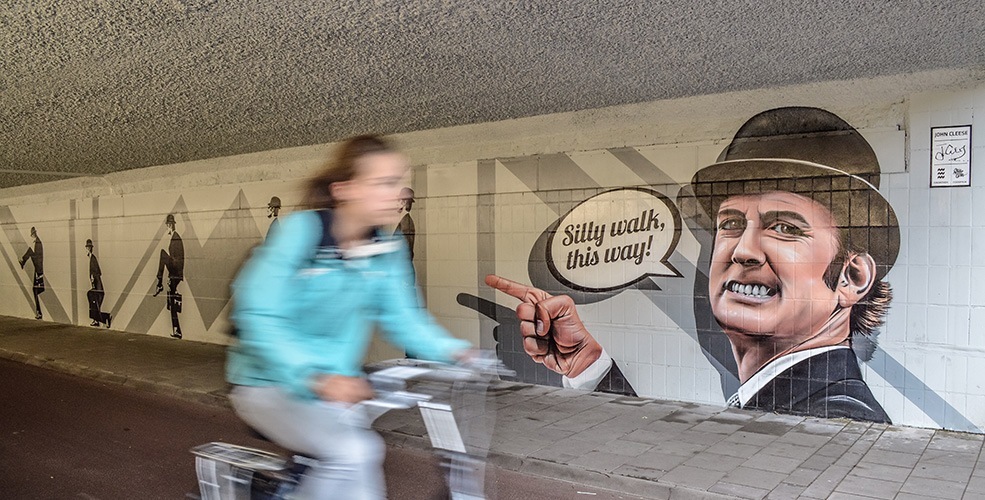 When we chose Eindhoven as one of our destinations for this trip, our focus was on the so-called ‘bike bling’ they had built in recent years – specifically the Hovenring bicycle overpass and the Van Gogh bicycle path inspired by his famous painting, ‘Starry Night.’

What we didn’t know until just before we arrived, however, was that in late April this year, graffiti artists from nearby Veldhoven, Studio Giftig, were commissioned to take the historically drab Dommel Tunnel, and create something that would liven up the well used pedestrian and bicycle tunnel running under the rail lines, linking the central station to Eindhoven’s Technical University and residential neighbourhoods to the north.

The results: the Silly Walks Tunnel – 130 metres of John Cleese’s more immortal sketches on Monty Python’s Flying Circus, as a member of the ‘Ministry of Silly Walks.’ 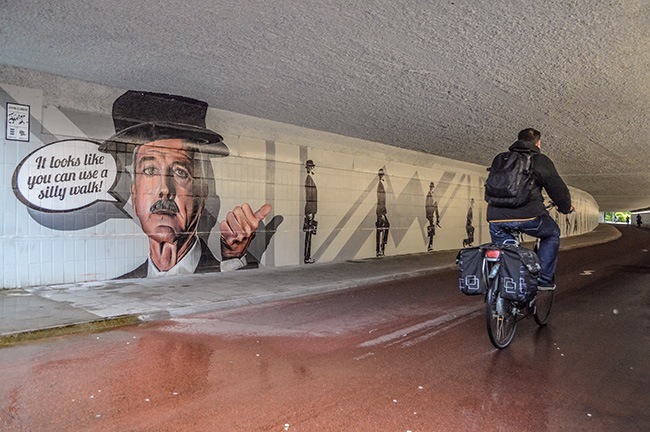 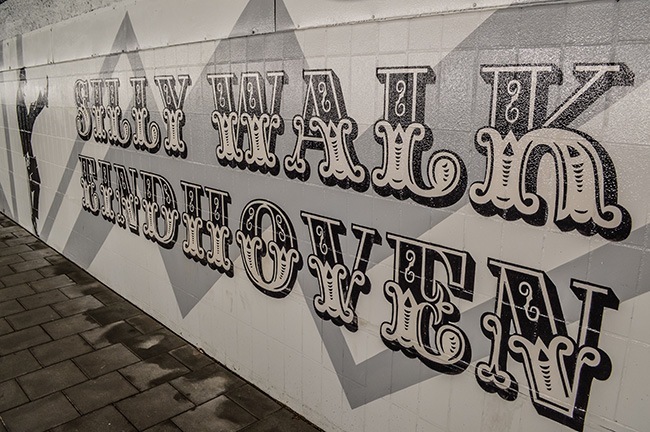 The artwork was unveiled to a packed crowd, eager to see the transformation of a tunnel many use every day to travel to the adjacent University. The artists themselves even reached out to John Cleese, who just happened to be in The Netherlands at the time, and made a special appearance at the opening, remarking, “Do you seriously have nothing better to do today?”

As self-professed Python fans ourselves, we made a point of making the tunnel one of our first stops. Aside from the admitted nerd-joy we felt, it was distinctly clear how some paint and clever artwork can transform a space from something ordinary to something special. 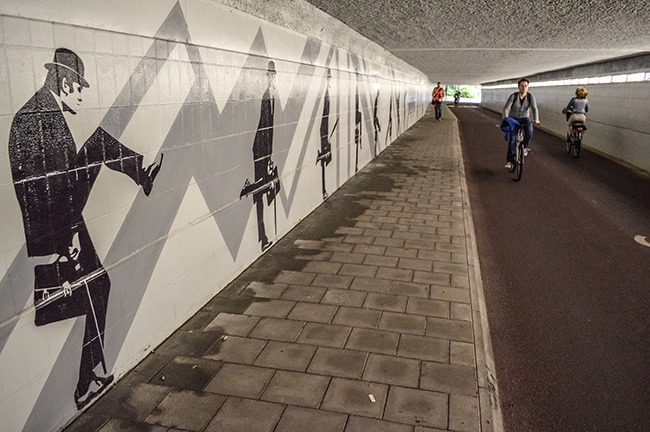 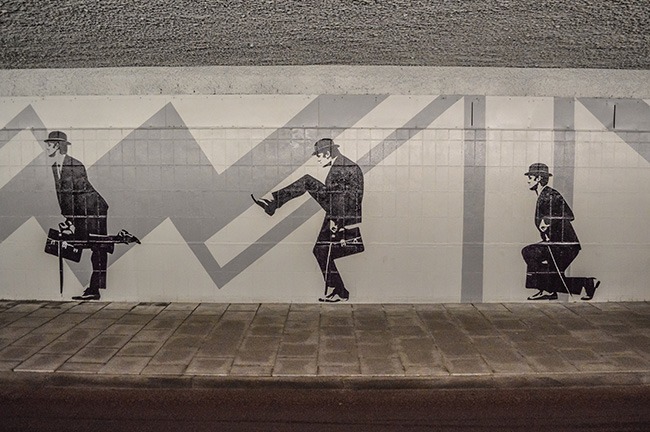 Tunnels are often a necessity when connecting walking and bicycle paths that intersect with high car traffic areas or rail lines – with overpasses being a more costly, and therefore less popular, option. But when they are nothing more than dark spaces to pass through, they often become places to avoid or simply get through as fast as possible.

The addition of art, colour and light develops a pride in the space for daily users, which not only creates a more welcoming space, but also somewhere where travellers feel safer.

The Ministry of Silly Walks is alive and well in Eindhoven, in a tunnel connecting their city centre and university. pic.twitter.com/gAoDLPw6Jb 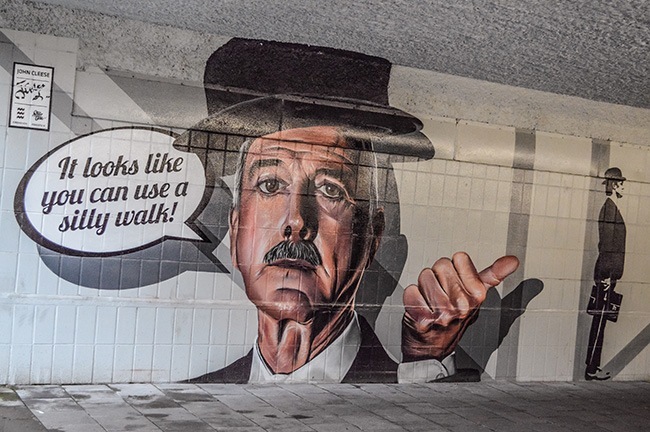 We could think of a number of places in Vancouver where artwork would add character and life to an otherwise grey space. Like the pedestrian underpass at the Granville Street cloverleaf, currently an uninviting space even on the brightest days, or the bicycle tunnel at Second Beach. Although a small space – a little bit of art could link the beauty of the surrounding natural environment with the built.

Over time, we are certain that the residents of Eindhoven will come to take this small splash of creativity for granted after logging hundreds of trips past it. For now, however, it is a point of pride for this growing city, and proof that if you paint it, they will come – maybe even John Cleese!