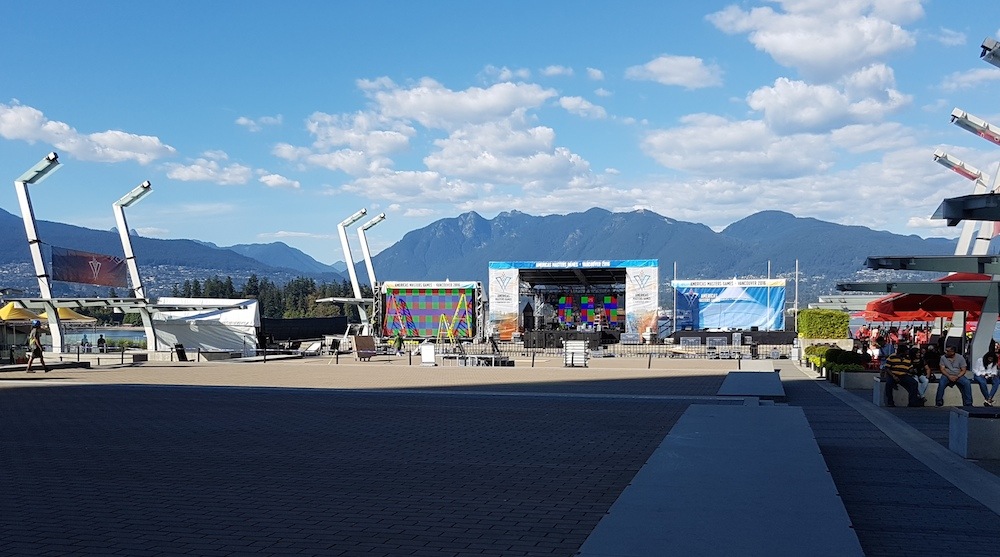 Jack Poole Plaza at the Vancouver Convention Centre is set to become a hub for celebration and entertainment over the next 10 days for the Americas Masters Games.

Beginning on Saturday, August 27 to Sunday, September 4, there will be festivities and activities daily at the plaza from noon to 10 pm. It begins with free yoga at noon followed by the opening of a beer garden at 1 pm, with daily Games highlights and presentations between 6 and 7 pm.

There will also be DJs and live entertainment from some of Vancouver’s top local bands each night.

Over 5,000 athletes aged 30 and over from more than 50 countries are in Vancouver to compete in 22 sports at venues across the city.

The Opening Ceremony from 6 to 9:30 pm on August 27 kicks off the festivities an athlete’s march, official speeches, First Nations blessing and presentation, raising of the IMGA flag, athlete’s oath, and the relighting of the Olympic Cauldron.

When: Daily from Saturday, August 27 to Sunday, September 4 (except on September 1)