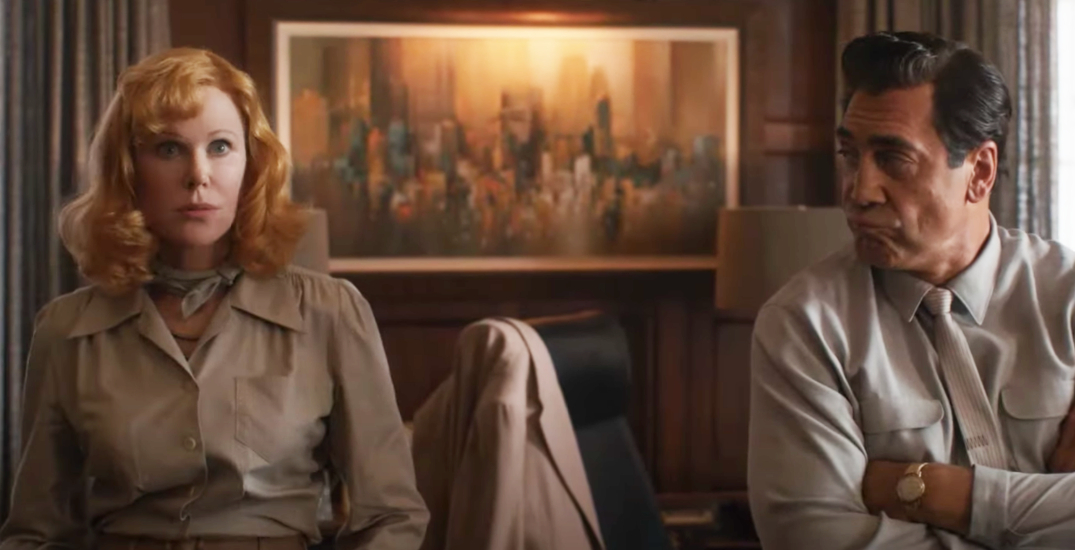 Being the Ricardos (Amazon Studios)

If you’re planning on doing a lot of streaming in December, Amazon Prime Video is bringing an intriguing slate of movies, shows, and documentaries to Canada, just in time for the holidays.

The stars are out in December, featuring the likes of Nicole Kidman, Javier Bardem, Vince Vaughn, and plenty of others.

Fire up some tasty holiday treats and get cozy with Amazon Prime in December with these new titles:

Inside Edge is the story of the Mumbai Mavericks, a T20 cricket franchise playing in the Powerplay League. Set in a landscape of conflicting interests, where selfishness is almost a virtue and sex, money, and power are mere means to an end, Inside Edge is a story that pulls no punches, minces no words, and takes no prisoners. Come witness the game behind the game.

In December 2019, Carlos Ghosn, the former CEO of the Renault-Nissan Alliance charged with financial crimes, stunned the world by fleeing Japan in a Hollywood-worthy escape. What triggered his downfall from celebrated industry leader to international fugitive? Ghosn claims he fell victim to a conspiracy involving Nissan executives and members of the Japanese government. Yet the charges against him are hard to ignore.

This documentary sheds light on this complex and multilayered story and divulges new details on his spectacular escape through interviews, archival footage, and exclusive access to Ghosn and his wife, Carole.

After seven years of marriage, a couple calls it quits, only to be forced to stay living in the same apartment until they can sort out their financial problems.

After the death of his uncle and a deadly mission to bring down Point Blanc, Alex Rider is eager to put the past behind him and rebuild his life. However, when a horrific attack on a friend’s family draws him back into the world of spies, Alex must unravel a sinister political plot with global repercussions.

Follow the club from their victory in the 2020 Champions League final to the end of the 2020/21 season, as well as delving into the past, present, and future of the German record champions in a way that has never been seen before.

A documentary about the impending global water crisis and how it is one of the most serious and pressing issues of our lifetime. As water comes perilously close to running out all over the planet, Day Zero examines the perfect storm of climate change and population growth, challenging our ideas about water and spurring us towards crucial action.

The Ferragnez is a docuseries without filters that tells the extraordinary life of Chiara Ferragni and Fedez. An authentic tale that unveils the behind-the-scenes of one of the most followed Italian couples ever and the most intimate moments of a young family that passionately fights for their dreams to come true.

Eugenio Derbez pits 10 of the best comedians in Mexico against each other in this celebrity showdown. As the clock counts down in this six-hour competition, their objective is to eliminate others from the house by making each other laugh. The last comedian who stays in the house without laughing wins the grand prize of one million pesos.

The sixth and final season of The Expanse picks up with the solar system at war, as Marco Inaros and his Free Navy continue to launch devastating asteroid attacks on Earth and Mars. As the tensions of war and shared loss threaten to pull the crew of the Rocinante apart, Chrisjen Avasarala makes a bold move and sends former Martian Marine Bobbie Draper on a secret mission that could turn the tide of the conflict. Meanwhile, in the Belt, Drummer and what’s left of her family are on the run after betraying Marco. And on a distant planet beyond the Rings, a new power begins to rise.

A decorated Marine goes on a rescue mission to save his two young sons from a mysterious threat. As their journey takes them in increasingly dangerous directions, the boys will need to leave their childhoods behind.

In this second lockdown special, the trio dive into the bizarre world of French car culture. On an epic road trip starting in the Welsh hills, they dish up a hair-raising mountain climb, bomb defusals, propeller-powered cars, helicopter stunts and the most thrilling race of their lives before reaching the English Channel for a jaw dropping medieval climax. And a soupcon of French art house cinema.

Follow the Diaz siblings, Lily and Jorge, who are on a mission to find love and purpose. The Diaz siblings cross paths with seemingly unrelated residents during some of the most heightened days of the year: the holidays.

Nina and Dylan, best friends since childhood, have no secrets from each other. Nina now lives in Paris while Dylan lives in Biarritz. Dylan always thought they would end up together, but never seriously tried his luck with Nina, as she laughed at him whenever he mentioned a future together. When Nina leaves her boyfriend and decides to go to Biarritz for an impromptu vacation with her two best friends, she finally clicks. As Dylan has just begun a new relationship, Nina realizes that he is indeed the man of her dreams. Full of twists and turns, their love story is going to be much more complicated than expected.

Being the Ricardos (Amazon Original)

Lucille Ball (Nicole Kidman) and Desi Arnaz (Javier Bardem) are threatened by shocking personal accusations, a political smear, and cultural taboos in Academy Award®-winning writer and director Aaron Sorkin’s behind-the-scenes drama Being the Ricardos. A revealing glimpse of the couple’s complex romantic and professional relationship, the film takes audiences into the writers’ room, onto the soundstage, and behind closed doors with Ball and Arnaz during one critical production week of their groundbreaking sitcom, I Love Lucy.

An accident forces Vivien and Royan to come to a stop and reclaim their lives, one minute at a time, and finally start living in the present, which perhaps will prove to be more exciting than anything predefined.

The muscular male dancers of the Chippendales captured the hearts and dollars of the 1980s. But even as crowds swelled, the beefcakes and businessmen behind the phenomenon plunged into lives of drugs, paranoia, and murder.

For the very first time, Carlo Verdone is playing his own role in a television series that chronicles his private life and the difficult relationship with a loving, jealous, and oppressive mother: Rome.

A frustrated suburban housewife and her best friend hatch an illegal coupon club scheme that scams millions from corporations and delivers deals to legions of fellow coupon clippers. Hot on their trail is an unlikely duo: a hapless loss-prevention officer and a determined US postal inspector – both looking to end their criminal enterprise.

Famous faces attempt to survive 14 days on the run from an elite team of hunters, for Stand Up To Cancer. The hunters have backgrounds in the police and military, and can access the “powers of the state” to track down the fugitives.

Discover the rise of Orelsan, one of the most iconic and popular French rappers of his generation. This documentary, in several parts, retraces the atypical course of the singer during his tours for the first time in front of the camera.