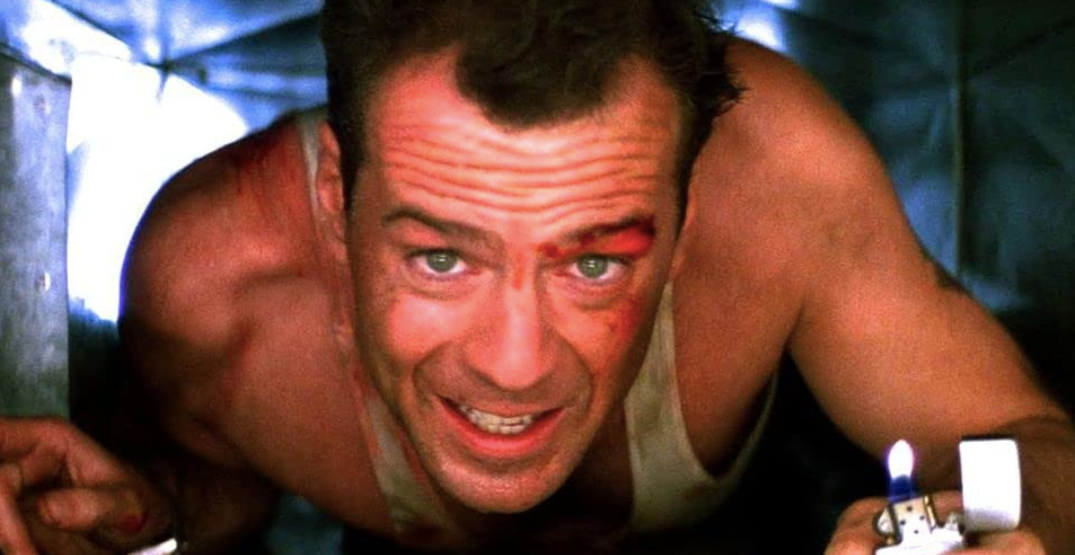 Christmas is a time to celebrate with your loved ones, eat good food, and listen to nice music. Since you’re spending so much time with families and friends, a few debates will arise; COVID-19, politics, the economy…

But of all the bickering and debating you might do this holiday, none is more important than which genre of movie Die Hard belongs to.

The 1988 film follows detective John McClane (Bruce Willis) as he hopes to spend Christmas with his estranged wife (Bonnie Bedelia). Things take a turn when he learns about a hostage situation in an office building, with his wife being one of them.

Movie fans have been debating it for years: is Die Hard a Christmas movie or not?

And while a good debate is healthy, we live in a world of absolutes, so it’s time to get to the bottom of this.

We’re highlighting reasons in favour of and against the Die Hard Christmas movie dispute, wrapping it all up with a bow on top at the end using a foolproof emoji point system.

It takes place on Christmas Eve

The first piece of evidence is tough to counter. The film’s plot takes place during a Christmas office party on Christmas Eve.

Chalk up an easy point for team Yippee-ki-YEAH it is a Christmas movie.

Because it doesn’t fall into the Christmas mould in that regard, we’re going to give a point to team no.

Santa Claus doesn’t make an appearance in Die Hard. Not even as a mall Santa. It’s tough to qualify as a Christmas flick when the jolly ol’ man himself doesn’t even make the cut.

The official Die Hard soundtrack is full of Christmas songs, all of which were in the film. We’re talking “Let it Snow!,” “Winter Wonderland,” “Christmas in Hollis,” and “Ode to Joy.”

Four Christmas songs in one movie? That sounds very Christmasy to us…

The holiday isn’t critical to the movie

Let’s double back here. Even though the film takes place on Christmas, the holiday isn’t really critical to the plot. The movie centers around McClane going to save his wife, and the fellow hostages, from Hans Gruber (Alan Rickman) and his henchmen.

This could have taken place during Thanksgiving, Halloween, or just a regular corporate office party.

Take the lead, team not a Christmas movie.

John’s wife’s maiden name is Gennaro, and her first name is Holly.

Can you get any more festive than that? That surely wasn’t an accident by the screenwriters.

We’re all tied up.

What does Bruce Willis think?

What does John McClane himself think?

During Comedy Central’s Roast of Bruce Willis in 2018, the actor said, “Die Hard is not a Christmas movie, it’s a goddamn Bruce Willis movie!”

Even if he was making a joke, he has not since countered that claim.

What does the screenwriter think?

Alright, Mr. Willis had his say. What about the writers?

One of the movie’s screenwriters, Steven E. de Souza, admitted in December 2017 on Twitter that Die Hard is a Christmas movie, even using the hashtag #DieHardIsAChristmasMovie.

It’s pretty tough to argue against the movie’s writer.

It snows at the end

But heck, if you do want to argue with the writer. How about this?

As the movie ends, the song “Let It Snow” by Dean Martin plays as the credits roll. Snowing in Los Angeles is not very common, but do you know what is?

Ending a Christmas movie with snowfall.

Point: 🎄  (5-4 for team Die Hard is most definitely a Christmas movie)