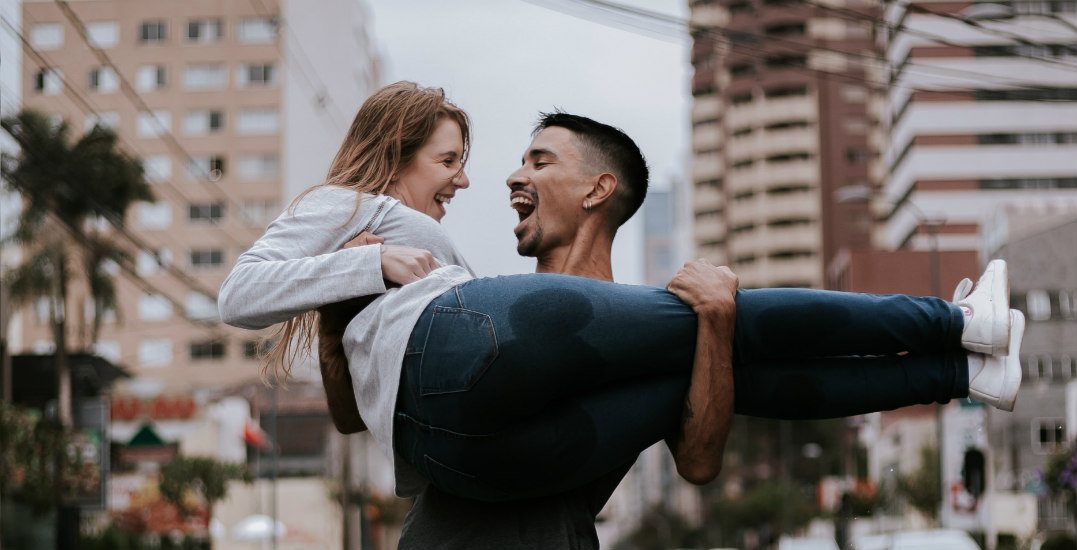 Everyone loves a good modern love story as much as the classic tales of Romeo and Juliet or Pride and Prejudice.

But these days, we spend so much time on social media that potential soulmates could be missing the chance to lock eyes on the train or meet at their local coffee shop. For this reason, it’s almost rare to meet a couple who met each other in real life, beyond the screens of their smartphones.

The thing is, relationships are not always as glamorous as they appear to be in Hollywood movies; they might not even start with a date until years down the line. But ultimately, no matter what your story or background happens to be, love is the one thing that brings people together in unity (too cute?).

We were curious to hear stories of how Canadian couples met in real life, inspired by the launch of Modern Love on Amazon Prime Video. The things that make their relationship special to them might be more surprising than you’d think.

My Grandma was my matchmaker 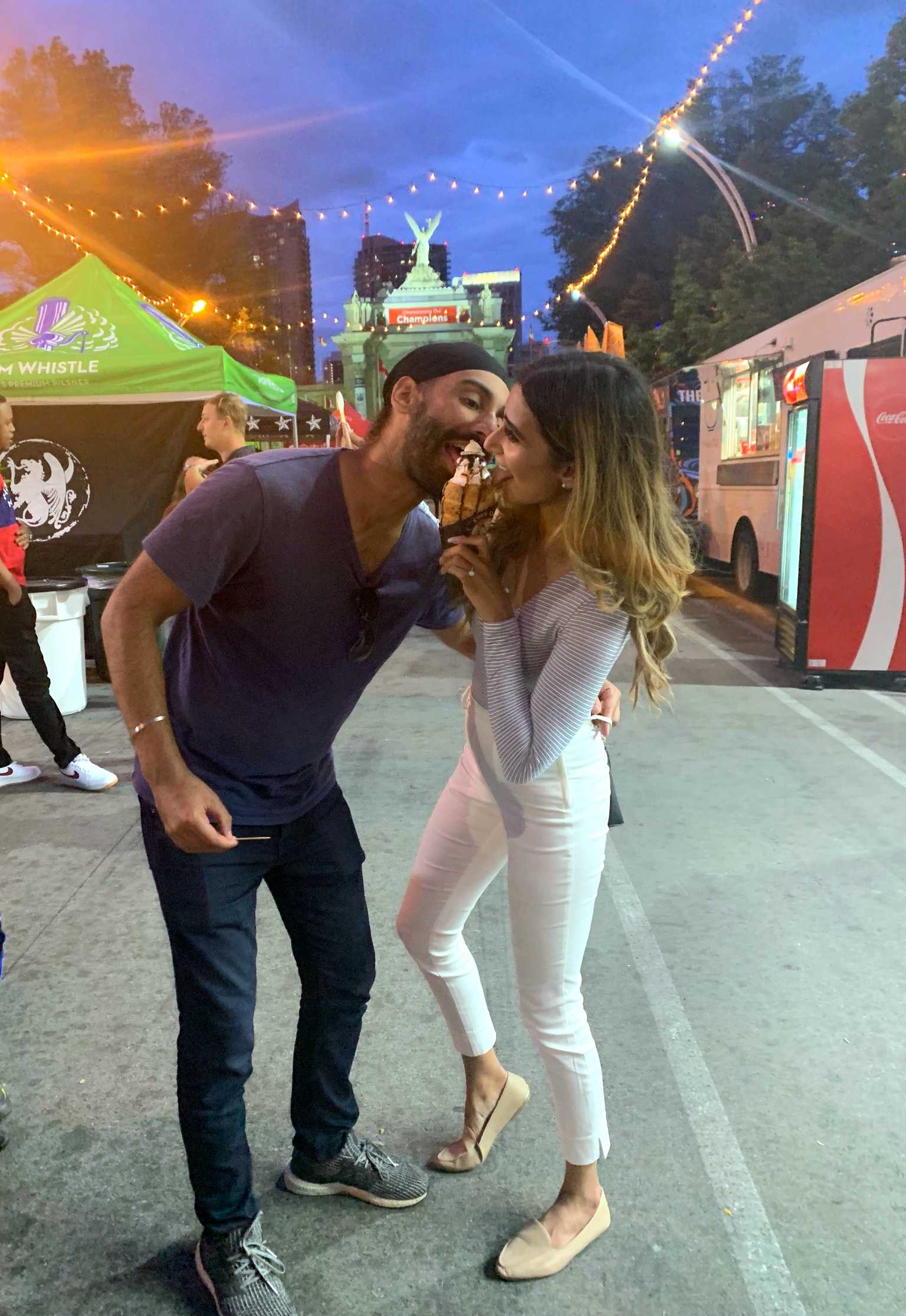 When Harpreet K. was visiting Vancouver from Mississauga, her grandmother mentioned wanting to introduce her to “an intelligent” young man. The person in question was her grandmother’s friend’s grandson, and lived just down the street from her in Vancouver.

In September 2018, Manny B. reached out to Harpreet in a text message (something they both chuckle over now due to its business-like demeanour): “Hey Harpreet, it was suggested we chat.” The pair met up the next night for dinner, and Harpreet says they were both a bit skeptical of the situation.

“We collectively felt uncertainty towards the idea of our families discovering suitable matches for us. Nonetheless, we decided to be open to the process and have fun with it. We also decided that putting our real feet forward, over our best ones, would make it more worthwhile,” Harpreet tells Daily Hive. 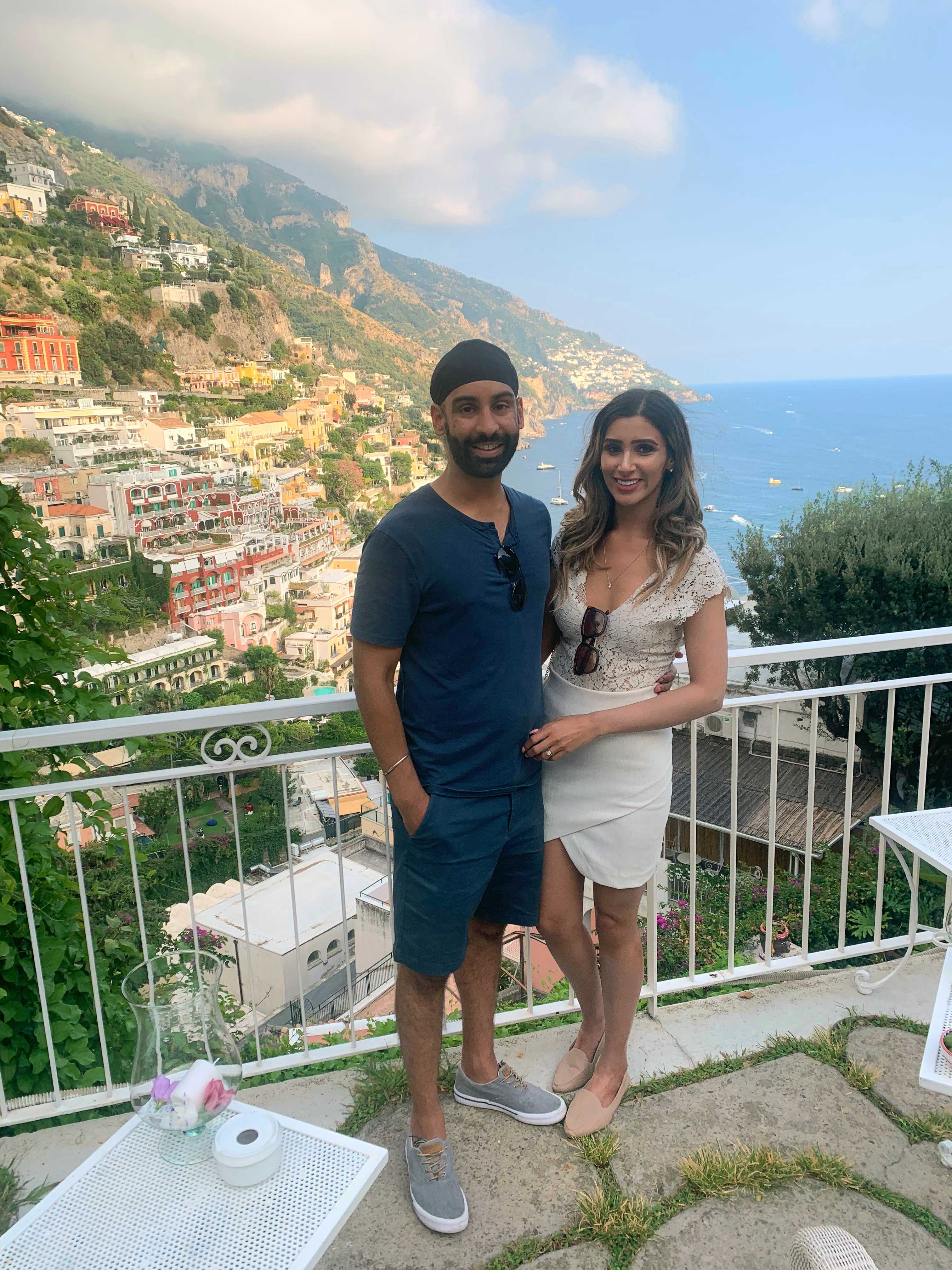 Although the two lived in different cities (Manny in Vancouver, Harpreet in Toronto), they visited each other on multiple occasions over the next few months, becoming closer with each trip. “To our surprise, we had many common interests and our values definitely aligned. The distance and time made forming our relationship more challenging.”

They eventually had to admit that their “families were onto something.” And just a few months later, in May 2019, Manny surprised Harpreet with a beautiful proposal, right by the Toronto skyline. “He recreated our very first date in Toronto, by taking me to the same places I had initially taken him,” she shares.

Manny officially moved to Toronto this summer, eliminating the struggles of long-distance.

“As we begin planning our wedding, we feel very fortunate to have stumbled upon something so meaningful, and we value the process that led us to discover the love we share,” Harpreet adds. 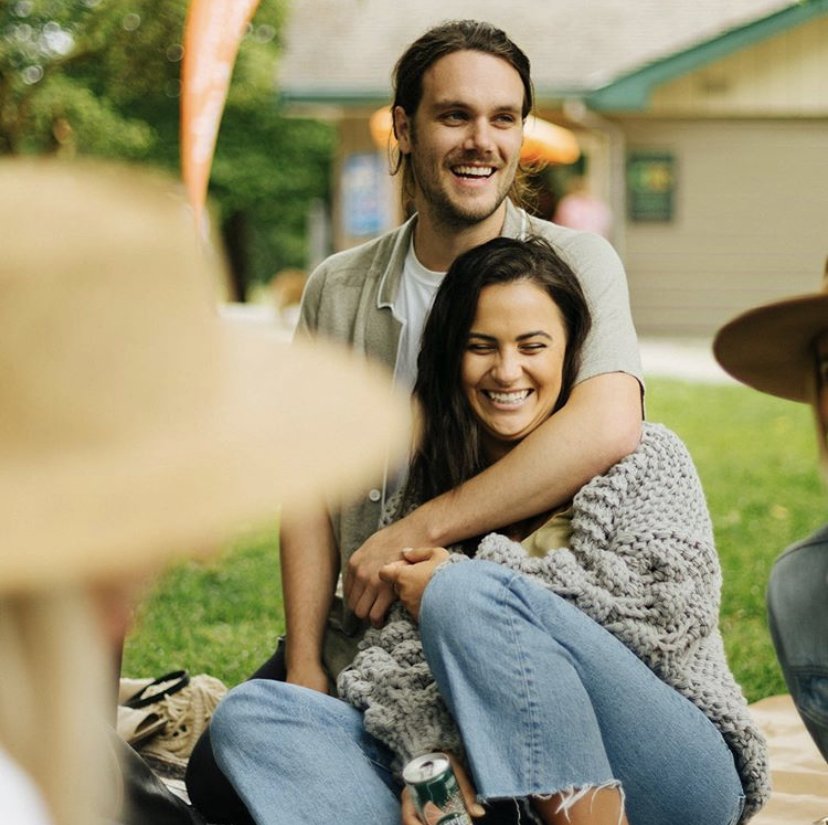 Lissy O. and Nano C. had a crush on each other for five years before they went on their first date.

“We met in my first semester, and he instantly became that ‘what if’ guy for me,” Lissy tells Daily Hive. The two ended up in a class together and Lissy was so distracted by him that she completely failed Psych 101. They only really knew each other from the 30 minutes they had spent on the 99 bus. “He didn’t ask for my number so I added him on Facebook since his name was so easy to find,” says Lissy.

After that, it was always missed connections for them. Lissy dated someone, Nano moved to Toronto, she moved to Toronto, then he was living back in Vancouver. When Lissy moved back to Vancouver for a job, Nano contacted her on social media, and in February 2016 they went for dinner. Lissy says “the rest is history.” 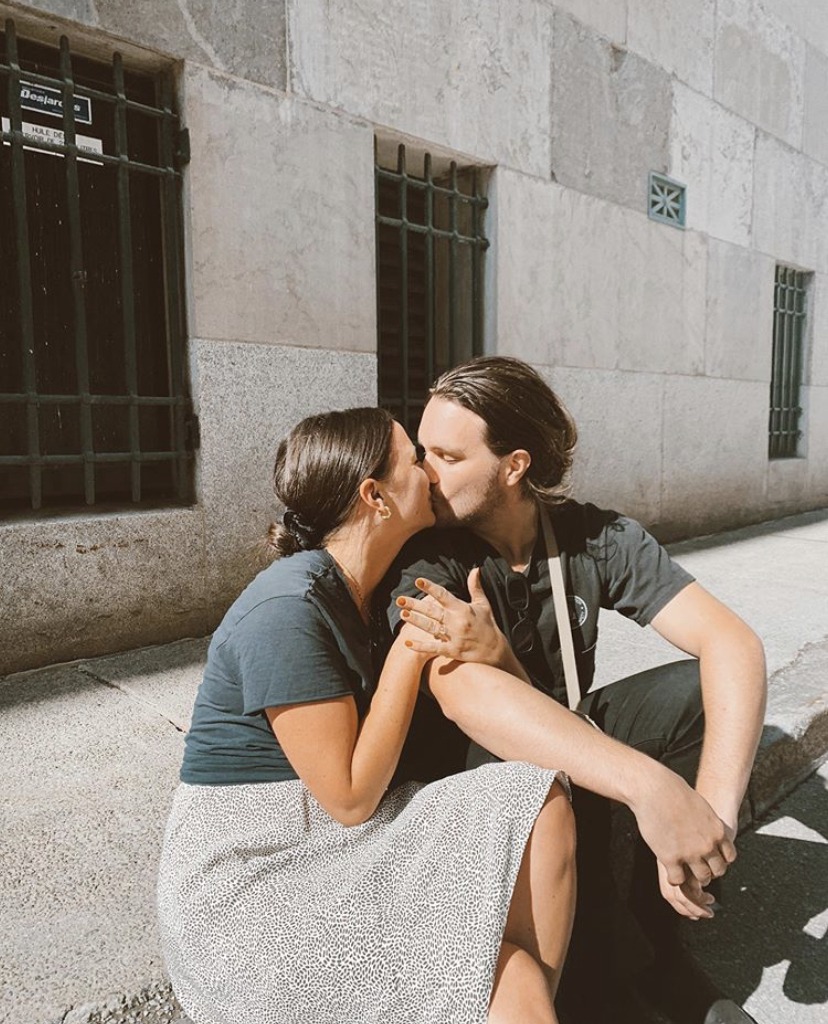 To make it even more romantic, Nano recently flew to Montreal while Lissy was on a work trip and proposed to her in a parking lot of the “cutest outdoor market.” Lissy says Nano keeps her on her toes and is always surprising her. “I can’t wait to fully start my life with my love,” she adds. 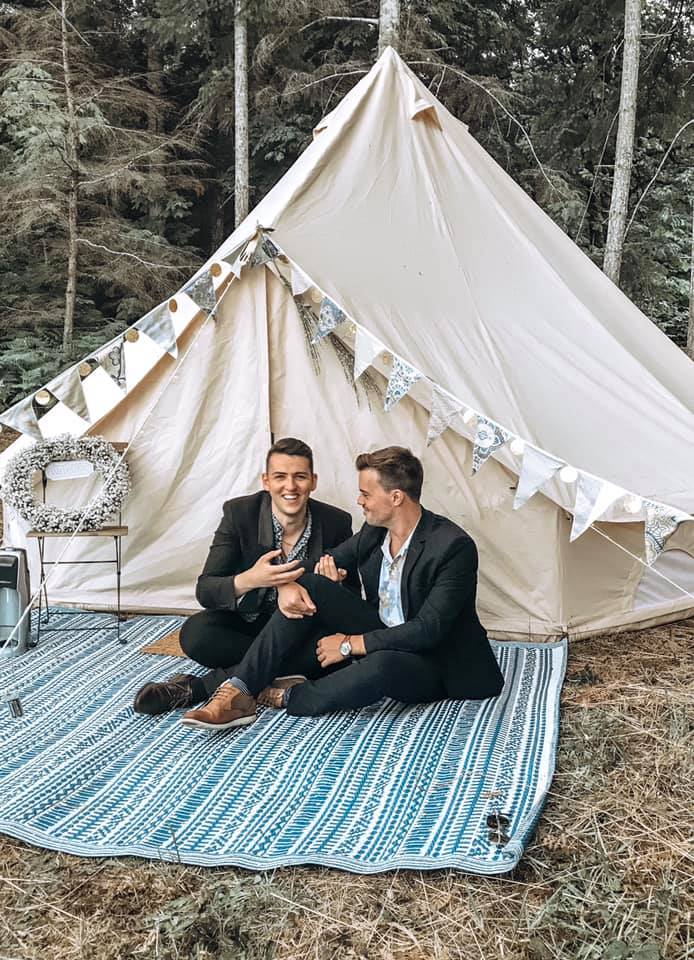 At the time, Justin was living in Toronto and Mathew was in Vancouver, but he had an upcoming show in Toronto that created the “perfect excuse” for the two to finally meet.

“We met, went for dessert at one of my favourite diners, and ended up hanging out every day he was in Toronto. Before he left, we agreed that we were going to go forward and see where this relationship would take us because we had such a great connection and wanted more,” says Justin.

Despite the fact that they were provinces and time zones apart, they never went a day without talking to one another. Justin says that because Mathew’s work schedule is pretty flexible, he was able to visit Toronto once a month, which made the time apart go by quickly. 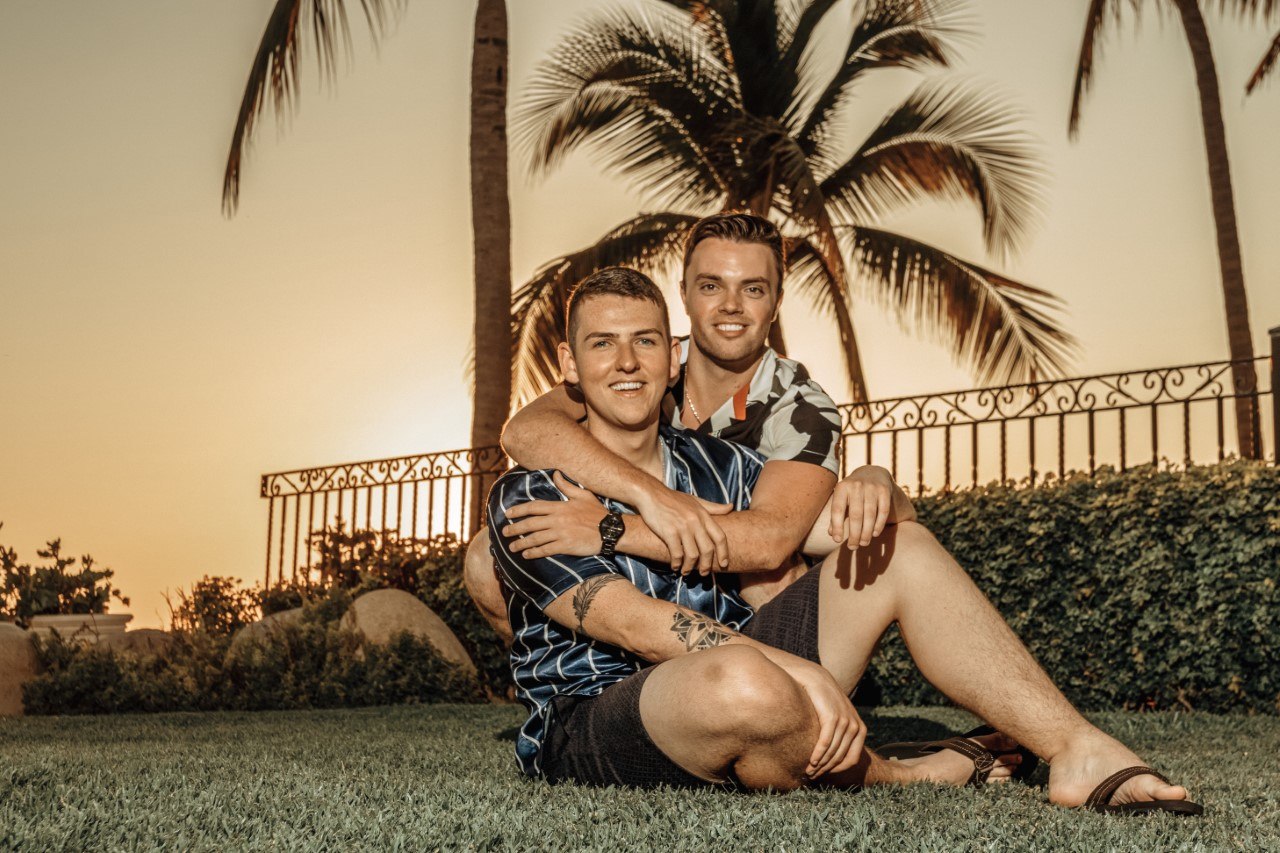 “We always wanted to have something to look forward to, so we had the next trip planned before one ended. We never went more than four weeks apart and ended up making several trips back and forth from Vancouver and Toronto, trips to Disneyland, and to Mexico,” says Justin.

Now, almost two years later, Justin is officially a BC resident, living with Mathew in Vancouver. “I fell in love with more than just him. I fell in love with his family and with Vancouver. I never pictured myself as someone moving across the country for love, but you hear about it all the time. So I know it’s not uncommon. But I am so happy that I did.”

Love doesn’t always show up in the way you think it should, and that’s the beauty of it. Immerse yourself in the emotion and the many ways love impacts life. Watch the new Amazon Original Modern Love, available only on Amazon Prime Video.