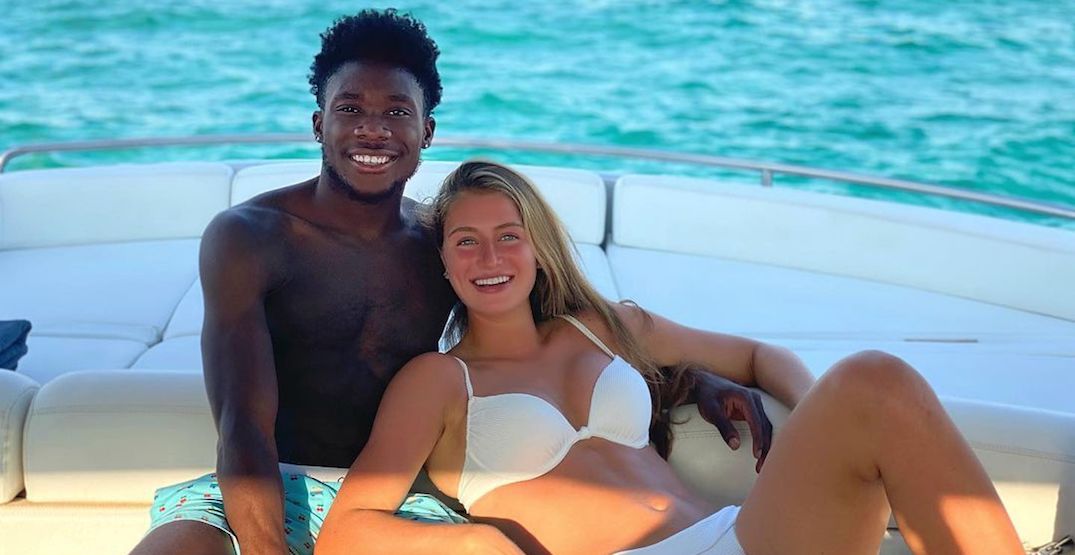 They did so by shining a light on racist comments they received on a photo from a trip to Ibiza, Spain, posted to Huitema’s Instagram account.

“These are the type of comments that are being put under my girlfriend’s pictures, also in her DMs and mine,” Davies said, sharing the photo with his 3.2 million Instagram followers over the weekend. “This is absolutely disgusting.”

“We will never see the good in the world if all we see is the colour of each other’s skin,” added Huitema to her million followers. “We are all part of one race, the human race.” 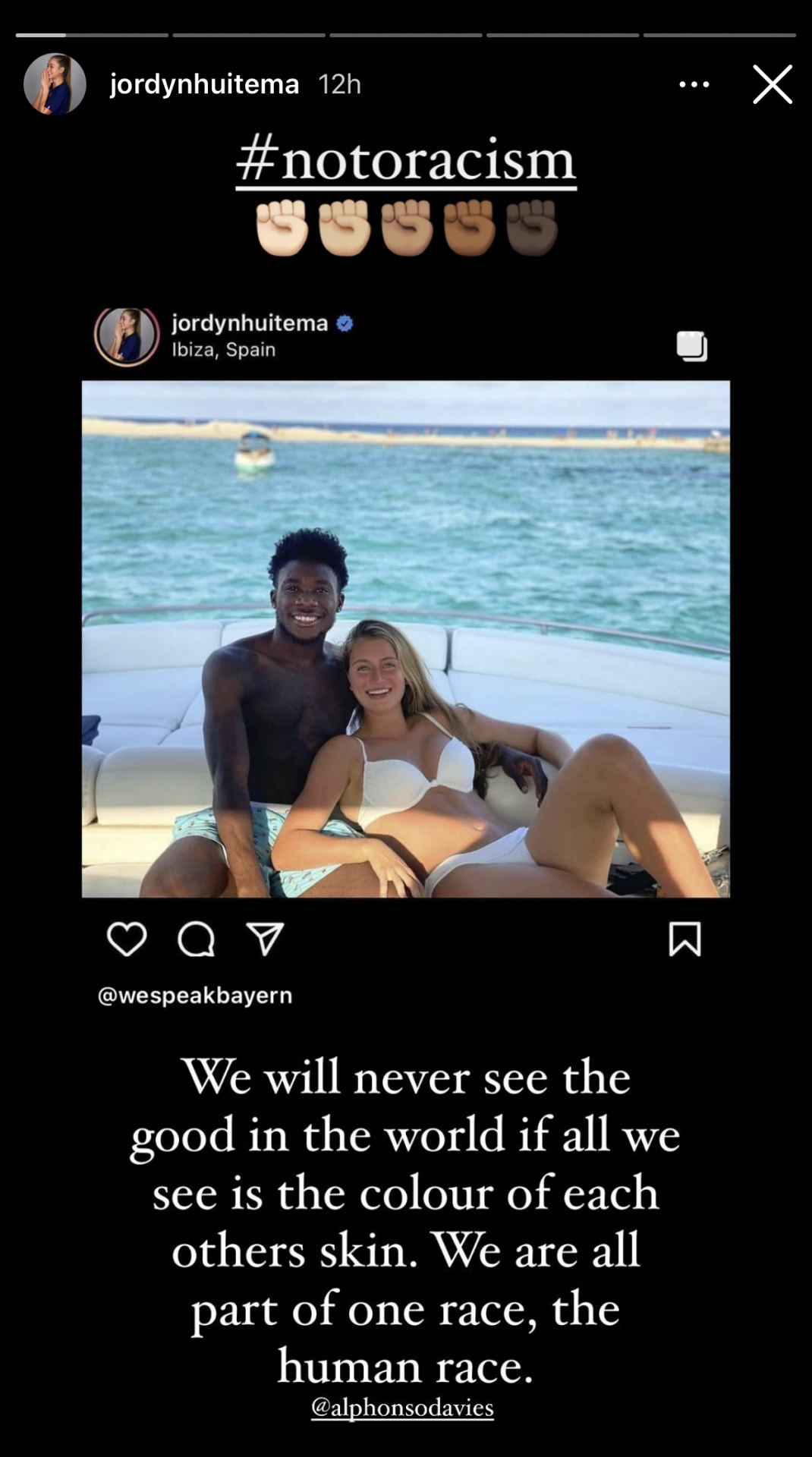 Huitema then shared screenshots of some of the truly despicable comments received on the photo, as well as an example of one of the direct messages she received. 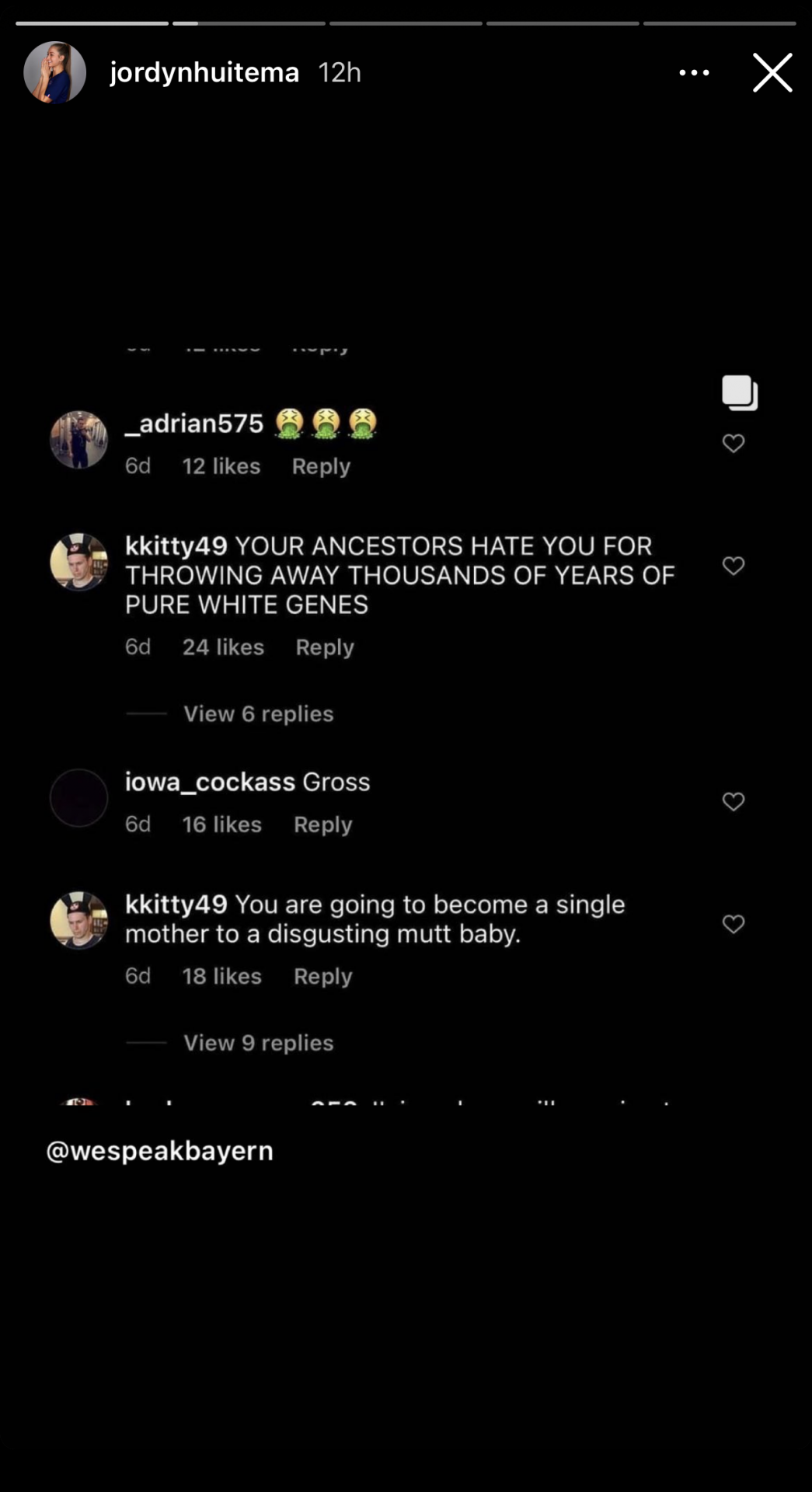 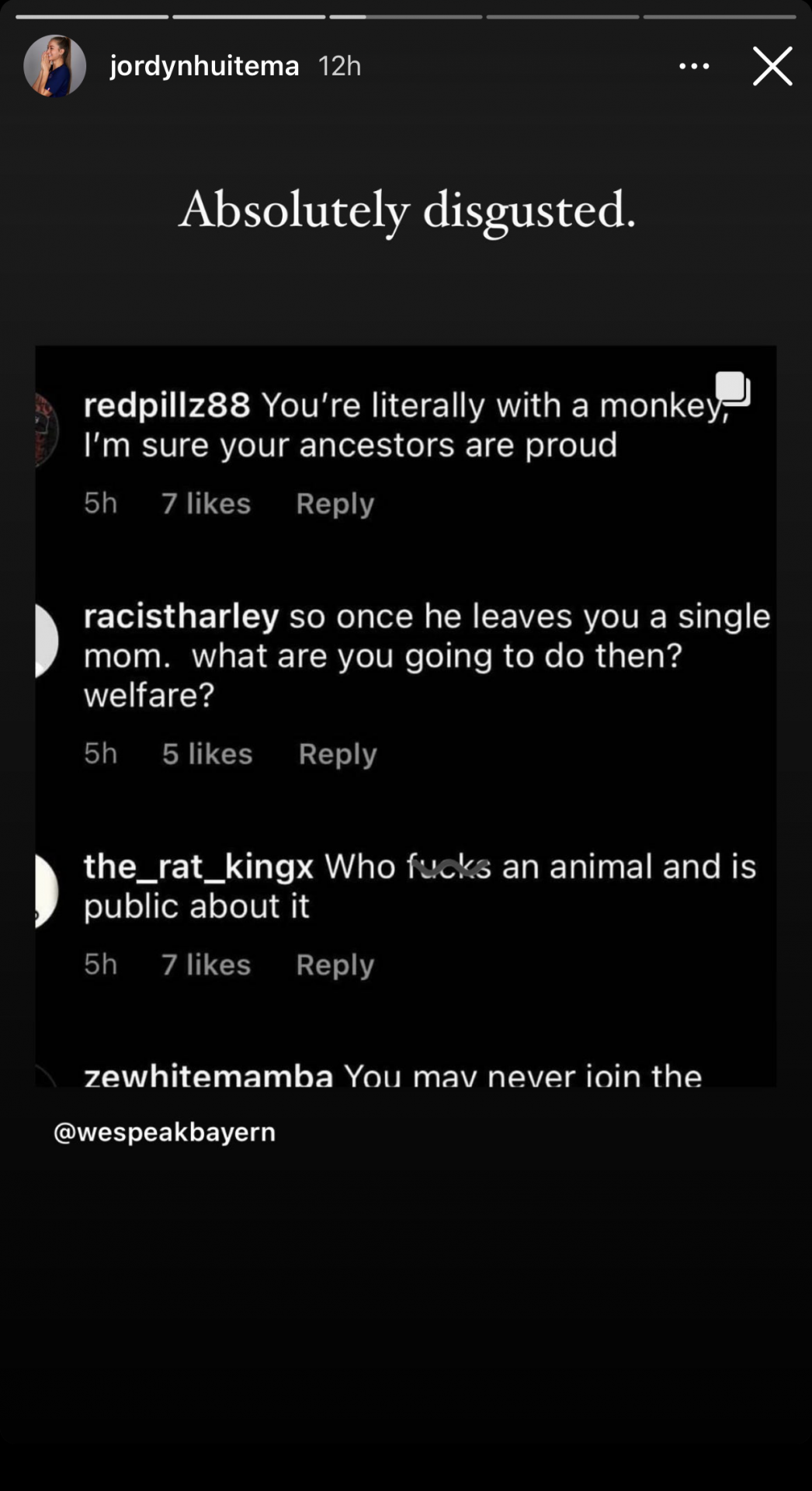 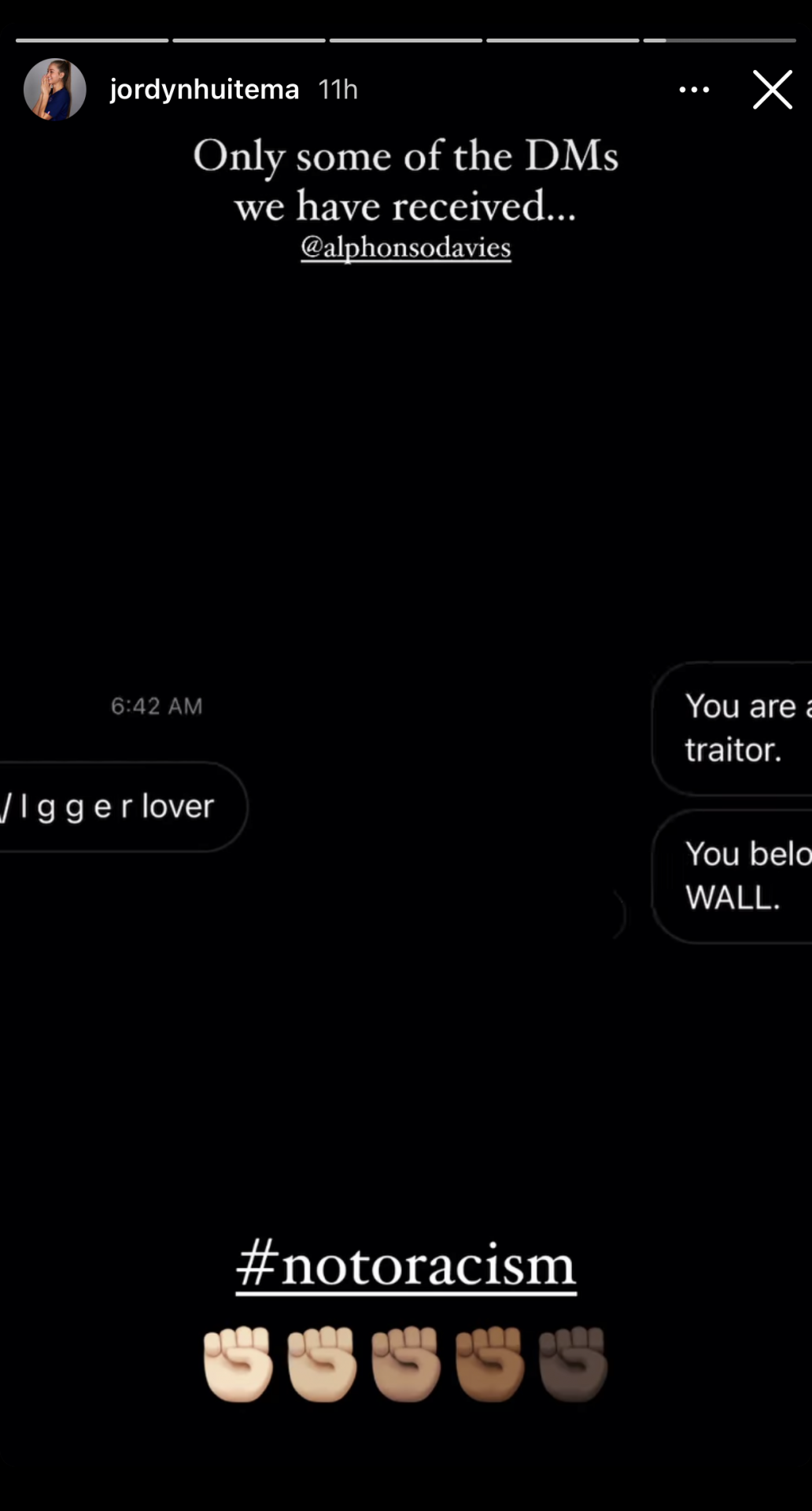 Davies, 20, and Huitema, 19, met and began dating prior to moving overseas to play professionally — Davies for Bayern Munich in 2018 and Huitema for Paris Saint-Germain in 2019. Davies, who grew up in Edmonton, is a former star for the Vancouver Whitecaps, while Huitema is from nearby Chilliwack, BC.

Davies also stars for the Canadian men’s national team, while Huitema is a rising star for the women’s national team. On Saturday, Canada Soccer released a statement condemning the racism the couple endured, saying they were “disappointed and appalled with the hateful comments.”

Share love not hate and work together for a better world.#NoToRacism pic.twitter.com/FrLNGvtONH