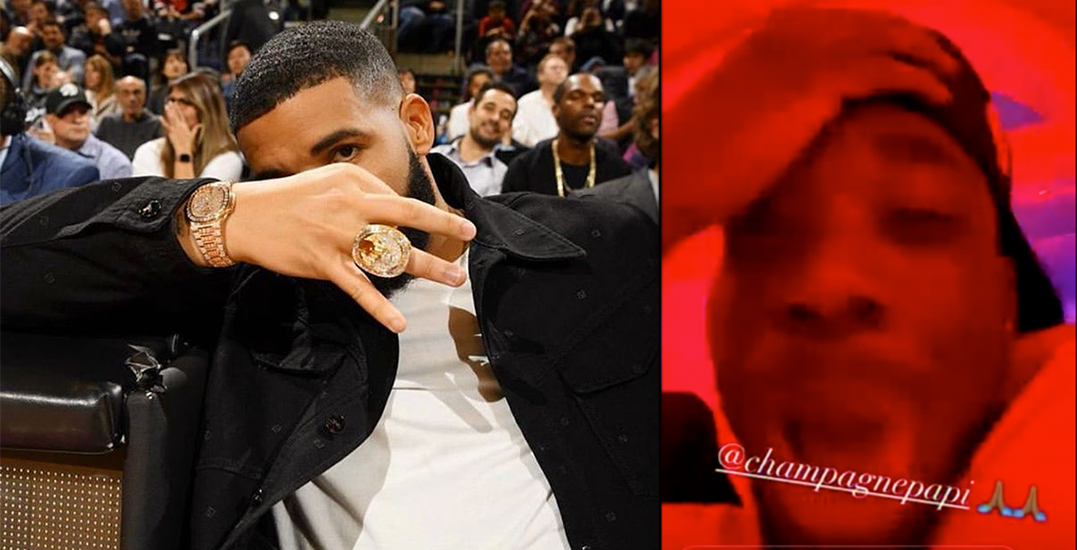 Becoming a UEFA champion is no small feat, but for Alphonso Davies, the accolades didn’t stop there.

On Sunday, Bayern Munich beat out Paris St. Germain in the Champions League final in Lisbon, Portugal. The 19-year-old, who grew up in Edmonton and played for the Vancouver Whitecaps, became the first Canadian to take home the title.

After the game, the celebration became even sweeter, when a certain celebrity took notice of Davies on social media. Rapper and fellow Canadian Drake followed the star athlete on Instagram, causing Davies to lose his mind.

“Drake! You followed me?” shouts a clearly excited Davies. “Oh my god, I can’t believe. My night is complete, I’m going to bed.”

At this point, getting the nod from Drake appears to be a rite of passage for Canadian athletes. Last summer, it was Bianca Andreescu who was waiting to hear from the Toronto-based rapper.

Shortly after Andreescu’s victory at the US Open, the tennis champ took to Jimmy Fallon and revealed she still had yet to hear from Drake.

“Champagne Papi, I’m waiting for you,” she said in an interview.

Looks like Davies has double the celebrating to do.