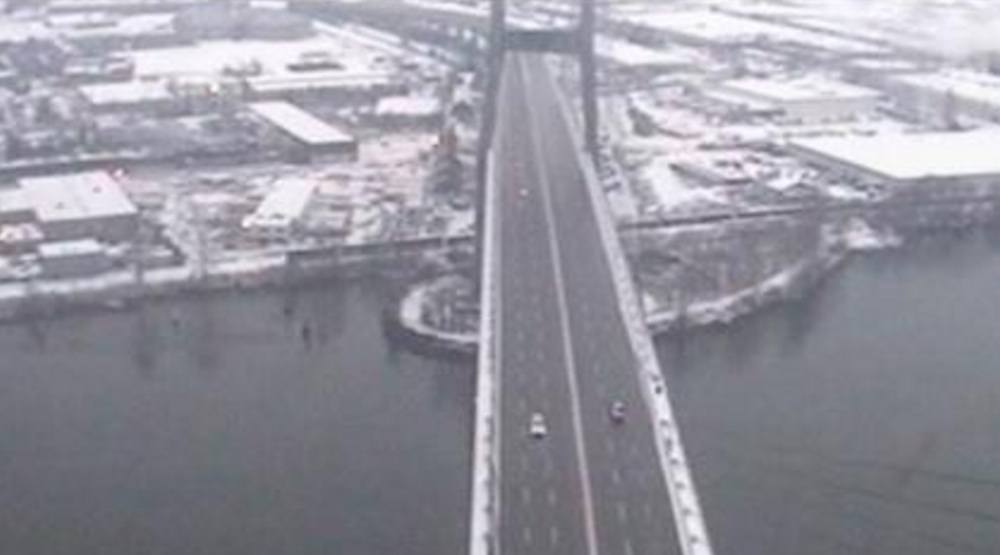 UPDATE – 11:26 am: One lane has now reopened in each direction on the bridge, according to Delta Police. However, assessment continues at the scene, and police said drivers should still expect delays.

Drivers planning to use the Alex Fraser Bridge today are being warned to expect “major delays” this morning, as the bridge is currently closed in both directions.

In a tweet, Delta Police said the bridge was shut down northbound due to falling ice.

They then followed up, saying the bridge had been closed in both directions.

In a tweet, Drive BC said an assessment is in progress, and crews are on scene.

CLOSED – #AlexFraserBridge is closed in both directions. Assessment in progress. Crews are on scene. Expect major delays, use alternate route. #NewWest #RichmondBC #DeltaBC

The closure comes as  Environment Canada’s snowfall warning remains in effect for the Metro Vancouver region.

The wet snow began falling Thursday evening and Environment Canada says “total accumulation will be highly dependent on elevation and proximity to the water.”