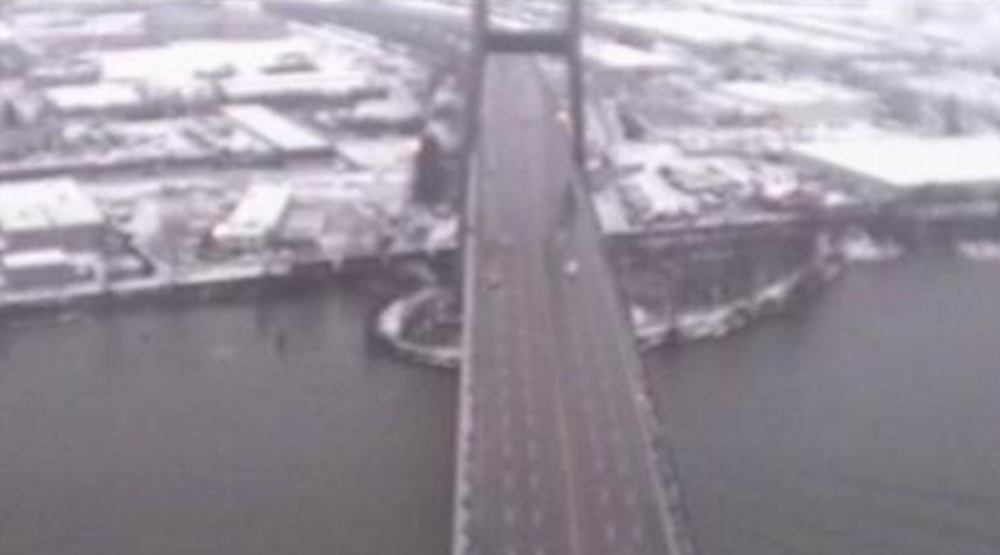 The Alex Fraser Bridge is closed to all traffic as of 11 am this morning due to continuing issues with falling ice.

According to the BC Ministry of Transportation, the closure is a safety precaution and the bridge will reopen when conditions are safe. Earlier this morning, snow and ice were seen shedding off the outside cables and onto lanes of traffic.

“This full bridge closure is necessary to protect the travelling public, due to recent snowfall and ice build-up on the cables, along with increased winds,” reads a statement by the Ministry.

Drivers are advised to take alternate routes through Massey Tunnel or Pattullo Bridge. Government-operated live traffic webcams indicate there is no traffic backlog in the other two crossings as a result of the closure of the Alex Fraser Bridge. Traffic at the time of writing is extremely light for a Saturday.

Officials say they do not have an estimate time for when the bridge may reopen, but they are “hopeful” for early afternoon.

The closure comes after a number of incidents during Monday’s snowstorm when cars were damaged by falling ice and snow on both the Alex Fraser and Port Mann bridges.

There are currently no new reports of falling ice on the Port Mann Bridge following the overnight snowstorm.

Conditions in Metro Vancouver are expected to warm slightly, just over the freezing point, with precipitation transitioning into wet snow or rain by this afternoon. 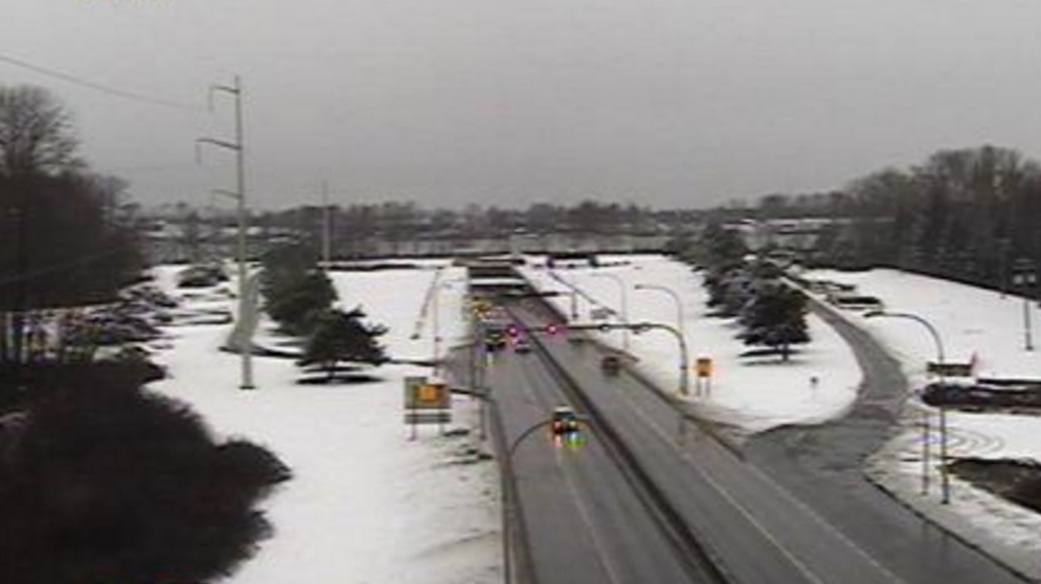 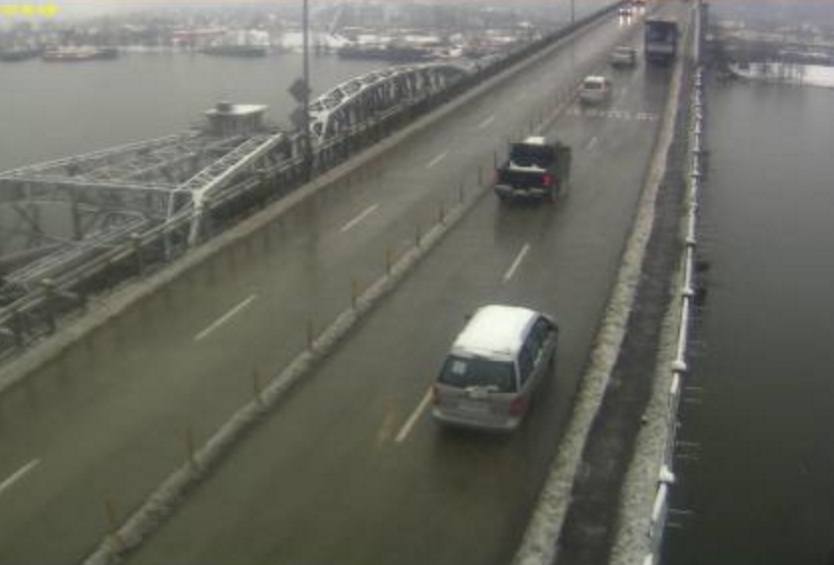 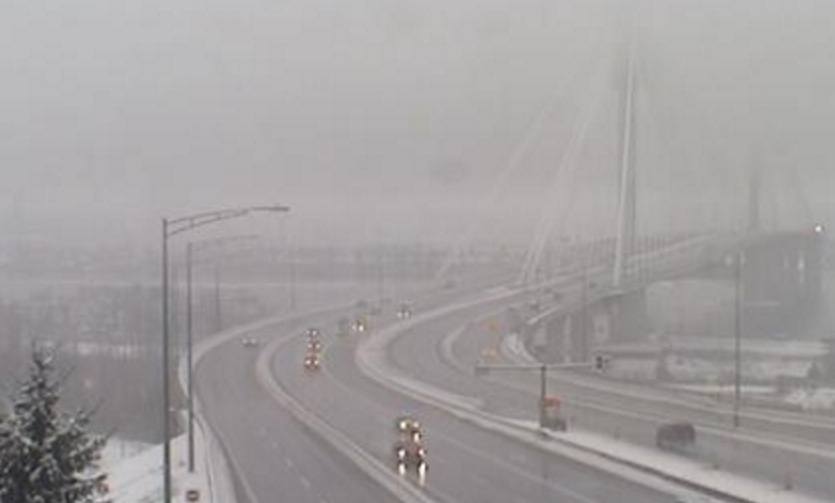