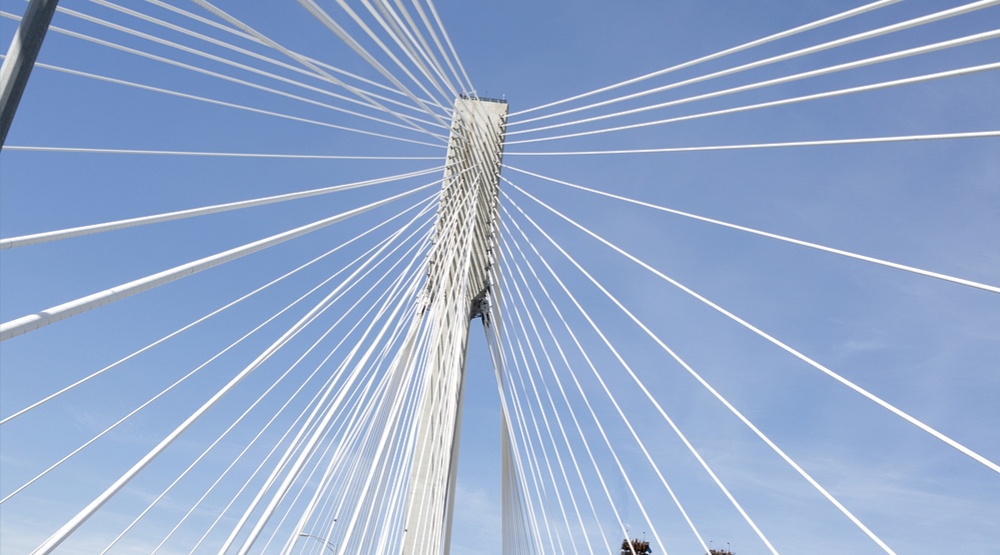 There’s been some scary moments for drivers crossing the Port Mann and Alex Fraser bridges over the past 24 hours.

Yesterday’s snowy weather has reportedly caused chunks of ice and snow to fall from the cables of the bridges, resulting in damage to the vehicles below.

Be careful on the Alex Fraser, my mom’s windshield was smashed at 1pm @AM730Traffic pic.twitter.com/ft71z7akom

“Ice bombs” … Frozen chunks/snow falling on windshields on both #portmann and #ALEXFRASER bridges. Be careful folks!

In a statement issued on Monday the province stressed that it’s “rare” for enough snow and ice to accumulate on the two bridges to cause problems for drivers, although it acknowledged that there were reports of incidents occurring thanks to this latest bout of winter weather.

“We are looking into these reports and encourage any drivers who may have experienced damage to contact the ministry so that we can determine how it might have happened,” Patrick Livolsi, an engineer and assistant deputy minister with the Ministry of transportation and Infrastructure said in a statement.

“We have been in touch with one driver who had windshield damage while crossing the Alex Fraser and we are working with the individual now.”

Livolsi also pointed to bridge features that are meant to prevent major issues related to weather from taking place on the bridge.

For example, he said, “on the Port Mann Bridge, cable-sweepers have been installed
to clear the snow from the cables before ice has the chance to form.”

This system “limits the size” of ice that could accumulate on the Port Mann Bridge’s cables and significantly reduces the chance of damage to vehicles, Livolsi explained.

As the Lower Mainland forecast is calling for more winter-like conditions and further snowfall, the ministry will “continue to closely monitor both bridges to ensure the travelling public is safe.”

The province is also encouraging anyone who has experienced damage to their vehicles from falling ice or snow, to contact them by phone at 604-424-8240.