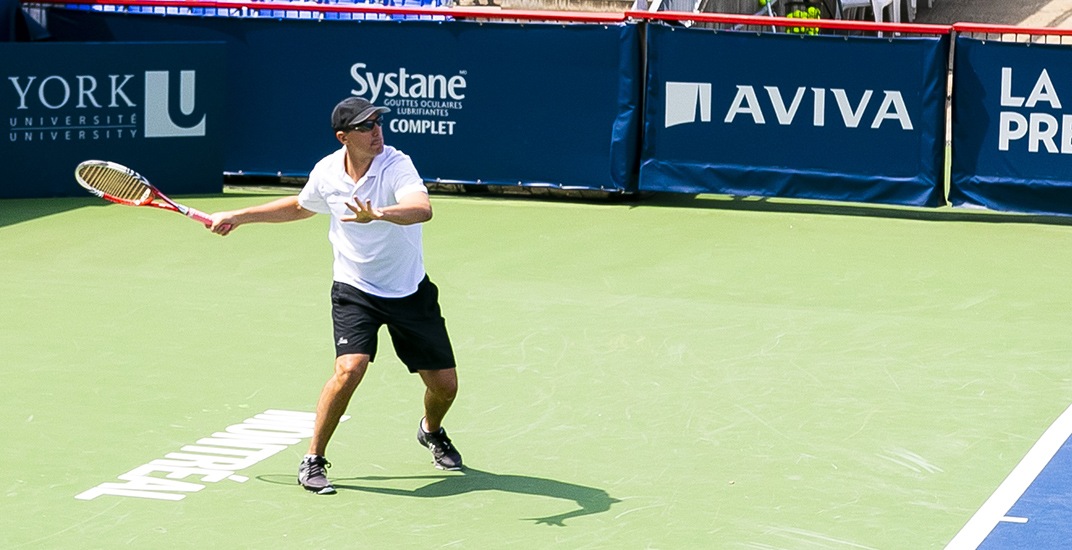 Many Canucks fans will be able to tell you when Alex Burrows’ first child was born.

It’s one of the famous tales from the Canucks’ most successful periods that peaked in 2011.

They’ll tell you how mere hours after scoring the Game 7 overtime goal against Chicago in 2011, just after he slayed the dragon, Burrows received a call from his wife Nancy telling him to get to the hospital ASAP.

Not sure that’s exactly what happened the night their daughter Victoria was born, but that’s the story that’s been pieced together in many Canucks fans’ minds.

Alex and Nancy now have three young kids aged eight, six, and three, who obviously never had the chance to watch their dad play at the peak of his hockey career in Vancouver. Those were the years he and the Sedins were mesmerizing fans and winning scoring titles with their mind-blowing no-look passes and endless offensive-zone possessions.

So when his three youngsters had the chance to watch him compete this past weekend, they took full advantage, coming out with the whole family, signs and all. 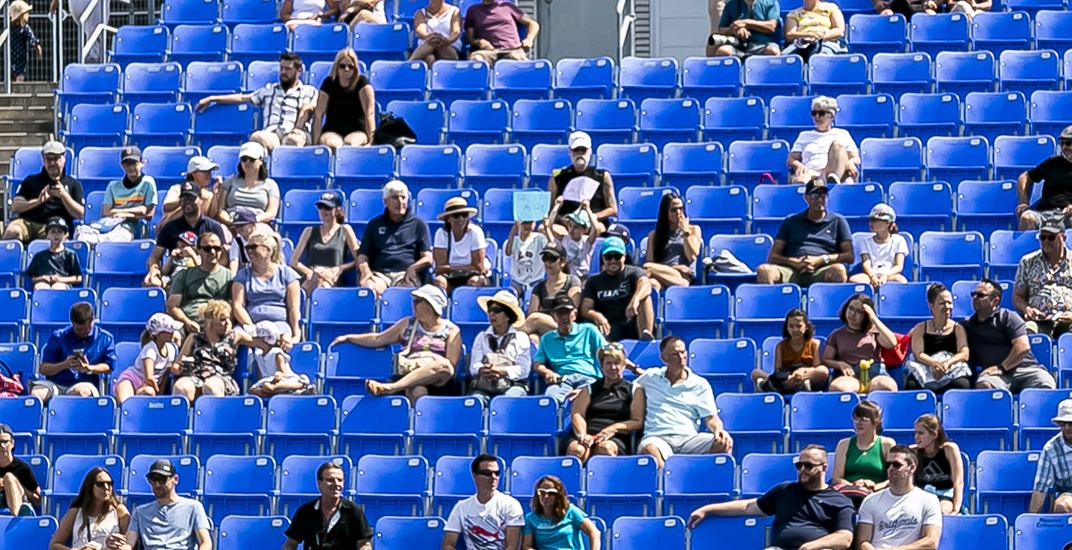 As you can see in the title picture, Burrows wasn’t playing hockey. He was playing tennis in the Celebrity Cup Challenge at the Rogers Cup in Montreal on Sunday, and whole family, including his father, wife, sister, and their six young children all came to watch.

“They were having fun. They’ve seen many (hockey) games but they were young kids,” Burrows told Daily Hive after the exhibition.

Now here’s something you may not know about Burrows: he is a massive tennis fan.

The long-time Canuck and Quebec native explained that he’s been coming to the Rogers Cup in Montreal for as long as he can recall.

“I still remember being here two years ago when Shapovalov beat Nadal. It was amazing,” he said, speaking of Denis Shapovalov’s 2017 run to the semi-finals.

Burrows was also in the stands when Vasek Pospisil and Milos Raonic played their semi-final in 2013. That was two rounds after Pospisil’s epic three set win over Tomas Berdych – the tournament’s fifth seed that year – which Burrows also witnessed.

“It was a packed super-loud atmosphere.”

Life after playing in the NHL

Since Burrows’ retirement as a player following his 2018 season in Ottawa, he has been working as an assistant coach with the Laval Rocket – the Montreal Canadiens’ affiliate team.

Does that mean he’s working his way up to an NHL head coaching job?

“I really enjoyed my job as an assistant coach last year and that’s what I’m going to be again this year,” he answered.

“I’ll try to do that as good as I can and if something opens up later on or I want to try a new project or a new mission, I’ll try that.”

Another thing he’ll be doing this year is coming to Vancouver for a couple of Canucks ceremonies that have always been a foregone conclusion. Daniel and Henrik Sedin will see their numbers retired at Rogers Arena in February, while Burrows will be inducted into the team’s the Ring of Honour in December.

“I’m super excited,” he said of the upcoming ceremonies.

“It was nice to see the Sedins at the draft that’s for sure. It almost comes full circle – they’ve meant so much to me for my career.”

Following his remarkable career in Vancouver – which as everyone knows began as an undrafted player out of the ECHL – Burrows is quick to spread the credit for what he managed to achieve.

“There’s just so many people to thank – my support cast – my friends and family, all my great teammates I’ve had throughout the years that helped me accomplish this,” he says.

“I feel like everyone that helped me out, it means a lot to them.”

Another topic we touched on was the passing of Jason Botchford this summer, a journalist who Burrows was in frequent contact with during his time as a Canuck.

“Botch, he was a special writer,” said Burrows.

“I know he ticked me off a few times, but he was super professional and once I got a little older I kind of understood the way he wrote his stories and the way fans were connecting to his stories.”

“Now that I’m retired, I’ve been reading the Provies (and the Athletties). The way he was able to adapt social media and the gifs and all the stuff with his writing. I thought it made a new style of writing – really original. That was his personal touch. I’m sure a lot of fans in Vancouver are going to miss him.”

Burrows added that the people he really feels for are Botch’s family members.

Before leaving, I had to mention the following Sportsnet 650 poll to Burrows.

POLL: With Tim Duncan becoming an assistant coach with the San Antonio Spurs, which of these former Canucks do you think would make the best coach?

His response: He didn’t say anything about the Sedins, Kesler and Luongo are trying to figure things out, but Bieksa?

“He likes to talk, so he’d probably be a good coach.”