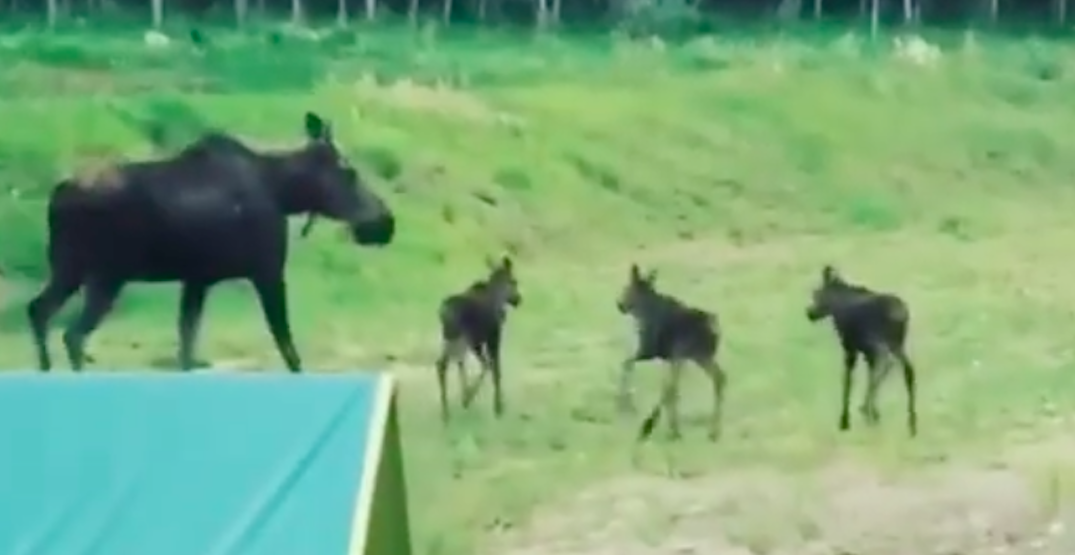 An Alberta woman had a special, up-close-and-personal encounter with one of Mother Nature’s mothers – a moose to be precise – recently, and it was all captured on video.

Randi Ingram lives and works in the town of Didsbury, about an hour north of Calgary.

While Ingram was in her backyard this week, a momma moose decided to stroll onto her property with her offspring in tow.

And while that in itself would be a special thing to see, it was the number of offspring this particular animal had with her that was truly a sight to behold.

The moose was accompanied by not one, not two, but three little ones who were all patiently following their mother, as she made her way along.

Ingram captured the whole incident on camera, and posted it to social media.

Yes, there’s nothing quite like the great outdoors – especially when it comes to first-hand encounters with some of its residents.