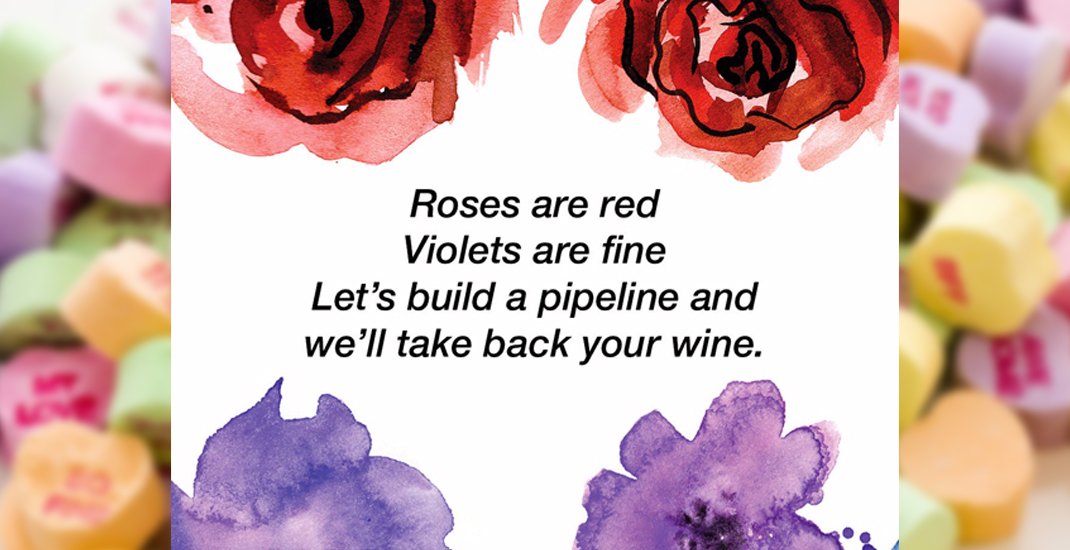 There are typical Valentine’s Day cards and then there’s this beauty from the Alberta Government.

In the spirit of the day, Rachel Notley’s NDP has sent a special “greeting” to British Columbians.

And it seems not even the feel-good nature of the day is enough to distract her government from the Trans Mountain Pipeline issue.

But not content to just leave us with a “clever” (and we use the term very loosely) poem, the card also encourages people to “find someone who looks at you the way Rachel Notley looks at dogs.”

It’s hard to tell from that line if Notley is one of the 12 million Canadians who is alone on Valentine’s Day according to a recent survey, but either way it’s good (?) to know that we are on her mind on this day of love.

Last week, BC Premier John Horgan said he would not be “distracted… while the government of Alberta chooses to take retaliatory trade actions against our province.”

Notley said BC is “creating – probably intentionally – significant instability around a project that is very, very important to jobs and the economy across this country.”

But hey, the card is a nice touch.