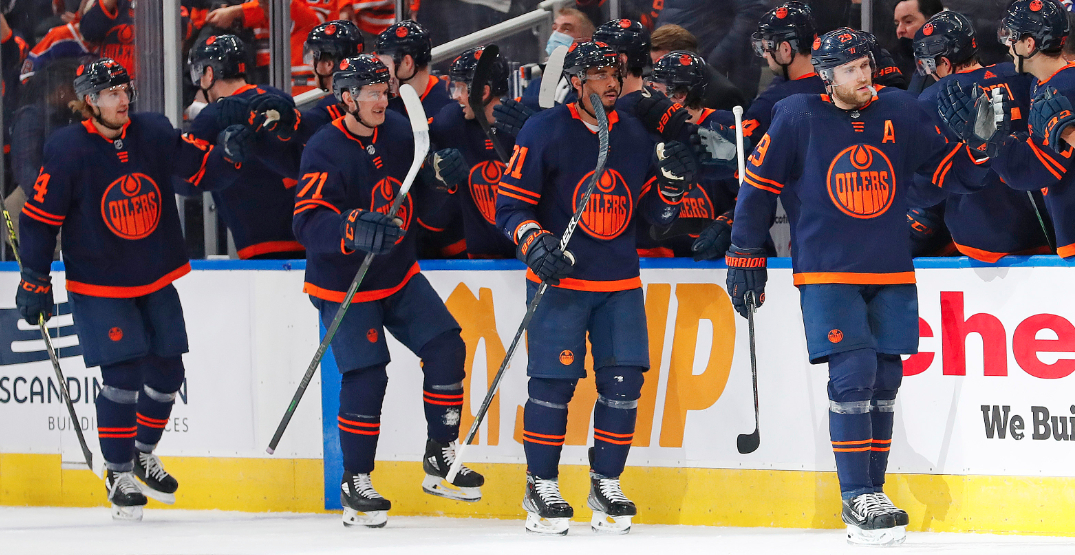 The Edmonton Oilers are supporting Ukrainian-Canadians in their latest 50/50 draw.

Following the Russian invasion of Ukraine over recent weeks, the Oilers announced today that 50/50 proceeds from their upcoming draw will support the Canada-Ukraine Foundation.

Net proceeds from the EOCF online 50/50 today through Wednesday will support the Canada-Ukraine Foundation! 🇺🇦

We also have THREE loge tables for upcoming #Oilers home games PLUS a Ford Escape to be won with today's early-bird draws!

At press time, the pot was over $150,000. In addition to the cash prize, the Oilers’ foundation is also offering loge seats at an Oilers game, as well as a Ford Escape for those who buy early bird tickets throughout the day.

“The Canada-Ukraine Foundation was formed in order to coordinate, develop, organize and deliver assistance projects generated by Canadians and directed to Ukraine. CUF therefore was established as a national charitable foundation that would coordinate with Canadian organizations that have projects in Ukraine, as well as other projects in Canada,” the organization’s website reads.

50/50 tickets can be purchased through the Oilers’ website here.