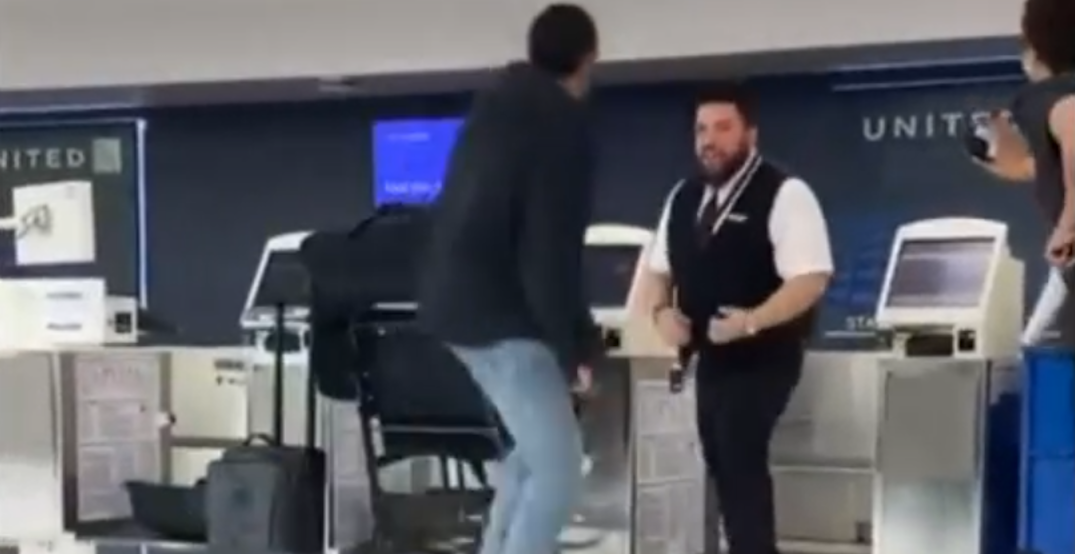 An airline employee was left bloodied after getting into a fist fight with a former NFL football player who was set to play in Canada this season.

It’s unclear how the fight got started.

This clip has been floating around, but most people posted a shorter edited version. This is the longest video available. It's ex NFL player Brendan Langley and an airline attendant getting in a scuffle. pic.twitter.com/Tmp3uS52Mp

According to TMZ, Langley was arrested and charged with simple assault, while United has fired the employee.

The 27-year-old pro football player was a third-round draft pick by the Denver Broncos in 2017 and was briefly a member of the Seattle Seahawks before signing with the Stampeders as a free agent in February.

“The Calgary Stampeders football club is aware of the reports concerning Brendan Langley,” the Stampeders said in a statement shared with Daily Hive. “The team is currently looking into the matter in order to learn the full details and will have no further comment until the investigation is complete.”

Langley has since spoken about the incident on Twitter.

“[You] can clearly see soooo many [United] employees watching everything unfold while I’m basically begging for help,” said Langley. “Craziest part not one of them helped deescalate the situation! It was like they wanted it to happen. Like I had a target on my back.”

every angle shows me walking away from buddy, i had a whole ass flight that morning i did not want any smoke! he followed me all the way down to the kiosk just to cause me bodily harm. im honestly still shocked