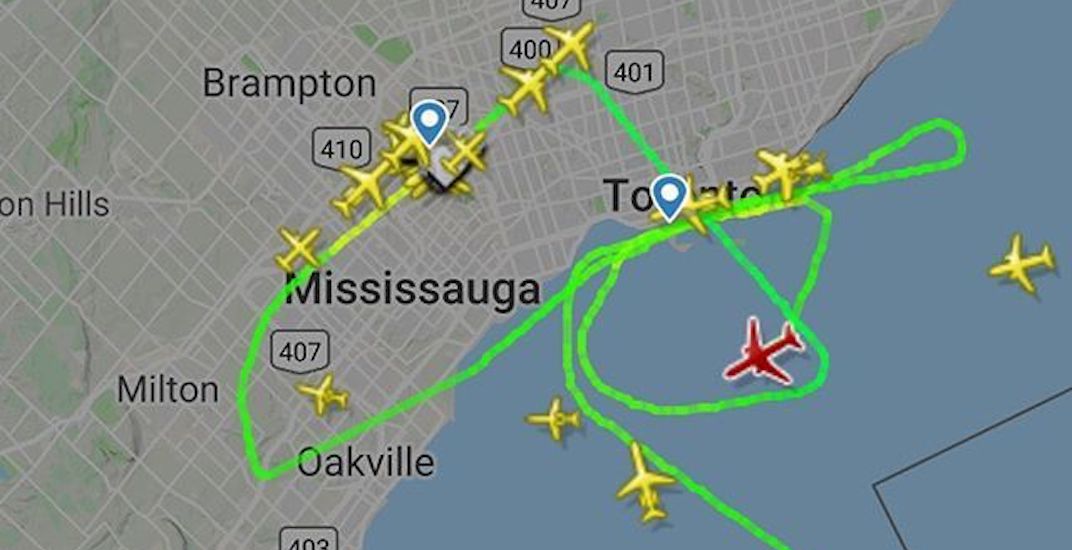 While Drake is actually participating in today’s parade, his lavish private jet is flying around the city.

Drake’s plane took off from Hamilton International Airport and circled around downtown Toronto, before eventually returning to Hamilton.

Drake first showed off his new mode of transportation — a Boeing 767 with two bedrooms, a number of couches, and a flat-screen TV — last month.

The Raptors’ global ambassador used the new plane to get to Las Vegas over the weekend, where he partied with players. He even gave some of them a ride back to Toronto in it.