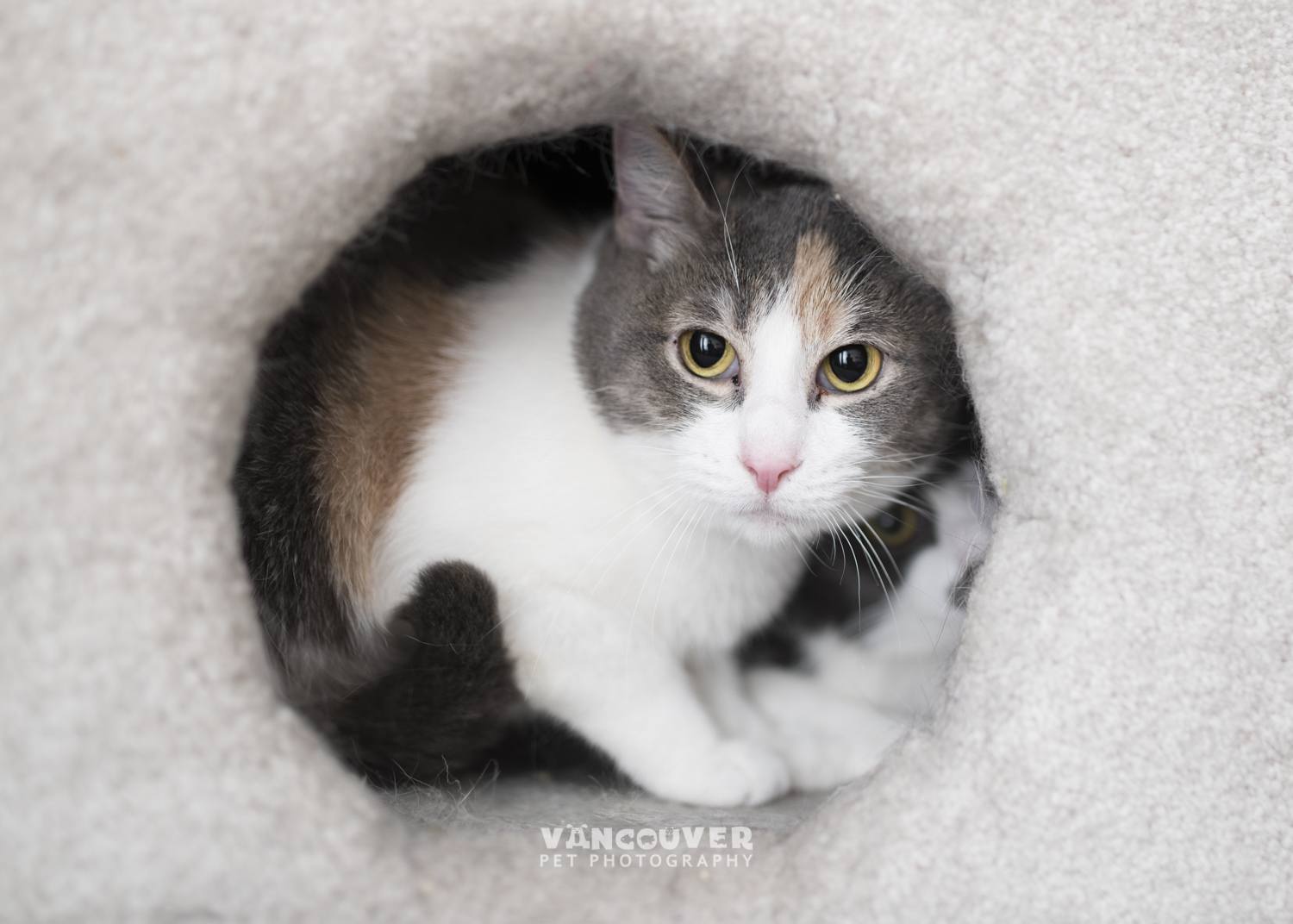 ‘Tis the season of giving so why not consider giving a furr-ever home to a kitty (or two) in need of one?

Although giving pets as presents is never a good idea, the holiday season can be a good time to adopt if you’ve thought through the decision and are prepared for the responsibility that comes with rescuing an animal.

During the holidays, people are usually home more often so this can help ease the transition when you bring a new cat home. You’ll have more time to spend together and bond.

Right now, the Vancouver Orphan Kitten Rescue Association (VOKRA) has more than 90 kitties available for adoption. Many of these are older cats or bonded adult pairs that often get overlooked by prospective adopters. Kittens are a popular choice, but they also come with the middle of the night “zoomies” and are still developing their personality. With an adult cat you know their temperament and they’re often mellower and more relaxed.

“When you adopt an older cat you really are giving them a second chance,” said Tasha Bukovnik, VOKRA volunteer.

“Many of the adult cats in our care came to us through no fault of their own and deserve to have a home they can call their own.”

Here are 13 older kittens and cats looking for home for the holidays: 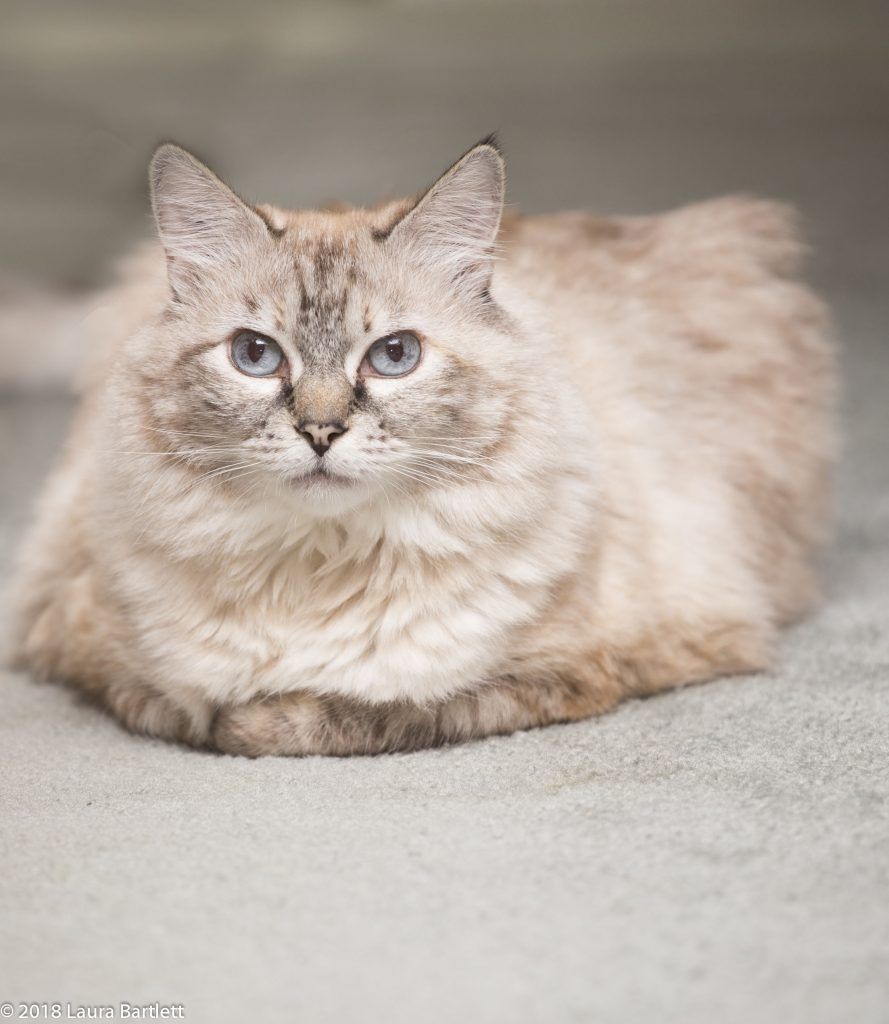 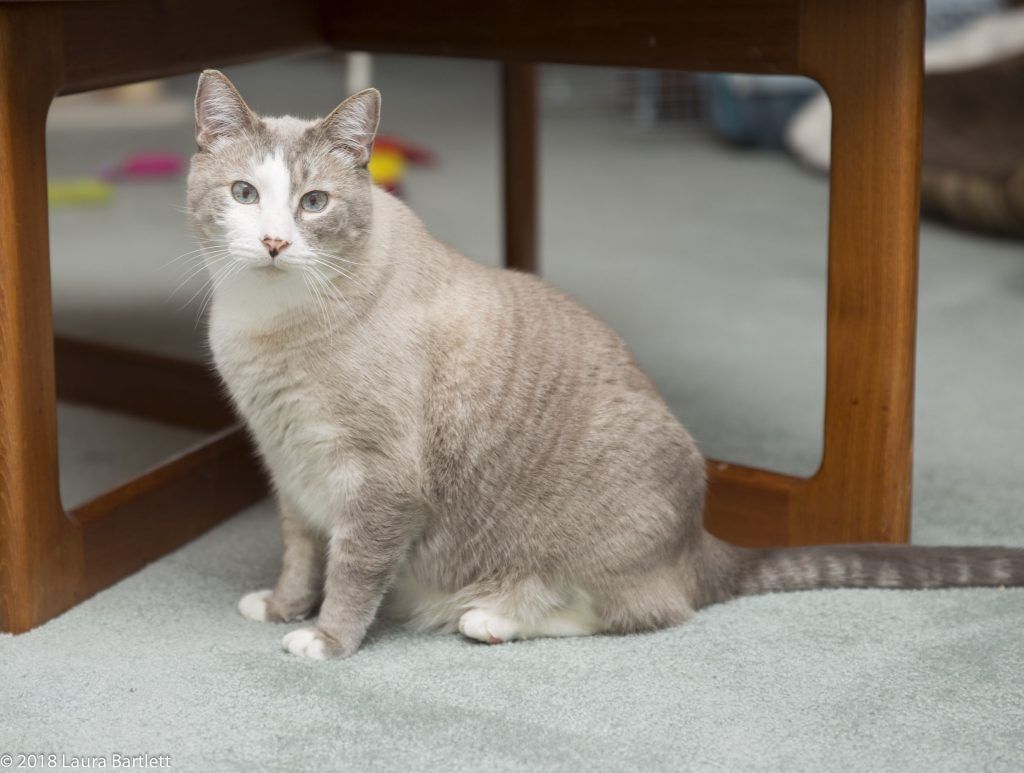 Patrick and Penny can act like an old married couple together, sometimes playing, sometimes bickering. Patrick doesn’t particularly like sharing his cat bed with her, but Penny will eventually stop putting up with his swipes and meows and plop down next to him, ignoring his protestations. They always make up by the end of the day with tongue-baths and cuddly sleeping.

Penny loves keeping you company on the couch and in bed while you’re reading, and as long as your hand is on her she’ll purr like a motor. Patrick has too much pride to actually ask for rubs, but catch him in a relaxed mood and rub his back and his eyes will droop closed and he’ll flex his paws in bliss. On the rare occasions where he deigns to allow you to scratch his belly, you’ll see a truly happy cat.  These two must be adopted together. 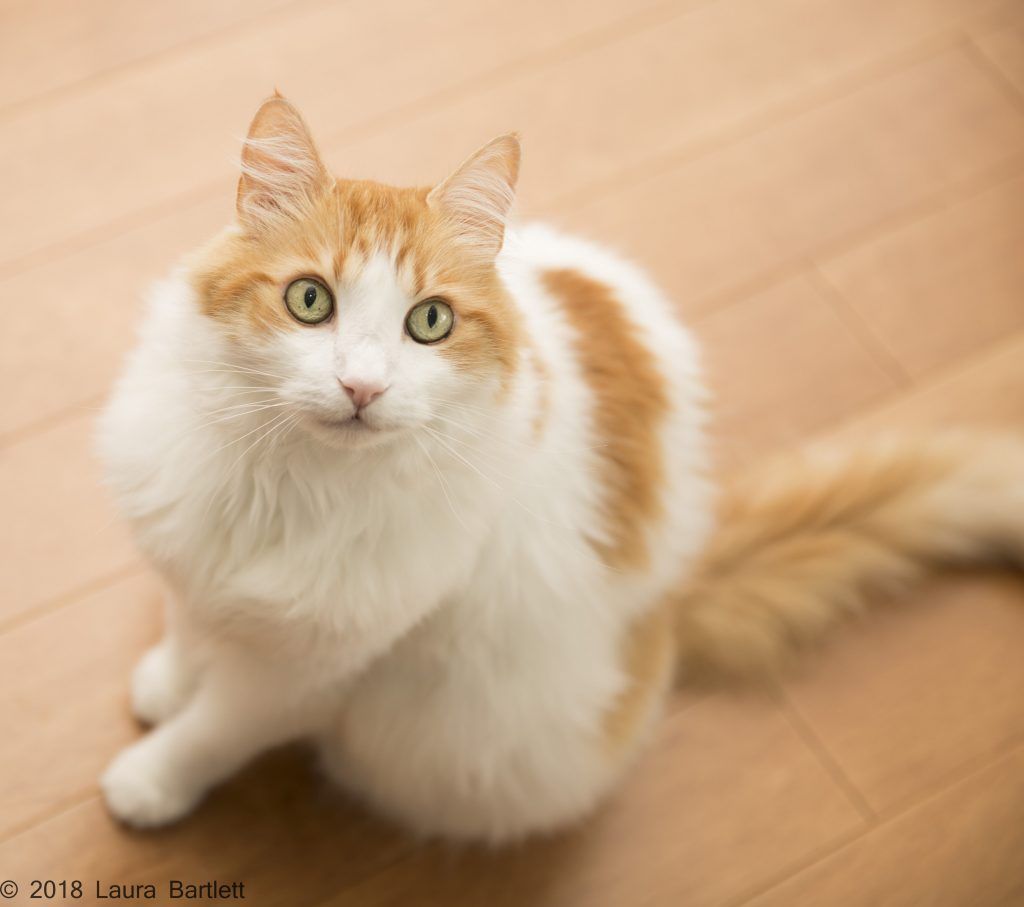 C’fer’s very smart and handsome too. Since he’s a bit older he’s a pretty calm guy and likes to sleep quite a bit, but he does enjoy hanging out with his foster parents and will follow them around asking for pets. HIs purr is almost as loud as he is big, but his meow’s a little squeaky, which everyone thinks is cute! 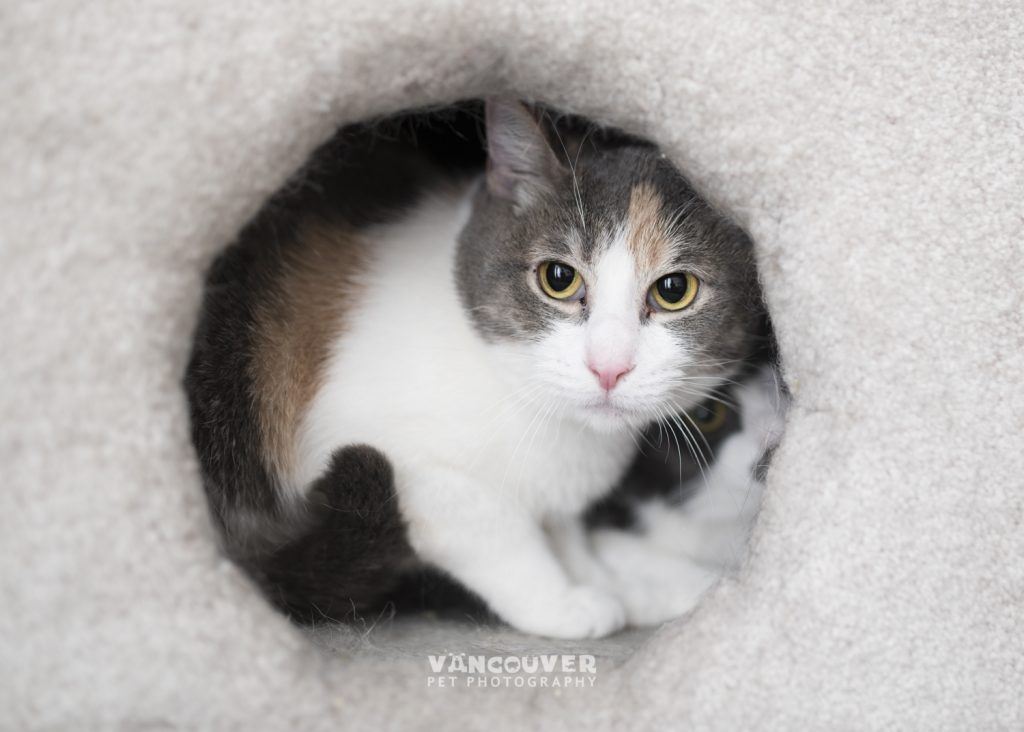 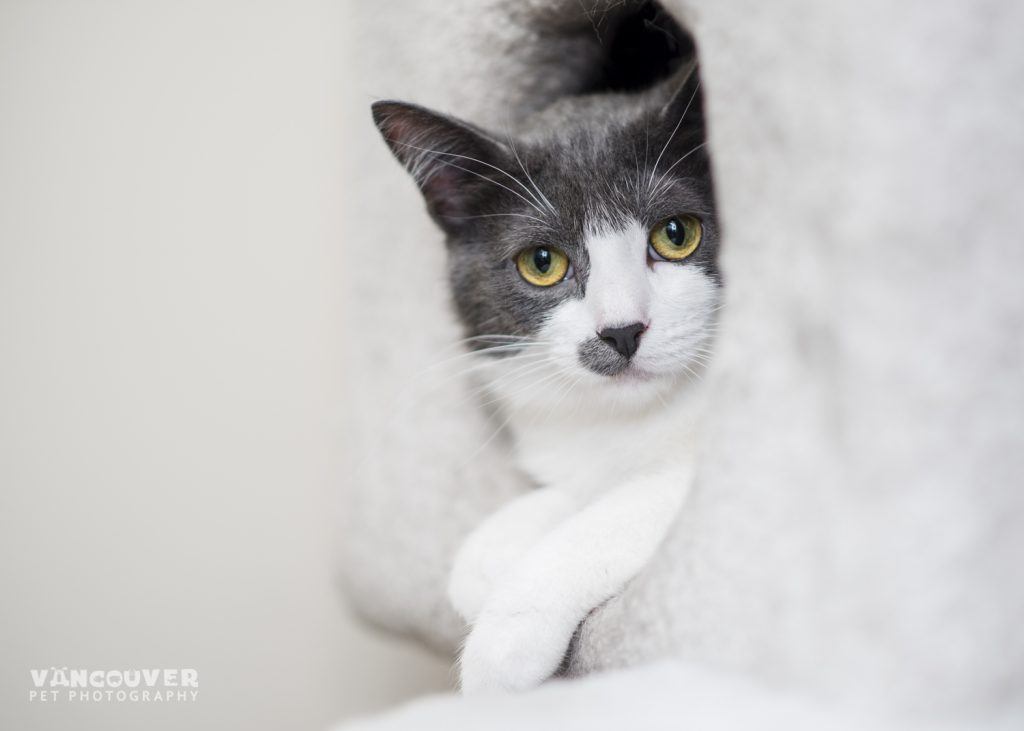 Jeri and her daughter Kit were in rough shape when they arrived at VOKRA. Both were infested with fleas and young Kit had a bad case of conjunctivitis in both eyes. They’re still shy, but once they get to know and trust you they’ll allow you to give them pets and rubs. Jeri and Kit are especially relaxed when they’re in a cat tree or up high where they can see what’s going on in the world. Both cats love playing, especially chase games, so if you have anything you can trail around they’ll happily chase it. They must be adopted together. 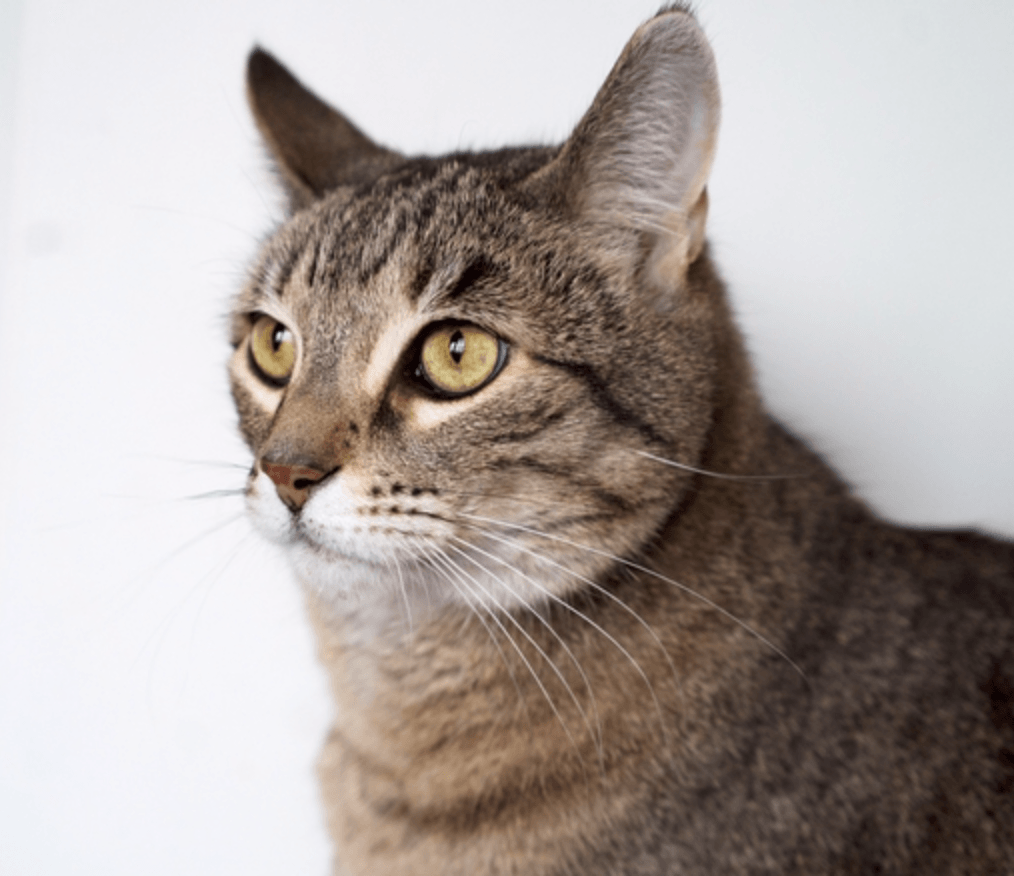 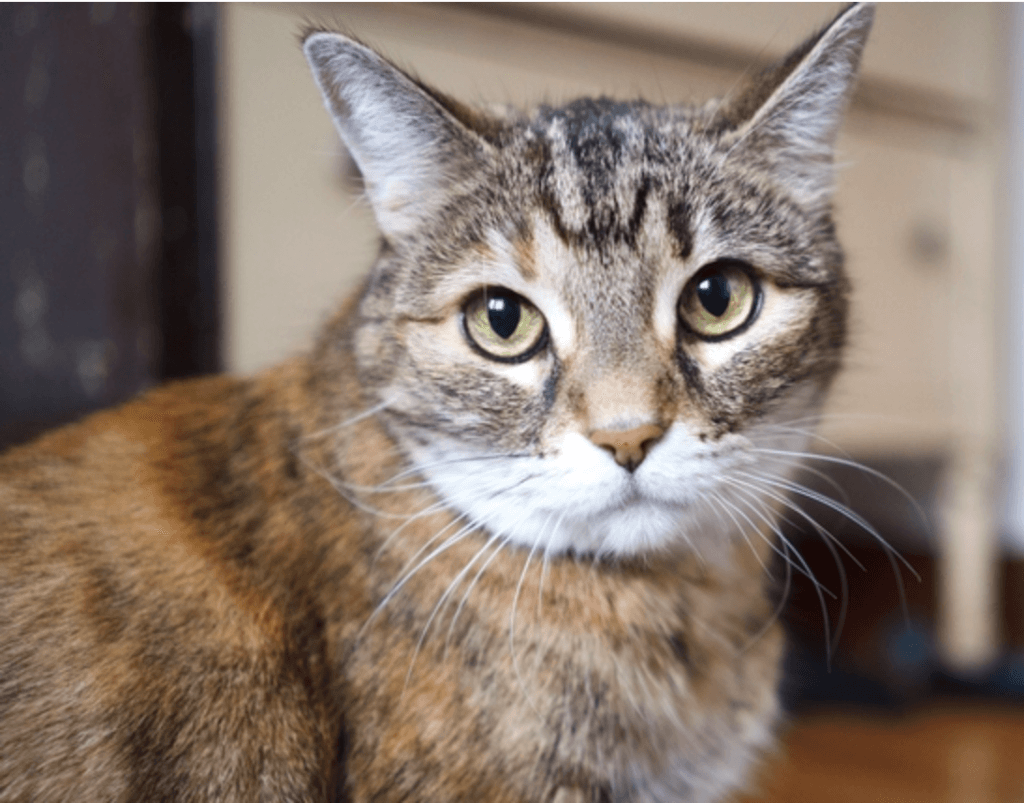 Jester always wants to be lying in your lap, hugging your chest with his arms around your neck or curled up beside you. He doesn’t know how to meow, but sometimes when he’s extra excited about dinner time, he’ll let out some tiny squeaks. Cleo loves to squeak delicately when she’s excited (for some reason she never learned to meow properly!) and lives for cuddles. She adores lying beside you, kissing you on the nose or lips and even venturing onto your tummy. Although she may at first be shy and timid, Cleo has so much love to give and will trust you unconditionally. Must be adopted together. 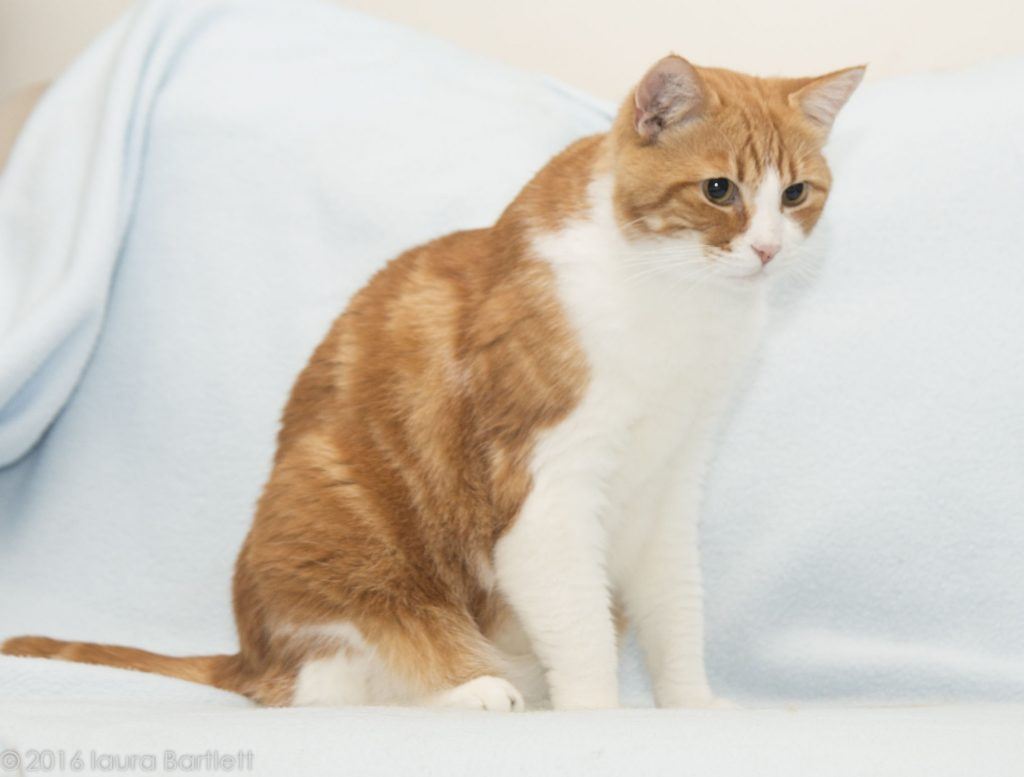 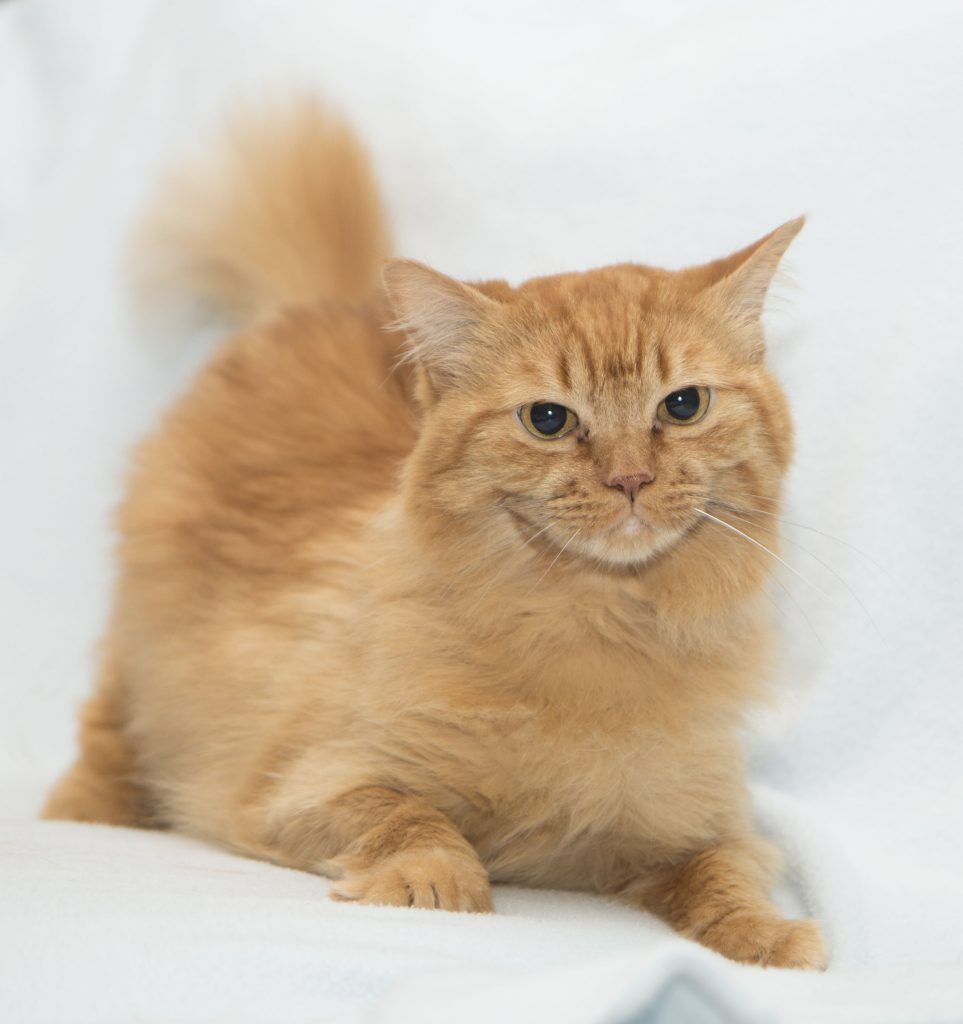 Nevis has a silly habit of chomping on whatever his best friend Honey Bee is nibbling on at the moment. He loves to be scratched and often nudges your hand with his nose, signalling he’d like a good rub. He’s also quite content to look out of the window for hours on end. Honey Bee enjoys being close to you, which can either be sitting on your lap, curling up by your side or sleeping on your back. She’s a resourceful girl who knows how to get what she wants and you’ll find her opening cabinets and closet doors to get to her treats or favourite nap spot. If she can’t get what she wants, she’ll let you know — she’s a talker. Must be adopted together. 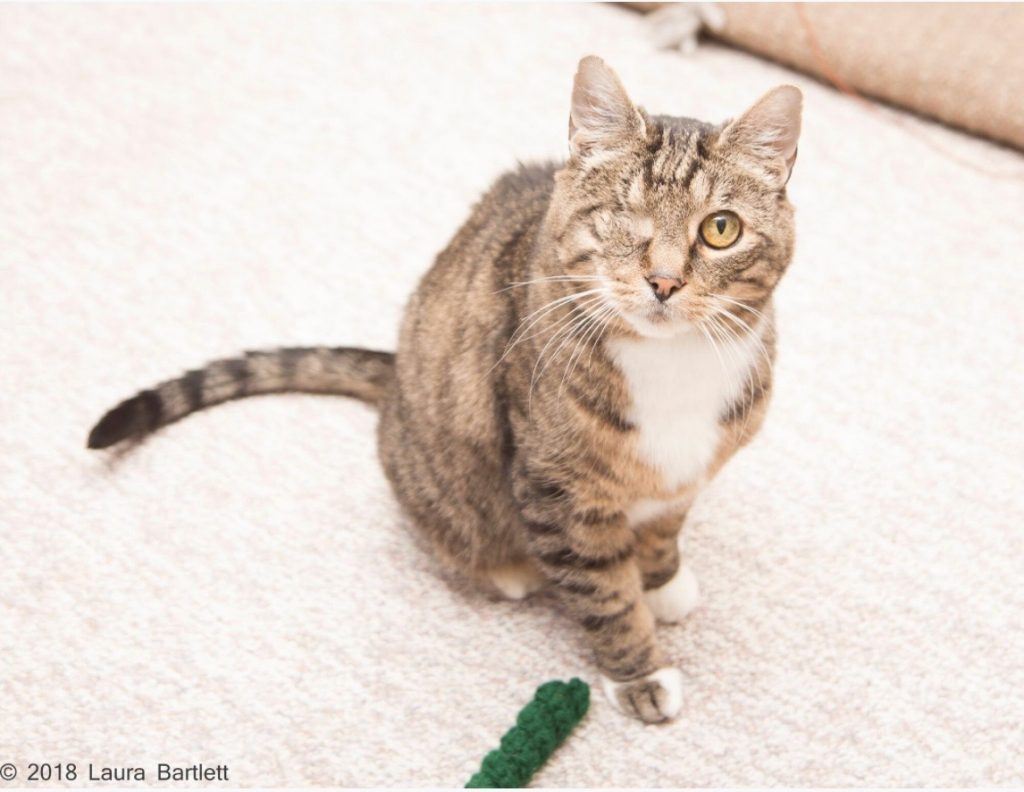 Joey’s a reserved guy who’s looking for a quiet home to call his own. Though shy at first, he’s always up for a treat and will remind you if you’ve forgotten it’s dinner time. He may be a tough nut to crack, but once you do he’ll show you his appreciation and drool with delight. Joey has a hyperthyroid so he requires a pill twice a day, but he doesn’t mind. 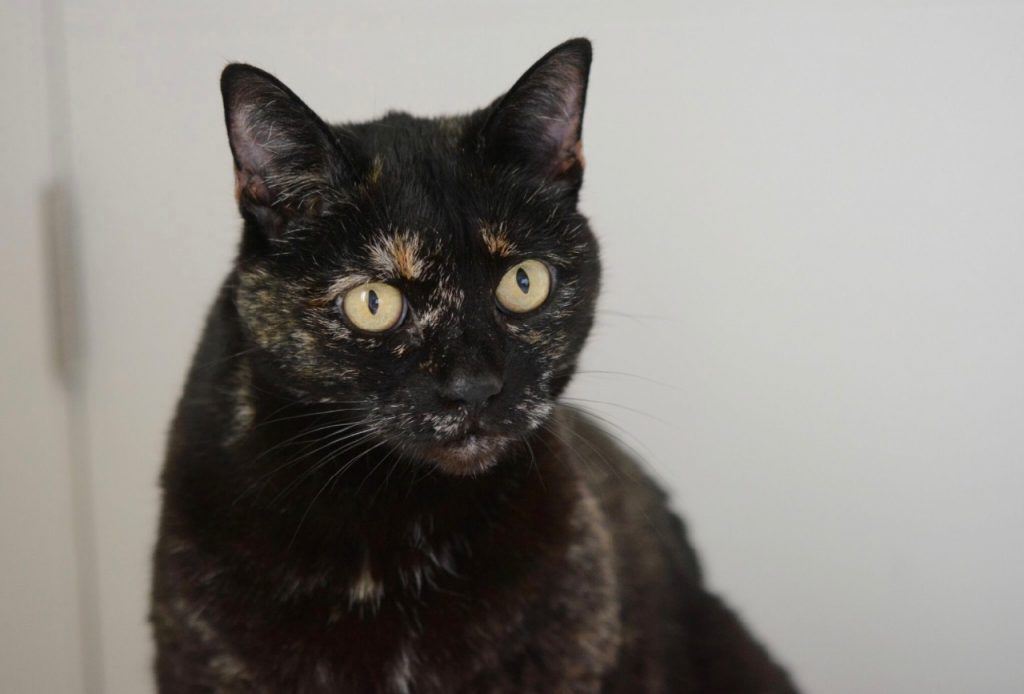 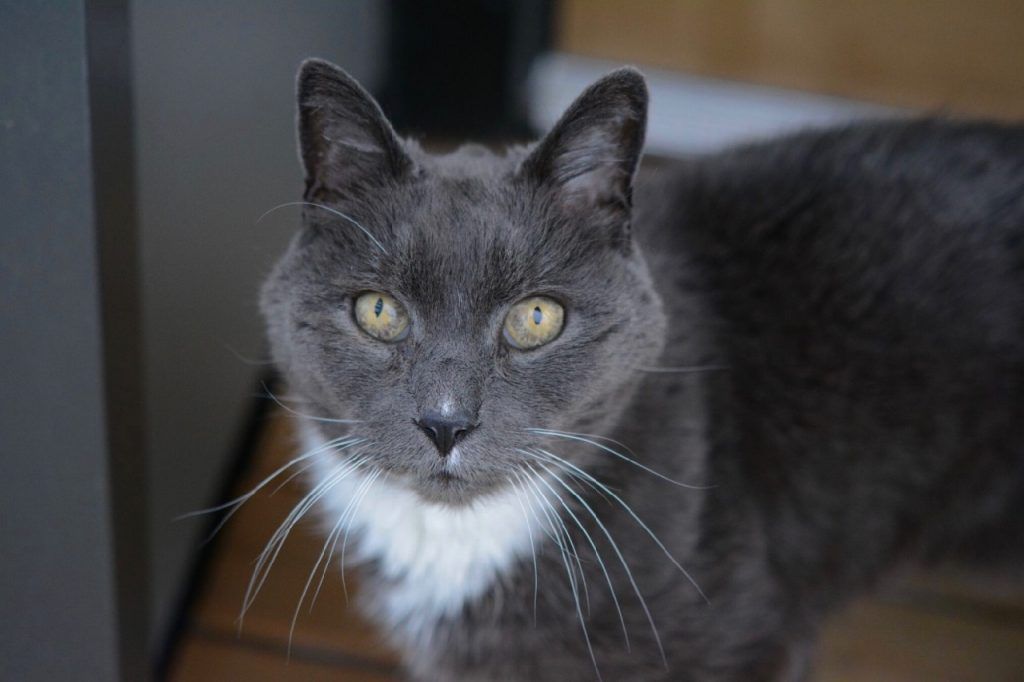 Tux is a sweet older gentleman who loves to spend his days relaxing on the couch, watching the outside world and sunbathing near the window. He mostly likes to lounge, but he still has a very playful side and will run around the house a few times a day playing with his sister, Bella. Being an older cat, he’s very friendly and comfortable around people.

Bella’s a quiet, gentle, sweet cat who would make the perfect companion in a calm home. She seeks out the comfiest spots in the house to lounge and can easily be tempted into play with a catnip toy or a laser pointer. She also really loves treats (maybe a little too much!) and will run as fast as she can after one if you toss it across the room. Bella’s a little shy at first and can be spooked by loud noises or fast movements, but once she gets to know you and her surroundings she’ll relax and happily curl up on your lap on the couch. 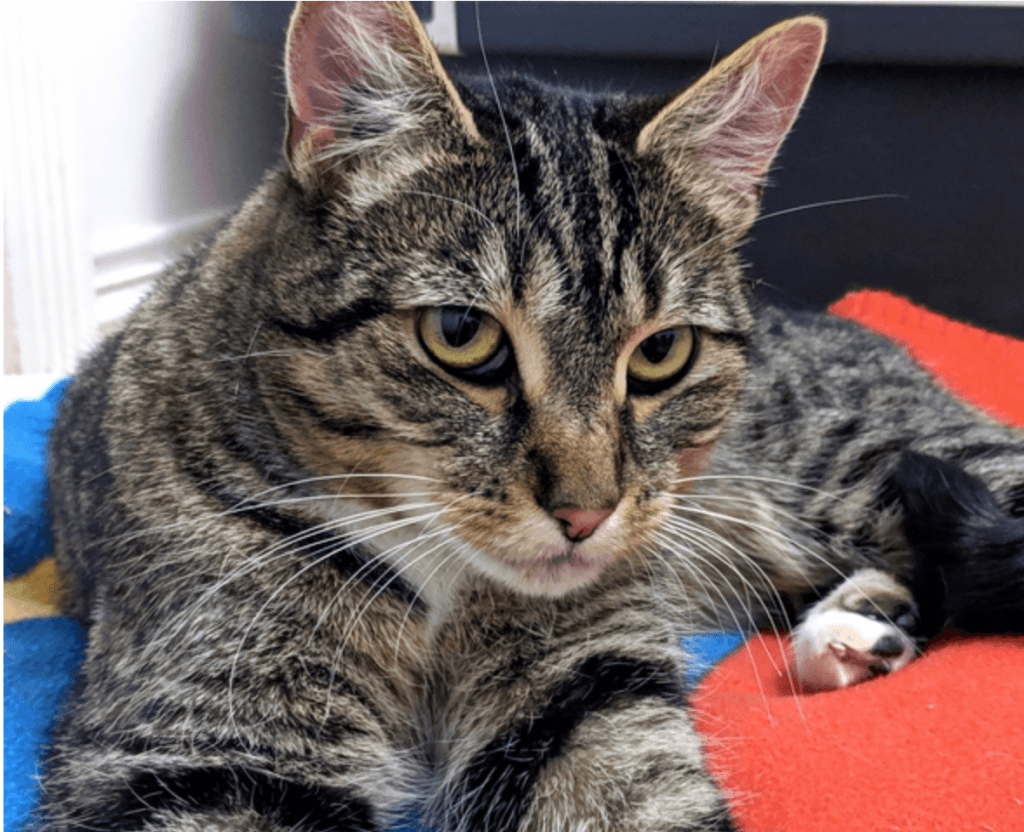 Freya was adopted as a kitten from VOKRA but was surrendered because she was unable to get along with other cats in the household. She may be a little cautious and insecure as she gets to know you, but she’s a darling once she warms up to you. Freya likes to eat and spend quality time on her favourite blanket. She has some favorite cat toys she likes to play with and she also enjoys gentle touches.