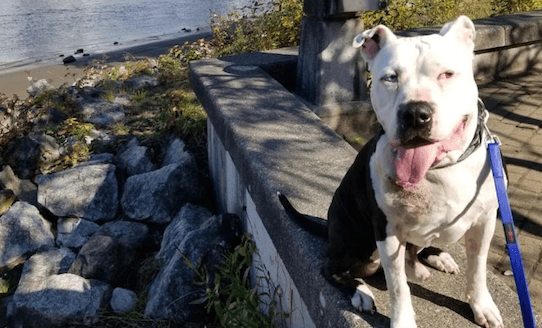 A local shelter is appealing to the public to help find a home for its longest-term resident.

Remi, a pit bull described as an amazing ambassador for his breed, has been in care for 147 days.

And although staff adore having him around, that’s no way for a big beautiful dog to live out his life.

Here are some things that Remi loves: 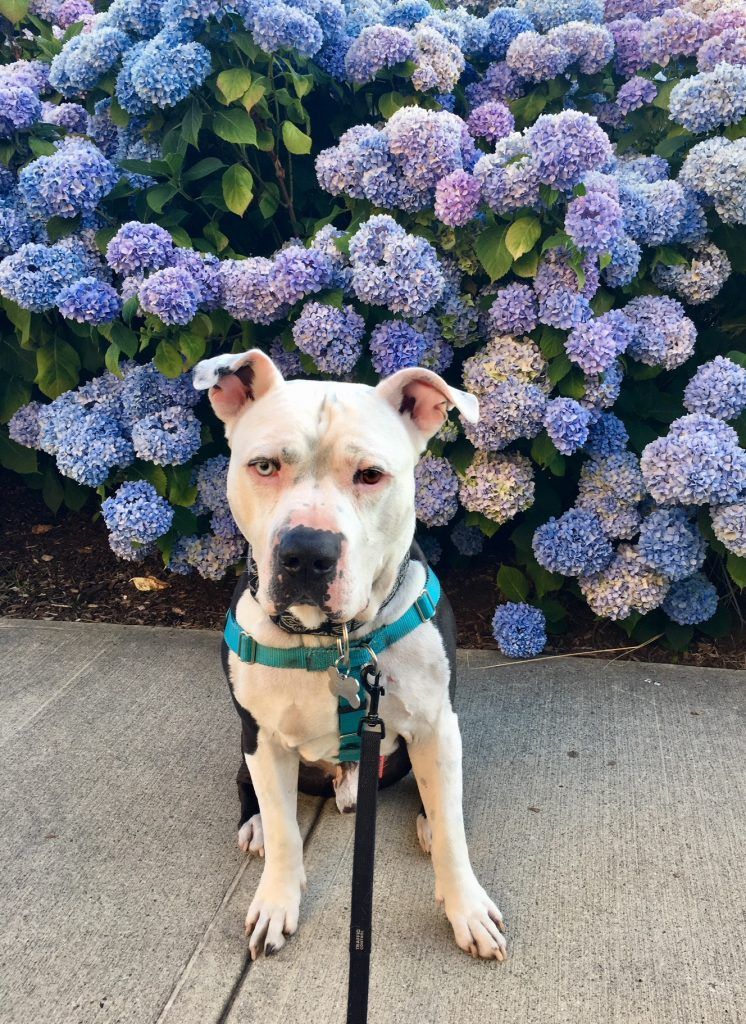 He is active. Especially for his age, which is estimated to be eight or nine.  He is no slouching senior, however.

This is a dog that would do well in an active home. He needs a lot of mental and physical stimulation.  A big yard would be ideal.

“He can easily speed-walk for 1+ hour at a time, and likes to hike and swim on a long-lead. His recall needs work so he should only be allowed off-leash in contained areas. Remi is also very playful,” Margie Fox tells Daily Hive. 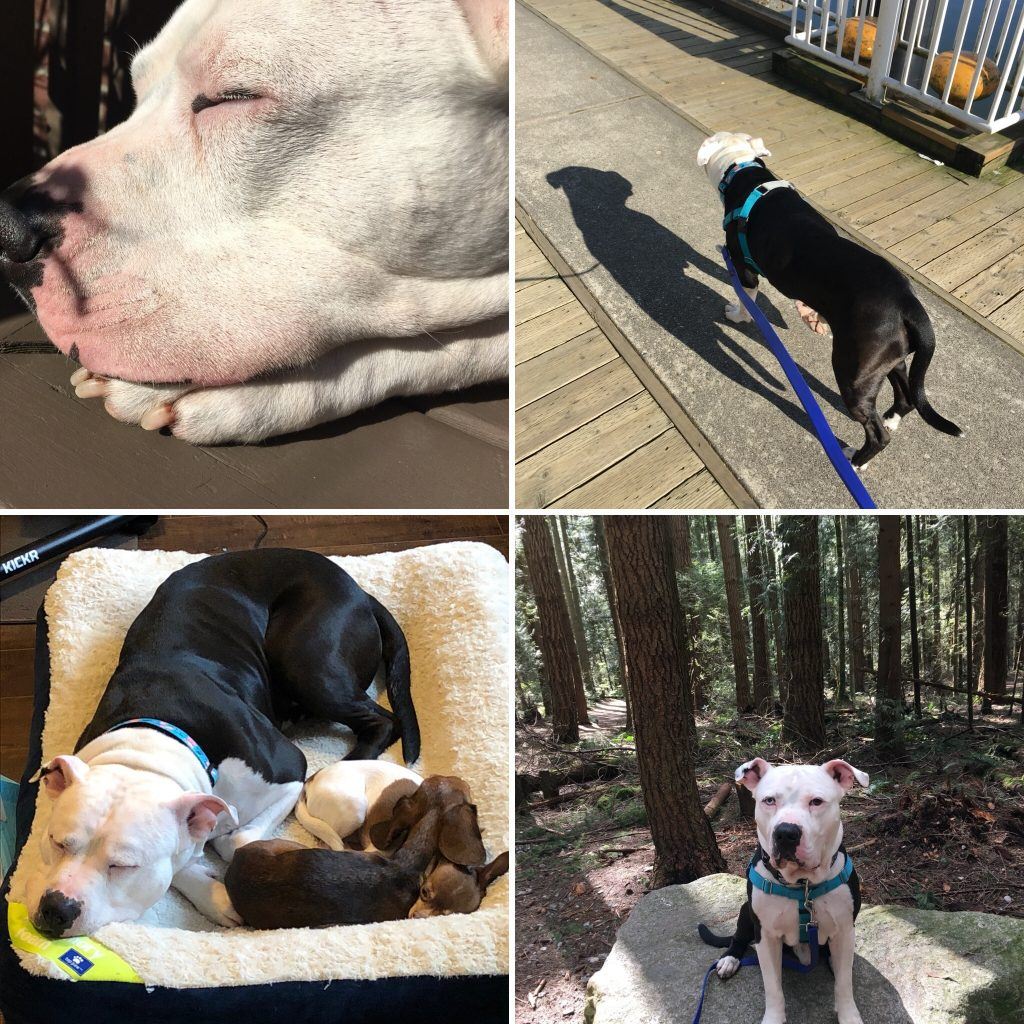 Remi is a talkative dog. If he were a lady you might call him a Chatty Cathy. He has a naturally loud voice, and as shelter staff will tell you, he’s not afraid to use it. The pit bull terrier will bark to tell you he would like outside — and when he wants attention. He also barks when there is something exciting or loud on TV. So he needs some work in this area. Because of his loud voice, he’s a no-go for condos and townhouses.

Remi is great with other dogs when he’s out and about, so Fox believes he’d perfect for someone who only wants one dog, but wants their pup to be social. He has proven to be protective of his prized items (like bones and toys), so the shelter wants to see him placed in a home where he can be “top dog” — the only animal in the house. 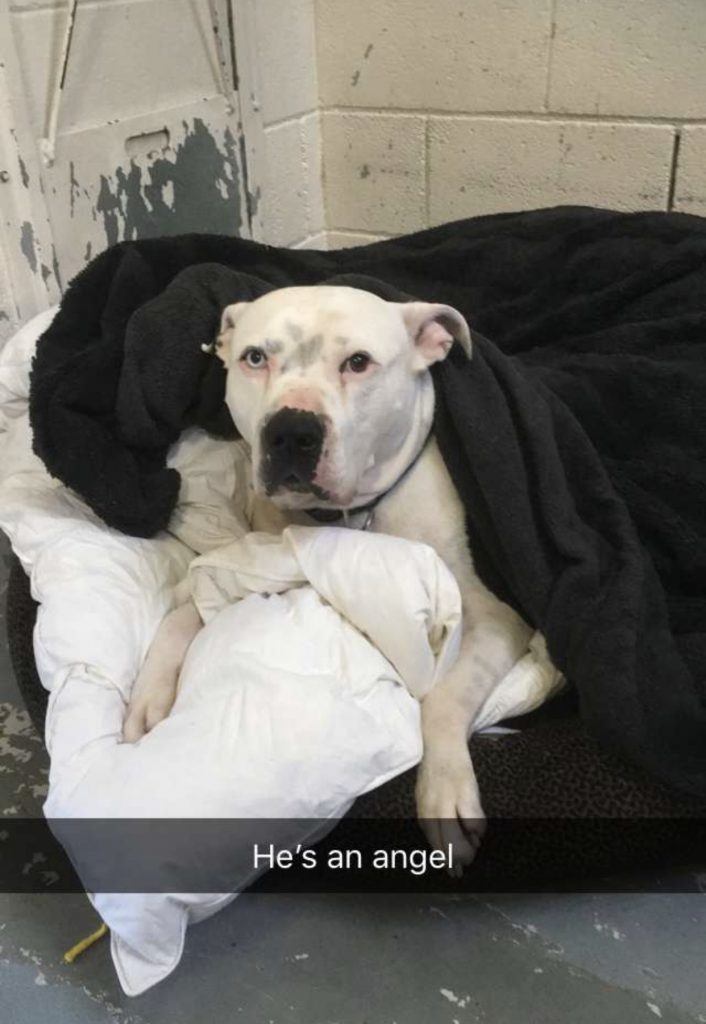 “We think he deserves to have a home where he can leave his bones and toys all around without anybody bugging him,” Fox says.

Remi loves all people — including people visiting the home — and vet clinic staff, says Fox. Nothing fazes him on walks — joggers, bikes, dogs and kids. He does well in crowds.

Despite being so big size, Remi is great at meeting and playing with dogs of all sizes, whether off leash or on. He does not respond to reactive dogs; he just keeps walking. 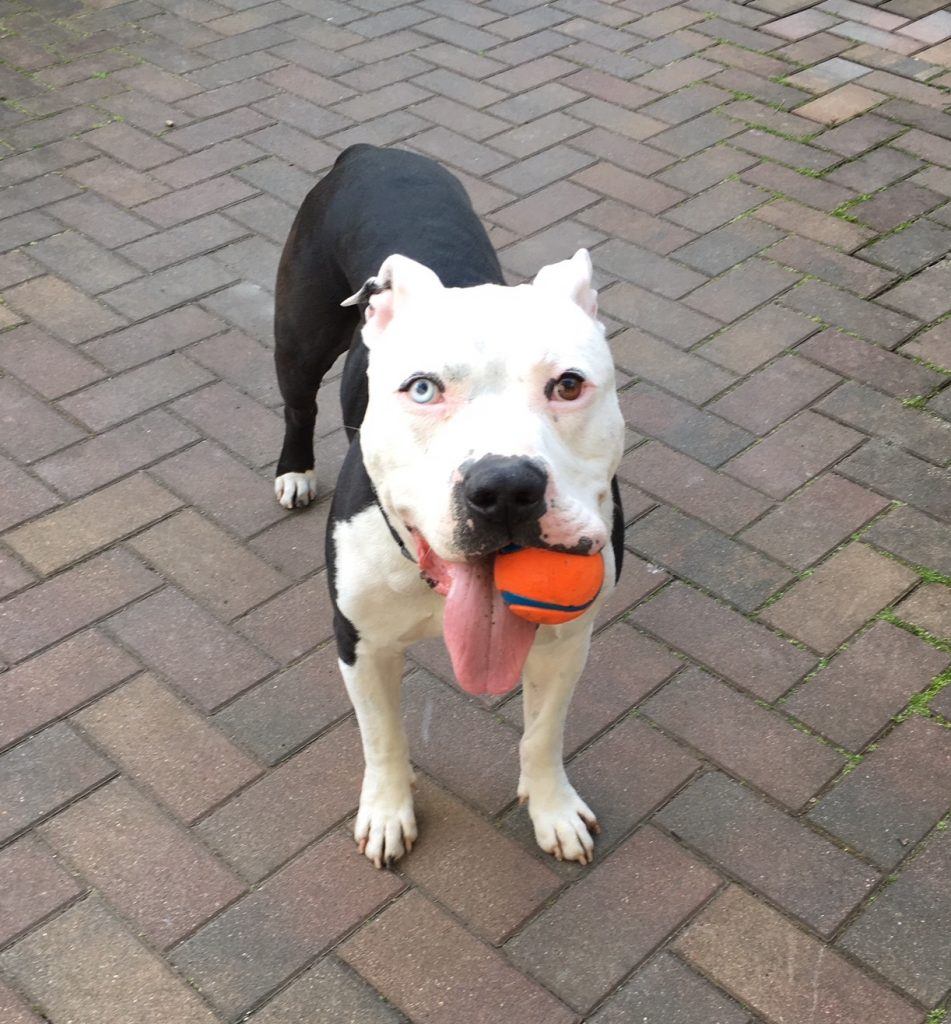 Remi was adopted out once earlier this year — but returned because it wasn’t a good fit.

“We’ve learned that even though he is a social butterfly, he needs to be the only pet in the home. We’ve marked him as ‘Good With Dogs’ because he is excellent with them out and about,” says Fox.