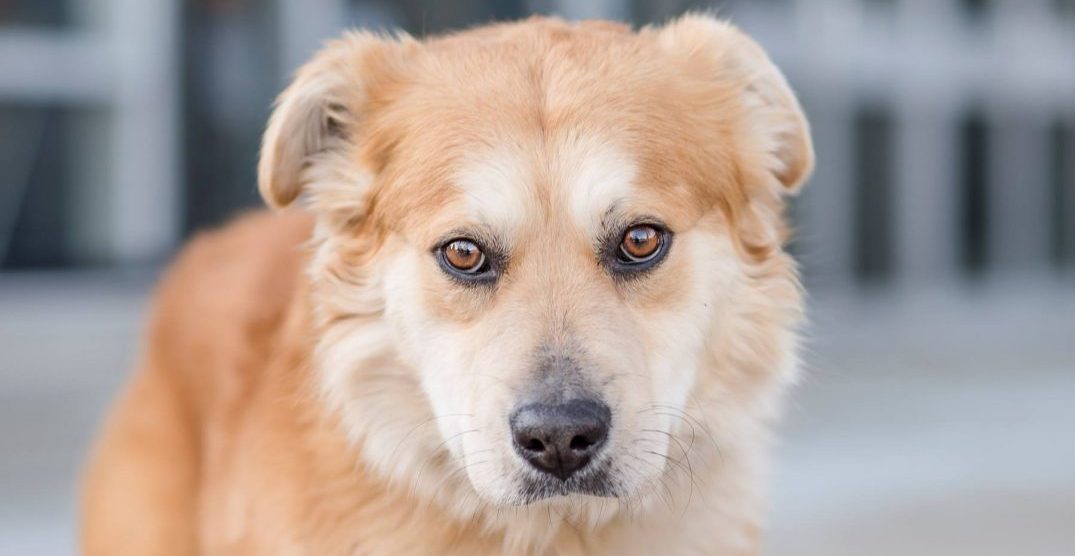 Aide For Paws is a very small Vancouver-area rescue with a very big goal: Helping to place dogs rescued in other parts of Canada where the conditions aren’t as good for dogs.

One of those areas is the Winnipeg-area, especially during the winter months, as dogs in rural areas are literally at risk of freezing to death.

Duck is one of those dogs, and lucky enough to have been brought to BC in hopes of finding a forever home. 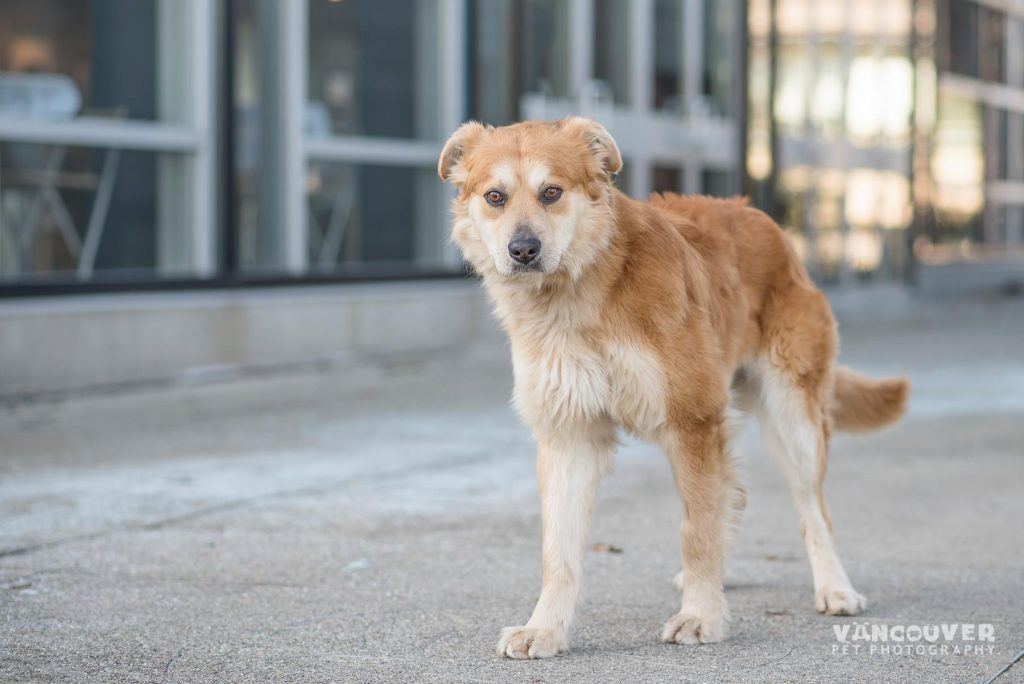 He’s a young dog — around a year old — and like most mutts brought in to rescues, his exact pedigree isn’t known. Their best guess is that he’s a retriever cross of some sort.

The neutered male boy, named Duck, found himself in the care of the rescue after being at the losing end of a run-in with a porcupine that left him with quills painfully embedded into his face.

A vet removed the visible quills before he left Manitoba but there is still a small chance the residuals may make their way to the surface in coming days. 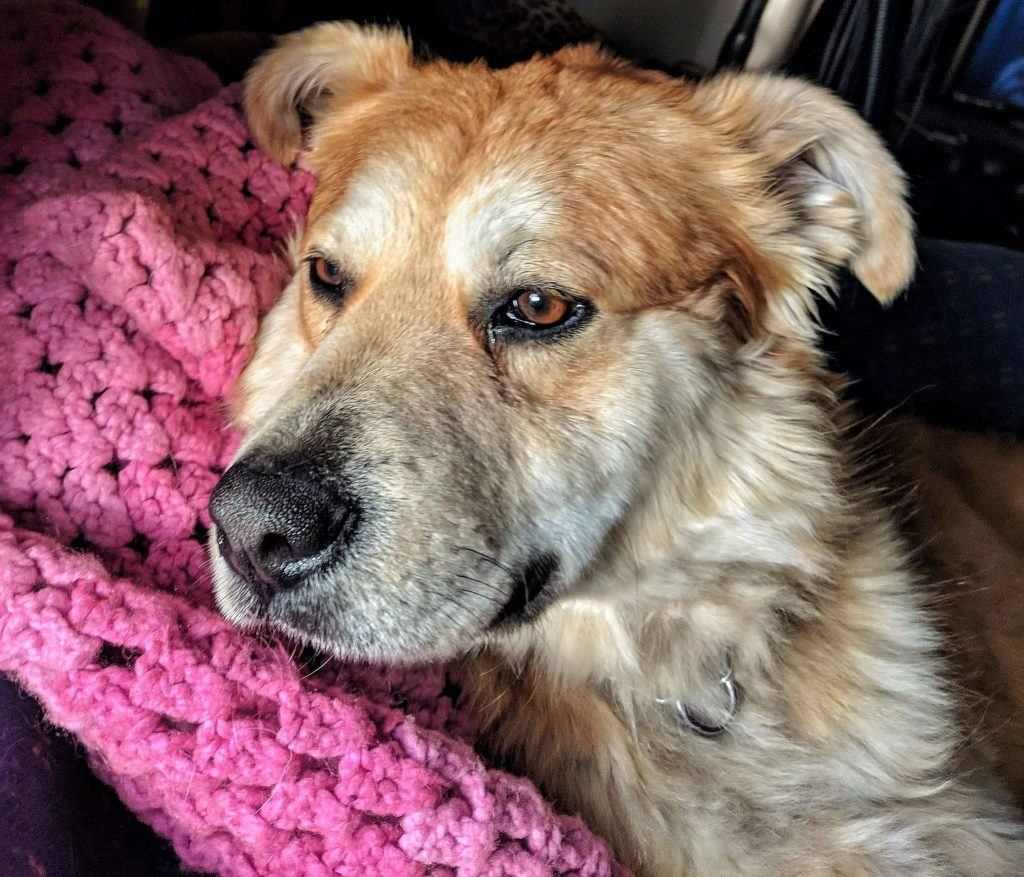 Despite the painful condition he’s recovering from, Duck is a really affectionate and loving boy. For a young but large man, he is very polite on leash, and is “quite the gentleman.”

In his time being fostered, he has shared a home with two cats, a Chihuahua and a Great Pyrenees, and has done well with all of them.

He’s also done well-meeting children, although the rescue thinks he’d be best suited with older kids because of the possibility of porcupine quills migrating to the surface.

If you are interested in meeting Duck, fill out an application on the Aide For Paws website.

His adoption fee is $400, and includes the cost of permanent identification (microchip or tattoo), as well as basic vaccinations.

The group also has a number of other adoptable dogs, and one cat. 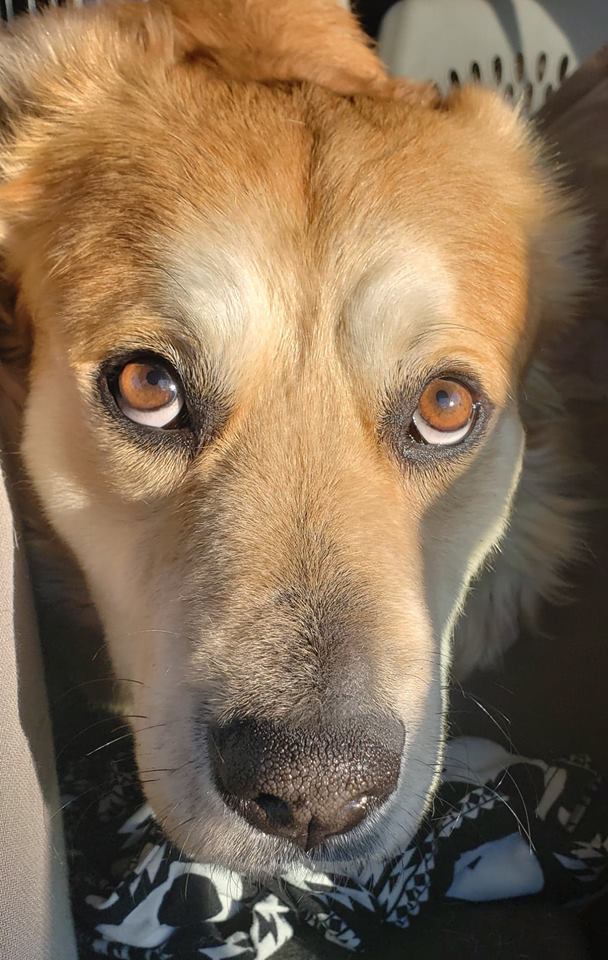 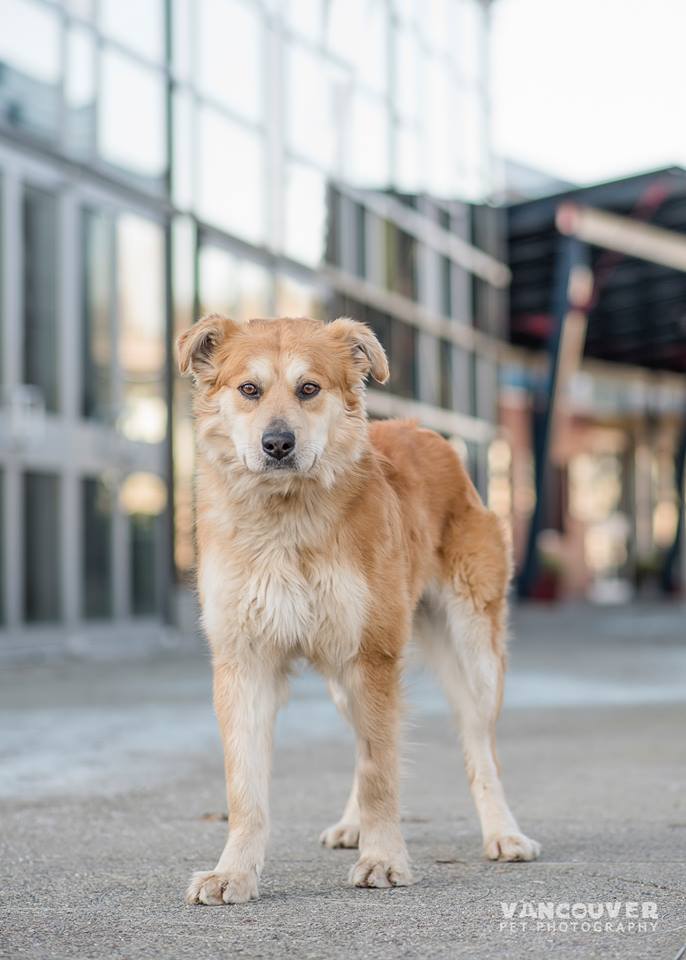