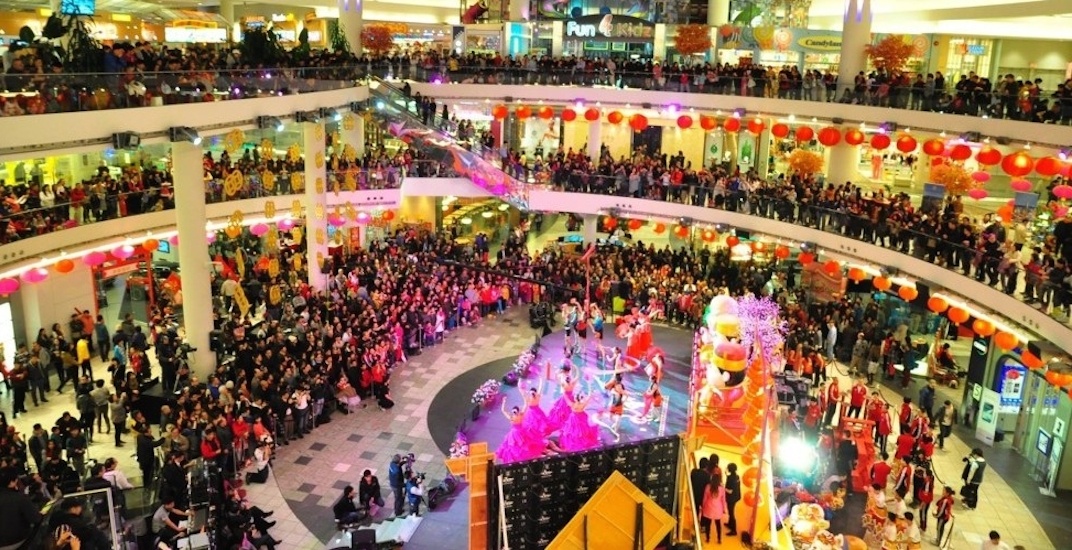 Following a tradition that has spanned since the mall opened, Aberdeen Centre in Richmond will be hosting a free, public midnight countdown for the Lunar New Year, also known as Chinese New Year, marking the Year of the Dog.

The festivities at the Asian mall kick off at 8:30 pm Thursday in the central atrium. It features cultural performances, singing, dancing, fortune telling, and a live Chinese language televised countdown on Chinese cable channel Fairchild Television.

The televised portion of the celebration begins at 10:30 pm and runs until 12:10 am.

It is the largest and only midnight countdown event to the New Year.

Additional festivities are planned through the weekend – from Friday, February 16 to Sunday, February 18 – such as performances by the BC Chinese Music Association, Vancouver Academy of Dance, Vancouver Youth Philharmonic Orchestra, and the Colors of Dance Academy.