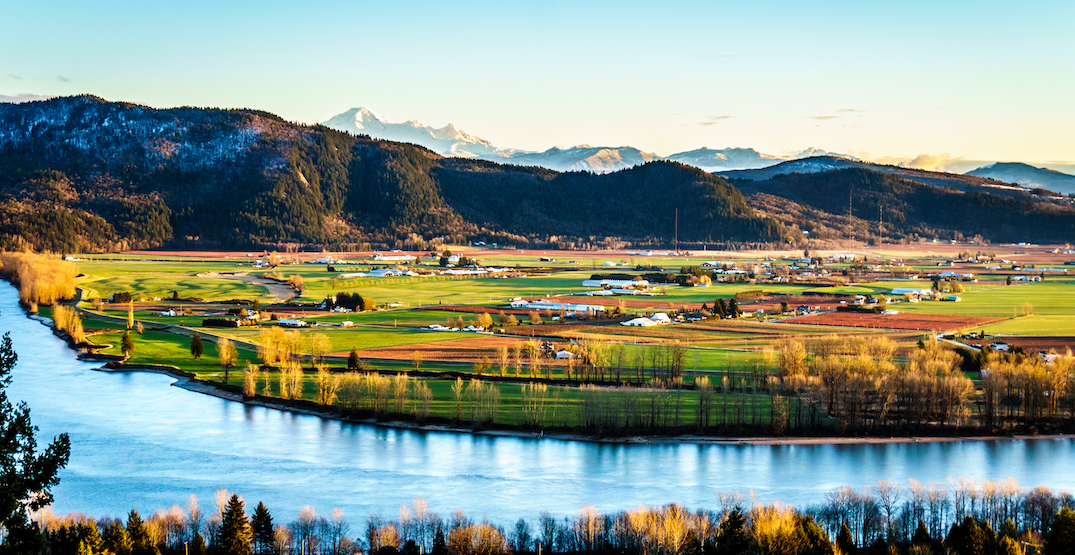 Farmland in the Fraser Valley and Sumas Mountain and Mount Baker in the distance. (Shutterstock)

Can a high-tech hub the size of a small city provide Abbotsford with just the push it needs to fulfill its goals of being the principle economic hub of the Fraser Valley? Proponents of Abbotsford Tech District believe there will be a positive spillover and holistic effect for both the Fraser Valley and Metro Vancouver if their vision is fully realized.

Local developer Auguston Town Development has been pursuing a development of a 92-acre parcel at Sumas Mountain that is within the urban containment boundary, but not in the agricultural land reserve.

The proposed development, previously branded as WeTown, was considered by the municipal government last year, but city council later took issue with the $700,000 in public funding required by city staff to conduct more thorough planning work.

There were also concerns relating to the scope, location, transportation and utilities infrastructure, and economic demand for a development of this size, as well as the potential economic competition it would create with Abbotsford’s designated downtown.

Project proponents are now working to address some of these concerns and align their plans with Abbotsford’s strategies as much as possible.

“For the last six months, we’ve taken a step back and focused on talking to stakeholders and rejigging our plans to align tightly with the big policy and economic development conversations that are happening locally and regionally.”

Based on a newly released economic study on the project by Altus Group Economic Consulting, commissioned by the developer, the size of this development will enact economies of scale for both the physical aspects onsite and the potential to attract global investment.

While the proposed master plan is undergoing revisions and refinements, the scale remains impressively large, with a mix of uses creating up to 12,500 new homes for 29,000 residents, and high-tech employment and post-secondary institution space for 18,000 jobs. They are now calling this $5 billion project the Silicon Valley of the Fraser Valley. 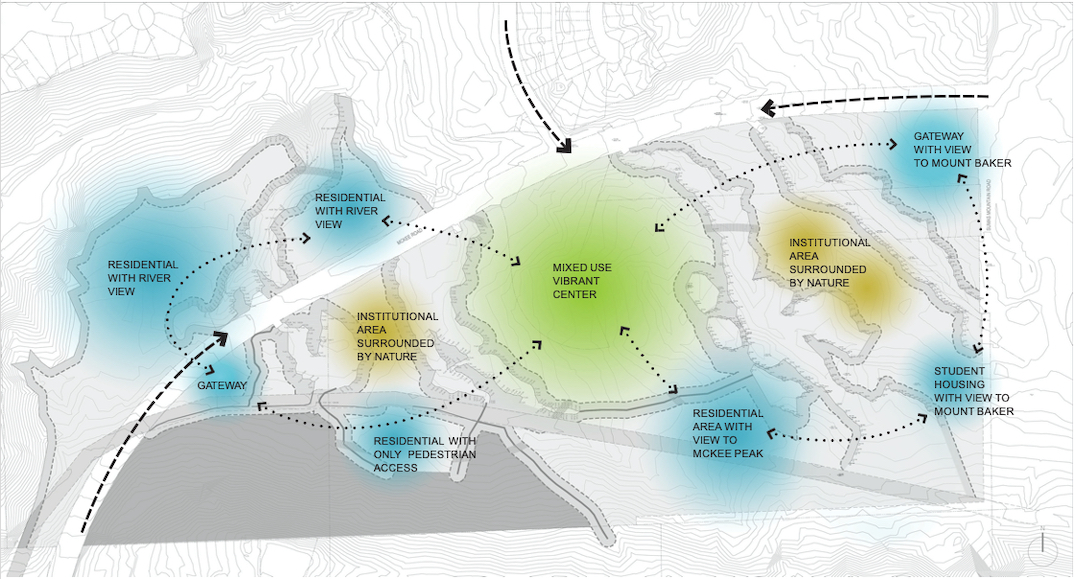 “The combination of employment and educational uses in other hubs has been demonstrated to improve the innovation-commercialization process so that research can be turned into tangible benefits for society, foster local talent to be able to seize opportunities, lead to the dissemination of technology and processes among local firms that makes them more competitive in international markets, and incubate start-ups to be future globally orientated firms,” reads the study.

“Beyond just being a benefit to other businesses in the region, this proposed development also has a very real benefit to local stakeholders, residents and businesses. The magnitude of the proposed development will require significant investments in marketing that are not only a benefit to the developer but also to other local property owners and the community at large as Abbotsford is afforded more exposure to the world.”

The reframed approach is to have the tech district focus on being a cluster for agritech, aerospace, and other cleantech sectors. This also aligns with several of the provincial government’s economic development strategies, especially food security.

The developer states it is actively discussing with the University of the Fraser Valley on a potential partnership, specifically establishing an agriculture and agritech institute at the development. Currently, its campus space utilization sits at 112%.

This post-secondary component, along with an adjacent incubator-accelerator, will be front loaded into the first phase of the development.

“The Abbotsford Tech District is a greenfield site with one landowner with plans for a purpose-built tech hub,” continues the study.

“This should mitigate typical challenges and allow for the development of a new economic cluster in the Fraser Valley that will benefit the economy of Abbotsford as well as the region as a whole.”

There will also be synergies from the creation of a new innovation corridor between the Fraser Valley and Surrey, but the proponents note that further transportation infrastructure is required to reach the full potential. Such infrastructure could be “triggered” later on as the proposed development will be built over the medium- to long-term.

Earlier this year, the provincial government announced its intention to examine commuter rail between Metro Vancouver and the Fraser Valley that takes into account the Lower Mainland’s broader housing considerations.