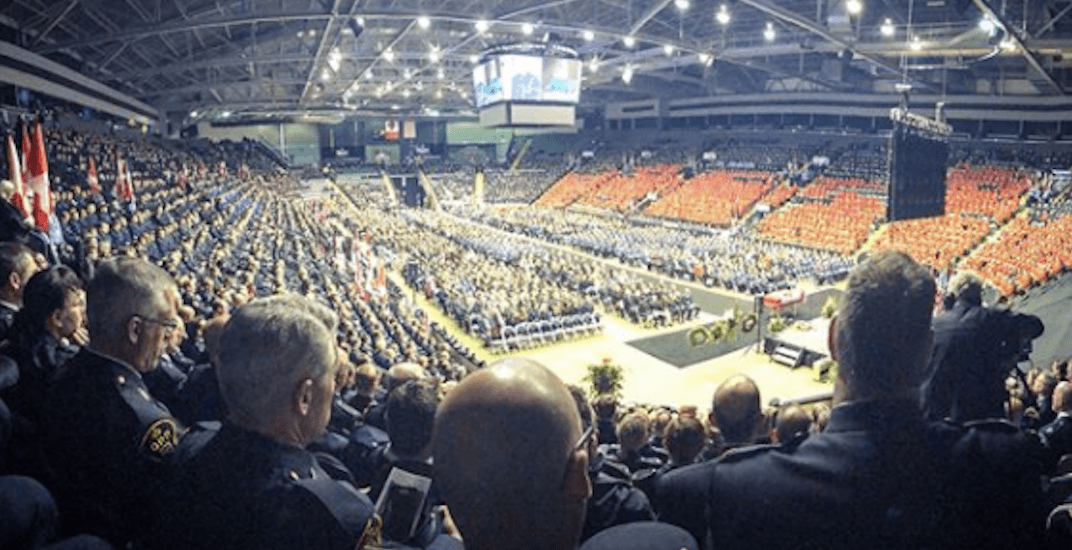 It was an emotional day in Abbotsford on Sunday, as thousands of people attended the funeral for Abbotsford Police officer Const. John Davidson.

Members of the public as well as law enforcement officers from all over BC – and further afield – came to pay their final respects to the fallen officer.

Davidson was fatally shot while responding to reports of a stolen vehicle and of someone firing shots in the direction of the general public.

A 65-year-old Albertan man, Oscar Arfmann, was apprehended after the shooting and has since been charged with the first-degree murder of Davidson.

Davidson had worked as a police officer for 24 years, beginning his law enforcement career in the UK in 1993, before being hired to the Abbotsford Police in 2006.

Davidson is survived by his wife and three adult children.

Although it was a very sad day in policing, there was an amazing turnout for Cst Davidson’s Funeral. Rest In Peace ! #abbystrong #abbyPD #canada #police #BC #abbotsford #thinblueline #rip

Funerap Procession in Abbotsford today for Abbotsford police officer, John Davidson who was killed in the line of duty last week after stopping a man with a stolen vehicle….#ripjohndavidson #abbotsford #abbotsfordpolice #funeralprocession #neverforgotten #hero

The service has ended, and a hard rain has begun to fall. Thousands of first responders honoured the life of Abbotsford Police Const. John Davidson today. He was killed on duty almost two weeks ago.

Today was an emotional day. I was truly honoured to stand along with Gary and my brother Glenn as flag bearers for Constable John Davidson along the funeral procession route. There were thousands of police officers from around the world who marched in honour of #abbypd #fallenhero.