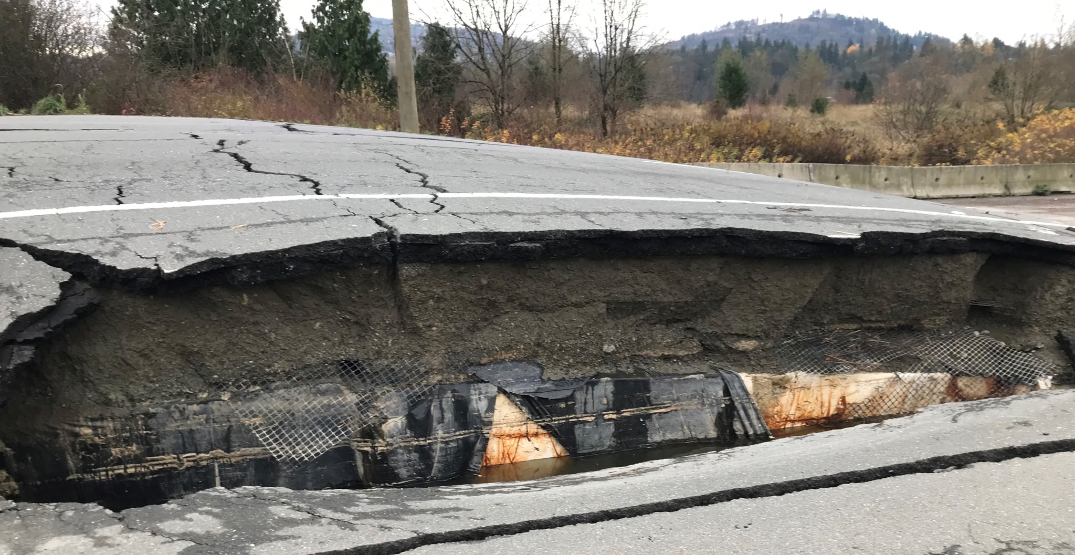 Unless you’re on the ground in the Fraser Valley, it might be hard to see how flooding has affected travel in the area.

On Sunday, November 21, Abbotsford Police shared updates on damage to two highways in the region –Highway 1 and Highway 11 – and they paint a clear picture of the damage.

Highway 1, the main Trans Canada route, has extensive flooding for 20 km from Abbotsford to Chilliwack.

Abbotsford Police’s Air Support Services is surveying the damage and took this shot showing damage to the westbound lanes on Highway 1 east of Number 3 Road. ” Crews are working incredibly hard around the clock,” wrote Abbotsford Police in their update. 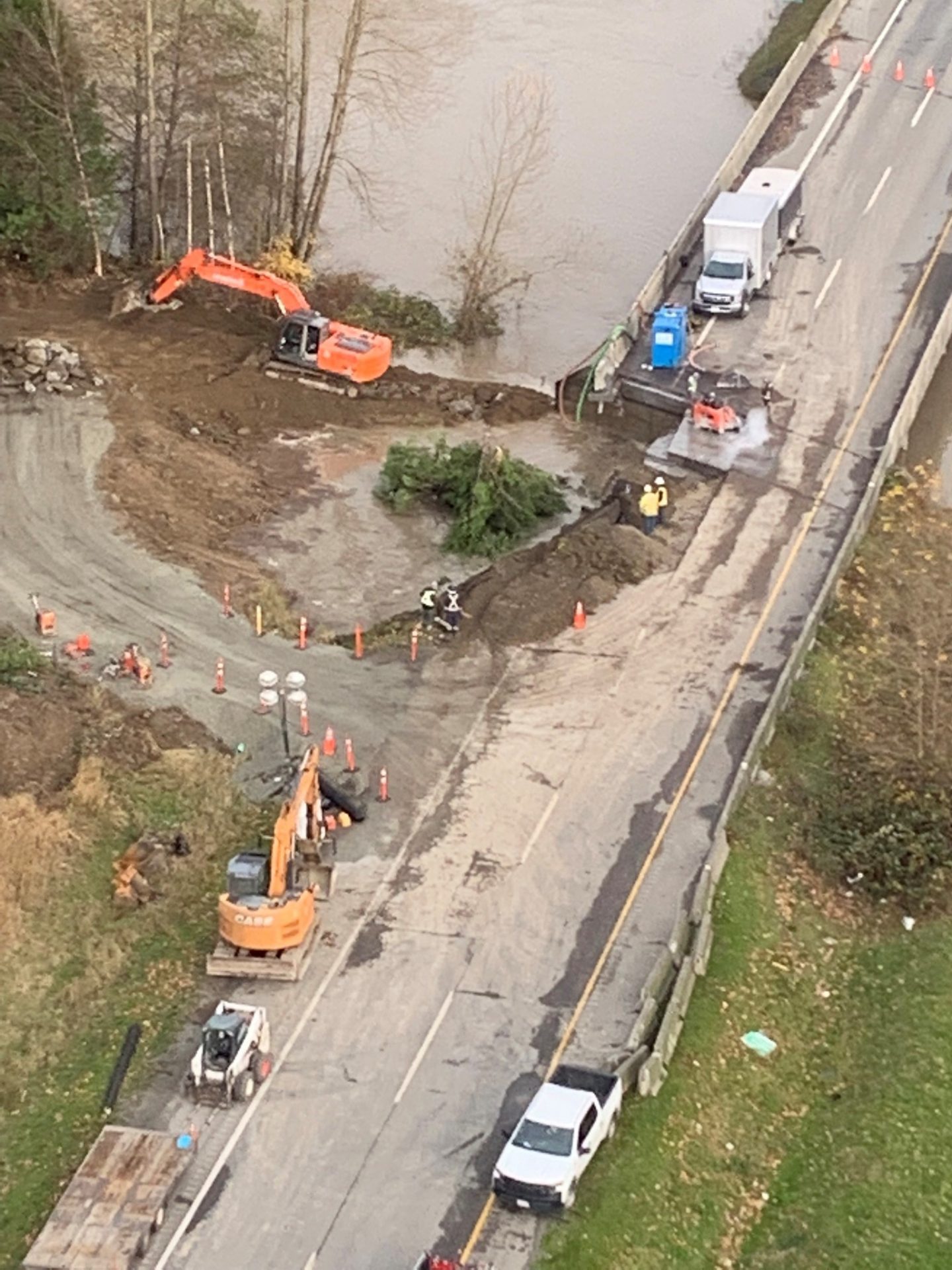 Another damaged road is Highway 11, the Abbotsford-Mission Highway that connects the two municipalities.

“Many frustrated drivers have asked why a portion of Highway 11 in Abbotsford is still closed,” reads the police update.

“There is extensive damage to a portion of the highway that crews are continuing to assess and repair.” 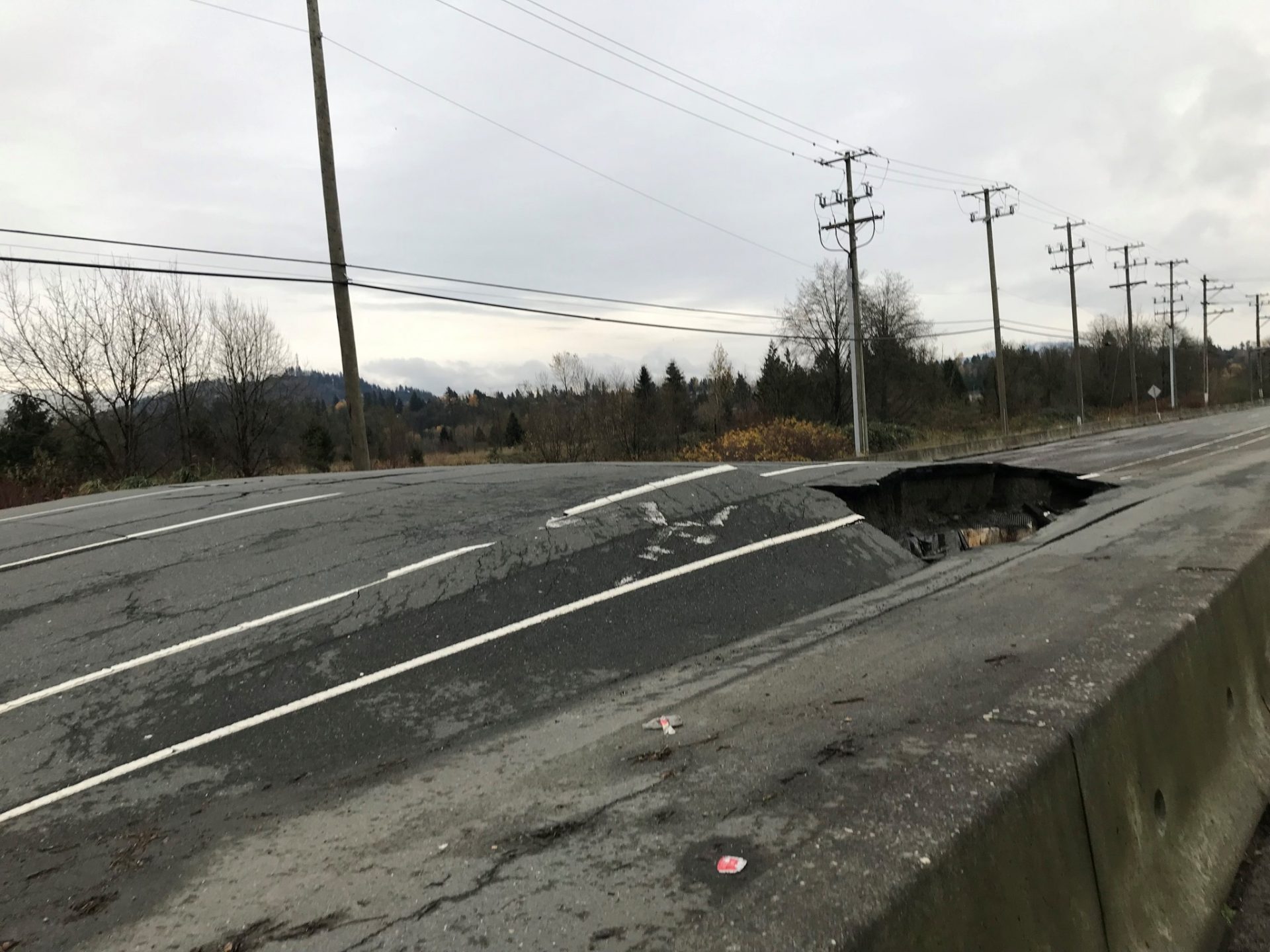 The new photos show how part of the road is raised and broken due to flooding.

According to Drive BC, part of Highway 11 is shut down in both directions for 2.9 kilometres due to flooding between Hazelwood Avenue and Townshipline Road and a southbound lane is open only to emergency vehicles. 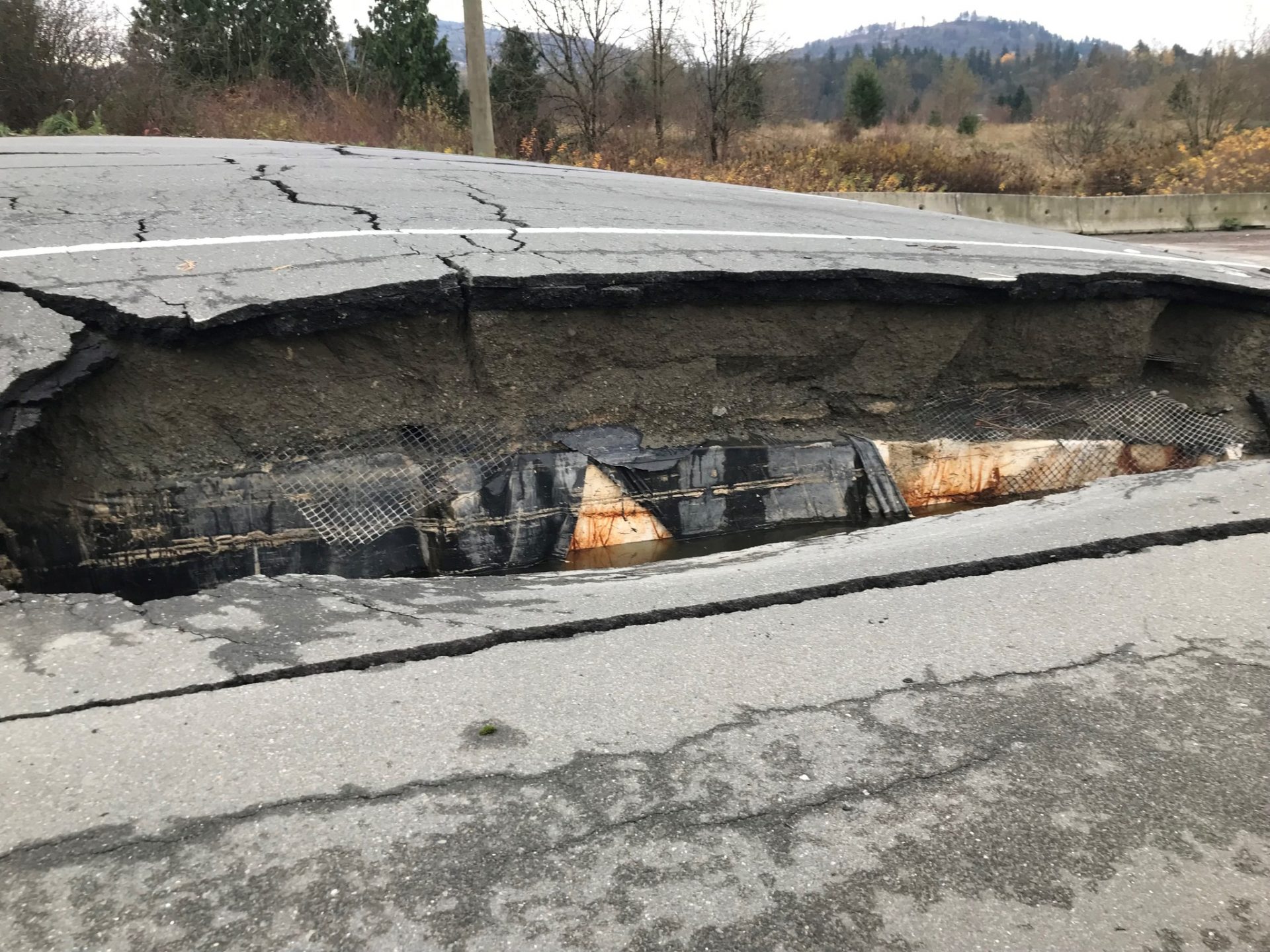 You can learn more about the local state of emergency in Abbotsford including road closures, evacuation orders, and how you can help by going to their website.