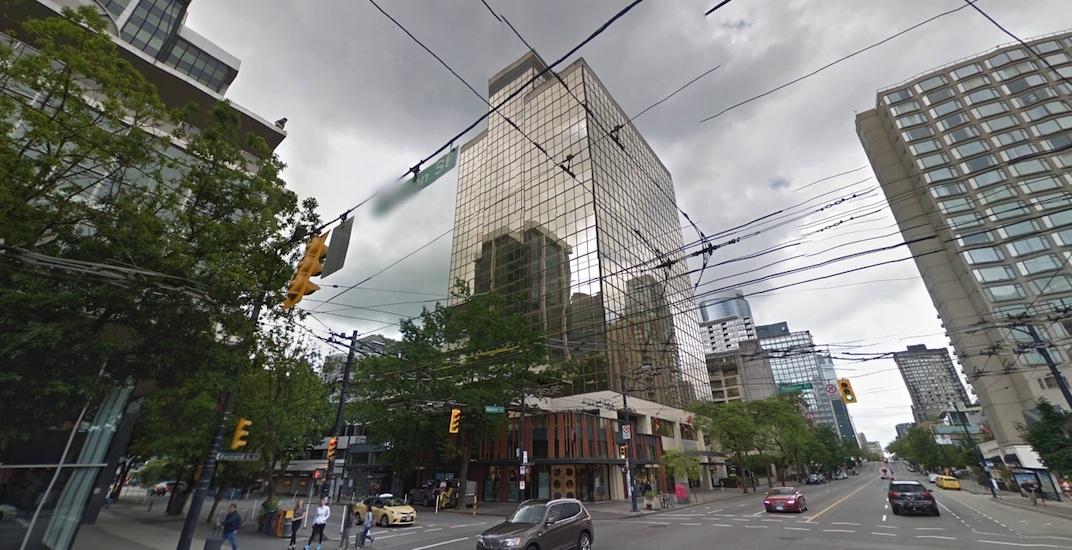 A large commercial complex occupying two-thirds of an entire city block in the core of downtown Vancouver has been acquired by Crestpoint Real Estate Investment.

Earlier this month, the Toronto-based firm announced its acquisition of 800 Burrard Street – located at the prominent southeast corner of the intersection of Burrard Street and Robson Street – but in an email to Daily Hive it was unable to provide the property’s purchase price at this time.

A source close to the deal who wished anonymity told Daily Hive that the property was acquired for nearly $250 million from Oxford Properties. 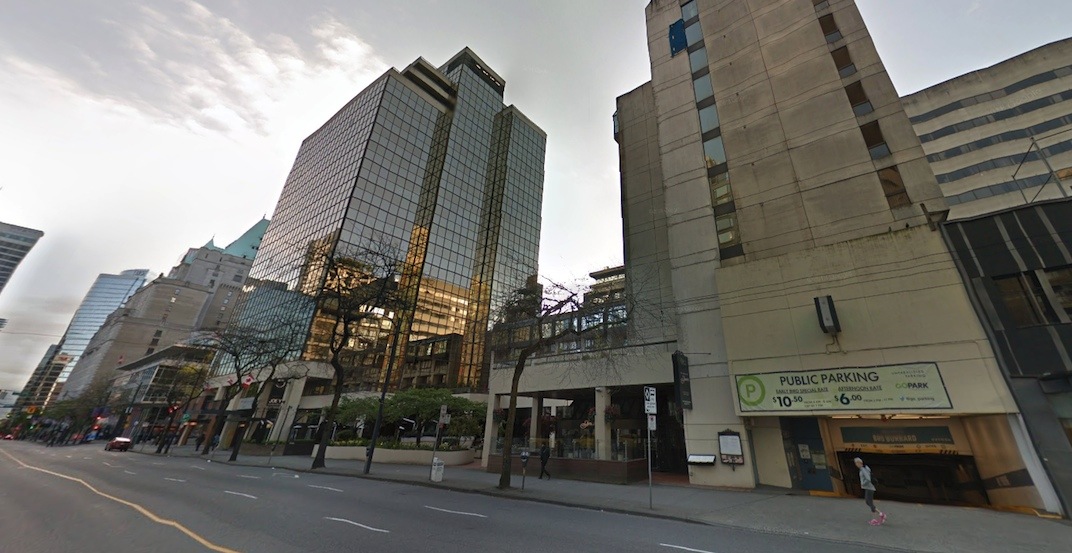 The property has a total floor area of 222,089 sq. ft. on its 40,263 sq. ft. lot, including a 19-storey Class A office building that houses various departments of the federal government, and commercial tenants such as Lululemon’s Vancouver flagship store, UGG store, and Joey Restaurant. It also has an underground public parkade accessed from Burrard Street.

According to BC Assessment, the property had an assessed value of $173 million during its last assessment in July 2017.

The sale price suggests there is immense redevelopment potential for the site.

Earlier this week, Oxford Properties announced that it will be proceeding with a 530-ft-tall, 540,000-sq-ft Class AAA office building at 1133 Melville Street. It will be the new tallest office tower in downtown when complete in early-2022.