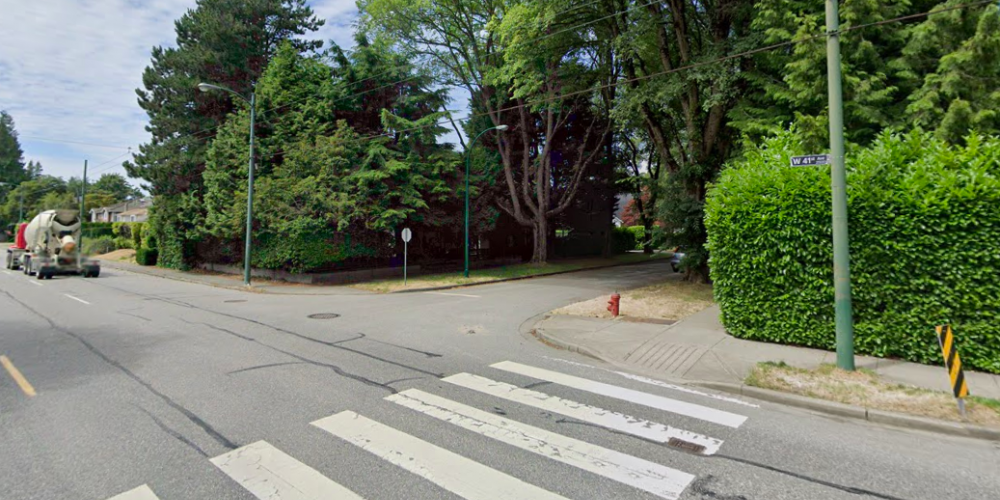 Vancouver Police are searching for witnesses and dashcam footage after an elderly woman was struck by a car over the weekend.

On Saturday, just before 2 pm, a vehicle was reportedly driving west on West 41st Avenue when it hit the senior in the marked crosswalk at Elm Street.

The woman was rushed to hospital where she remains with serious injuries, according to police. The driver of the vehicle stayed on scene and is cooperating with authorities.

“Vancouver Police collision investigators need additional information after an 80-year-old female was struck by a car on West 41st Avenue at Elm Street this past Saturday afternoon,” said Sergeant Aaron Roed in a release. “We have limited information on how the accident happened and would like anyone with dashcam video of the incident or any witnesses to come forward.”

There have been no arrests made and the investigation is ongoing.