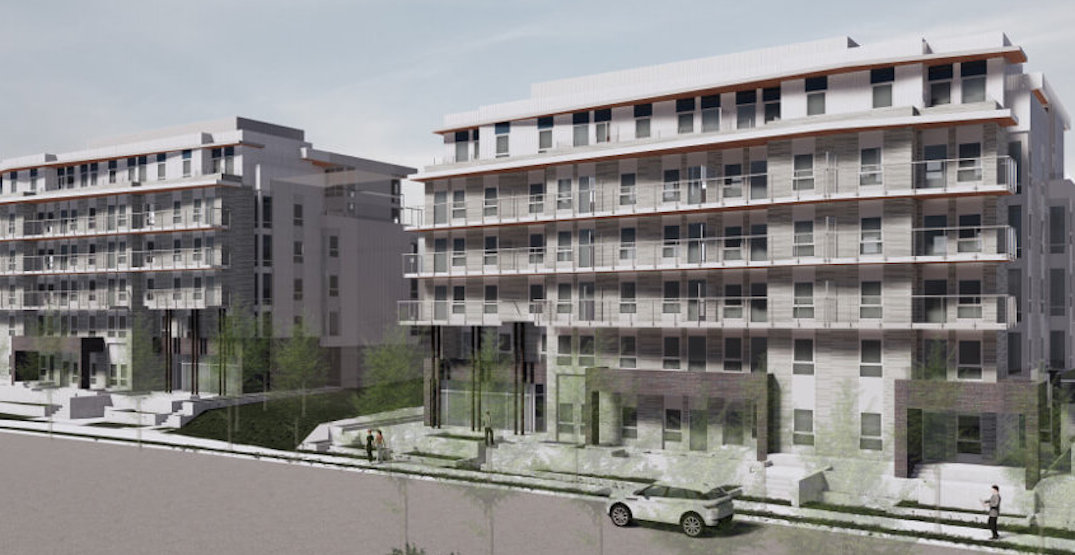 Mid-block sites at 75-95 Southwest Marine Drive in South Vancouver are set to be redeveloped into a pair of six-storey buildings with a combined total of 102 units of affordable rental housing.

The redevelopment sites are just across from the retail complex that includes Canadian Tire and Best Buy, and located about four blocks east of the Canada Line’s Marine Drive Station.

In layman’s terms, 83 Southwest Marine Drive is the house from Disney’s Up minus the balloons — the city has indicated it did not purchase this property. 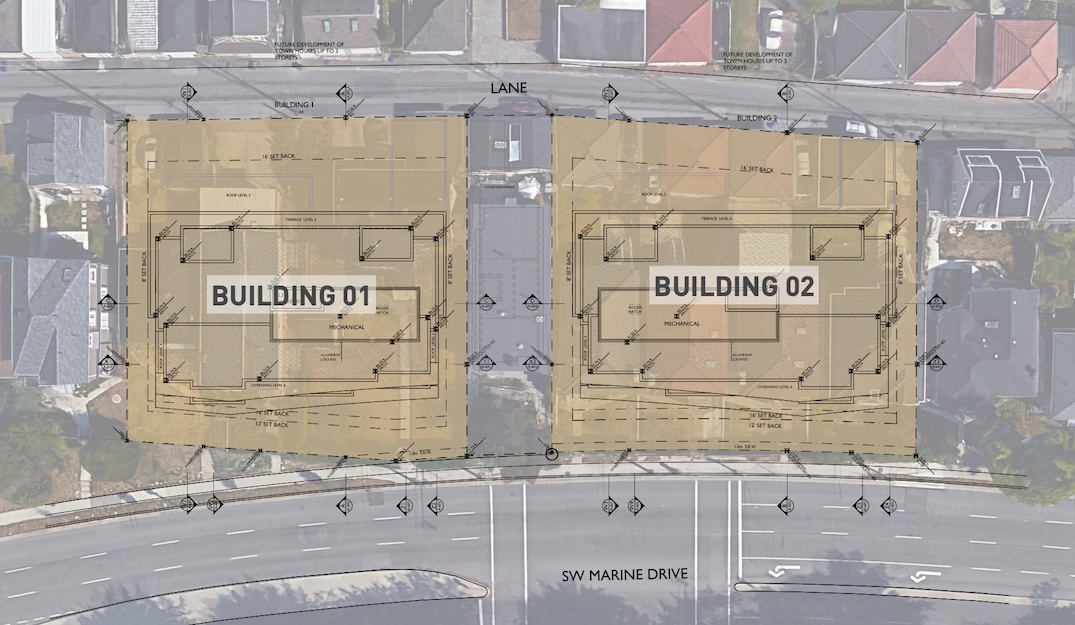 As for the redevelopment, both buildings will be built on land owned by the City of Vancouver valued at $22.7 million. The municipal government is also providing about $1.6 million in development cost charge waivers.

Additionally, the provincial government is providing $10.2 million to New Chelsea Society to execute and operate the project, as well as construction financing and annual operating funding.

The project’s rezoning application was approved in December 2017, and construction is now scheduled to start sometime this spring. 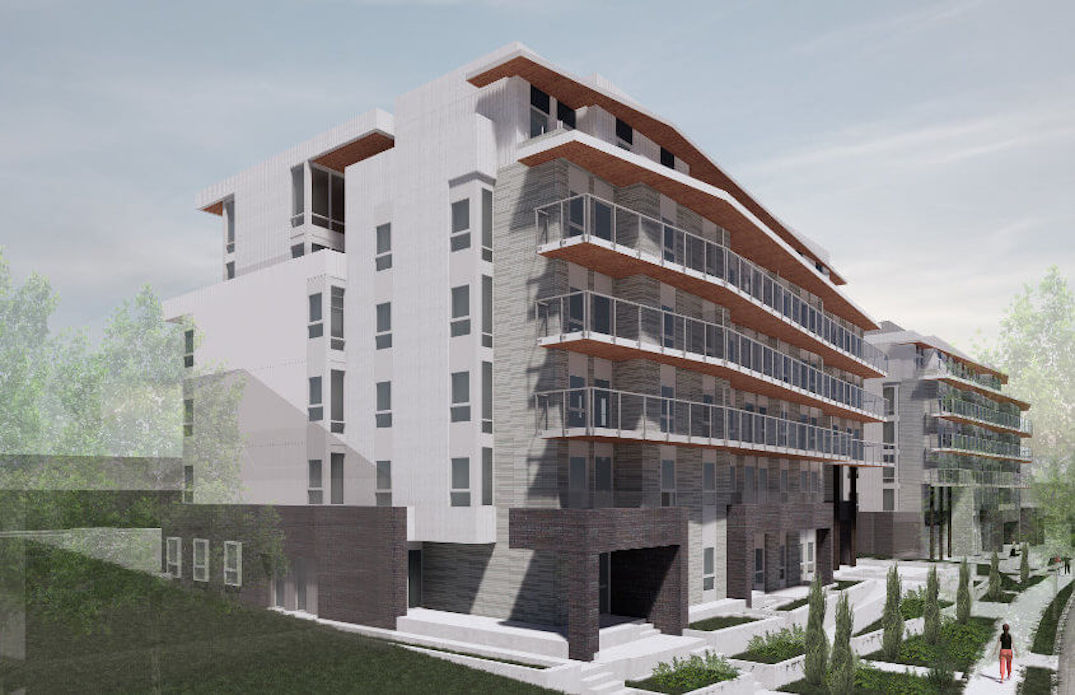 “This year, New Chelsea Society celebrates its 65th anniversary of welcoming our first resident into our housing. At a time when more affordable housing is so desperately needed in our city, we look forward to that day when we can welcome our newest residents to their new Southwest Marine Drive home.” 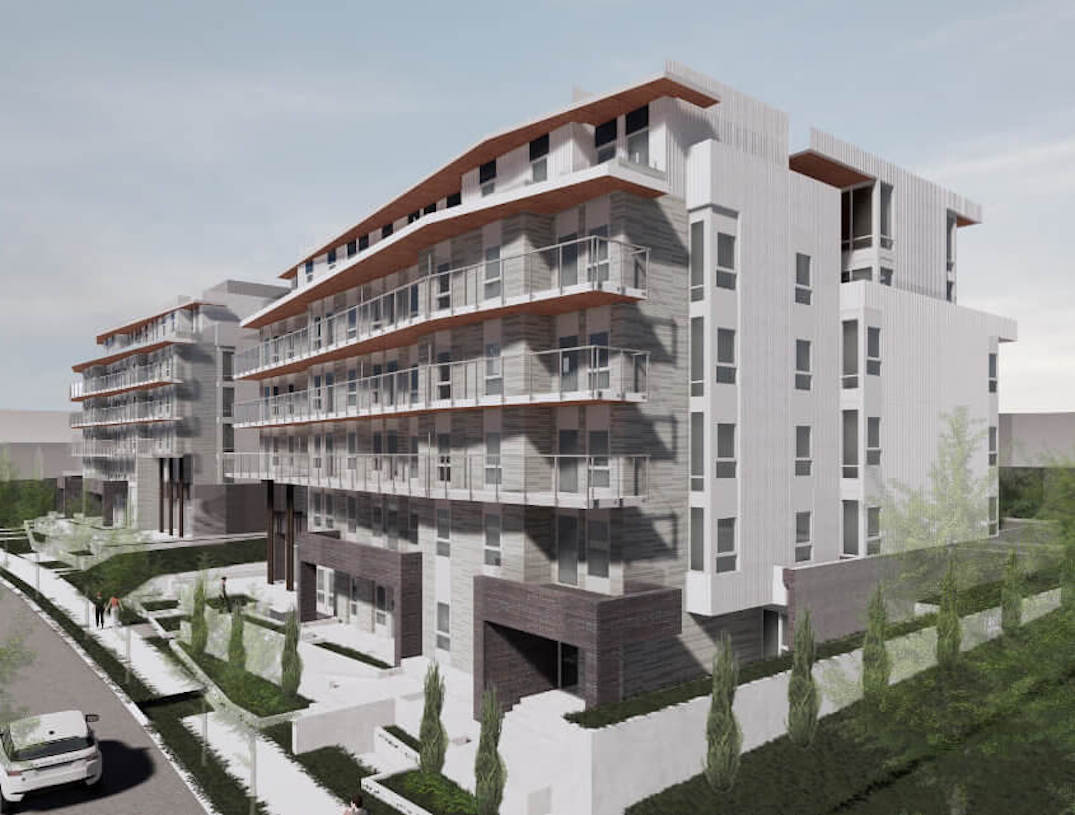 Both buildings will have five upper storeys of wood frame construction on top of a ground level of concrete construction.

“The top of each of the two buildings have been sculpted according to the requirements of the Marpole Plan. A one storey step back above the fifth level has been provided on south side,” reads the design rationale, which notes the exterior cladding will use a combination of brick and fibre cement panels and boards.

“An additional two storey step back is provided on the north elevation at level four. These step backs are in keeping with the intent of the Marpole Plan to reduce the apparent height of the building and mitigate shadow impacts to adjacent properties.” 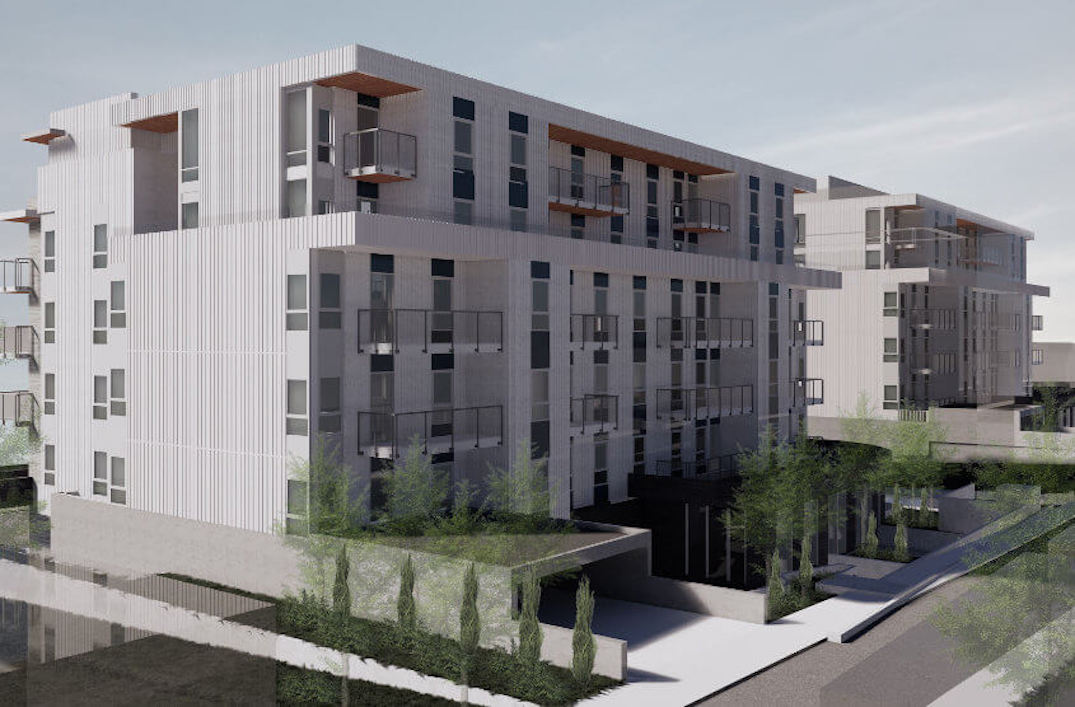 Residents will have access to indoor and outdoor amenity spaces. Green open space is provided along the rear of the property, where setbacks from the laneway are up to 40 ft.

A single underground level in each building will provide a combined total of 60 vehicle parking stalls and 128 bike parking spaces.