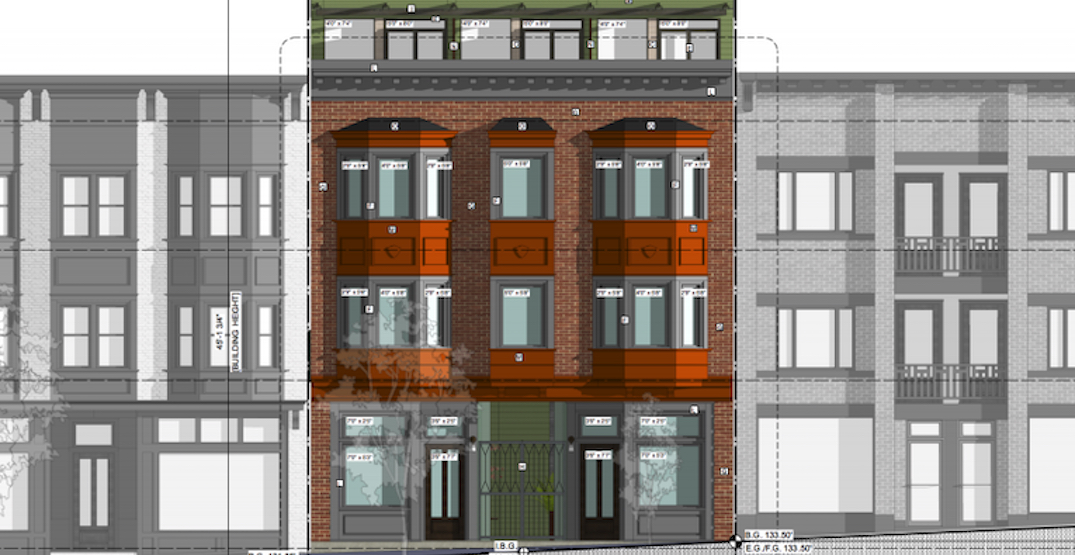 Nearly six years after it was gutted by fire and left abandoned, a development application has been submitted to the City of Vancouver to rebuild 748 East Broadway, located just east of the intersection of Fraser Street and East Broadway in Mount Pleasant.

But the rear portion of the structure — damaged beyond repair — will be demolished to allow for a new 45-ft-tall, four-storey building. 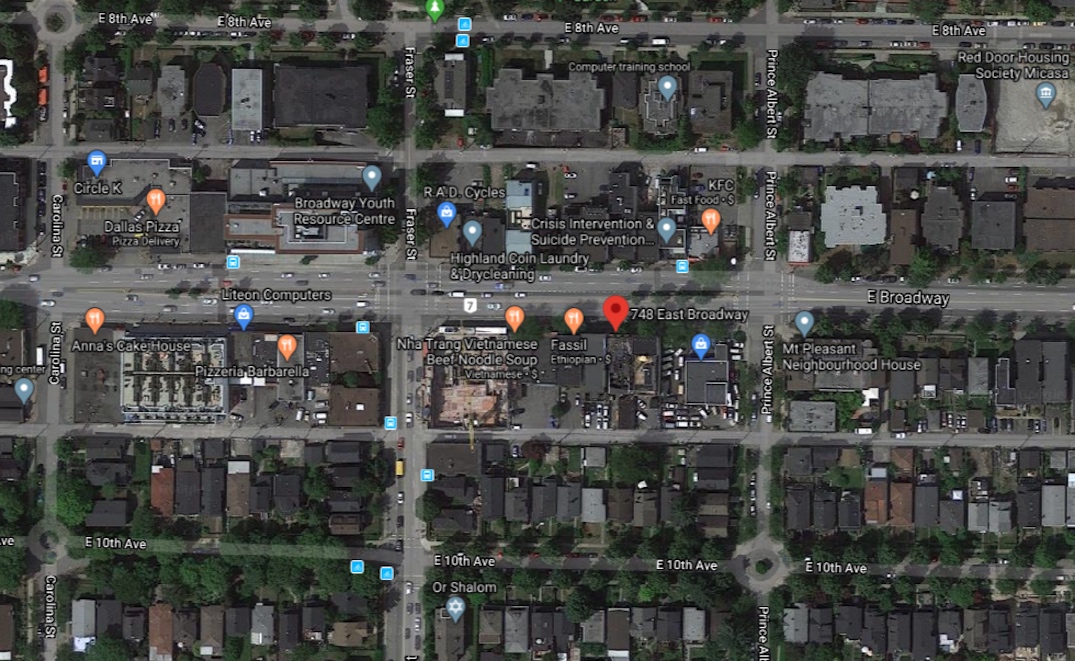 There will be 18 secured market rental homes, with a unit mix of 10 studios and eight one-bedroom units, and about 1,100 sq. ft. of ground-level retail space, which is split into two small storefront units by the heritage residential entry.

Even though the project is working with an exceptionally small and narrow footprint, the design fits in an internal courtyard outdoor amenity space that centres the front and rear blocks of the residential units. 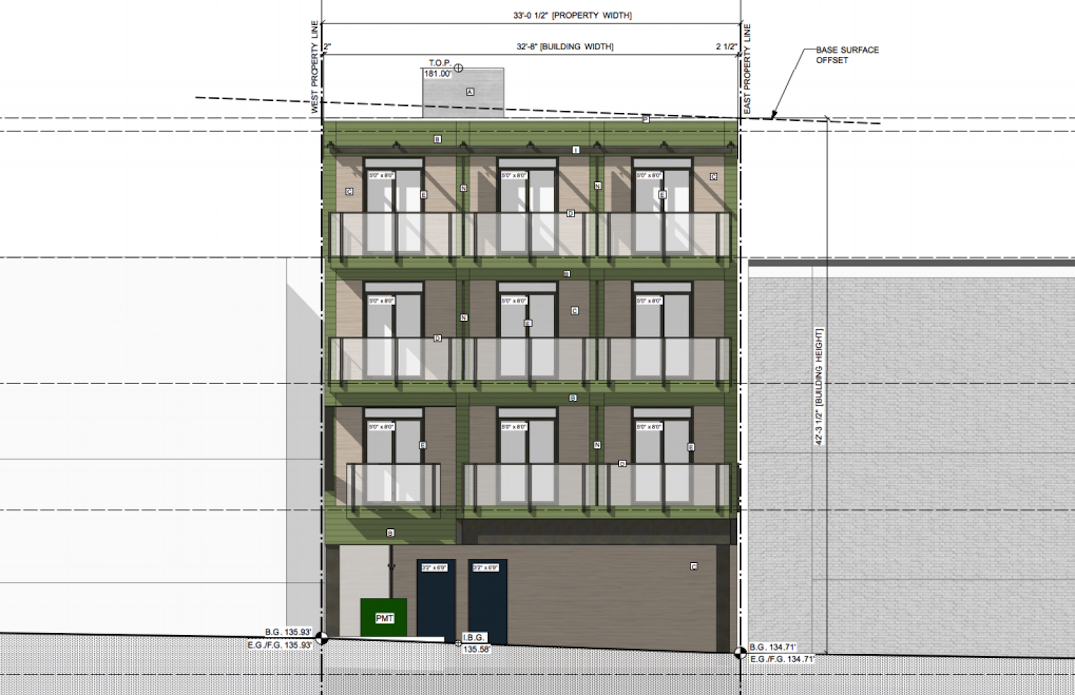 “We believe that our proposal reinforces City policies aimed at the retention and restoration of existing heritage asset buildings, in order to maintain an architectural style and building form consistent with the historical character of the area,” reads the application. 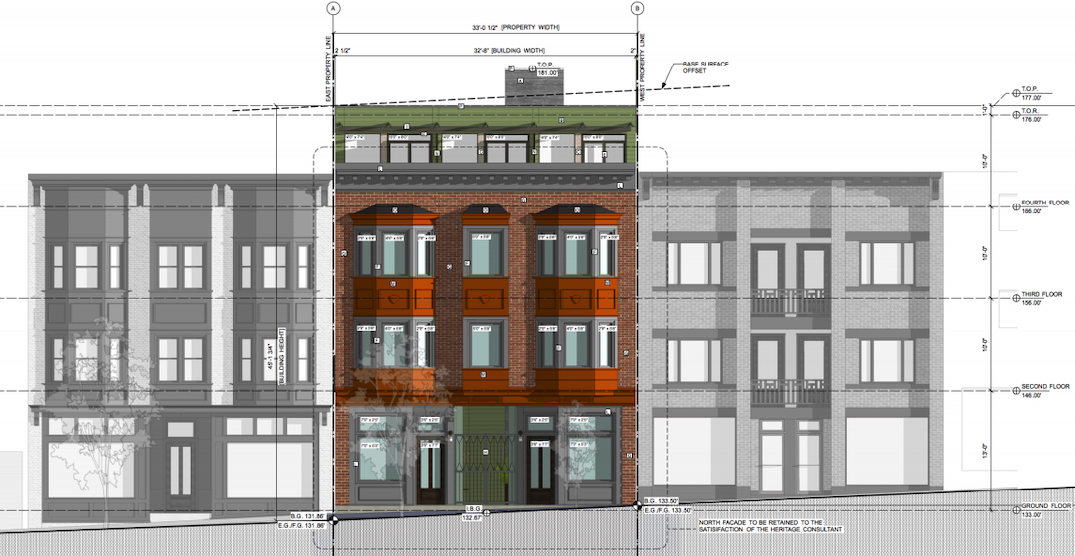