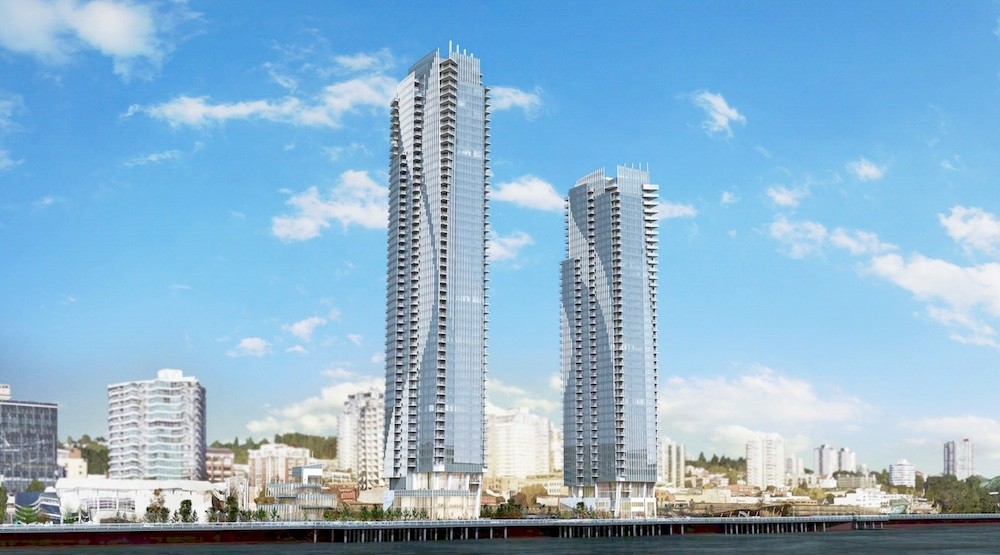 A major residential redevelopment is being planned for New Westminster.

If built the larger of the two buildings would be one of the tallest in Metro Vancouver, falling just shy of the Shangri-La Hotel (659 ft) and Trump International Hotel & Tower (616 ft).

The proposed development are part of a growing trend of suburban municipalities approving towers that are taller than the city centre.

Two twin towers as part of The Amazing Brentwood, the under-construction redevelopment of Brentwood Town Centre, will be 610 ft tall while another nearby proposal at Gilmore Station could potentially exceed the height of the Shangri-La Hotel. 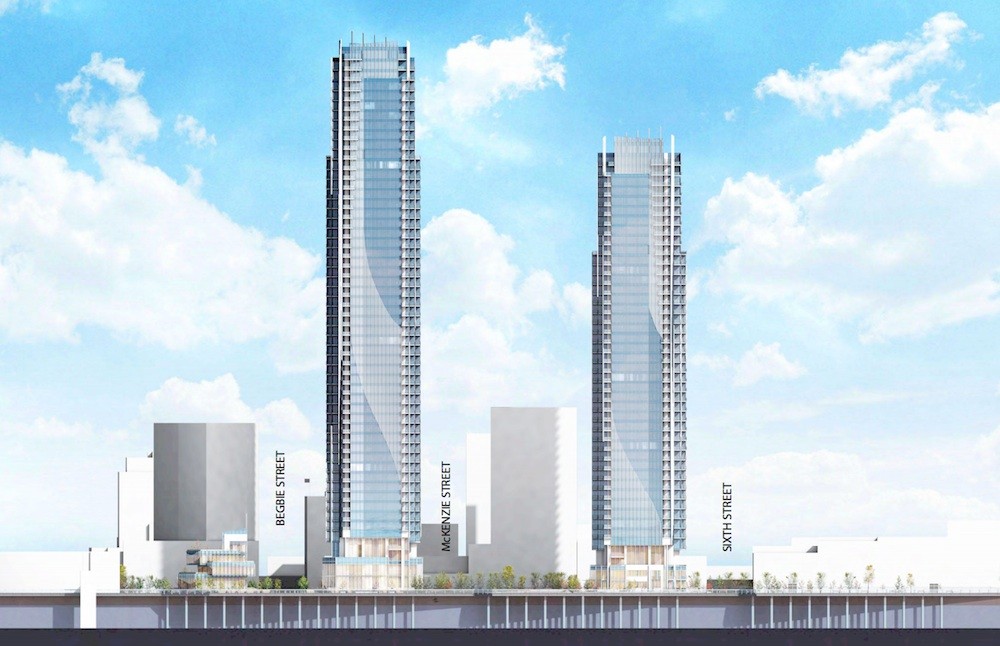 The project’s proposed site at 660 Quayside Drive is a 177,000-sq-ft ground-level parking lot along the river located east of the River Market and Fraser River Discovery Centre, and southeast of SkyTrain’s New Westminster Station.

According to a rezoning proposal submitted to the City of New Westminster earlier this spring, the project will consist of 665 residential units including 156 one-bedroom units, 441 two-bedroom units, and 68 three-bedroom units.

A restaurant is planned for the base of the tallest tower while a three-storey commercial building on the western end of the development site would contain retail space and a 40-space childcare facility.

There will also be over 900 parking spaces spread across three underground levels, including 777 stalls for residents and 80 stalls for public parking.

All three buildings are clustered on the western end of the site so that the eastern end can be used as a two-acre expansion of Westminster Pier Park. 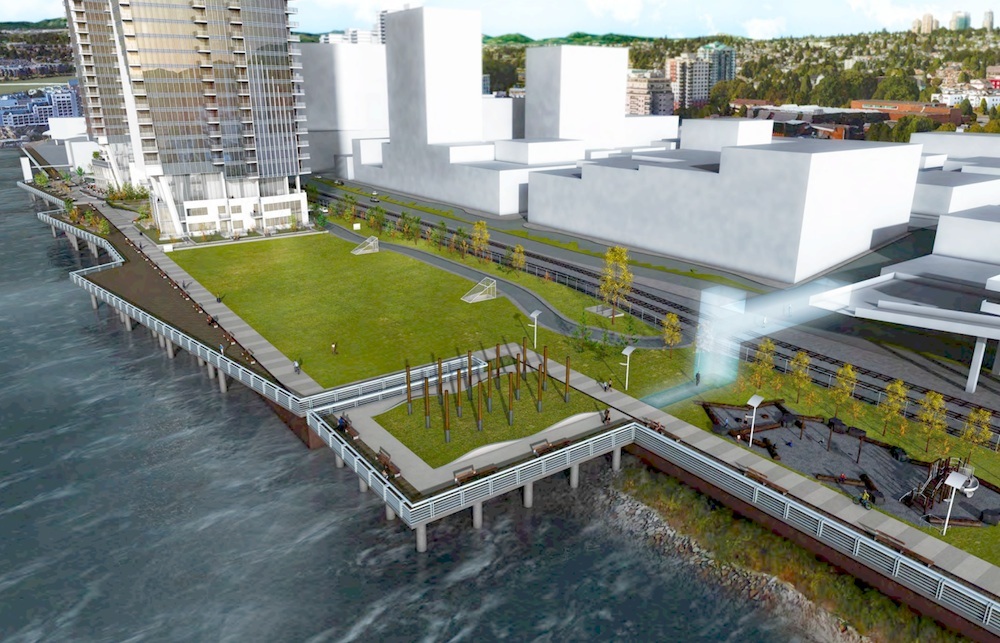 The design by local firm Amanat Architect takes water as a key inspiration for the architectural concept of the towers.

“The movement of waves and it’s ever changing nature gave inspiration to all facets of the design,” reads the design rationale.

“The location beside the river is recognized as a precious and rare opportunity that demands to be celebrated and given as many opportunities in the design to share and open it up for the public.” 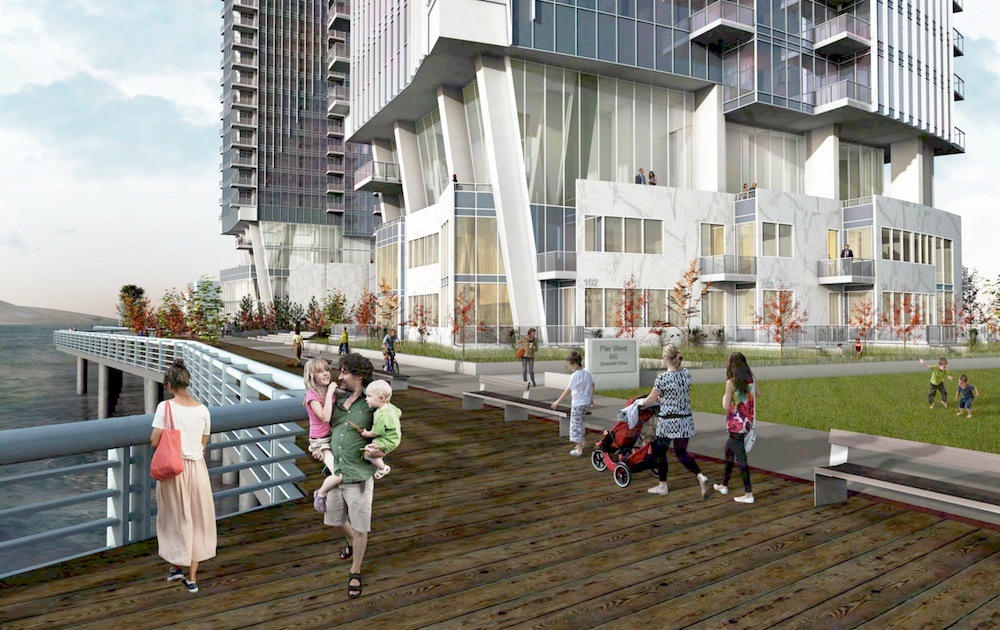 Three years ago, the site was owned by Larvo Investments, which worked with the municipal government on a master plan and rezoning. It called for three shorter towers and space for a 150-room hotel.

Bosa acquired the site from Larco for its development potential last year. 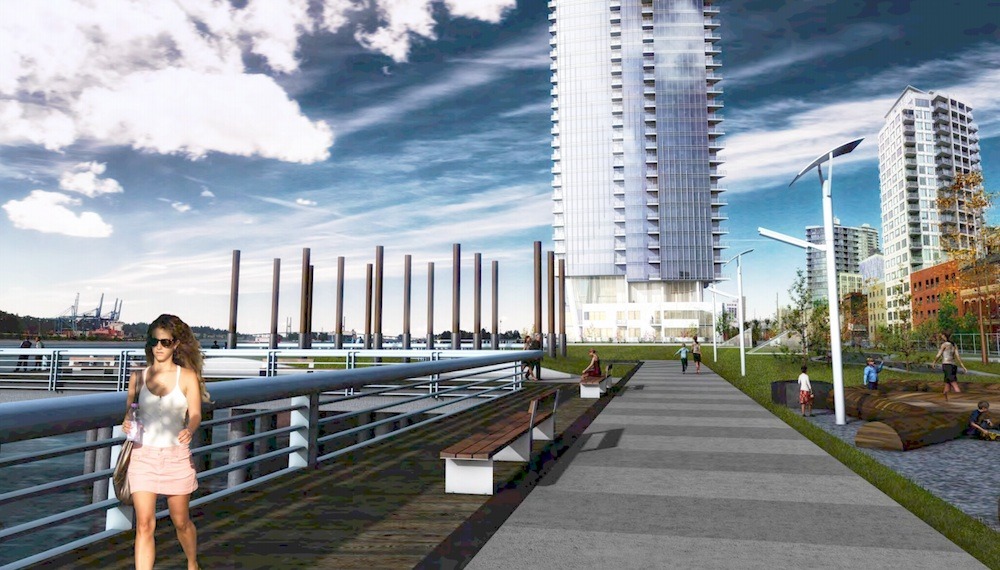 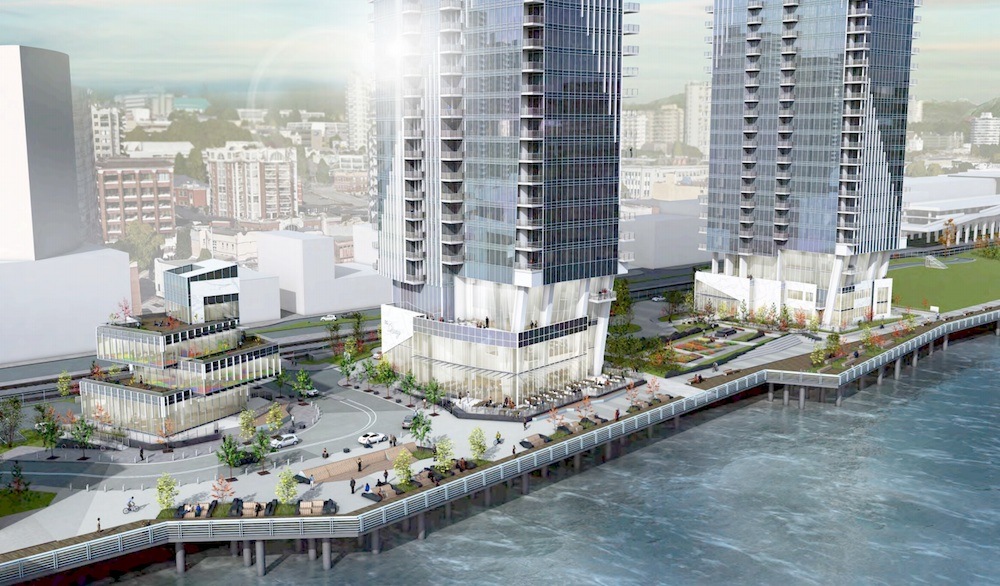 Artistic rendering of the bases of the two towers and the three-storey commercial building. (Amanat Architect / Bosa Development) 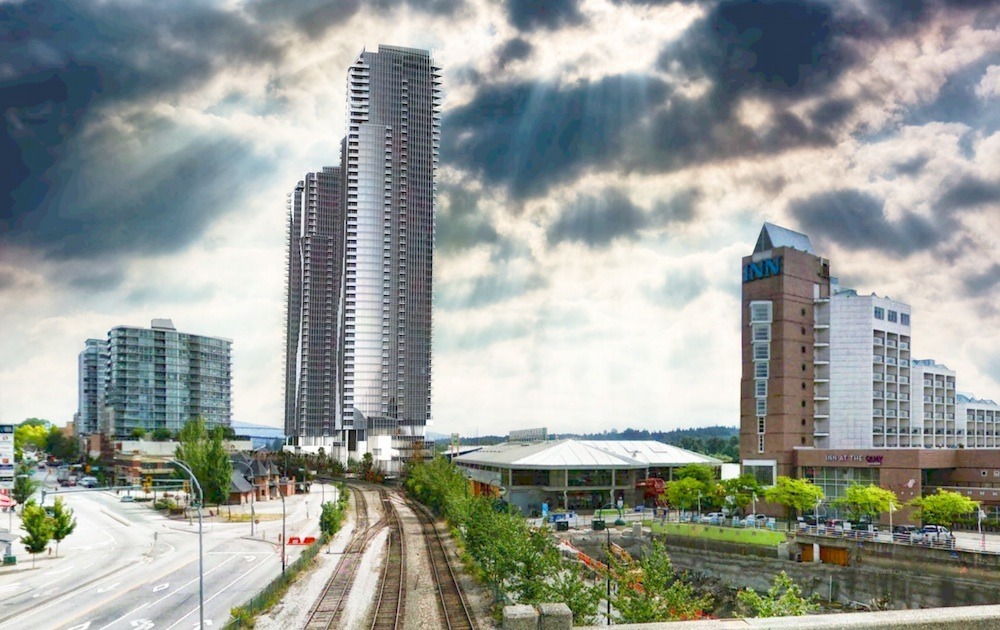 Diagram of the towers in relation to the immediate area. (Amanat Architect / Bosa Development)

View of the towers from SkyBridge in Surrey. (Amanat Architect / Bosa Development)