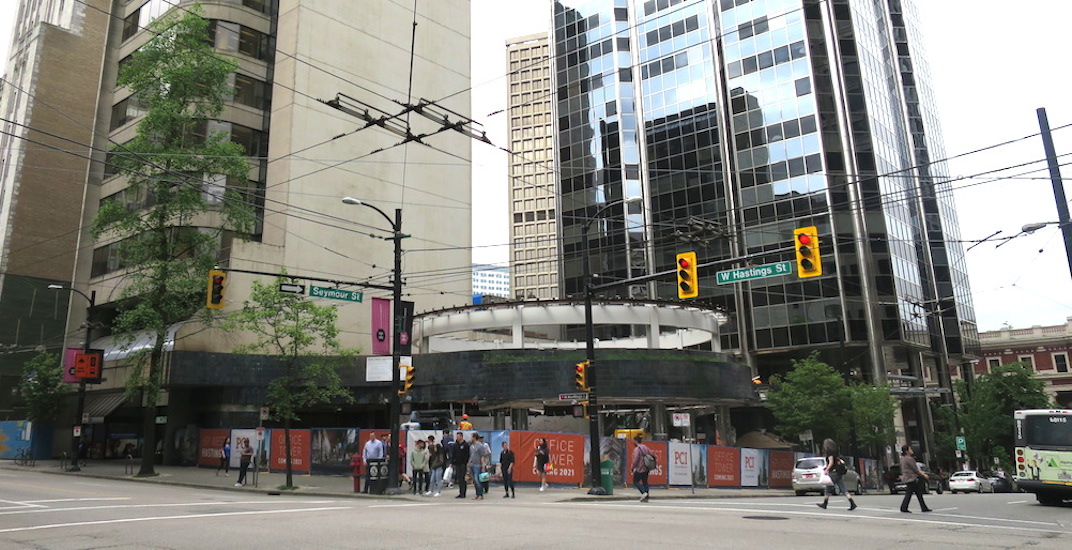 A new 25-storey office tower is set to rise at a small corner site at the northwest corner of the intersection of West Hastings Street and Seymour Street – just south of the Waterfront Station transit hub and across the street from Harbour Centre.

Demolition work on the glass-domed plaza, a part of the adjacent Princess Building, at 601 West Hastings Street is quickly progressing. 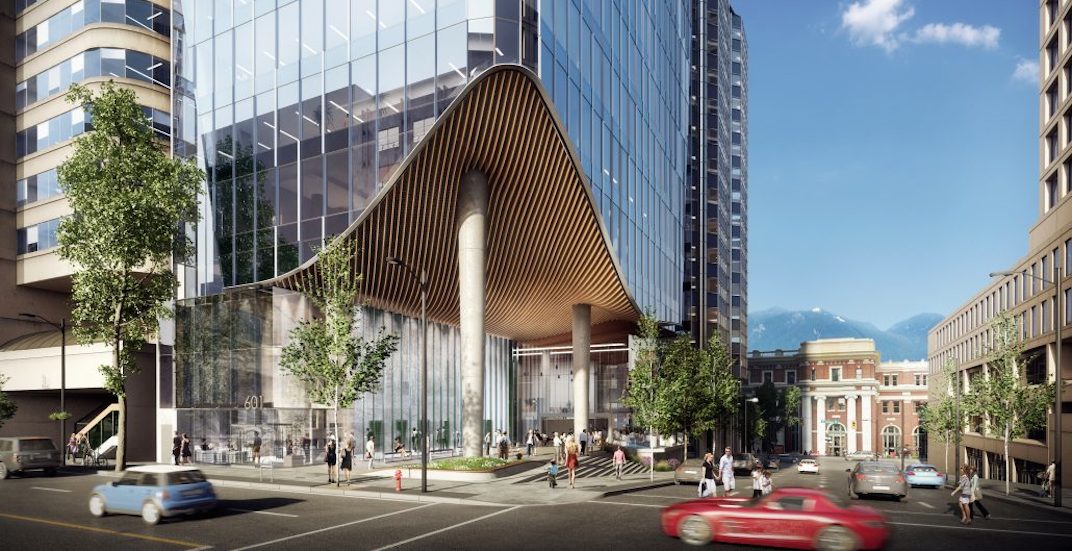 A significant exterior overhang with a high ceiling within the base of the tower provides a replacement 8,200 sq. ft. public plaza, which features a wall of water. 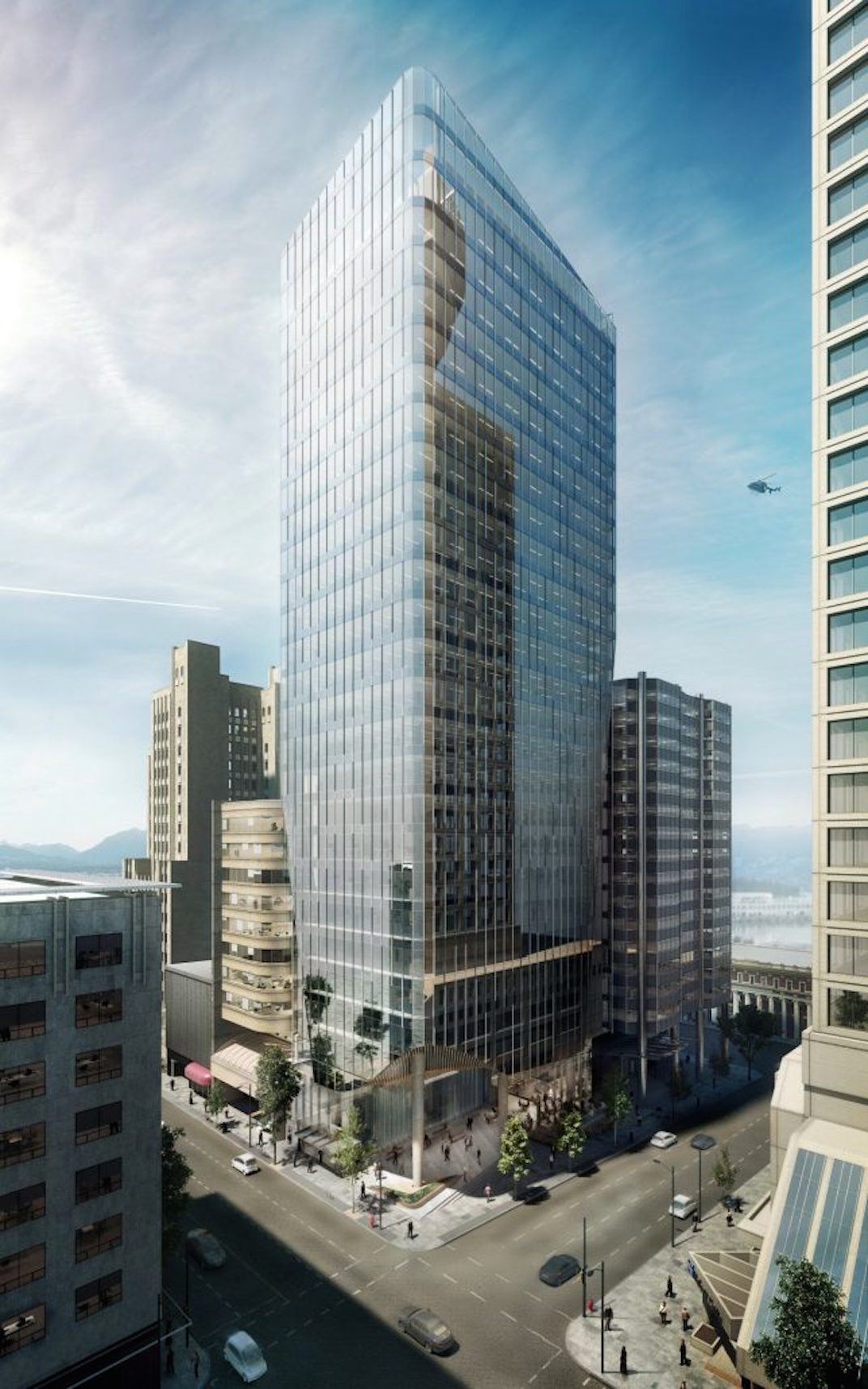 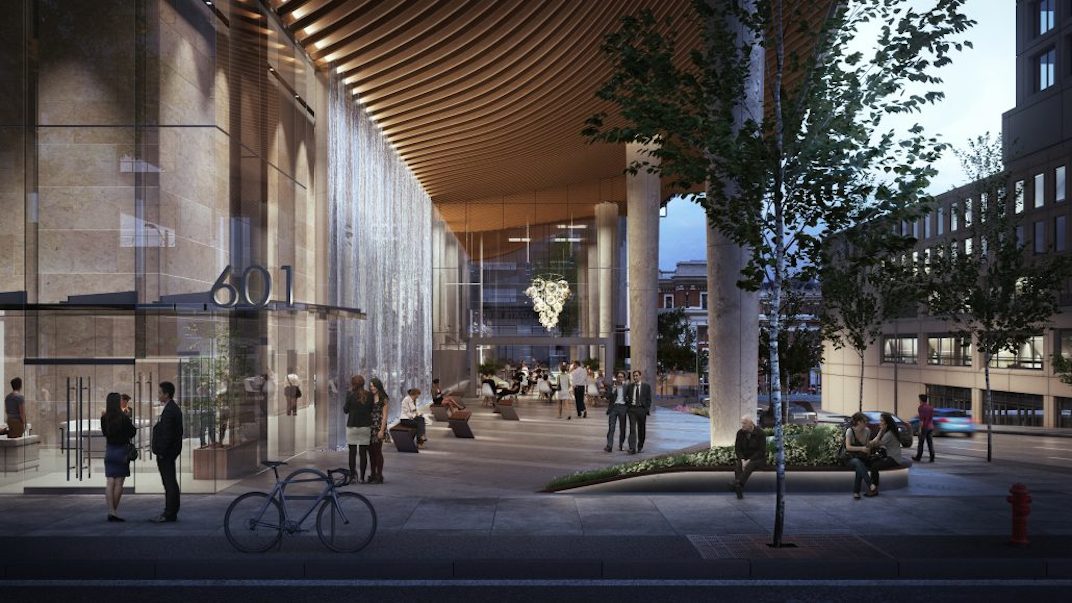 “The striking overhang at the building’s corner plaza invites pedestrians to engage with the space and is sculpted to capture maximum sunlight and allow for clear views,” reads the design rationale by Toronto-based B+H Architects. “The base of the tower uses a minimum floor area for the lobby, maximizing usable outdoor public space.”

Despite the small lot size, the project team is still able to squeeze in five levels of underground parking with 100 vehicle stalls and 78 bicycle spaces.

Construction is anticipated to reach completion in mid-2022. 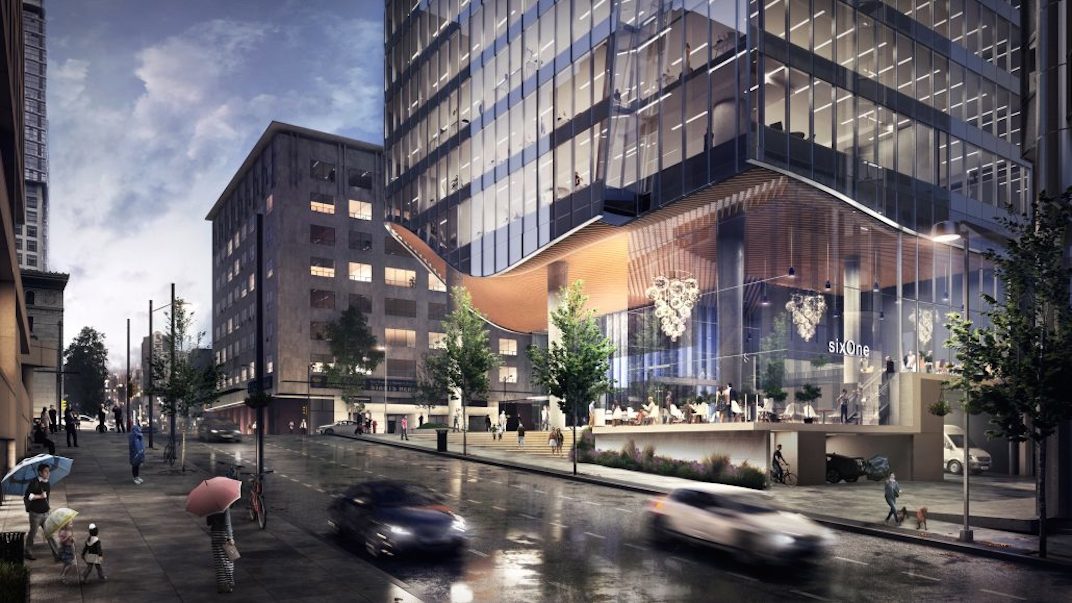 This redevelopment is just one of three towers slated for the immediate area. Just 40 feet to the west at 625 West Hastings Street, located on the same city block, a 28-storey office tower is proposed to be wedged between the 1930-built Royal Bank building and a smaller office building.

On the opposite corner of the city block at 320 Granville Street, the old parkade across from Waterfront Station is currently being demolished for a 355,000 sq. ft. office tower.

And a revised design has been made for the proposal to build an “origami” inspired tower at 555 West Cordova Street next to Waterfront Station. 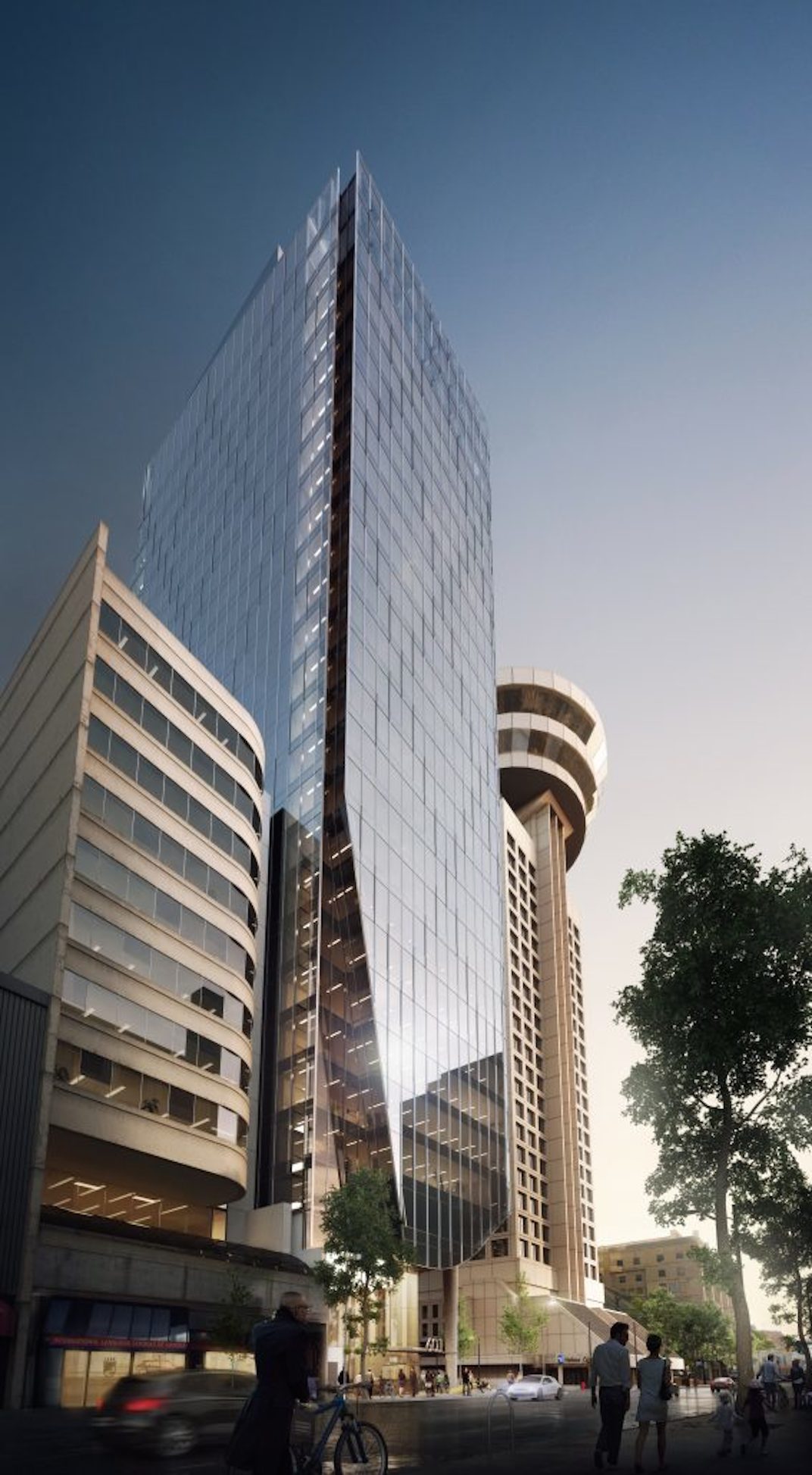