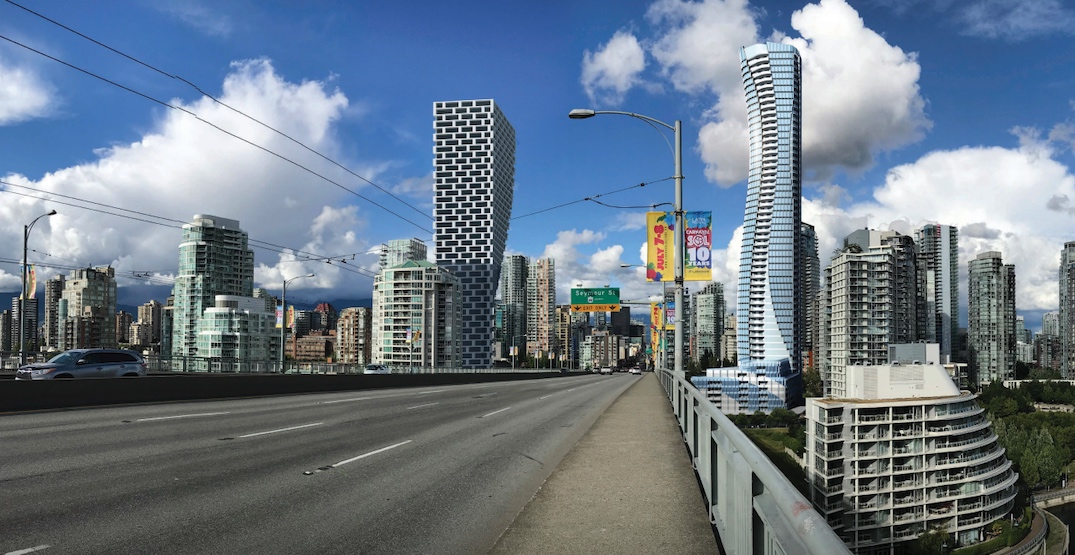 The decision on the rezoning application for 601 Beach Crescent came down to an 8-2 vote this afternoon, with Non-Partisan Association councillors Melissa De Genova and Colleen Hardwick in opposition, and Sarah Kirby-Yung absent.

Under the city’s Higher Buildings Policy, the large vacant lot east of the Seymour Street off-ramp will be developed into a 535-ft-tall, 55-storey, mixed-use tower — slightly taller than the adjacent 495-ft-tall Vancouver House, which is one of the two city-designated gateway towers for the bridge.

Pinnacle International is the developer, and Shanghai-based Jyom Architecture and local firm GBL Architects are behind the design, which is inspired by the dancing movement of a dress. 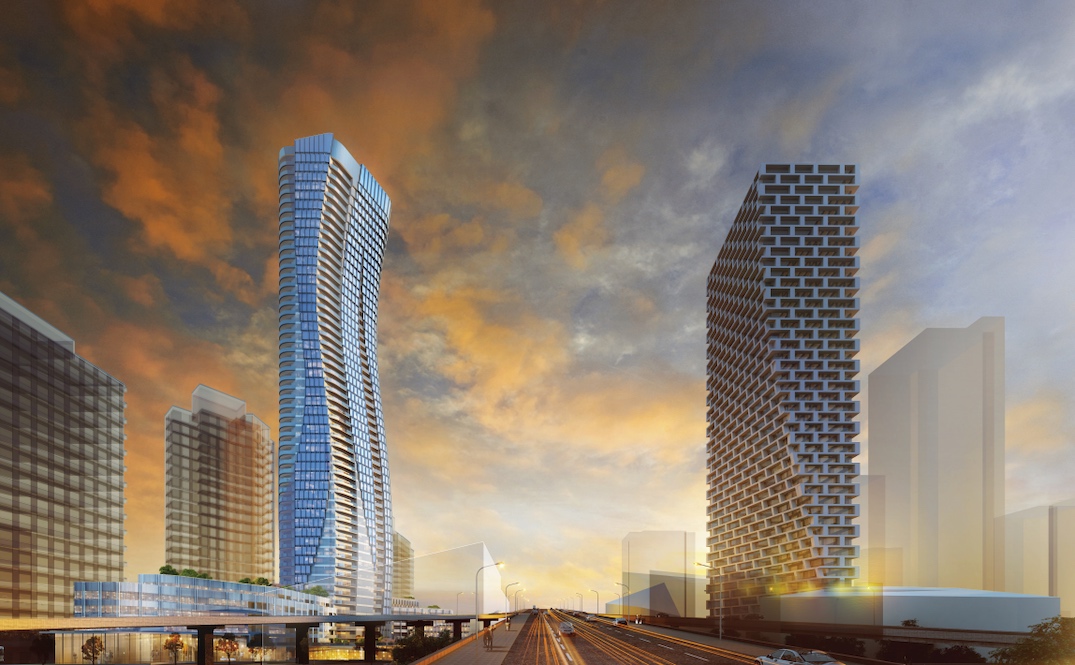 The development will create 455 homes, including 303 condominiums in the tower, and 152 social housing units within the upper podium levels that will be owned by the city and operated by a non-profit housing society.

The podium also includes approximately 25,000 sq. ft. of commercial space that will help activate the new public spaces under the Seymour Street off-ramp. A total of 470,889 sq. ft. of total floor area will be built, creating a floor space ratio density of 7.57 times the size of the 1.43-acre lot. Three underground levels will contain 387 vehicle parking stalls and 920 bike parking spaces.

During the deliberations, there was a reconsideration proposed by De Genova to have city staff return to the developer and request that they reduce the number of condominiums to accommodate a secured market rental housing component.

However, city council voted 7-3 against sending the rezoning application back to the drawing board, with De Genova, Hardwick, and NPA councillor Dominato voting in support for the consideration of rentals.

City manager Sadhu Johnston quickly deemed a shift to include rentals as economically and financially unfeasible for the project.

As part of the developer’s agreement with the city, it must provide a financial community amenity contribution (CAC) of $12.1 million, in addition to the in-kind value of $66 million for the social housing and about $700,000 for public art, for a total public benefits package value of almost $79 million.

“I don’t believe they can achieve both of those objectives based on the high cost of delivering 152 social housing units. Rental units don’t deliver that kind of CAC or any CAC in most cases,” said Johnston.

“It’s really wishful thinking that we can get a substantial portion of rental and 152 units of social housing. The tradeoff will be social housing or rental.” 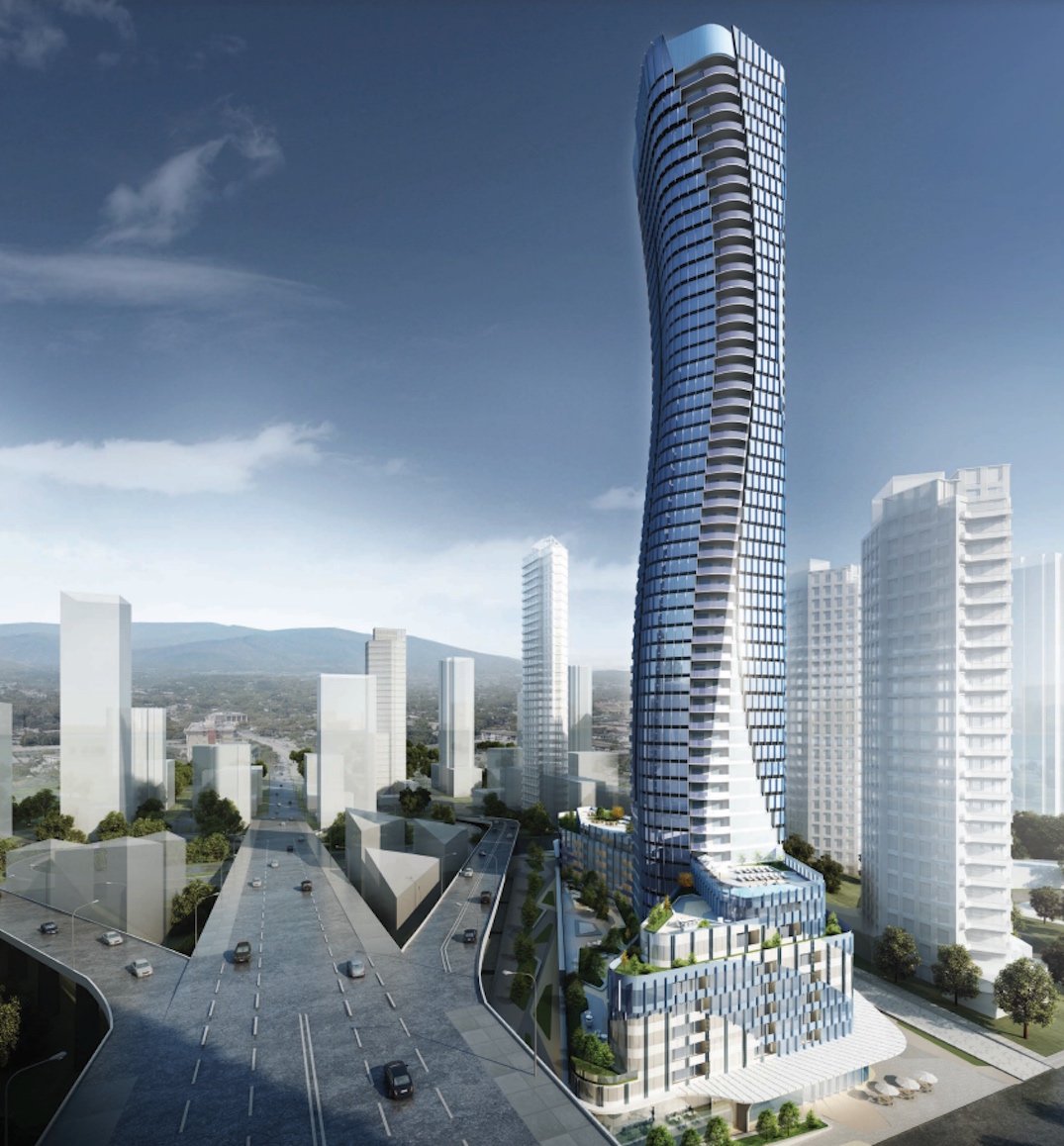 For the same reasons, COPE councillor Jean Swanson also indicated her clear preference to protect the social housing component of the project.

“I’ve been enough of these rezonings to know that if the strata are replaced with rentals, then the number of social housing units we’ll get will be reduced, and the rentals that will replace the strata will be really expensive.” 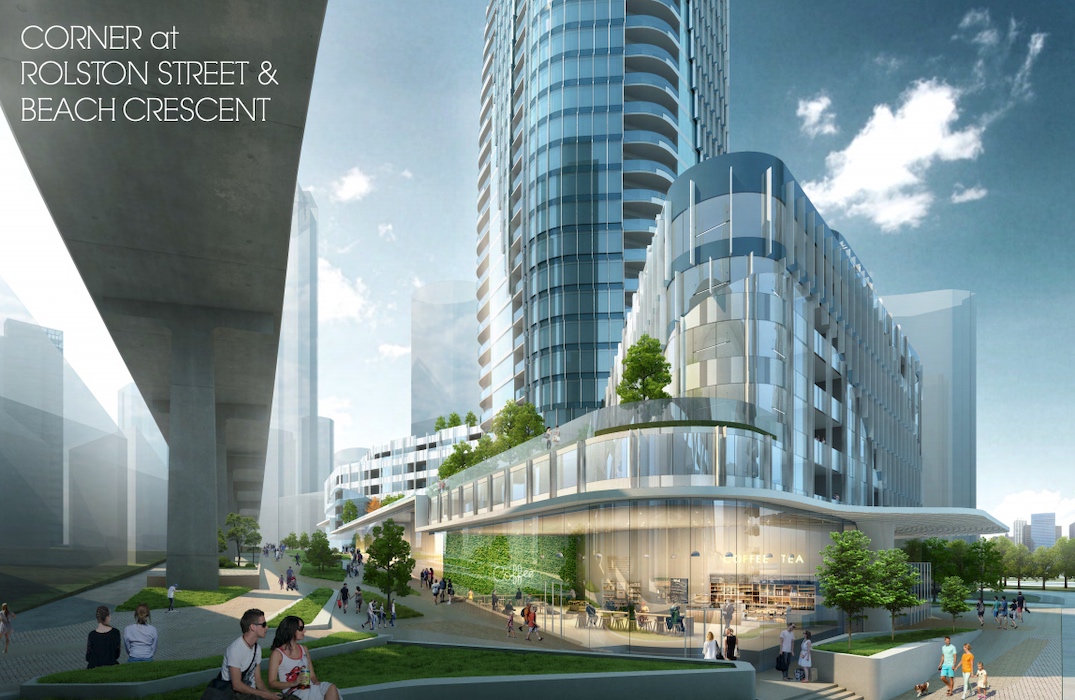 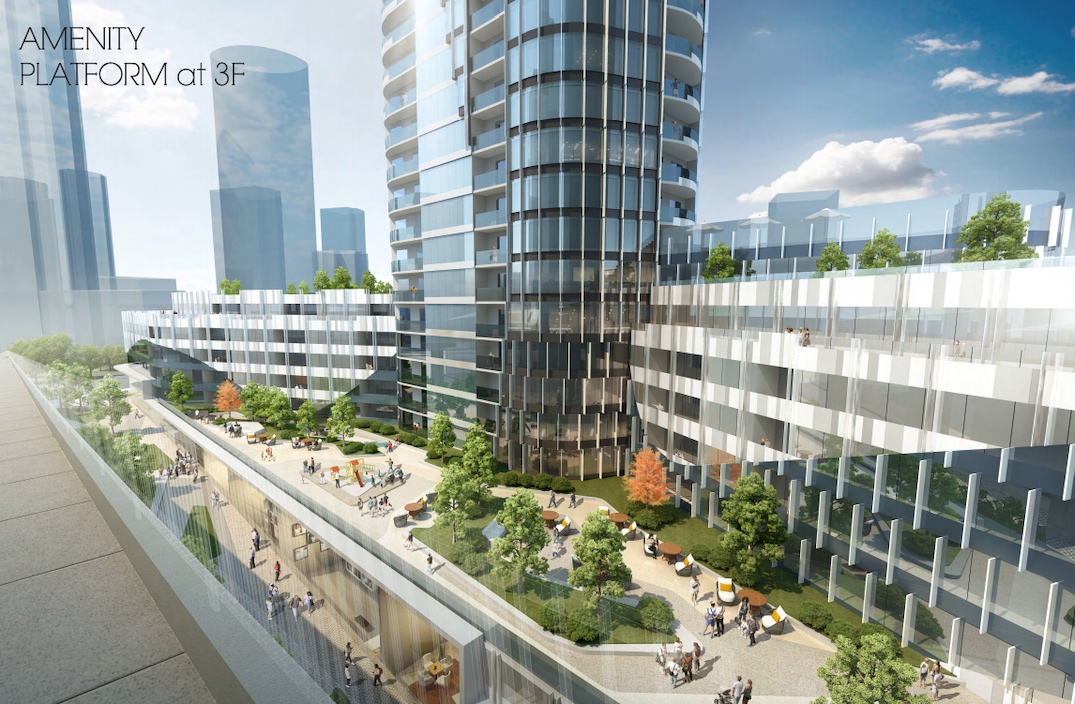 Mayor Kennedy Stewart also warned that a retooling of the project would trigger an entirely different public hearing, leading to further delays with the development, specifically the generation of 1,600 direct and indirect construction jobs during the worst of the economic crisis.

“If I were able to say to you the federal housing minister is giving you $66 million for social housing for which we control the rents as in the case here, people would be jumping up and down,” said Stewart.

“We have this now, getting a beautiful building. If we approve it with a grand entrance way into the city, with the bonus of 152 social housing units, we can make the decision today.”

There was some consternation early in today’s second day of the public hearing, when city councillors questioned city staff over a lawsuit filed by Concord Pacific about four years ago.

Concord Pacific transferred the property to the municipal government in the late 1990s for the purpose of building social housing. But in 2016, the city sold the property to Pinnacle International for a base acquisition price of $20 million, with the developer providing further payments on an incremental scale based on the approved project size.

Another condition in the sale was that the developer would fund and build 152 affordable housing units on behalf of the city. City staff essentially dismissed the lawsuit as a relevant factor for today’s rezoning decision. 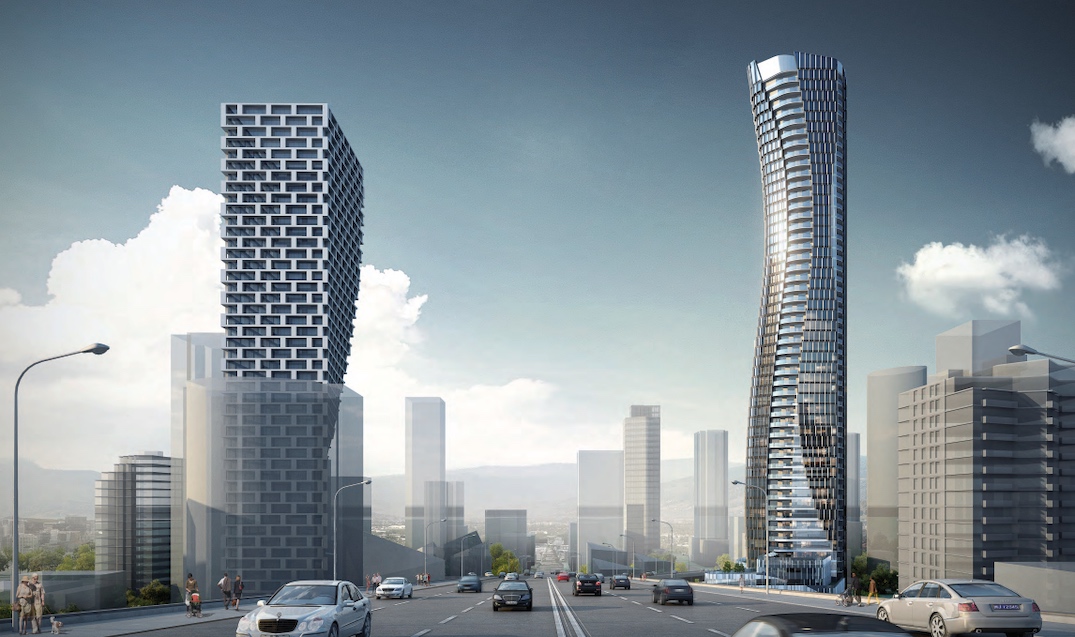 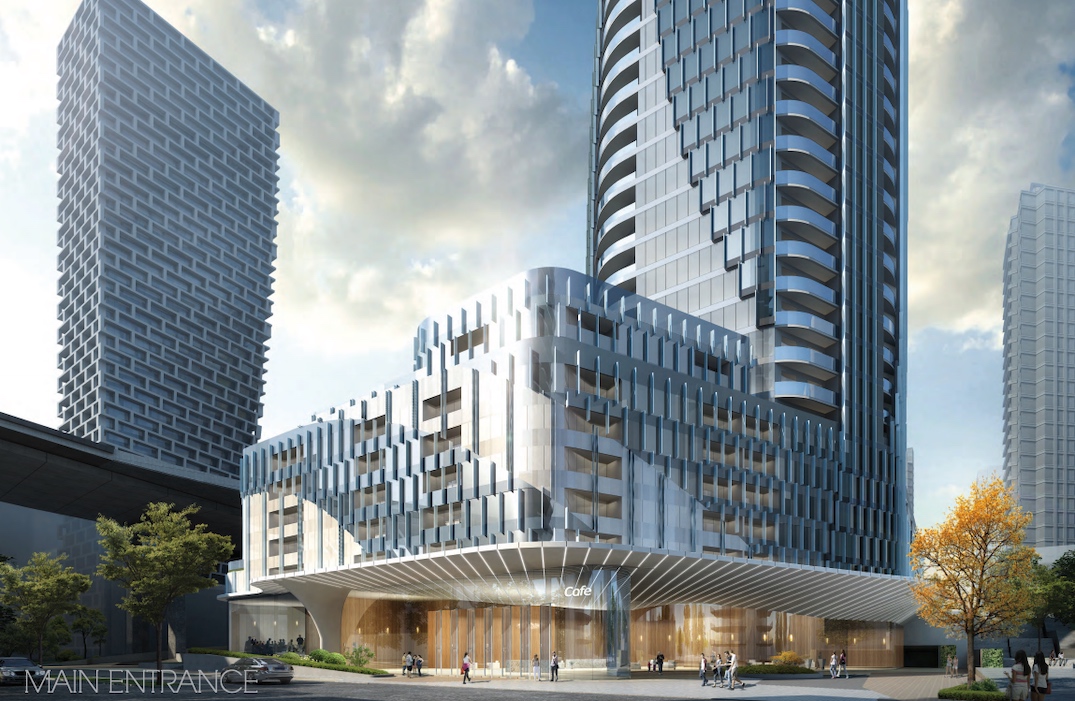 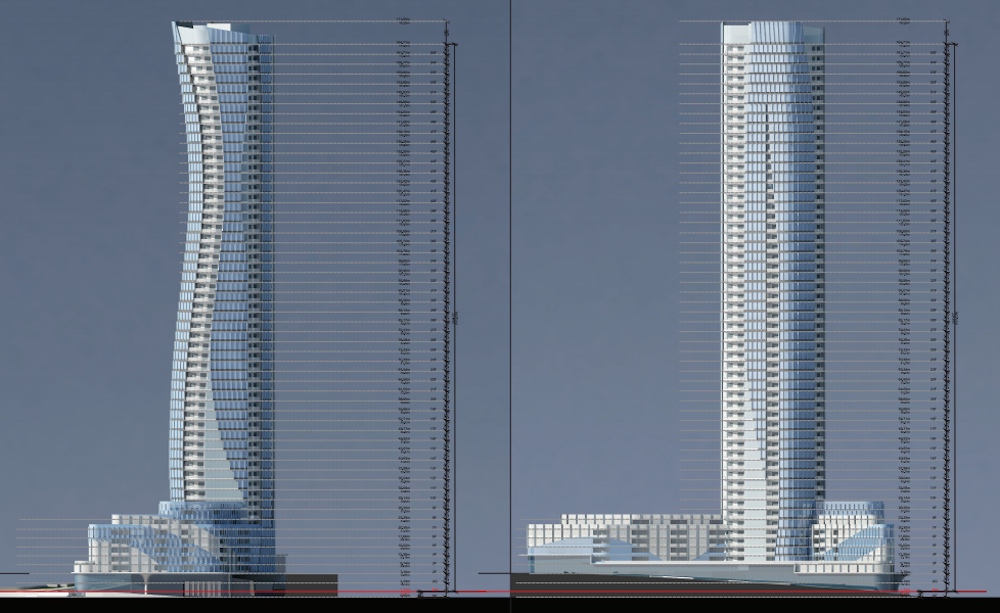