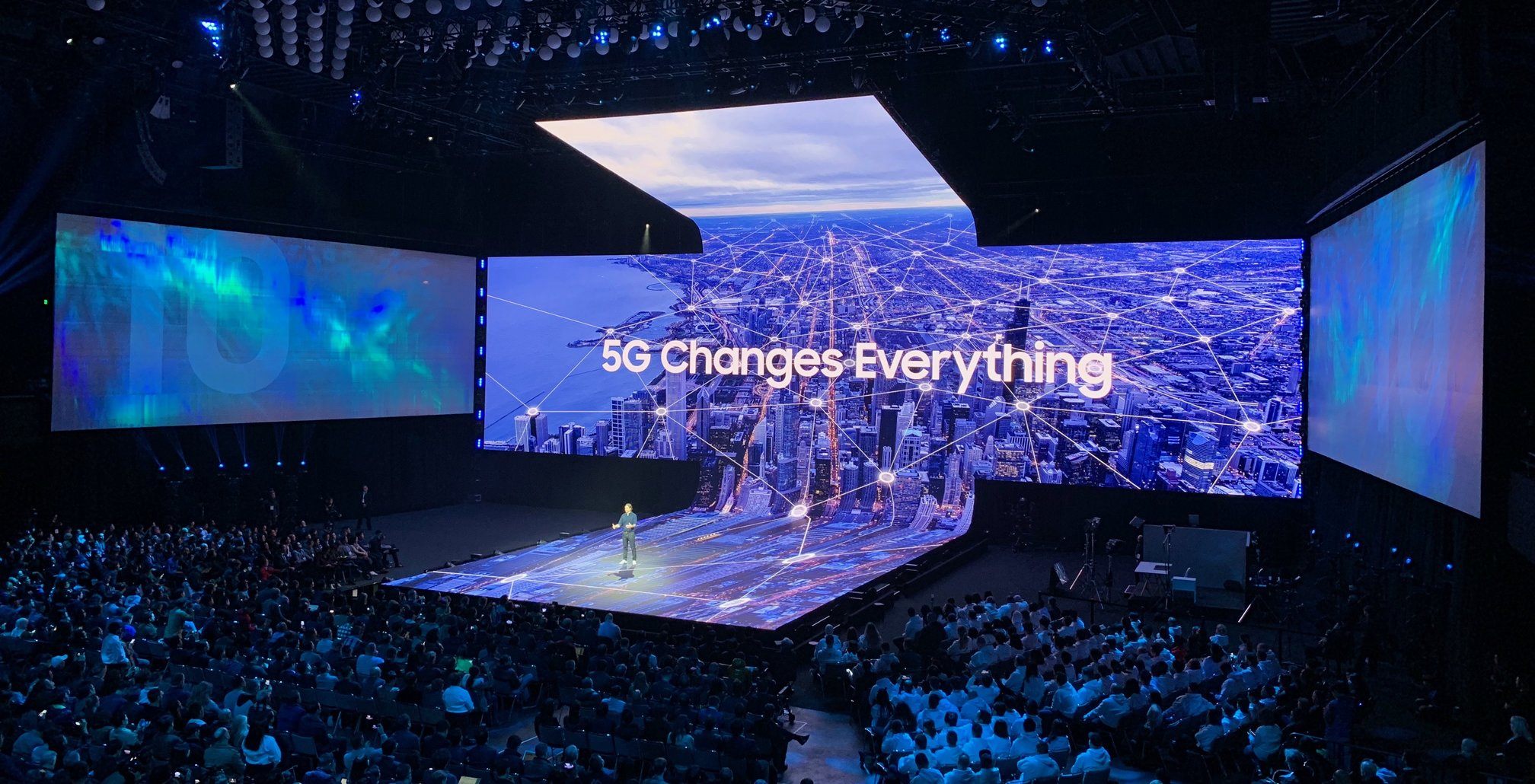 The allure of 5G (5th-Generation Wireless Systems) goes beyond just speed, but speed is one of its major draws.

In the early 2000s it was all about 3G, a way for faster communication and connectivity through wireless transmission. We got to connect our freshly minted mobile phones with Wi-Fi. It was a pretty big deal.

Did anyone notice that big of a change from 3G to 4G? That change came with even faster capabilities to help appease consumer demand. As we saw more devices being connected on the regular, the need for a stronger connection speed increased and 4G served us well. 4G and mobile app adoration went hand in hand. Case in point: Uber. Imagine having to actually call Uber to order a ride. The struggle would have been too much to bear.

Enter 5G, the new kid on the block that everyone is eying but not really letting in… yet.

5G is said to have the potential to be up to 20 Gb/s faster than 4G, so downloading will be wildly quicker, streaming’s load response time will be far livelier and people’s demands will be be served with greater reliability. The push to 5G builds on 4G, using higher radio frequencies that transmit data quicker and with more precision.

Ericsson and Nokia are among the telecommunication companies that are currently competing, each offering their own devices equipped for a 5G network and system capabilities. Cisco is another company spending money in the space. Back in 2018, Cisco Canada granted the University of Waterloo a $1 million investment to span over five years and support research into 5G technology.

Canada currently does not have the operating system developed in order to handle this move to 5G, and Chinese telecommunications giant Huawei is among the suppliers looking to hook up Canada’s 5G networks. Huawei, however, is under a close watch after being hit with charges involving fraud and trade secrets conspiracy.

Huawei equipment and devices are in jeopardy of being banned in countries like the United States. Canada has yet to disclose its decision on the matter, but has been looking into the dealings. Huawei has pleaded not guilty to the charges the US is claiming against it. Huawei’s CFO Meng Wanzhou was recently arrested in Vancouver and faces extradition by the US. In March, Canada announced that Wanzhou’s extradition hearing could proceed. Then, just days later, China sued Canada over the arrest of Wanzhou.

The Huawei situation is something to be aware of regardless of the outcome. 5G and its expansion needs to be met with caution and fostered through clear measures when it comes to our data and privacy. But, some experts are still quite enthusiastic about 5G and how the future will be even further linked by technology.

“5G is an enabler for a larger technology transformation,” Marin Ivezic, cybersecurity and privacy lead at PwC in Toronto, tells Daily Hive. “We easily adopt new technologies when they make our lives easier. We have a precedent — the internet — and now with 5G we can extend it to everything that we could potentially ‘smartify’ and connect.”

Ivezic, a leading expert in cybersecurity and privacy practice, says that 5G’s impact will be as revolutionary to society as electricity was in the past. “5G is about mobile phones only to an extent that we need mobile phone subscriptions to fund the initial implementations,” he says.

Emerging technologies like blockchain have garnered more support over the years, but Ivezic thinks 5G will serve a greater purpose (and take us further) than anything coming out with blockchain.

“Blockchain technology is revolutionary but its socioeconomic benefits are linked to its potential for disintermediation. What blockchain advocates failed to realize is that it’s not a technological problem. It would require changing long-established social contracts and there are whole industries that would end up losers in that revolution,” argues Ivezic.

Using 4G technology, data transmitted from one device to another can take up to 50 milliseconds, while under 5G such data transmission could take place as quickly as a single millisecond, according to the Communications Research Centre Canada (CRC). 5G networks will roll out around the world (you can track the rollouts here) but keep in mind that Canada doesn’t have its hand in the race, yet.

“Canada is, at the moment, behind, and I don’t see any signs that we are trying to catch up. That’s concerning,” says Ivezic. “We risk being left behind in the next industrial revolution. Considering the size of our market and our telecommunication companies, I don’t see a map that could get us there on time without the government’s involvement. We have to make it a national priority.”

5G was much of the talk during one of the biggest events in mobile technology, MWC Barcelona. The three-day event hosted multiple discussions and demonstrations to entice the 5G crowd, and companies banked on having something to offer to potential buyers.

A key selling factor around 5G is its low latency (how much data can be received in a period of time, typically each second). Faster speed and lower latency is a win-win for 5G enthusiasts and the expansion of IoT (Internet of Things).

A new report from Opensignal, a leader in wireless coverage mapping, evaluated 77 counties and looked at how 5G will solve congestion problems seen on 4G networks. According to report findings, 5G is often touted because of its speed, but “more significantly 5G will provide a solid foundation of capacity that will iron out the wild fluctuations we see in 4G speeds today.”

Depending on the country, the speed that users download information at can vary by the hour, and Canada is among the most consistent of countries with a healthy download rate. Others include Greece, the Netherlands, South Korea and Norway.

Despite being among the most consistent of countries, Canada was not among the fastest countries in the world when it came to average speed.

The report reiterates that 5G will increase productivity with a higher bandwidth, high-frequency spectrum bands and allow more users to operate simultaneously and at faster speeds.

This new revolution will be the first that’s more heavily reliant on technologies than seen in previous transitions. Both enterprises and consumers are expected to benefit in a new world engulfed in connectivity, but as Jane Rygaard noted at MWC19: “[With] 5G, and technology in general, we need to make sure it is sustainable, smart and provides the right data ethics.”

And while we just begin to think about this new frontier, 6G research should be on the brain too.

“If you want to be a big player in your industry in the 2030s, you should start looking at 6G research quite soon,” said Antti Aumo, executive director of Invest in Finland.

So, does 5G matter? It definitely should, but if Canada wants to even be a contender in the space, it’s time to enter the game.

To read the full OpenSignal report on 5G head here.