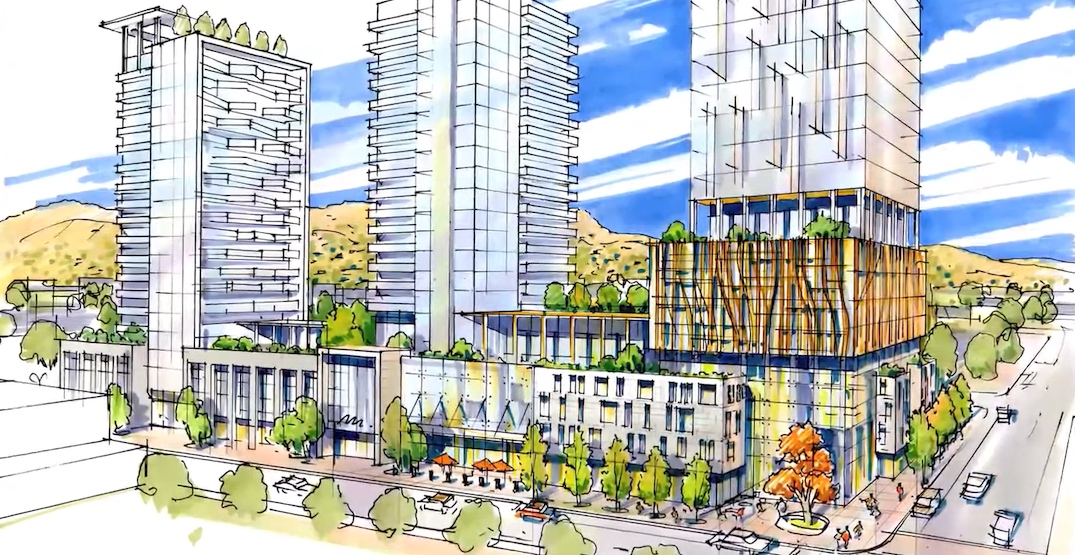 The University of British Columbia has set in motion its plans to open a new major satellite campus within a planned high-density, mixed-use development in downtown Kelowna.

This has been established as a partnership between UBC, the City of Kelowna, and local developer Mission Group, adding to the university’s major UBC Okanagan (UBCO) campus and its various off-campus locations at a local hospital and other community buildings.

The redevelopment is set for 550 Doyle Avenue at the Daily Courier location — the northeast corner of the intersection of Doyle Avenue and St. Paul Street, just west of the civic facility cluster and near the lakefront. 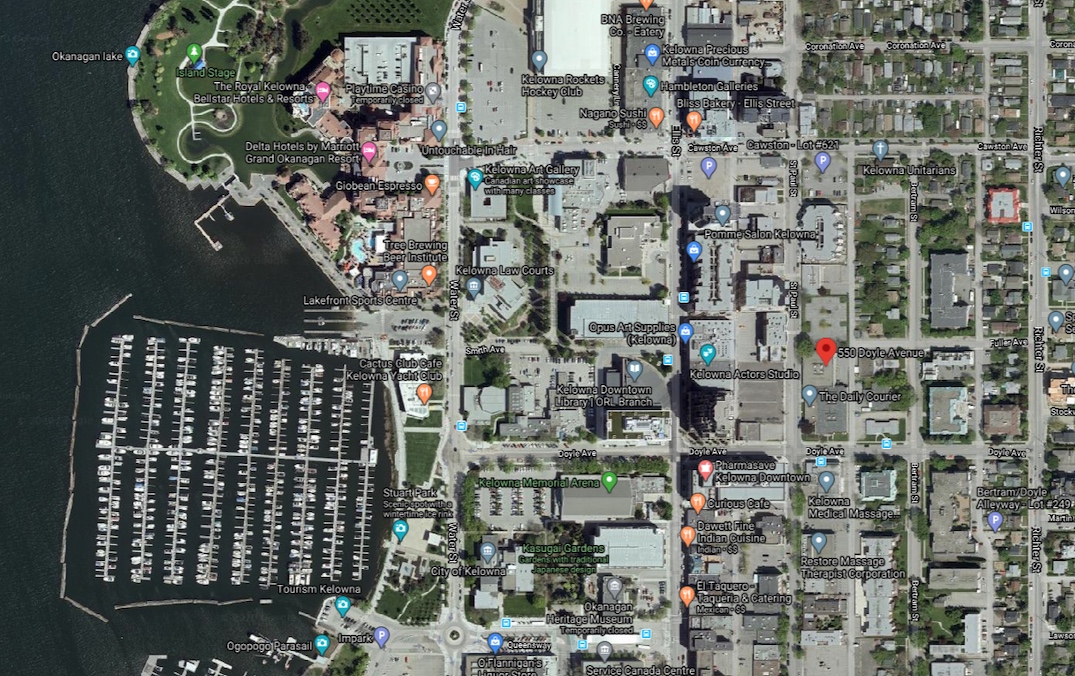 According to a release, the campus location will have between 80,000 and 100,000 sq ft of academic space. The UBC Robson Square campus in downtown Vancouver is similarly sized, with about 80,000 sq ft of space.

The project is still in the very early stages, but early depictions show the campus located within the podium levels at the intersection’s prominent corner, featuring a public plaza and grand entry that establishes a strong sense of place. 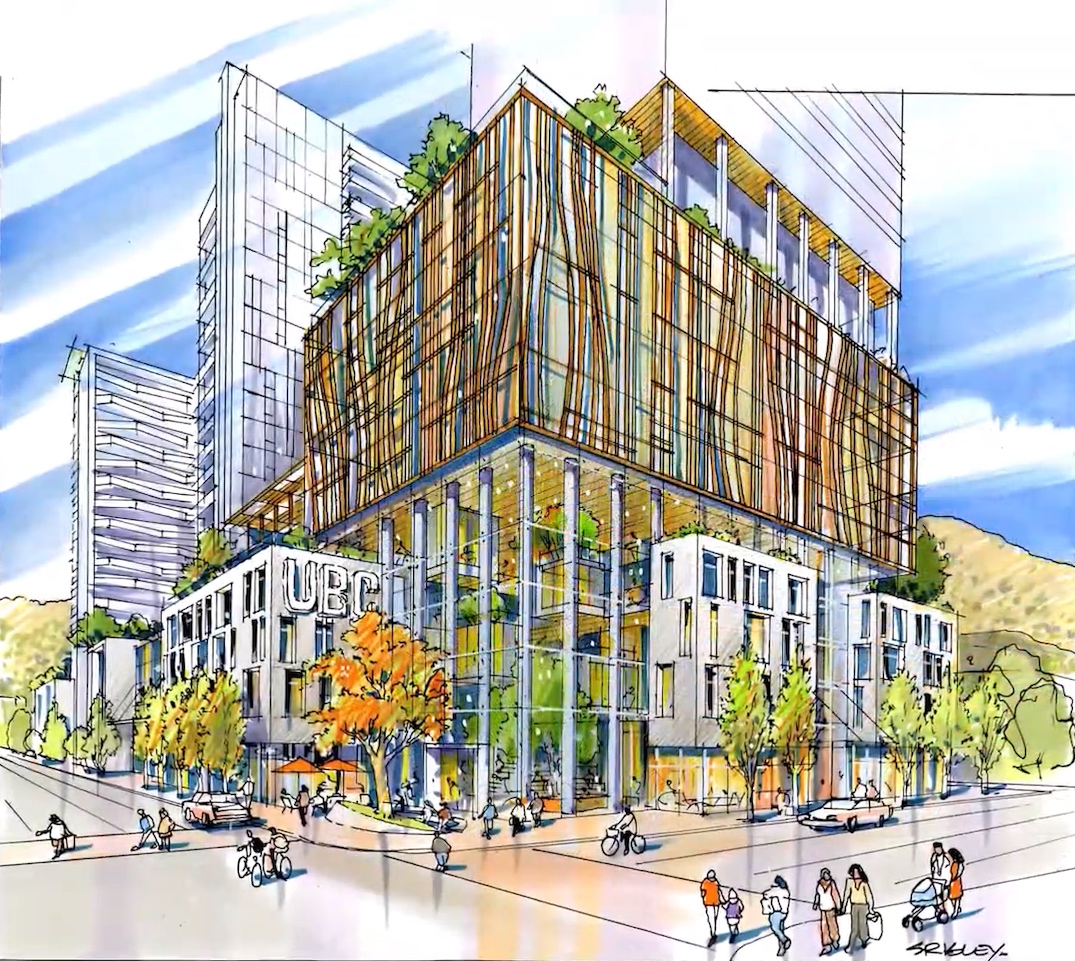 The development site spans an area of 1.6 acres — about half of the long city block. Other major components in the redevelopment include office space and residential uses, such as university rental housing. Up to three towers are envisioned.

Formal rezoning and architectural planning will begin over the coming months. 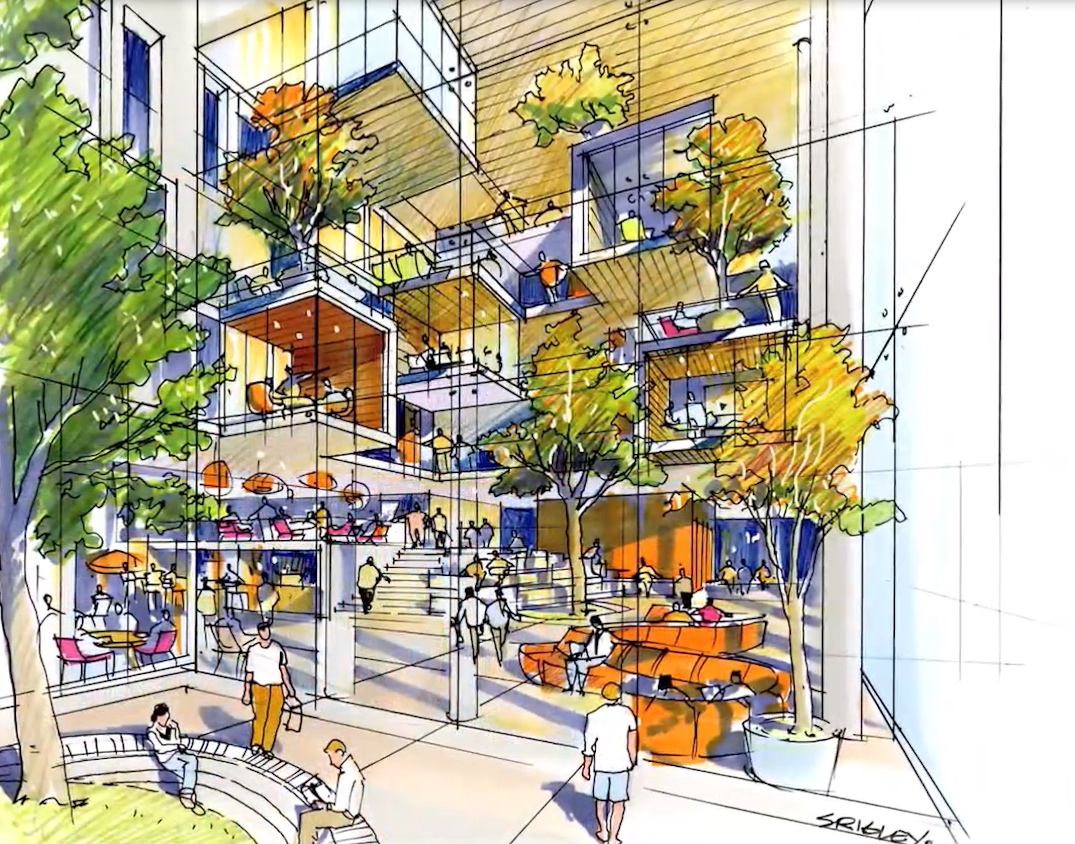 “This project demonstrates UBC’s commitment to the future of the Okanagan and the Interior region of BC while creating new opportunities and ways for students and community partners to access all that UBC has to offer,” said UBC President and Vice Chancellor Santa Ono in a statement.

“As BC transitions to a phased reopening of the economy over the coming weeks and months, UBC is pleased to be able to play a role in the recovery.” 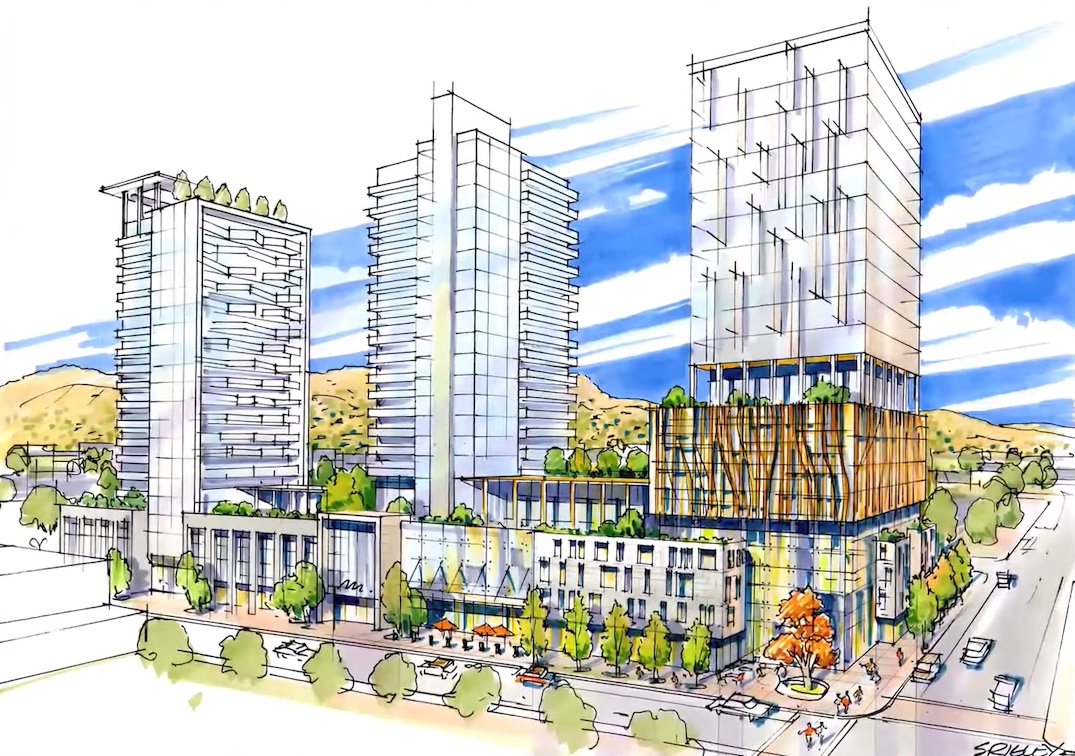 Under the partnership, the municipal government will purchase 166 acres of agricultural lands — located west of the UBCO campus — owned by the university, but this is subject to the provincial government’s final approval. The deal is worth $7.4 million, which will come from the city’s landfill reserve and land acquisition funds.

The city’s ownership of these lands will create an “enhanced buffer zone” around the landfill, while also providing UBC with an opportunity to establish a strong presence in downtown Kelowna.

The new campus within the major redevelopment aligns with the city’s long-term plans to transform its downtown into a dense, vibrant hub. A number of sizeable tower redevelopments are proposed or planned for the city centre.

“UBC and the City have worked together on many projects over the years and this was a golden opportunity for us to proactively advocate for the university’s presence downtown,” said Kelowna Mayor Colin Basran.

“It drives innovation, attracts and grows the talent pool and helps diversify the economy. At the same time, vibrant, liveable cities help post-secondary institutions attract top researchers, students and staff which are vitally important to their growth and reputation.” 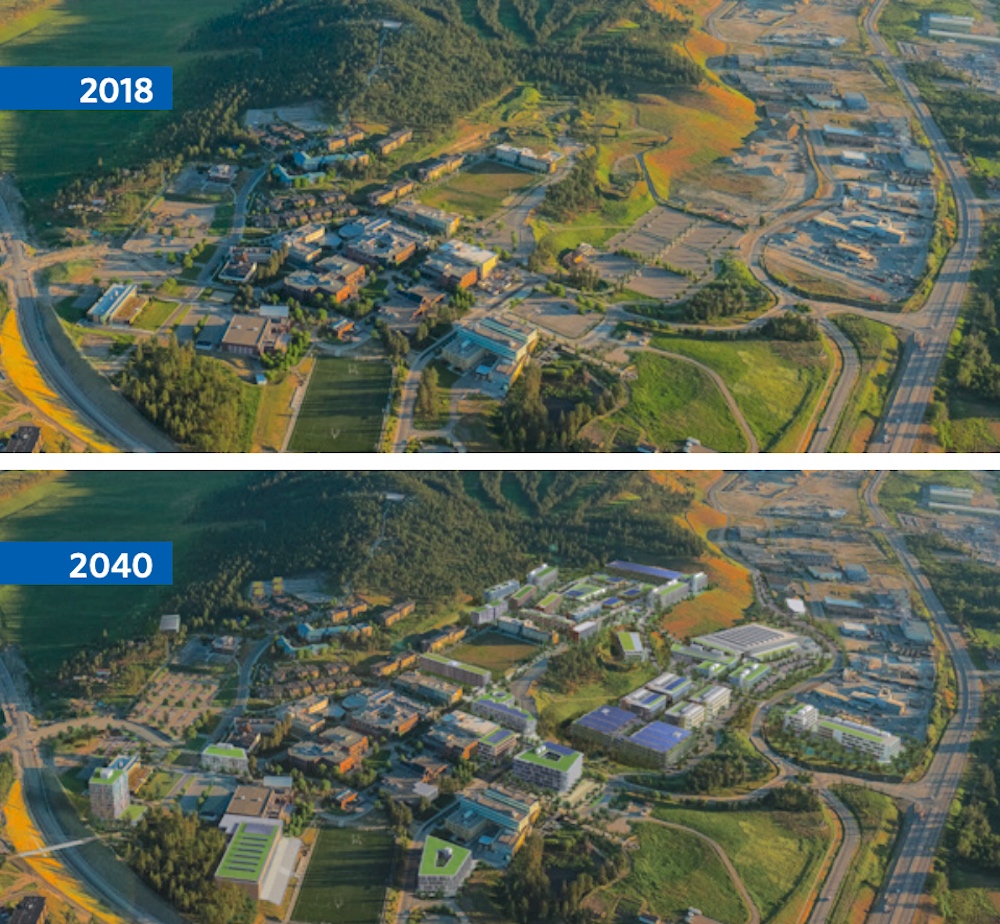 Aerial of the existing UBCO campus (top) and an artistic rendering of the future campus expansion by 2040 (bottom). (UBC)

When UBCO opened in 2005 using the former campus of Okanagan University College, it had just 3,500 students. It has since grown to over 11,000 students.