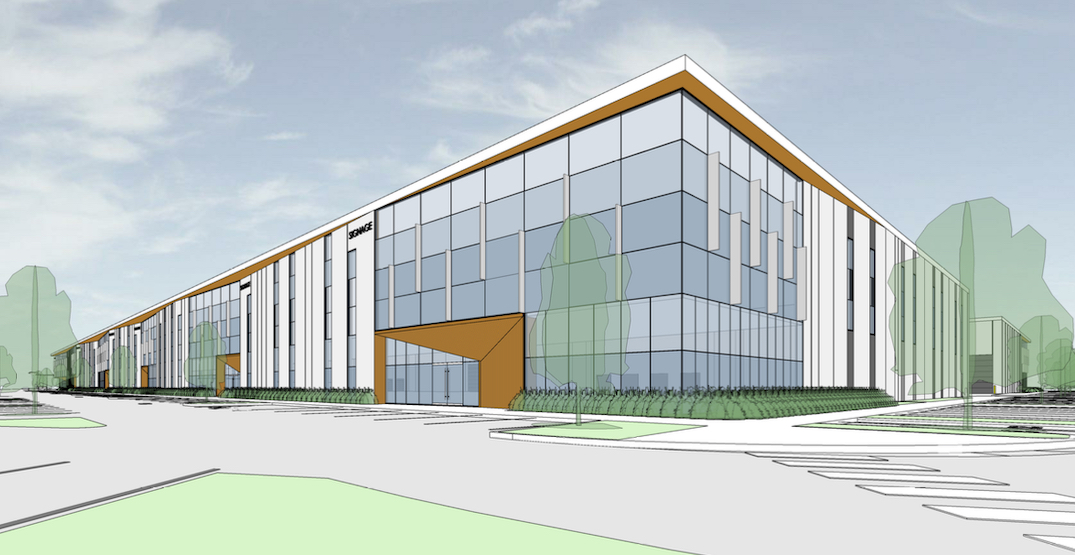 Beedie Development Group has eyed 5255 North Fraser Way — a 14.9-acre property at the northwest corner of the intersection of North Fraser Way and Glenlyon Parkway — into a two-building complex. 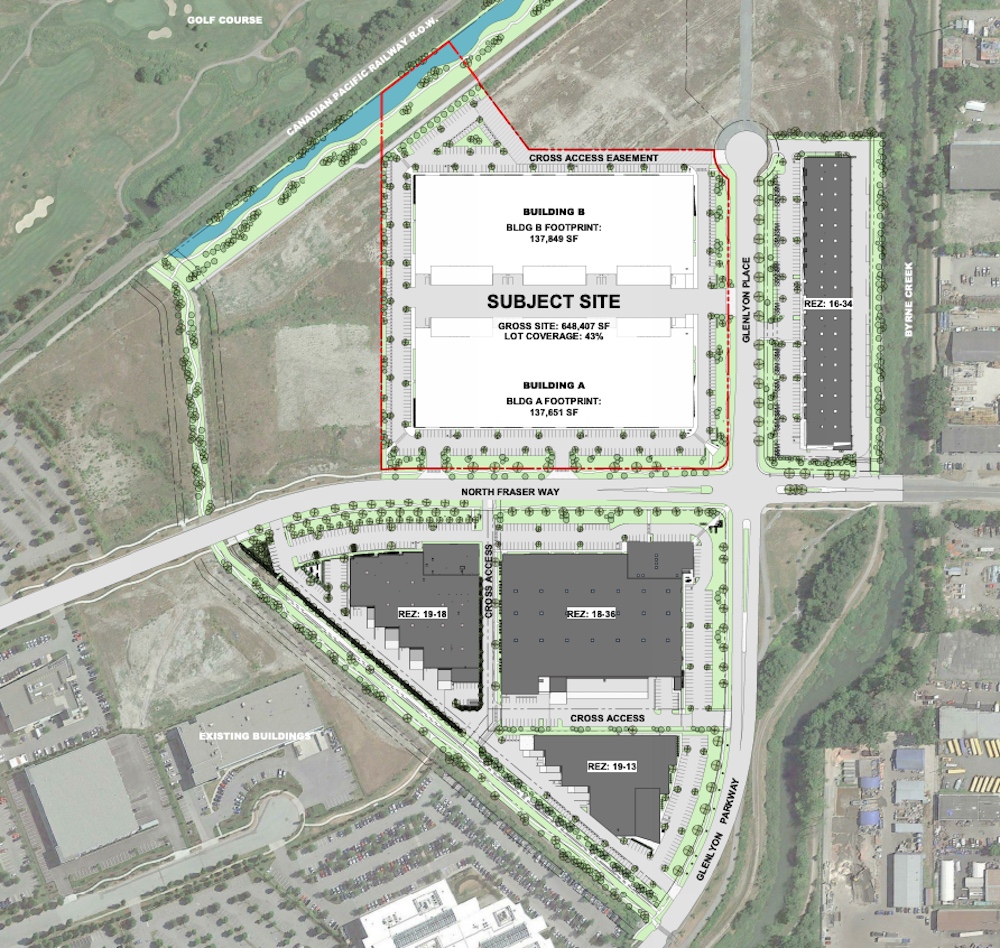 The gap between the north and south buildings creates a spine for the loading docks of freight trucks.

A total of 438 vehicle parking stalls will be provided, including 233 manufacturing warehouse stalls and 204 office stalls.

An amenity restaurant and cafe incorporated into the southeast corner of the south building, closest to the intersection, will serve building tenants and the area’s growing industrial-oriented businesses.

According to a city staff report, the redevelopment aligns with the municipality’s Glenlyon Concept Plan and Big Bend Development Plan, which established high quality and unique architecture to attract cleaner and lighter industrial users to the business park.

Other major tenants in this business park include the Canadian headquarters of Best Buy, Bollard Power Systems, LMI Technologies, PNP Pharmaceuticals, Houle Electric, and the headquarters of the Hospital Employees’ Union.

This has forced businesses to seek industrial space in suburban communities, where there is more availability and less road congestion hindering goods movement.

BC’s strong film and television production industry has also been one of the leading absorbers of large warehouses, converting these spaces into production and sound studios.