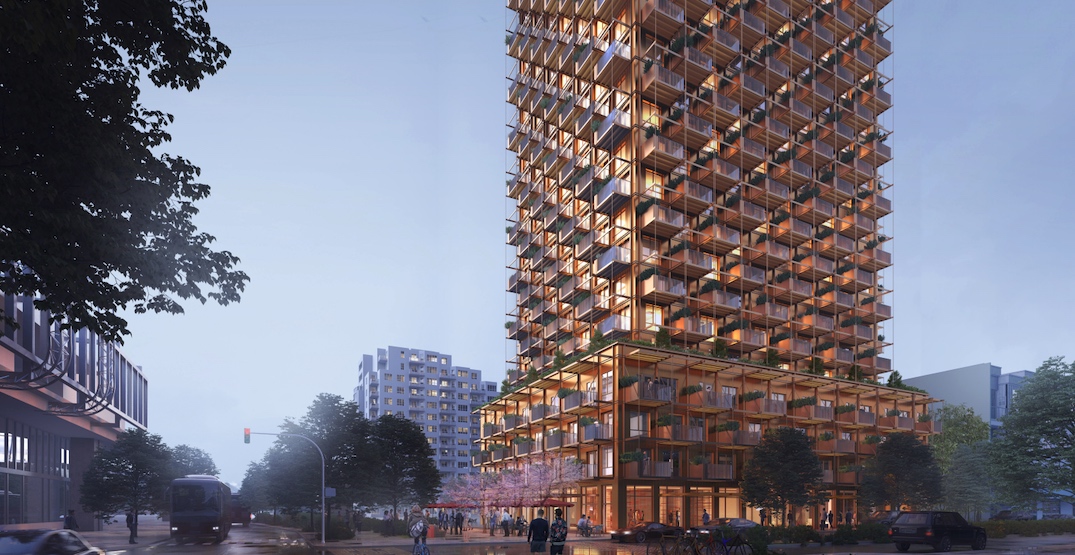 During a public hearing in early October, Vancouver City Council will deliberate on Westbank’s rezoning application to build a residential tower at 5055 Joyce Street — the redevelopment of the YMCA building immediately north of SkyTrain’s Joyce-Collingwood Station, at the northwest corner of the intersection of Joyce Street and Vanness Avenue.

There have been major revisions to the proposal, designed by the Vancouver office of Perkins & Will, since it was first proposed in Fall 2018.

Instead of 298 condominium homes, the tower will contain 100% rental homes, entailing 360 secured rental homes and a single floor of below-market rental housing at 20% below the average Canada Mortgage and Housing Corporation rents for the neighbourhood. The unit mix as a rental tower is 15 studio units, 217 one-bedrom units, 93 two-bedroom units, and 35 three-bedroom units.

The podium is now 20 ft narrower, after the northernmost portion of the building footprint was shaved to create a new east-west laneway. The blank wall of the adjacent existing building to the north will be improved as a green wall. 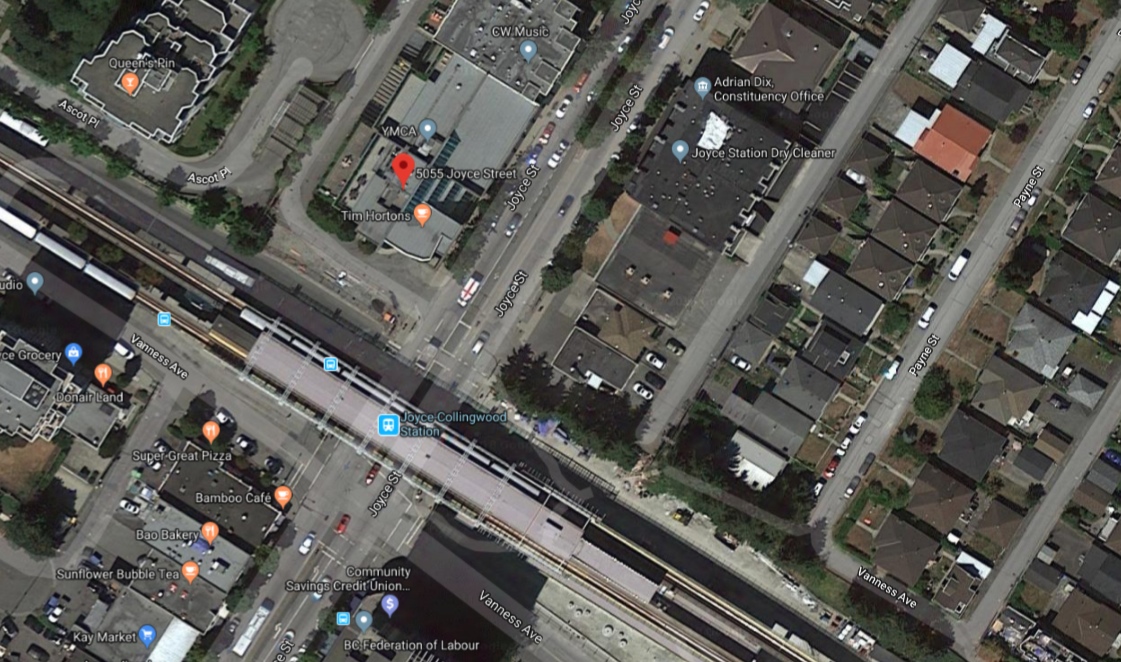 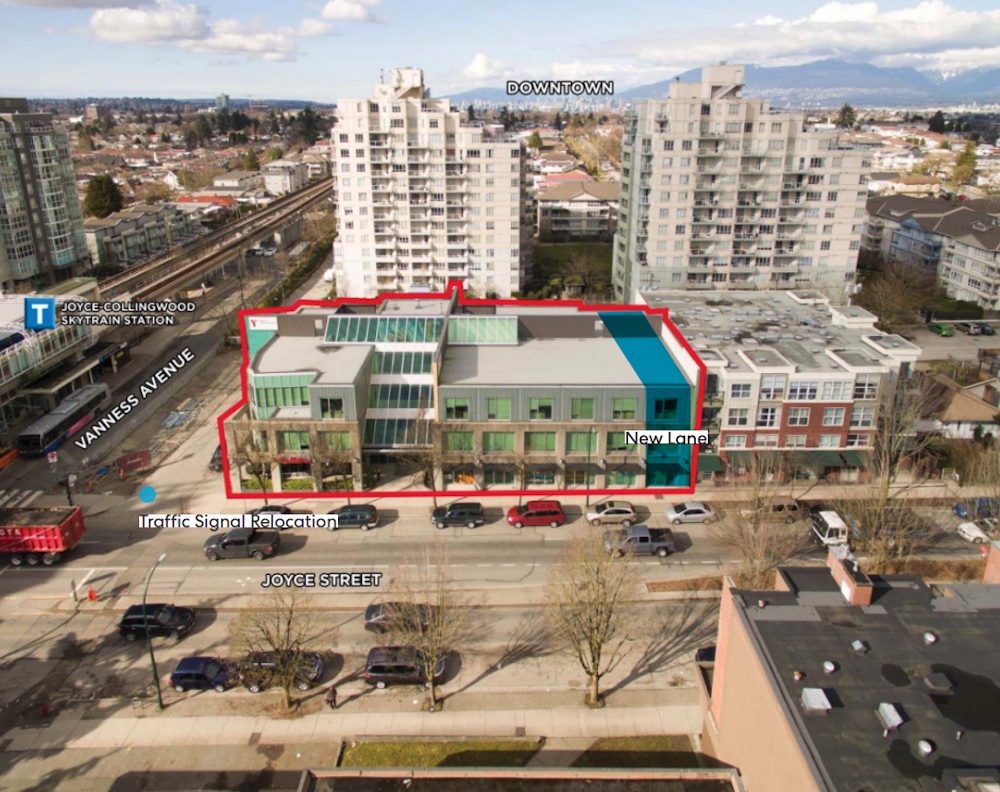 Four additional floors have been squeezed into the building, increasing from 32 floors in the original proposal to 36 floors in the reconfiguration for rentals. This is accomplished by lowering the ceiling heights of every floor, and a minor overall tower height increase from 305 ft to 315.3 ft.

The loss of ground-level retail floor area from the narrowed building width has been partially offset by a significantly smaller residential lobby. Instead of 5,080 sq. ft. of retail, there is now 4,523 sq. ft. of retail, but the length of storefront has increased by 34%. 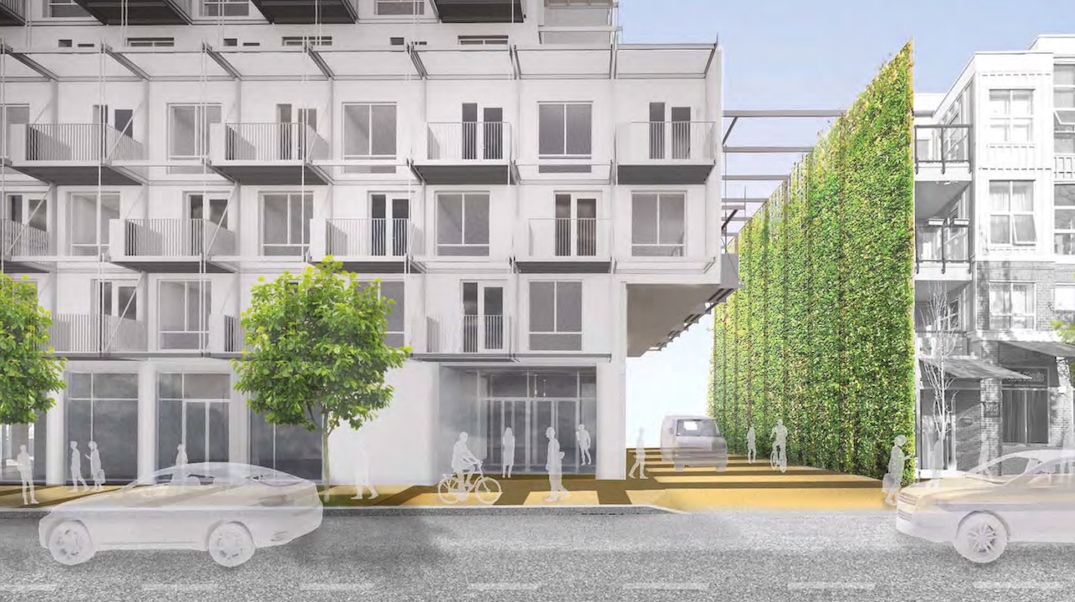 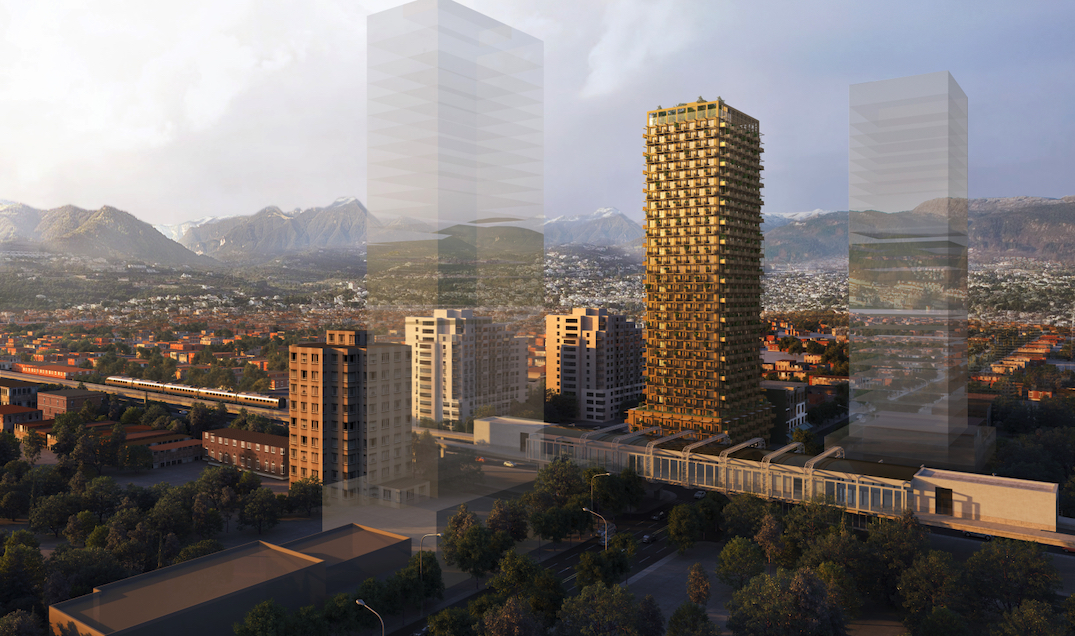 A new landscaped public plaza has been designed for the south side of the tower, which will offer patio opportunities to the businesses. The traffic signal currently under the SkyTrain guideway will be relocated north to enhance the accessibility of both the plaza and BC Parkway. 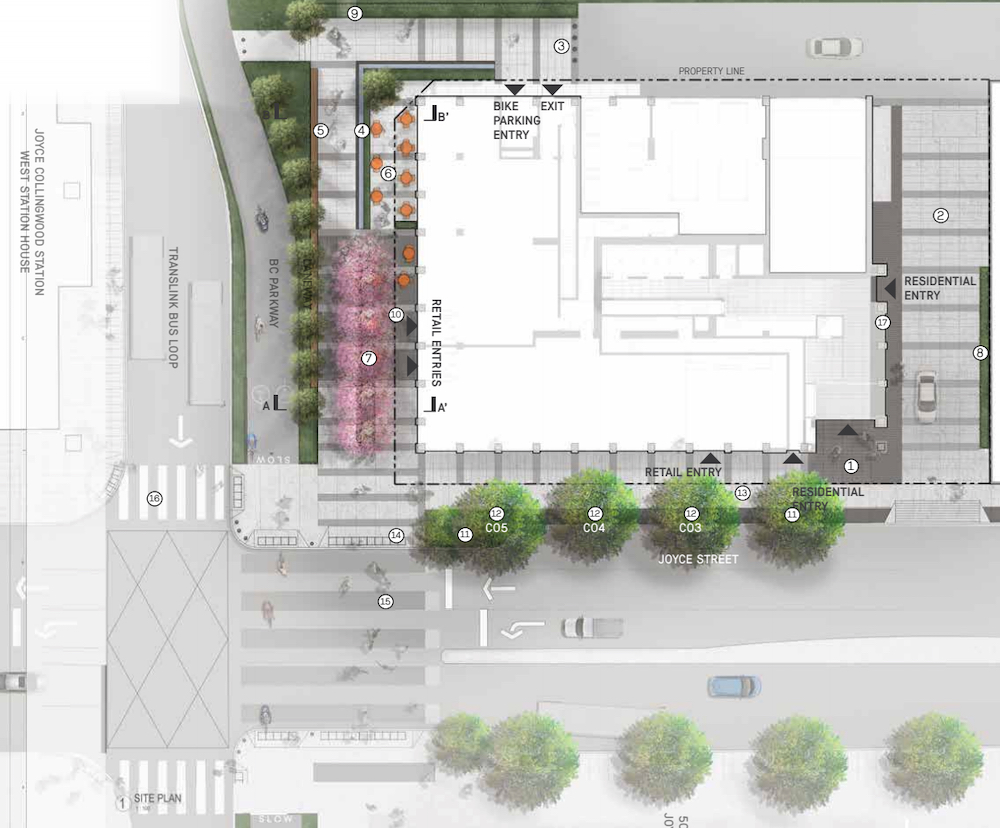 This 16,000-sq-ft lot is one of the tallest building sites under the city’s Joyce-Collingwood Station Precinct Plan. Westbank acquired the 1992-built, three-storey property from YMCA in 2017 in a deal worth $55 million.

If approved, it will be the developer’s second project in the area after its under-construction Joyce tower across the street at 5050 Joyce Street — a 29-storey tower with 256 condominiums. It is scheduled for completion in early 2021 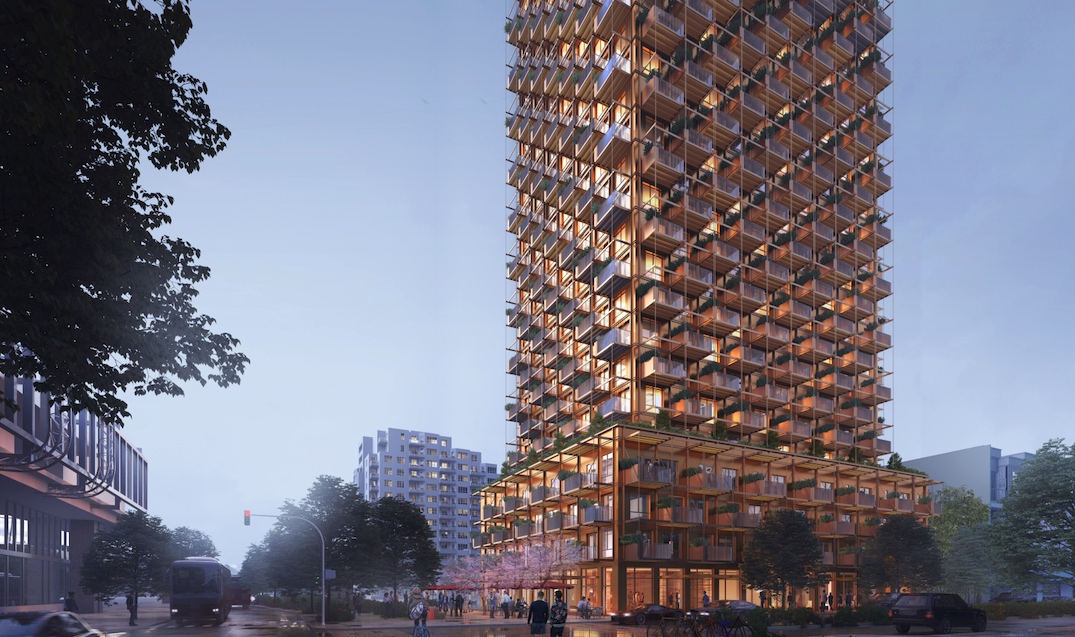