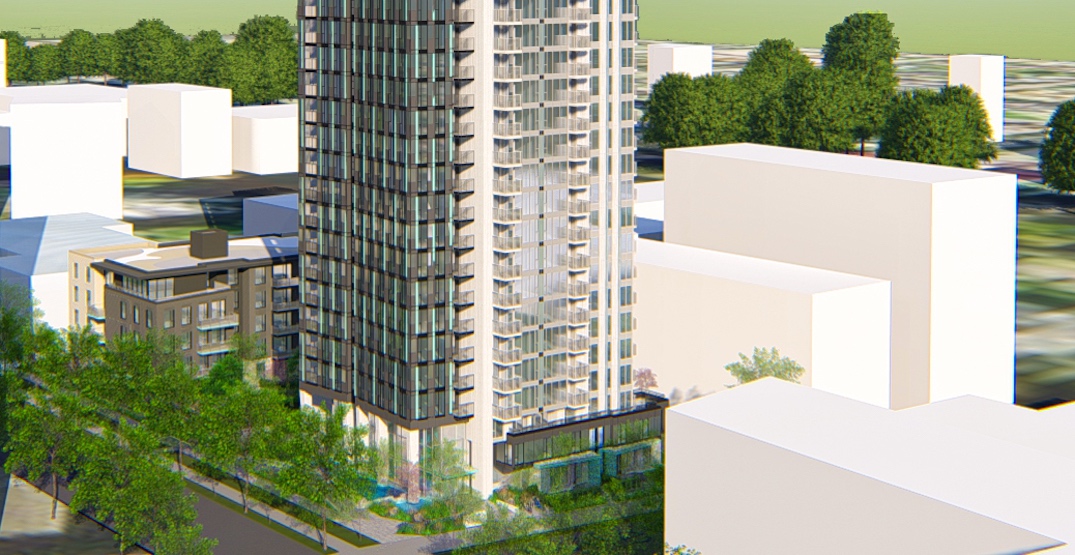 Qualex Landmark in partnership with YWCA has submitted a rezoning and development application to the City of Burnaby to build a 316-ft-tall, 31-storey condominium tower and a five-storey non-market rental housing building in the Metrotown downtown district.

The proposal for 4275 Grange Street — currently occupied by a 1976-built, three-storey building — calls for 247 condominiums, and 32 non-market rental homes with only two- and three-bedroom units, suitable for YWCA’s purpose of serving women with children.

These rental homes will be set at 20% of Canada Mortgage and Housing Corporation’s median rents. 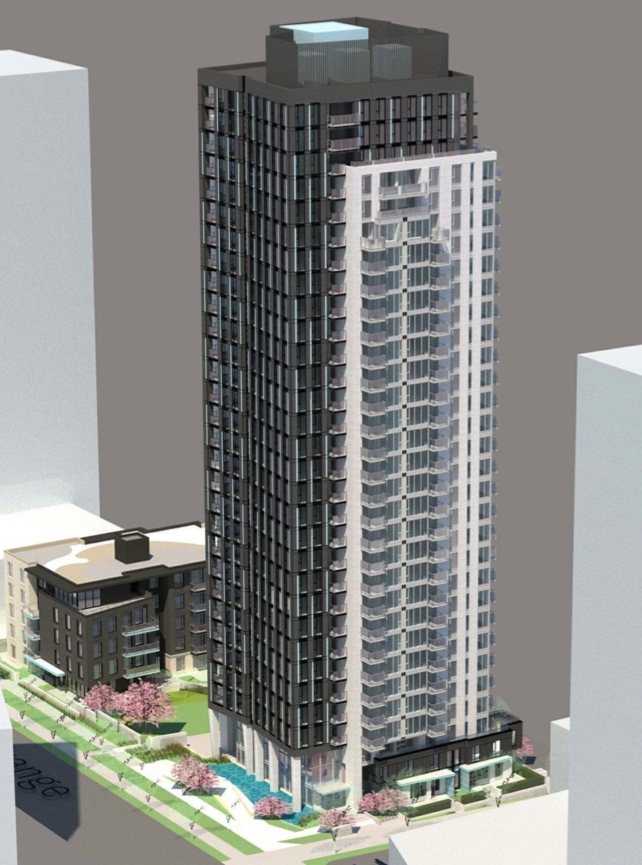 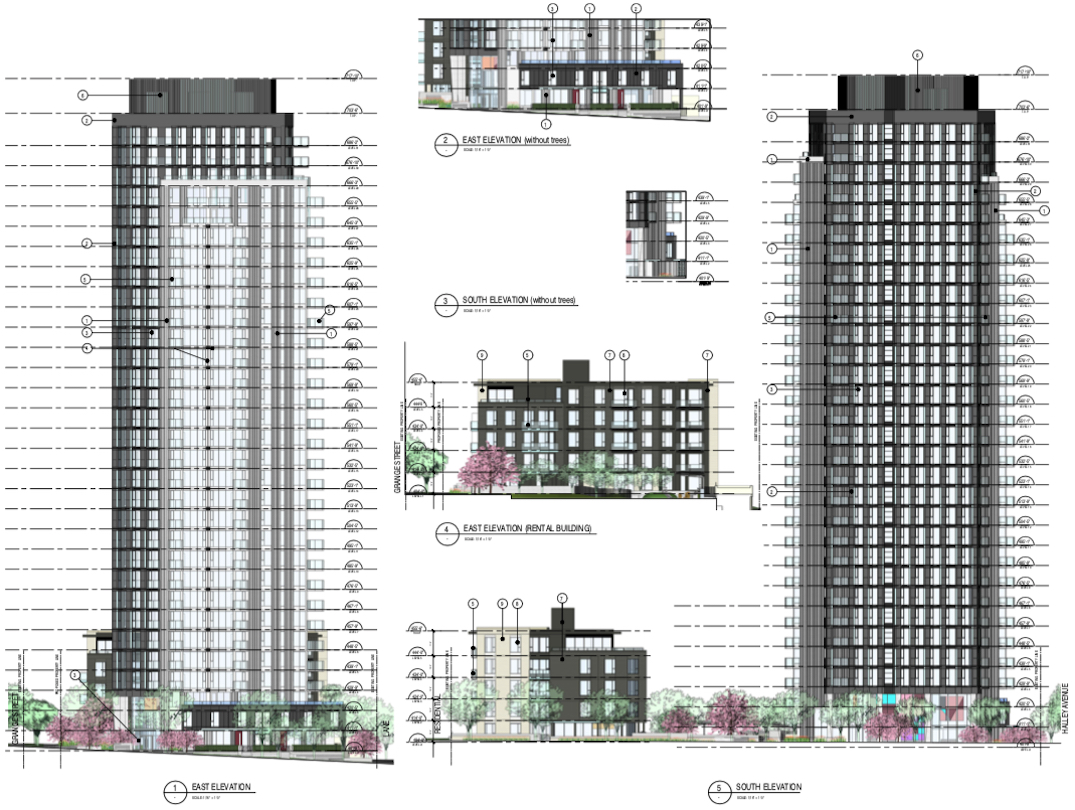 “The scale and intensity of development in the Central Park North neighbourhood is intended to be distinctly lower than that of the Metro Downtown neighbourhood, with densities reducing from Kingsway north to Bond Street, adjacent the prevailing single and two-family neighbourhood,” reads a city staff report.

“With respect to building form, the subject site is designated for a high-rise residential apartment building with low-rise apartments, townhousing or row- housing podiums.” 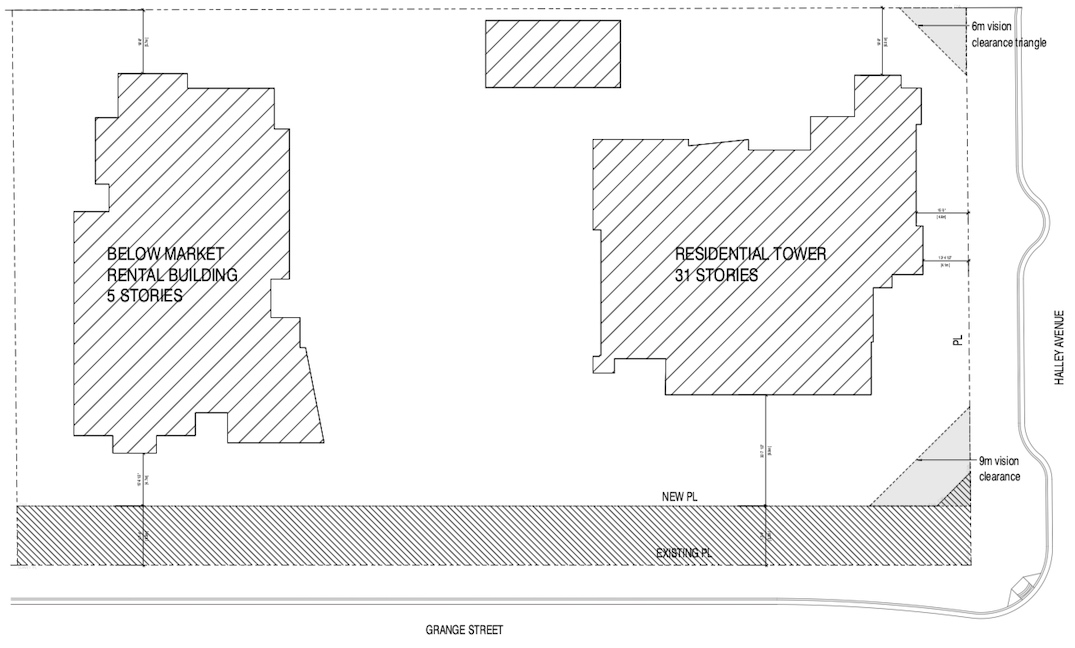 The site is near major bus routes and a seven-minute walk from SkyTrain’s Patterson Station. A two-zone monthly transit pass will be provided to 15% of condominium residents and 100% of the rental units for two years. 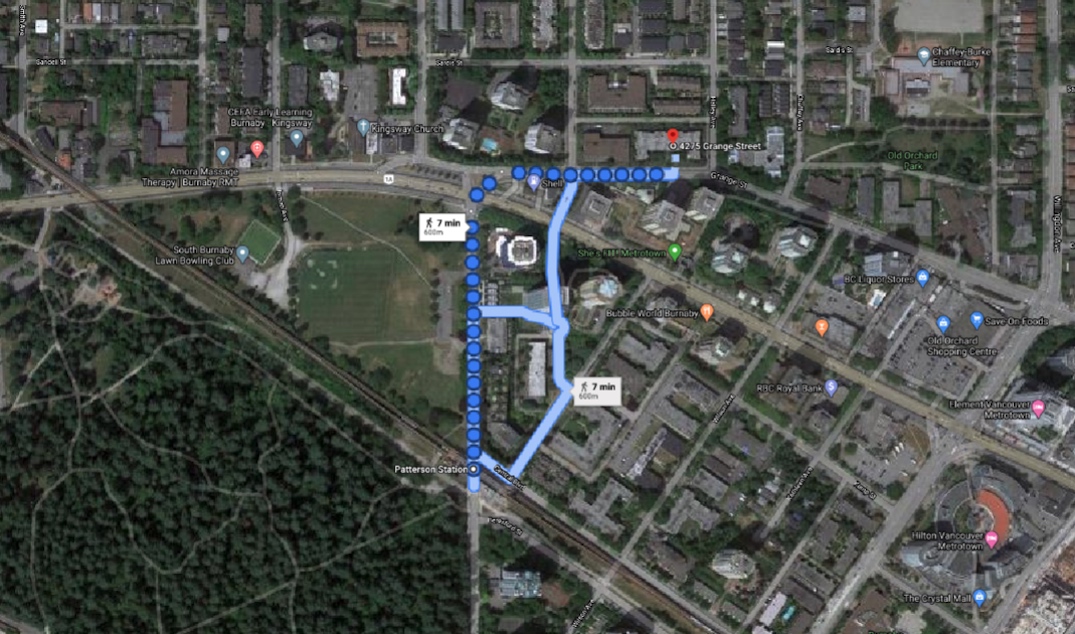 The proposed total floor area is 203,000 sq. ft., giving the project a floor area ratio (FAR) density of 4.5 times the size of the 45,700-sq-ft lot. This includes a density bonus of 1.1 FAR for the town centre location, and 0.85 FAR density offset for the required inclusionary rental housing.