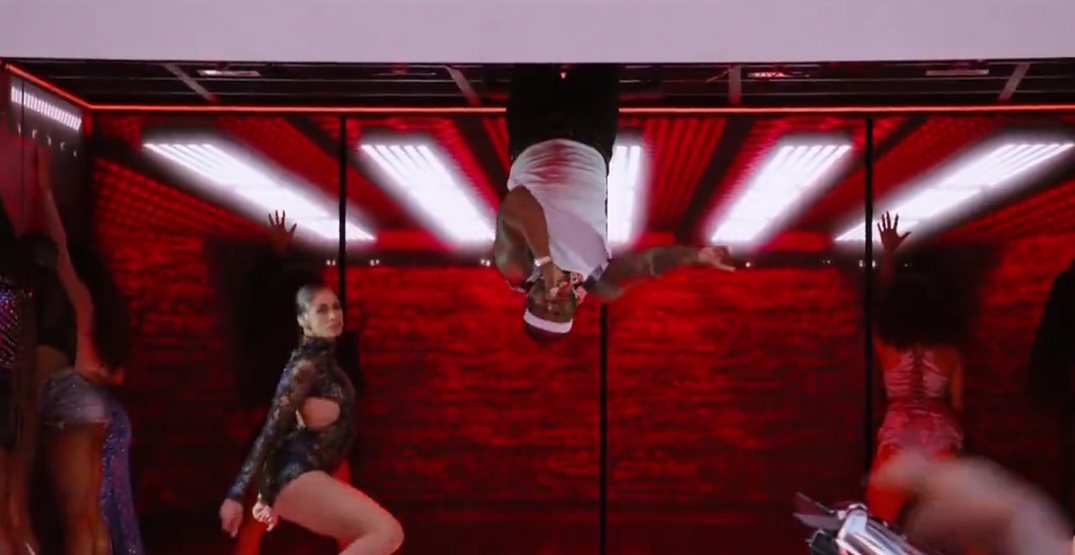 The Super Bowl halftime show has come and gone this year, but the memes are forever.

At the ripe age of 34, Kendrick Lamar was the young star in the halftime show nostalgia trip mix that featured performances from 1990s and 2000s stars Dr. Dre, Snoop Dogg, Mary J. Blige, and Eminem.

In a game already taking place with a Los Angeles team in the Rams playing at home against the Cincinnati Bengals, star power was aplenty in the crowd.

But an unexpected 50 Cent cameo as he performed “In Da Club” shook the internet as the biggest surprise of this year’s Super Bowl halftime show.

Emulating his 2003 music video for the Grammy-nominated signature track, 50 Cent came in upside down for the third track of this year’s halftime show.

And you better believe that the internet had its jokes ready for the surprise appearance.

damn, I bet on Tails on the coin toss and for 50 Cent to be right-side up

.@50cent waiting for his turn in the #SuperBowl #HalfTimeShow pic.twitter.com/7UAGwVMs8F

When 50 Cent came on pic.twitter.com/cRk0x4xFKP

50cent when he was upside down waiting for Dr Dre to finish his verse #SuperBowl pic.twitter.com/oXs4VcZTsH

50 cent waiting for his part the whole time #HalfTimeShow pic.twitter.com/cSbGcy9DBJ

But while some were tweeting memes, some celebrities were just enjoying the show.

THAT WAS A BOMB OF RADICAL LOVE THANK YOU #SuperBowl HALFTIME SHOW!! Incredible!! That’s what it’s all about!!

In full, here’s the setlist from the show, the first-ever hip-hop performance in Super Bowl history: