Downtown Vancouver’s newest office building will not be known for its size and height, but it stands out for being a vertical extension of the Old Stock Exchange building and one of the city’s greenest developments. 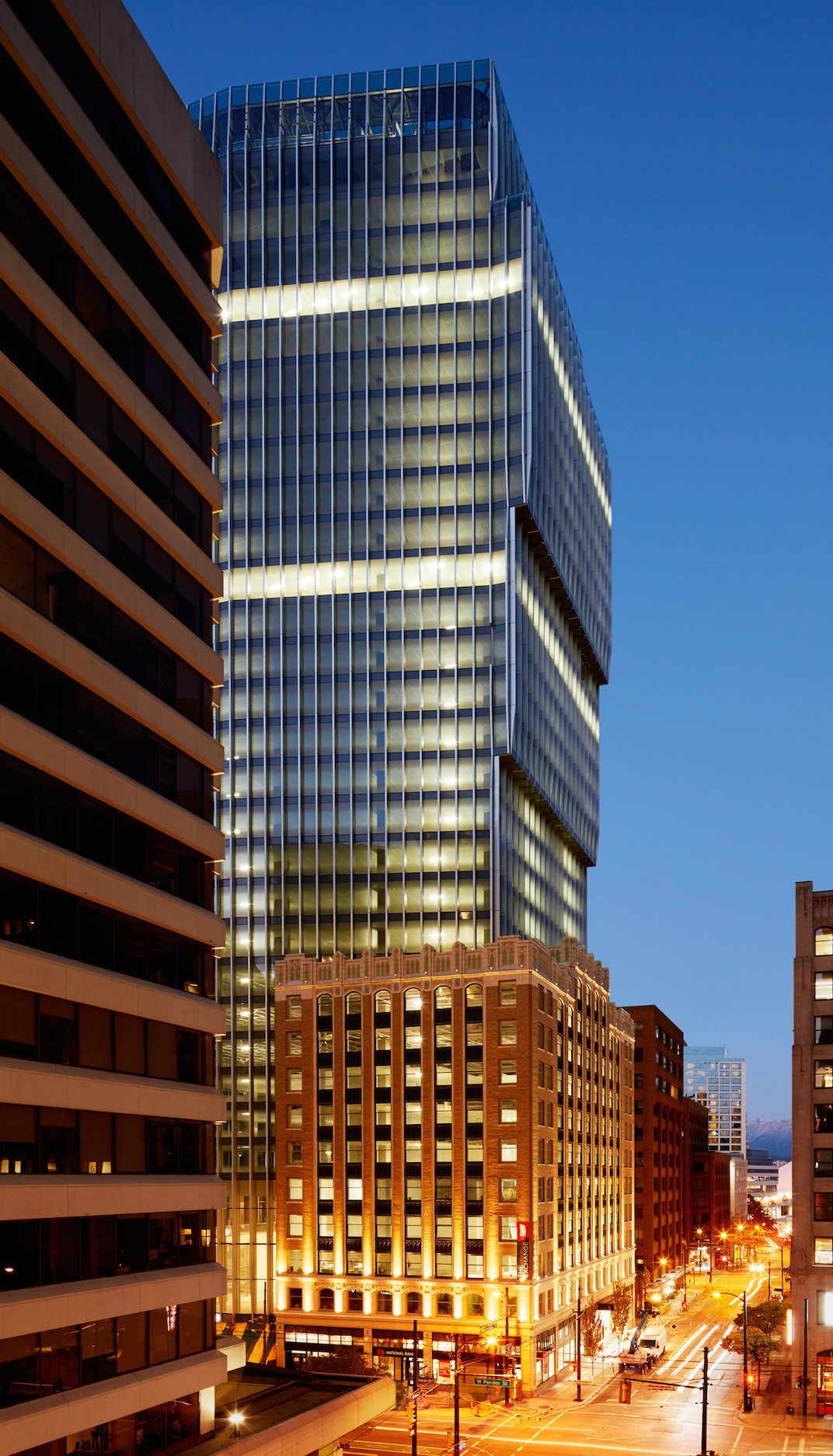 The $240-million project developed and funded by Credit Suisse and designed by world-renowned Swiss architect Harry Gugger, who also contributed to the design of London’s Tate Modern Gallery and Beijing’s Bird’s Nest Stadium, is 382-ft tall with 31 storeys, including 10 levels of the 1929-built heritage structure. 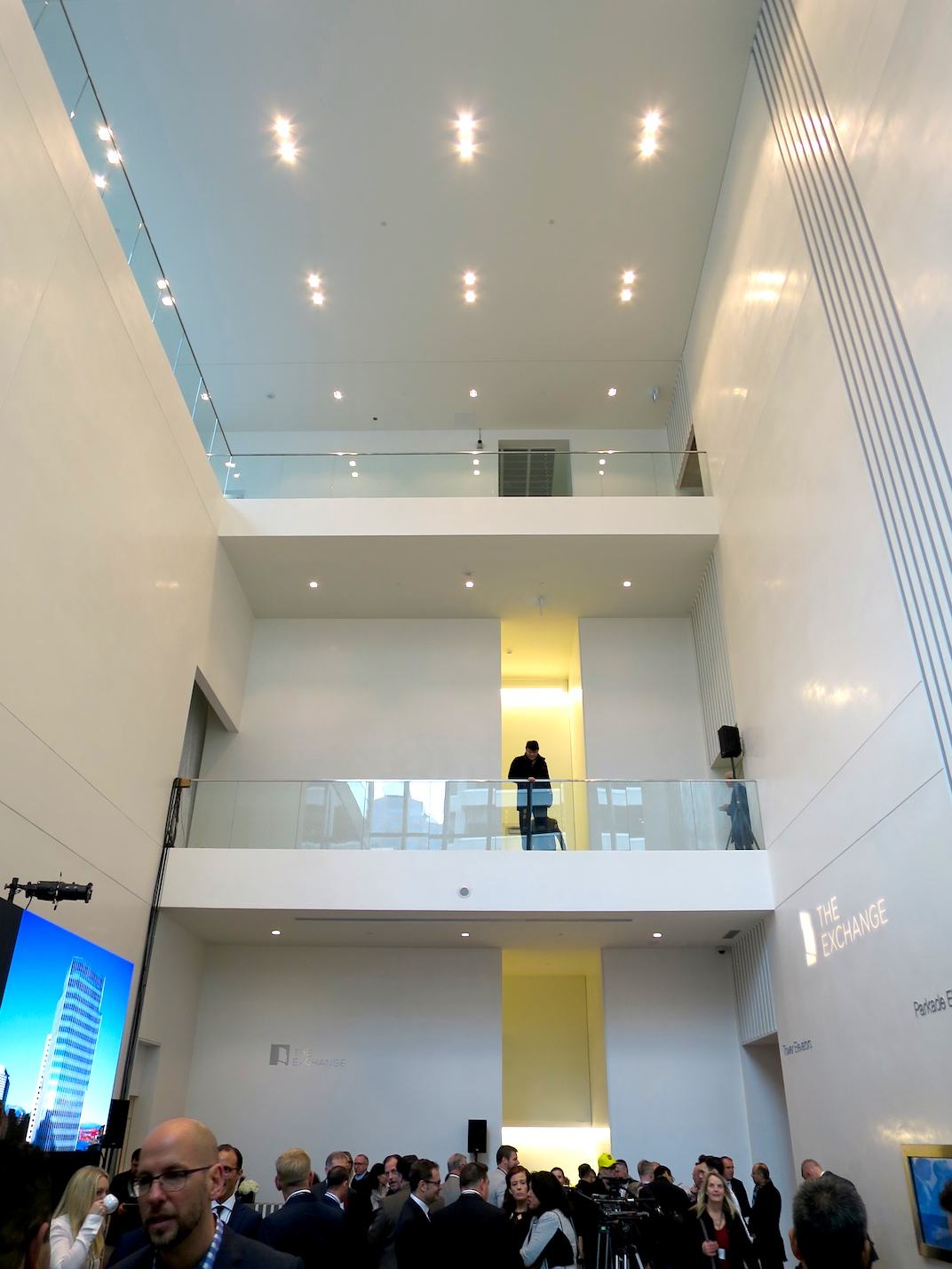 “The new tower arose entirely from the context of the Old Stock Exchange building, which we preserved as the cornerstone of the new structure,” said Gugger.

“The Exchange is a distinctive, iconic pillar of Vancouver’s historic financial district. Viewed from the street, the elegant pinstripes of its façade mullions create a unique identity for the tower at the heart of Vancouver’s downtown.” 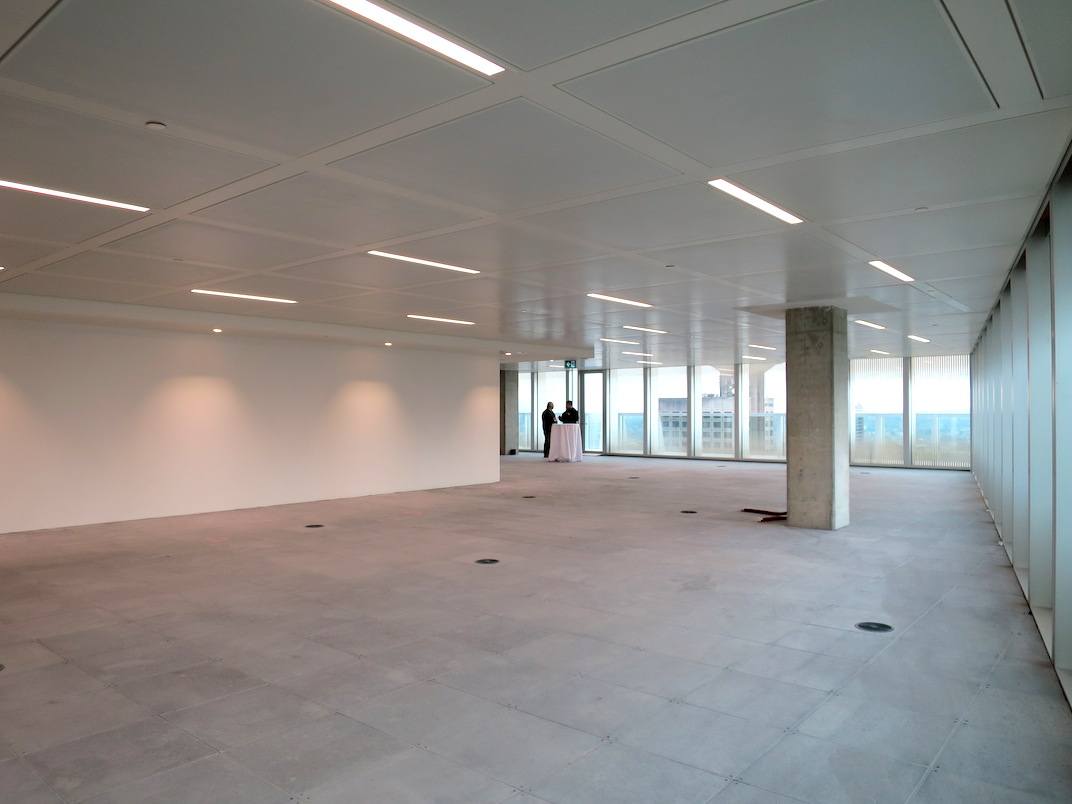 It has an AAA office floor area of 372,000 sq. ft., with about two-thirds leased as of today. This includes National Bank, the anchor tenant occupying 45,000 sq. ft., and an upscale four-star boutique hotel within the heritage structure operated by Executive Hotels. There will be 202 hotel rooms in the building, which is directly adjacent to a proposed 106-room hotel development – also by Executive Hotels – at the Edward Chapman site.

The hotel within the Exchange has yet to open as significant conversion work of the office floors to hotel has not started.

Another 50,500 sq. ft. will be occupied by accounting firm Smythe LLP and fintech company HyperWallet Systems. 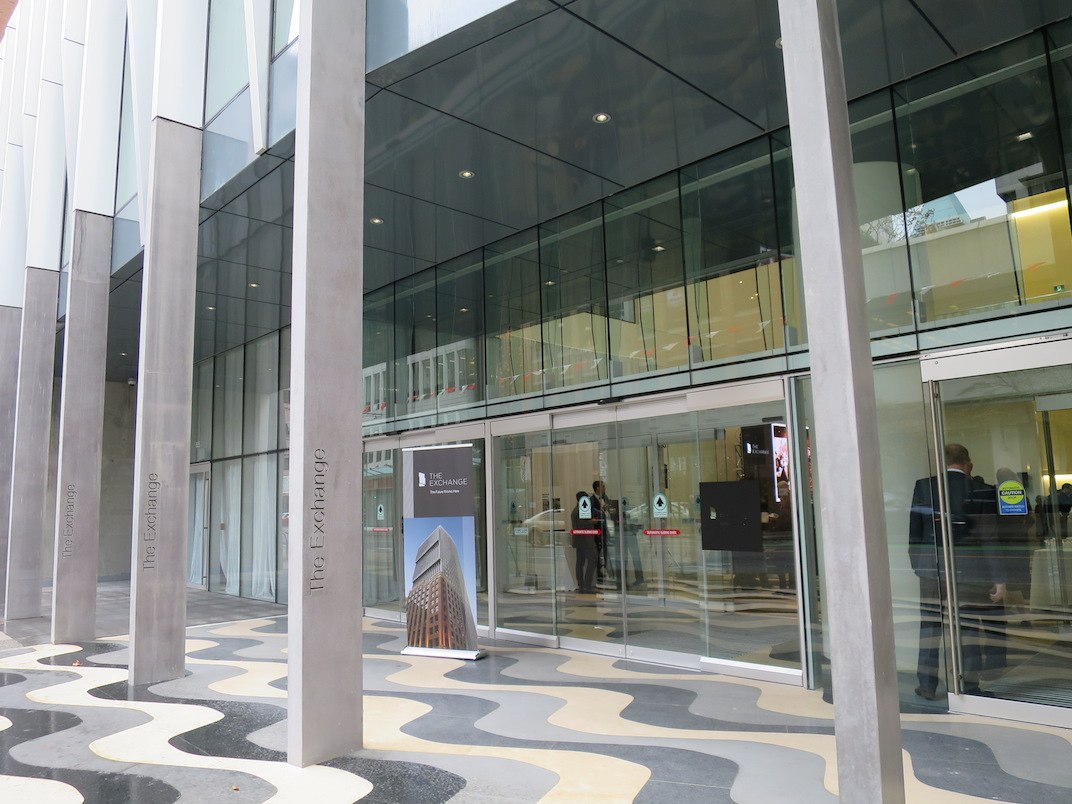 On the ground level next to the heritage building entrance, Swiss chocolatier Lindt has opened an 1,800-sq-ft retail store with a chocolate drink bar.

The building uses half the energy of a traditional office building with its energy-efficient design and systems, including high-efficiency hydronic heating and cooling, storm water retention and re-use, and solar thermal panels.

The Exchange experienced some leasing issues over the last few years, but it is expected the remaining office spaces will be filled relatively quickly given the current demand for office space.

Vancouver will have the second-lowest office vacancy rate in the western hemisphere by 2019, just behind Toronto’s office market, based on a recent report by Cushman & Wakefield. 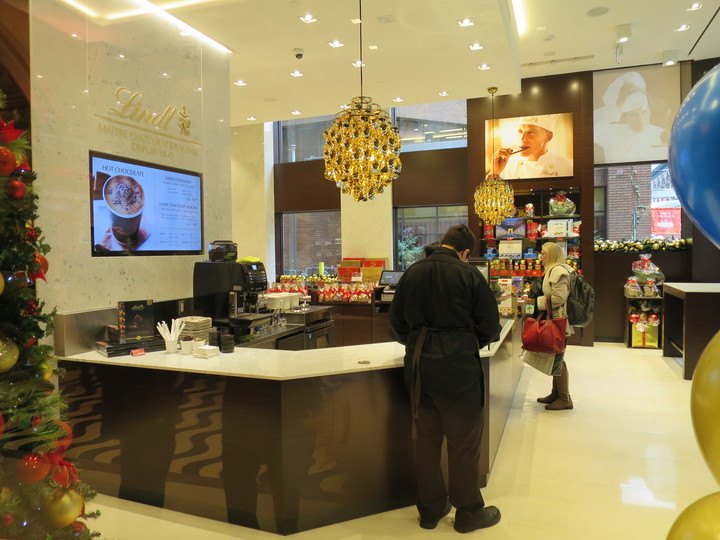 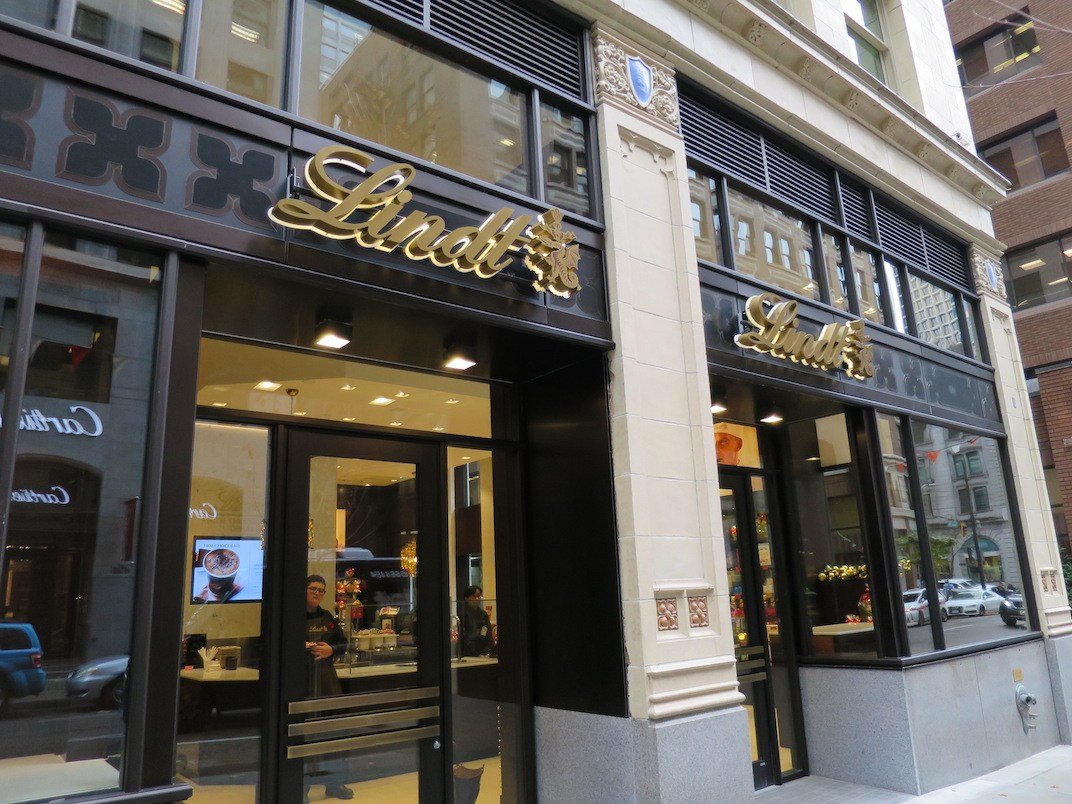 Exterior of the Lindt store at the Exchange. (Kenneth Chan / Daily Hive) 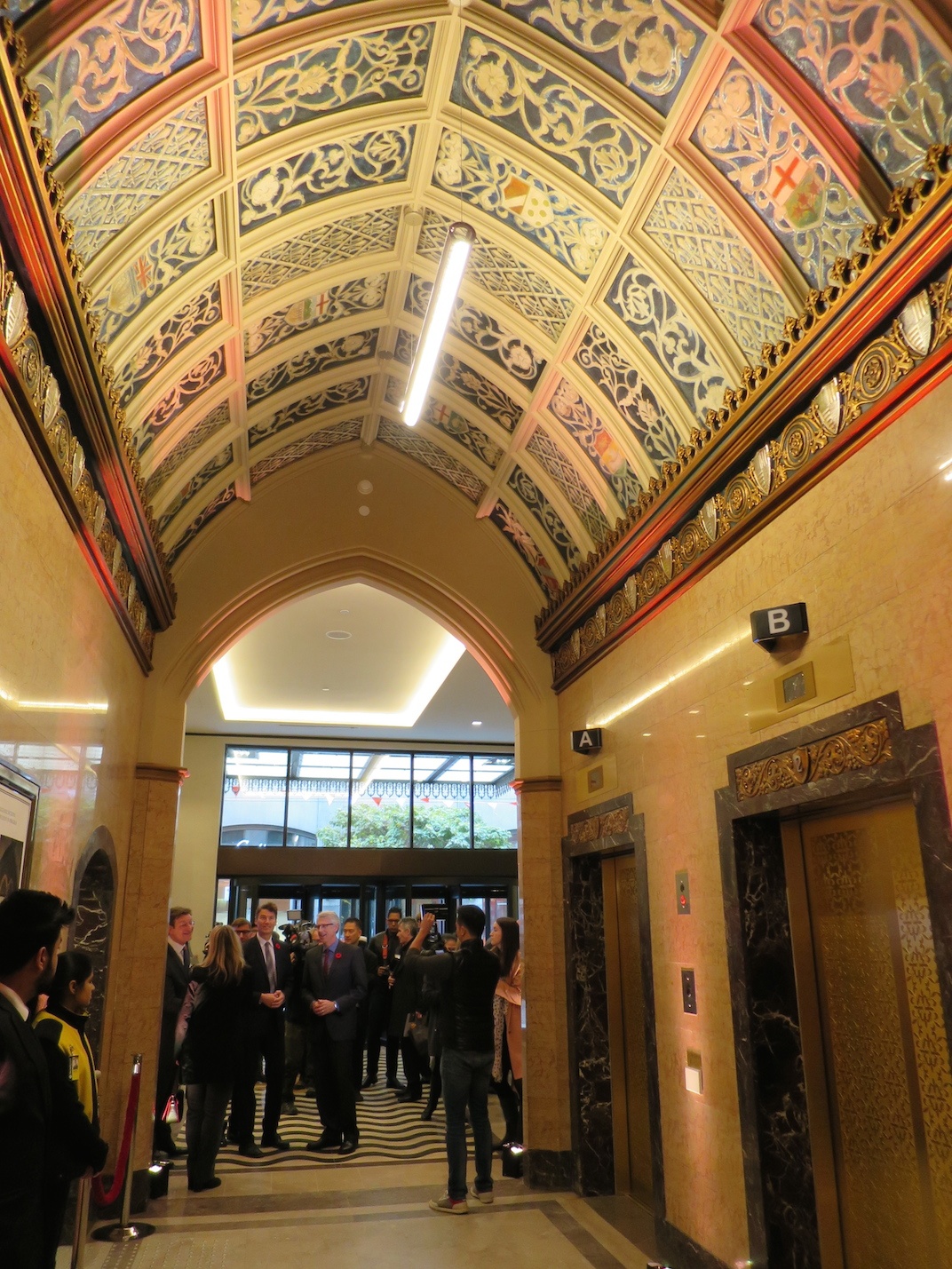 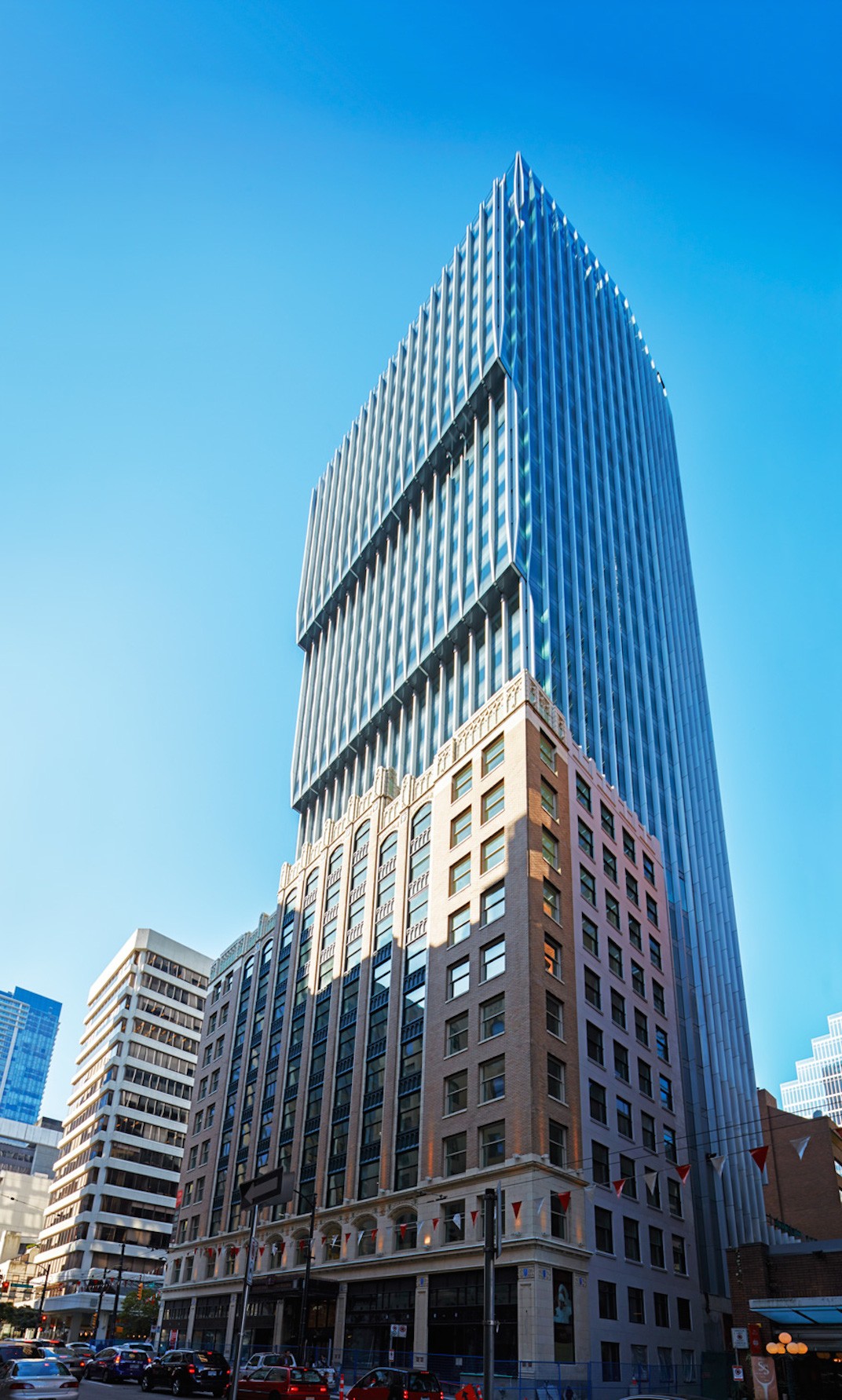 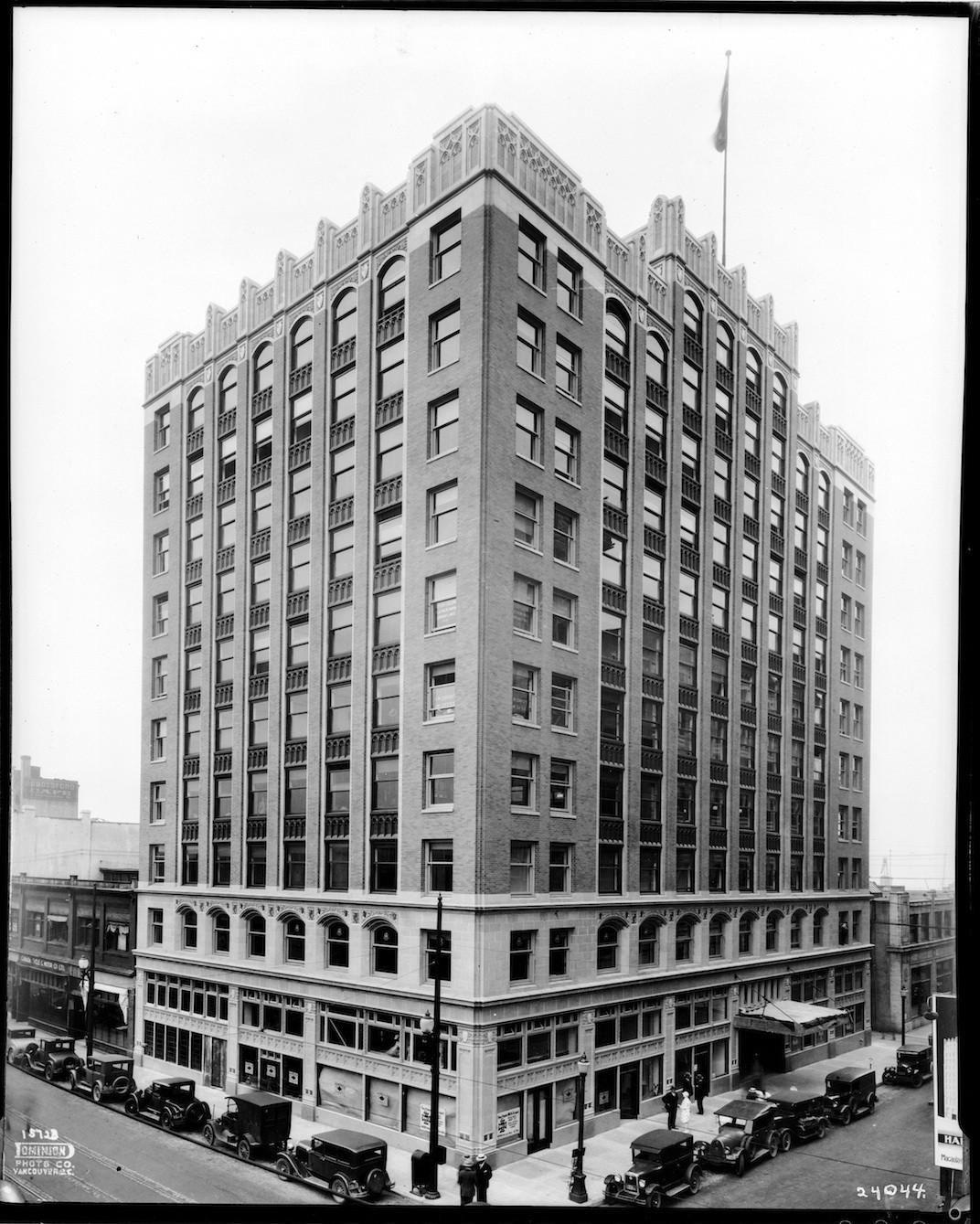 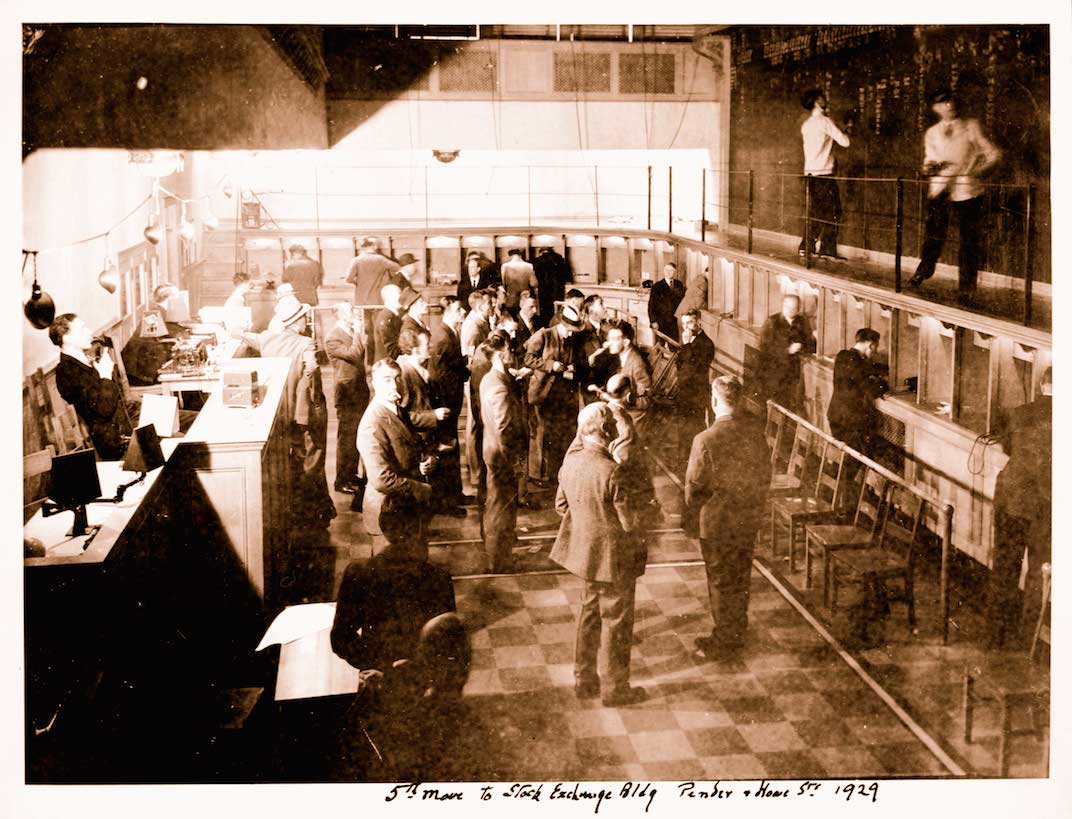