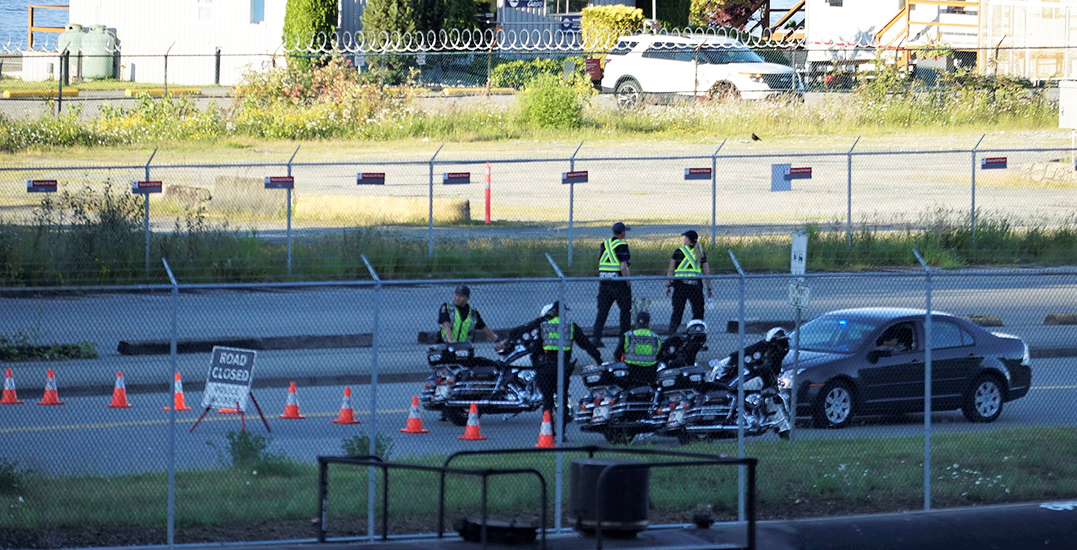 An additional 46 people were arrested on Tuesday afternoon after the Vancouver Police Department (VPD) moved in on a homeless encampment near Crab Park.

Police were acting on a BC Supreme Court injunction that was obtained by the Vancouver Fraser Port Authority (VFPA), which owns the property where the camp is located. Officers first arrived at 6 am on Tuesday, working to help the campers leave.

An estimated total of 60 people left the area but at approximately 4:30 pm, “dozens of people stat on the ground and refused to leave,” according to a police statement.

The VPD says that “multiple requests and then warnings” were made regarding the injunction order, however, 46 people were arrested for failing to comply with the court order.

In recent days, campers reportedly broke into an adjacent property that was locked, secured, and owned by the VFPA. One additional person was arrested earlier on Tuesday for mischief but was released a short time later with no charges.

In his decision to grant the injunction to the VFPA last week, Chief Justice Christopher Hinkson wrote that “the lands in question are not and have not been available for unlicensed public use,” and that Port Authority is entitled to the use of its land.