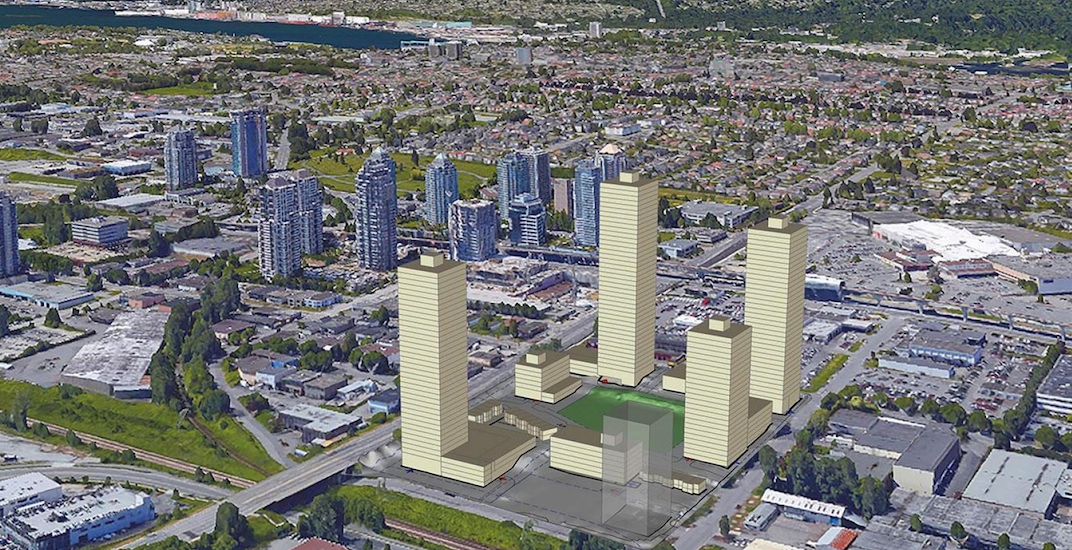 A large industrial site near SkyTrain’s Brentwood Town Centre Station could be redeveloped into a new mixed-use project, adding further density to the rapidly growing town centre district in Burnaby.

The project is still in its early stages, but preliminary concepts show up to five towers on the site, with about 1,400 condominiums, 50 townhouses, and commercial and retail space within lower-storey buildings and podium spaces.

A design and master plan is being created by IBI Group and PWL Landscape Architects.

The developer acquired the property for $152 million in 2017, and it is also behind Surrey’s new tallest residential tower.

While some of the peripheral industrial properties closer to Lougheed Highway have been turned into residential developments over the past decade, the area is still seeing some industrial developments, including a 100,000-sq-ft industrial strata project near the Trans-Canada Highway.

Approximately 12,000 new homes are currently planned for the Brentwood area, with the majority of the units slated for The Amazing Brentwood, which is slated to open its new shopping mall in the spring of 2019.

Other major developments in the area include the 10-tower Concord Brentwood complex and a seven-tower project by Onni Group immediately adjacent to Gilmore Station, which will include Metro Vancouver’s tallest tower, reaching a height of over 700 ft.