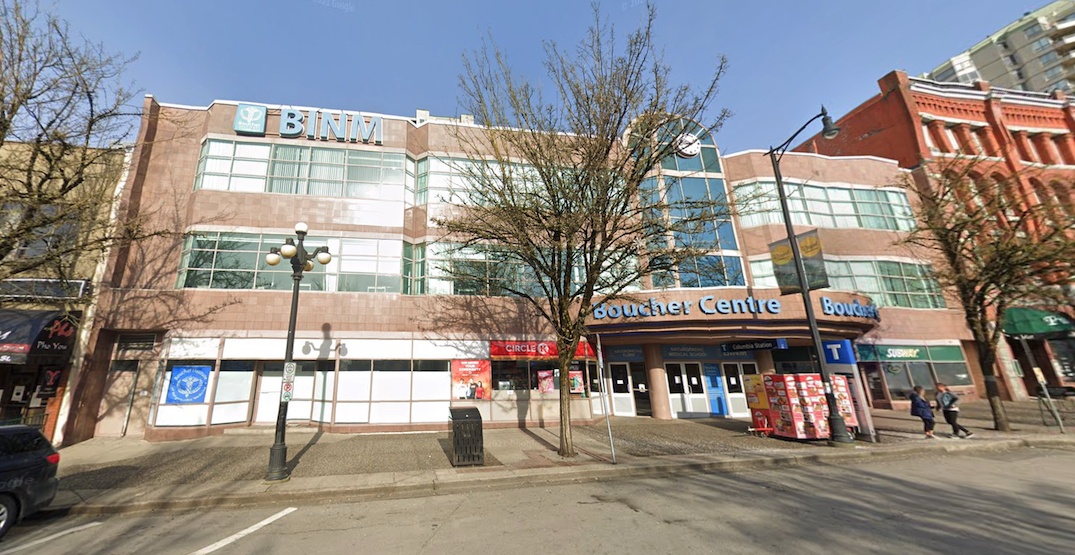 The extent and scope of the planned major overhaul of SkyTrain Columbia Station in downtown New Westminster is hinted at by a recent property acquisition.

TransLink confirmed to Daily Hive Urbanized it has acquired the Boucher Centre property, located immediately south of the station at 435 Columbia Street, for $17.7 million. The purpose of the acquisition of the 17,200 sq ft lot is directly related to the future upgrade of the station.

Boucher Centre is a 1989-built, three-storey building containing retail and office uses, with the largest tenant being the Canadian College of Naturopathic Medicine. It also serves as one of the entrances into Columbia Station, with passengers accessing the station through the building’s public galleria from Columbia Street. 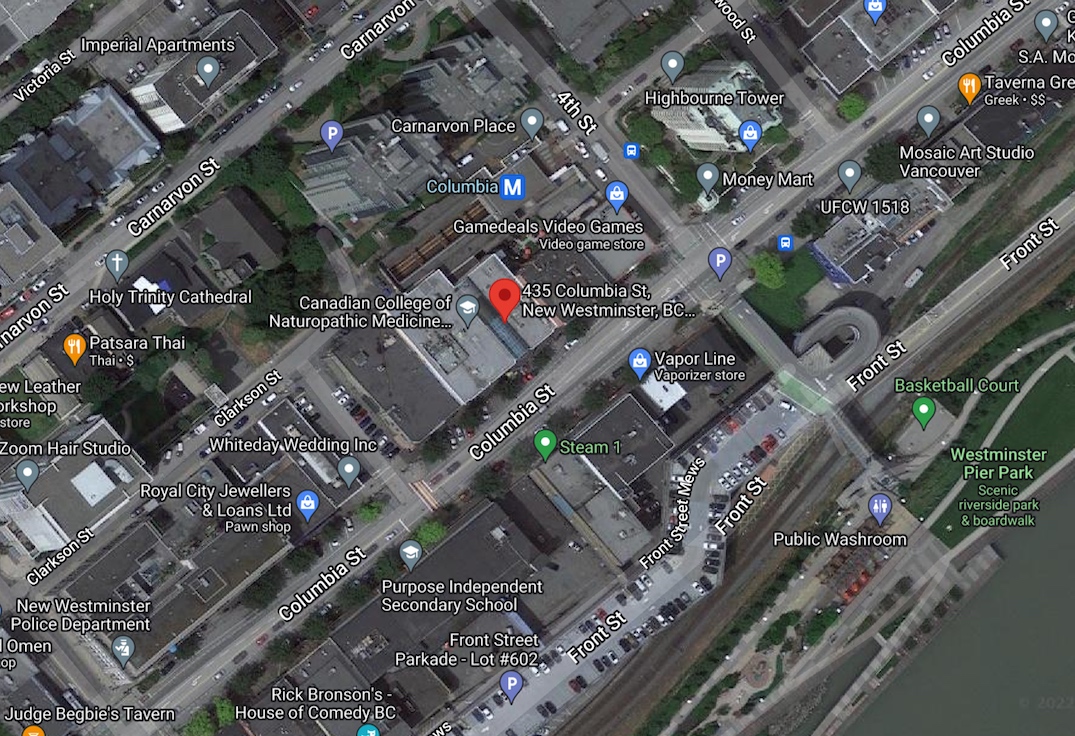 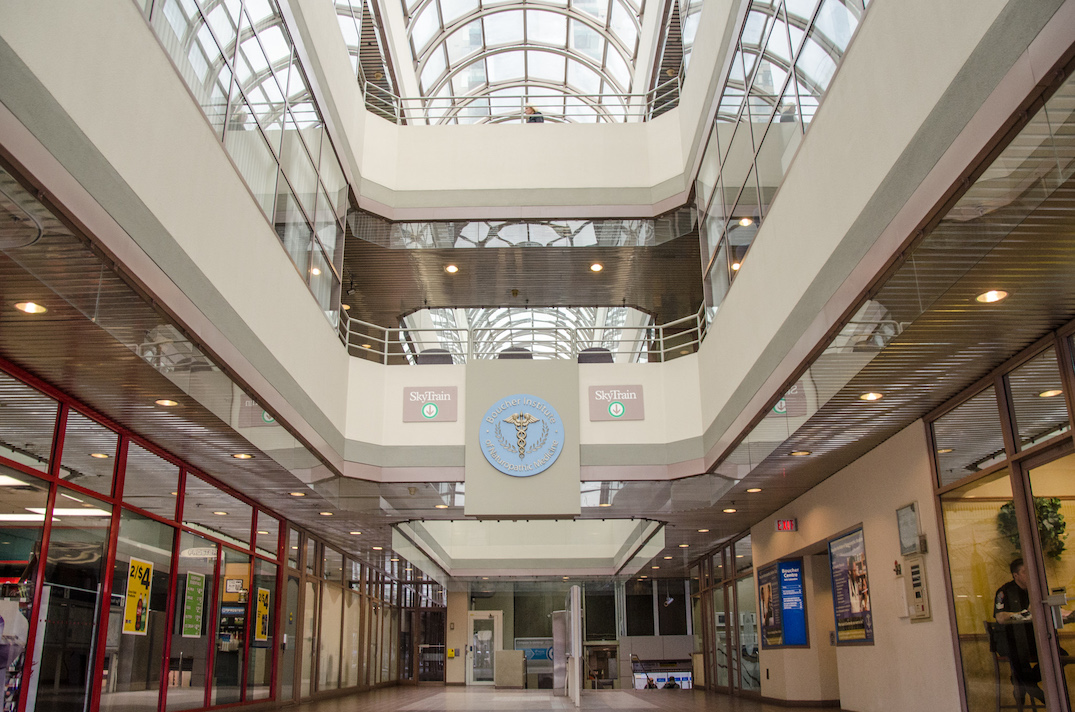 Few details are available at this time, but the building could conceivably be demolished and redeveloped for an expanded footprint of the station to address its significant capacity and accessibility challenges.

Columbia Station serves as a major interchange hub on the Expo Line for passengers travelling towards Waterfront, Production-Way University, and King George stations. However, when it was designed more than two decades ago, it was not intended to serve as an interchange for multiple train lines, which was a purpose it gained in 2002 when the original looping Millennium Line routing — now exclusively the Expo Line — opened.

Currently, particularly during peak periods, overcrowding can be an issue due to the volume of passengers transferred on the narrow platforms and circulation passageways.

An overhaul of Columbia Station is also likely necessary in advance of future extensions of the SkyTrain network, especially the Surrey-Langley SkyTrain project, which would increase the volume of transfers through the station. 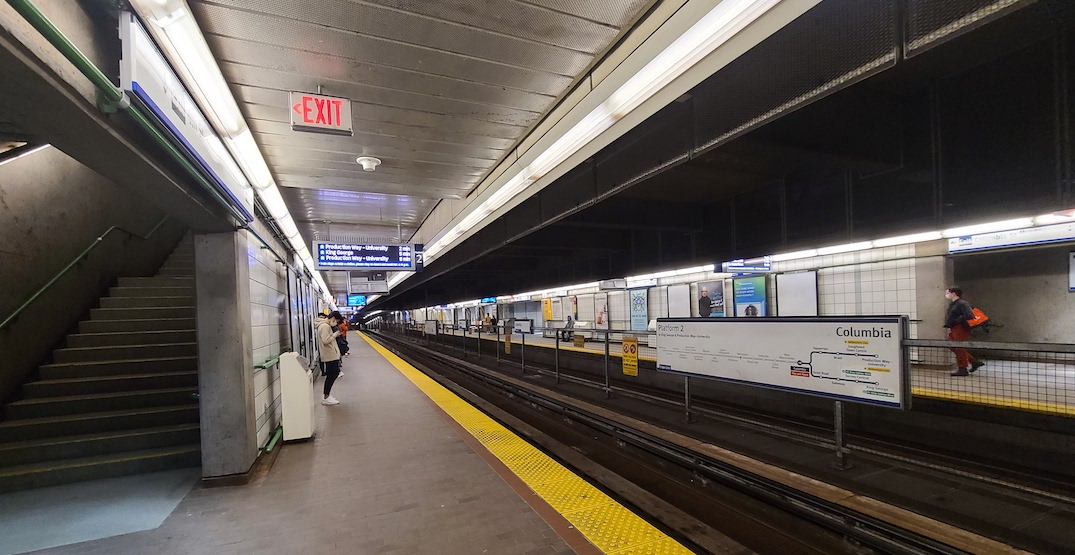 In October 2021, after conducting a bidding process, TransLink selected design firm Perkins & Will to conduct architectural, engineering, technical design, site feasibility assessments, and urban planning work for the Columbia Station overhaul. It was stated that the successful proponent would also examine the feasibility of “three side-platform upgrade approaches.”

Earlier this month, the public transit authority announced a $33 million capacity and accessibility upgrade of Brentwood Town Centre Station would begin in April, with completion targeted for 2024.

A two-year closure of Burrard Station is also anticipated to begin this spring for a $72 million capacity overhaul.