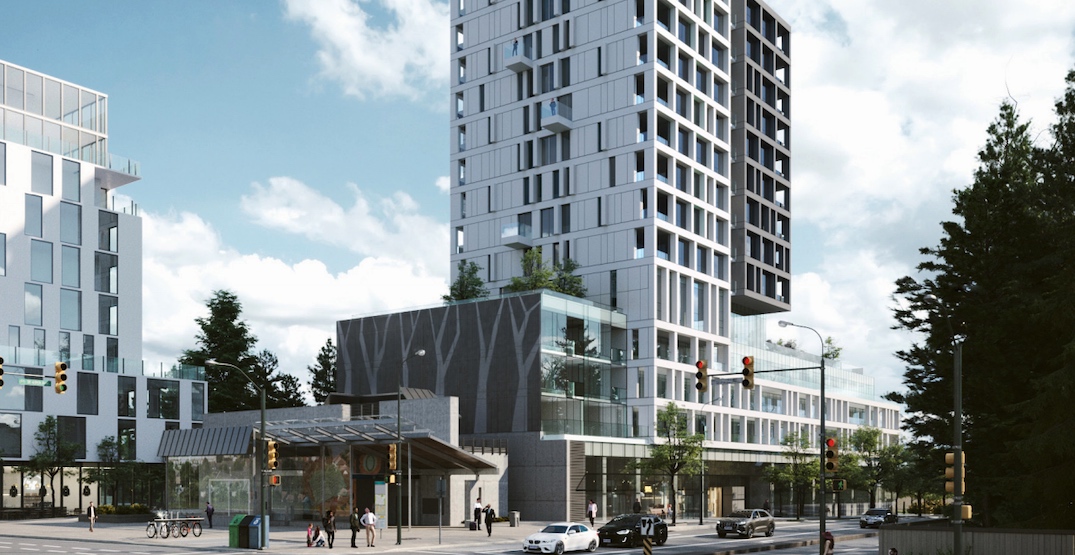 A land assembly of four single-family houses immediately east of SkyTrain’s Langara-49th Avenue Station could be redeveloped into a 173-ft-tall, 14-storey, mixed-use tower.

A rezoning application submitted by Transca Development and designed by GBL Architects calls for the redevelopment of 427-477 West 49th Avenue.

There will be a total of 128 condominiums within the tower and upper levels of the four-storey podium, with the unit mix established as 24 studios, 45 one-bedroom units, 45 two-bedroom units, and 14 three-bedroom units. 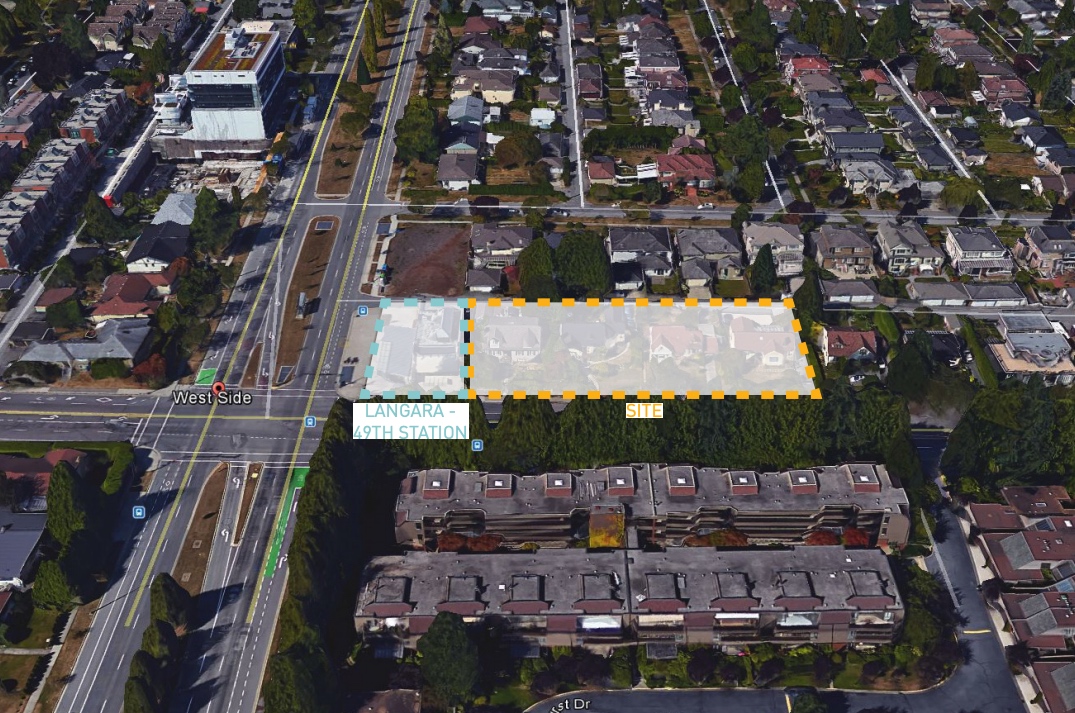 Along 49th Avenue, the ground level will offer over 11,000 sq. ft. of commercial street, as part of the new seamless new retail strip on the north side of the street between Cambie Street and Quebec Street, as envisioned by the city’s Cambie Corridor Plan (CCP). This retail area will wrap around the building’s eastern edge, where there is a setback to establish a pedestrian-oriented public space that doubles as a mid-block connection to the laneway.

On the fifth level, a 5,000-sq-ft childcare facility will open up to a large outdoor play area for the children. This level also contains a 854-sq-ft indoor amenity space with a 2,000-sq-ft outdoor amenity area that looks over the Canada Line station entrance building. 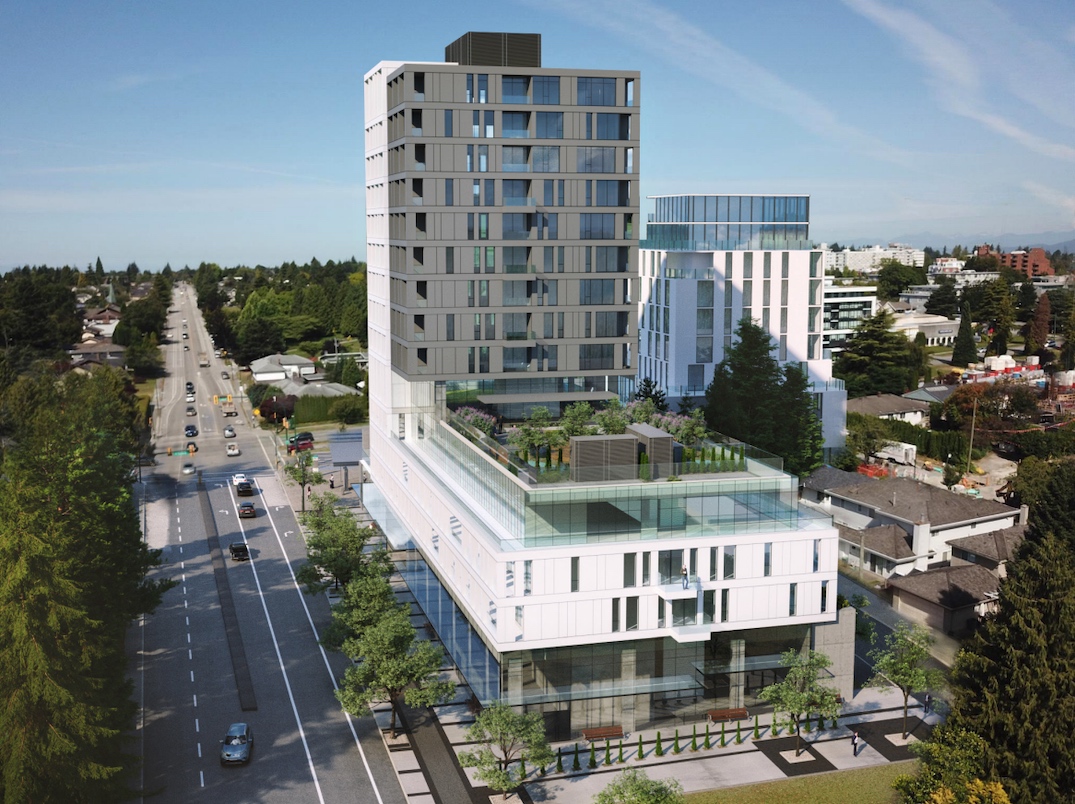 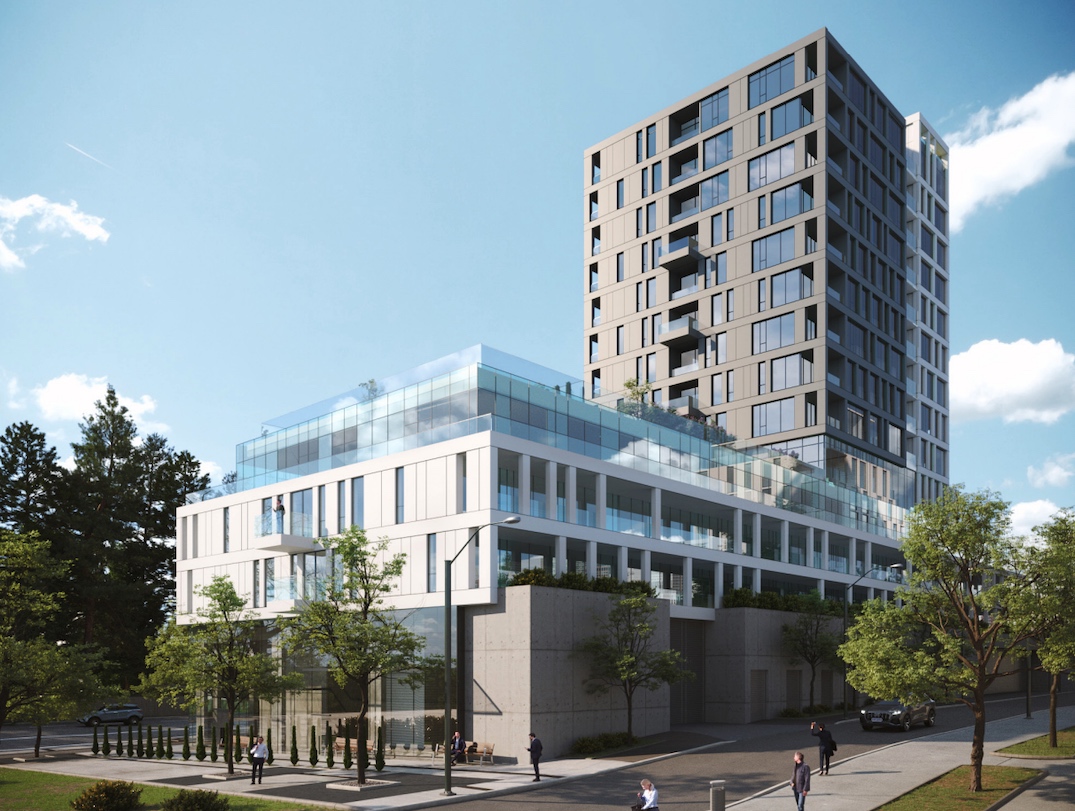 While the CCP envisions a building form of two towers — 11 storeys and 8 storeys — on the site, the proponents are seeking a single taller tower to allow for larger separation to the future rental tower development to the north on the vacant property and additional podium rooftop space for the childcare.

“Inspired by the dense row of trees surrounding Langara Gardens, a colonnade along the south facade, arranged in an organic pattern, provide a layer of privacy to the units behind in addition to the sun protection. This expression is carried around the building and up through the tower, creating a unifying language. The east and west facades have a more solid expression, reducing above grade window-to-wall ratio to approximately 40%. West facing openings will be provided with protruding pilasters that will block direct sun light, reducing excessive heat gain.” 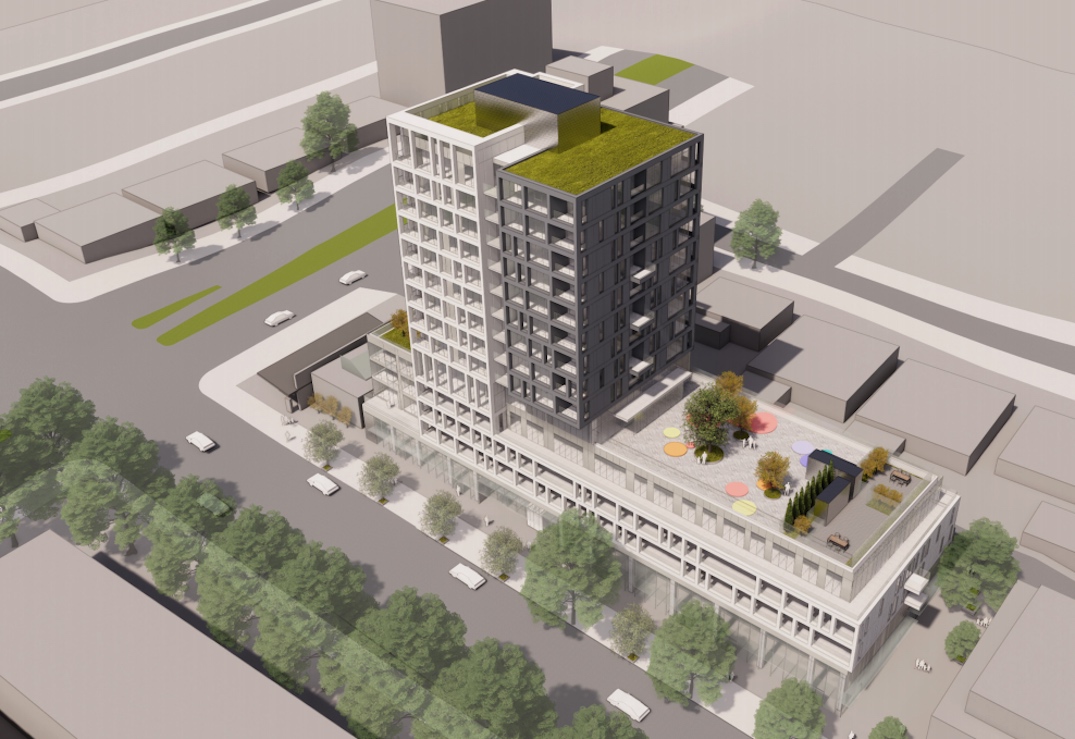 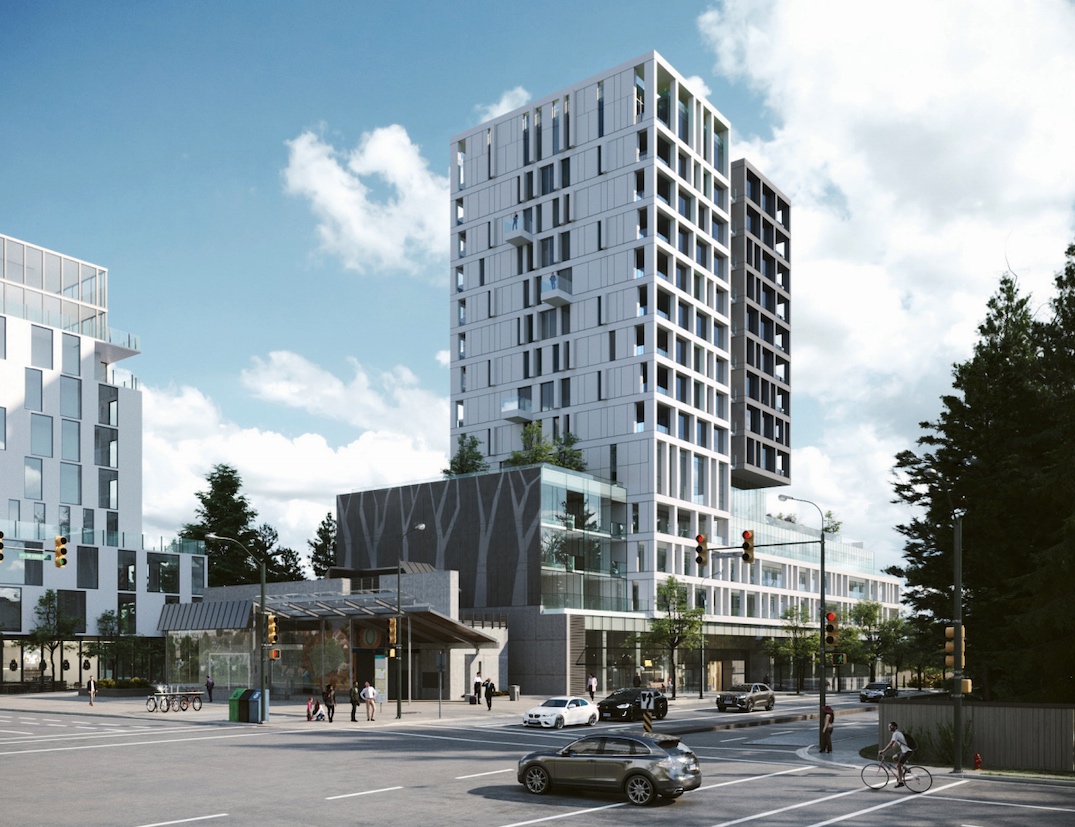 The proposed total floor area is 115,722 sq. ft., creating a floor space ratio density of four times the size of the lot.

Envisioned form for 427-477 West 49th Avenue, Vancouver, according to the Cambie Corridor Plan. (City of Vancouver)