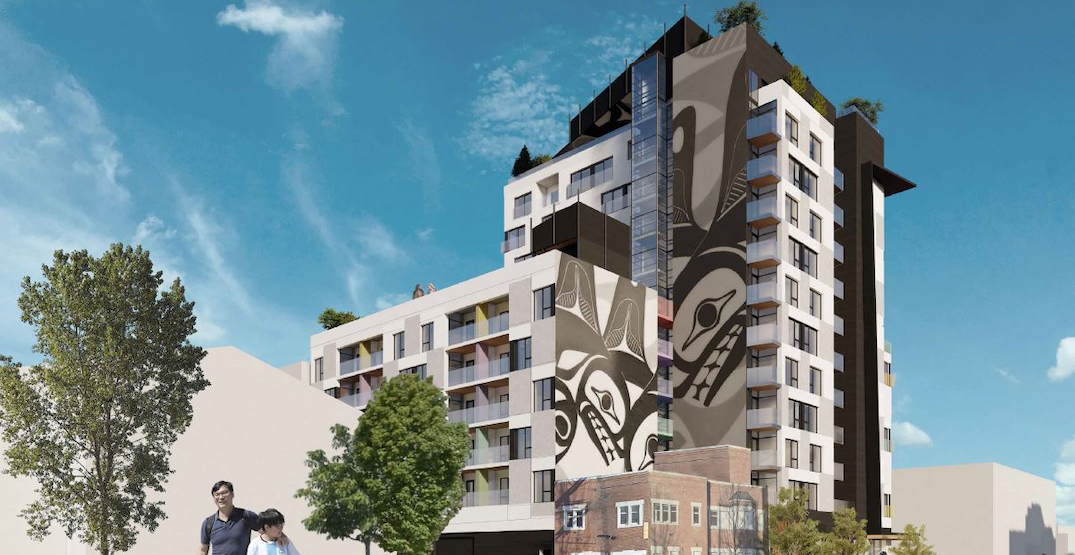 An under-utilized lot currently used as surface vehicle parking at the southwest corner of the intersection of Jackson Avenue and East Hastings Street in the Downtown Eastside will be redeveloped into social housing.

A development application by Urban Arts Architecture calls for the redevelopment of 401 Jackson Avenue into a 142-ft-tall, 14-storey tower. Oppenheimer Park is located about a block to the north.

The site is composed of two lots that changed hands in July 2020. The orphan lot at 421 Jackson Street with a two-storey building next to the laneway is not part of the development footprint. 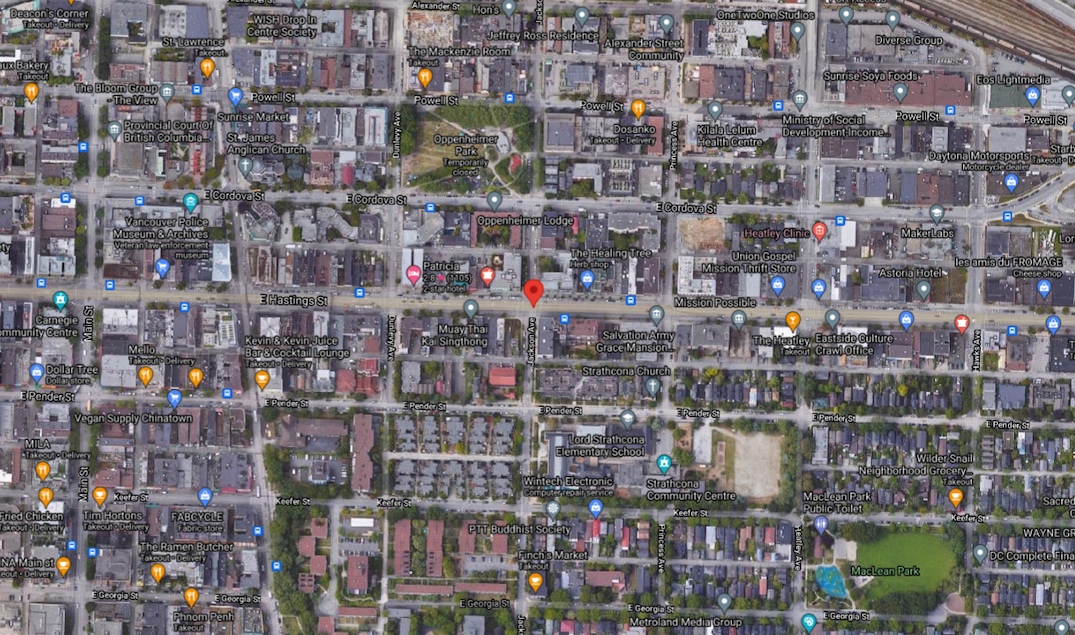 There will be a total of 172 units of social housing, with a unit mix of 108 studios, 37 one-bedroom units, and 27 two-bedroom units. This includes 39 units with below-market rents at housing income limits, and 77 units for moderate incomes.

Common amenity spaces for residents include expansive outdoor amenity decks on the rooftops.

On the ground level with frontage opening up to Hastings Street, there will be a social service centre space and a commercial retail unit. 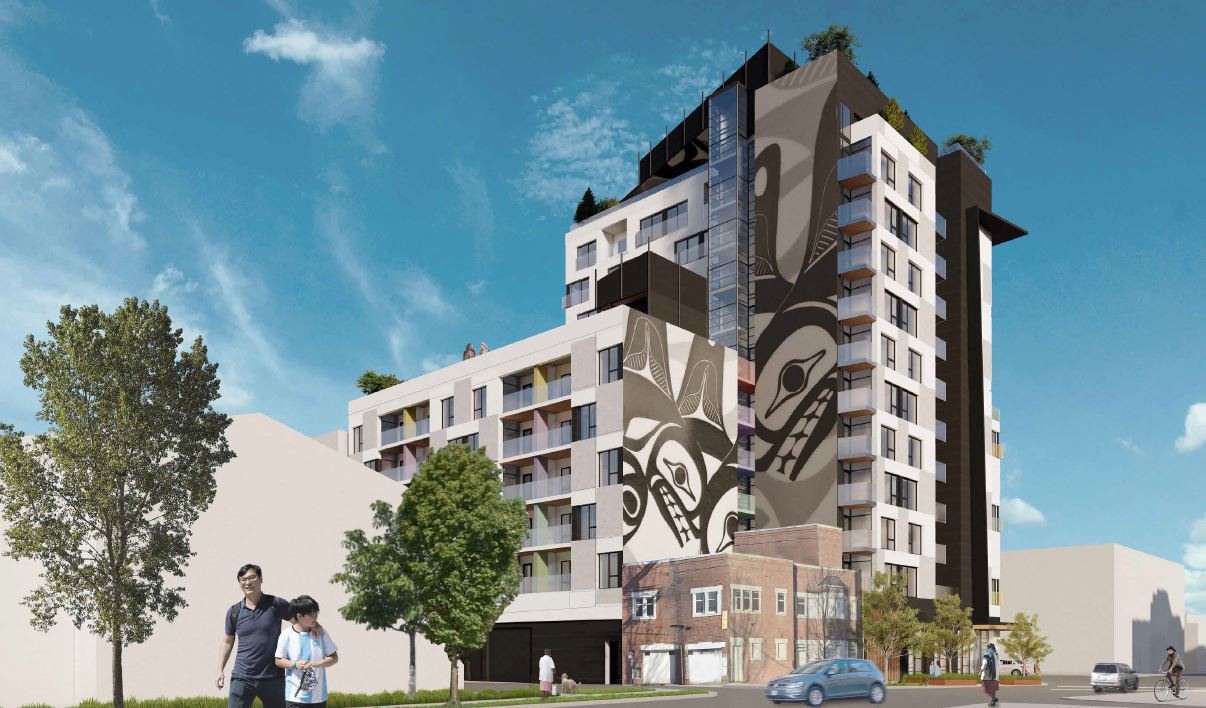 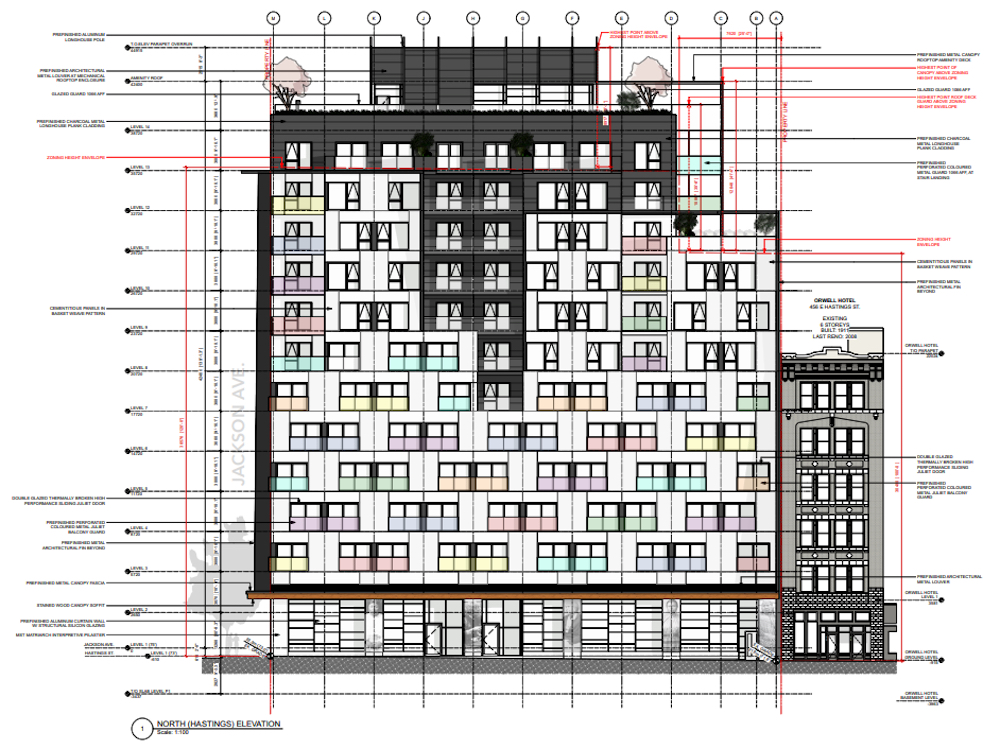 The architectural design of the building incorporates significant First Nations murals at the southeast corner of the building, overlooking the orphan building at 421 Jackson Avenue.

The total floor area is 98,177 sq ft, establishing a floor area ratio density of a floor area that is seven times larger than the size of the 14,100 sq ft lot.