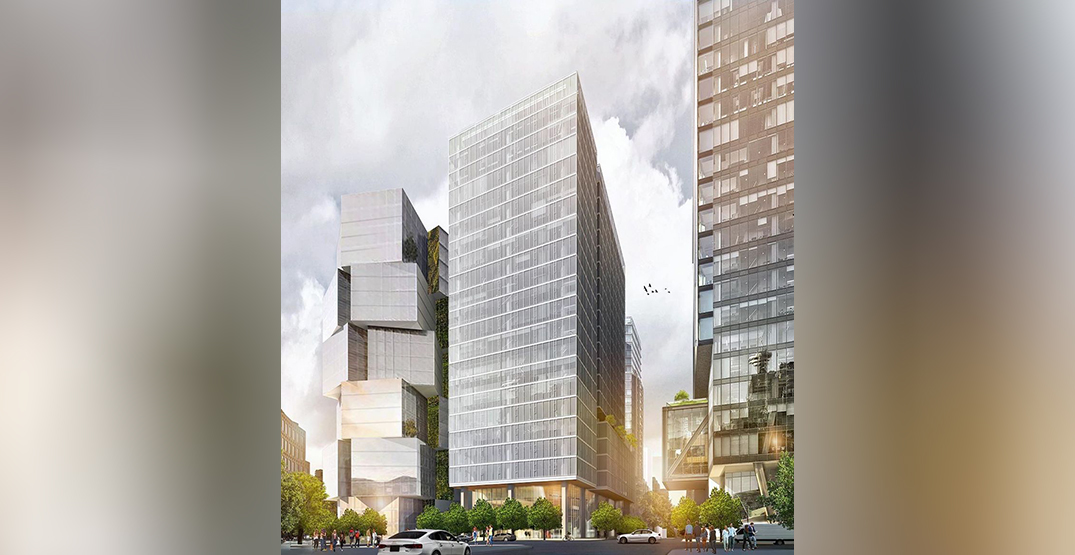 There was little doubt that the southwest corner of the intersection of West Georgia Street and Richards Street in downtown Vancouver would eventually be developed into an office tower, given the precedent set by adjacent buildings.

And now, there is a first glimpse of what the potential office tower development concept for this site at 450 West Georgia Street could look like. 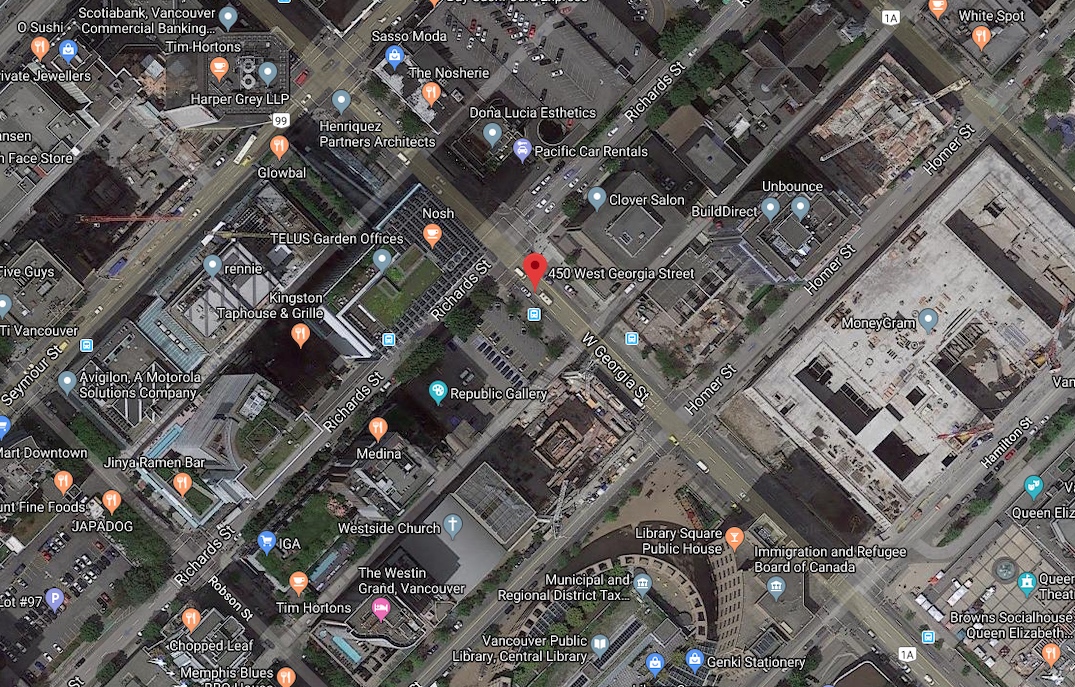 Artistic renderings posted onto social media show an office tower with a height of approximately 300 feet with about 20 storeys — comparable to the height of the 2015-completed, 22-storey TELUS Garden office tower immediately to west and Westbank’s under-construction, 24-storey 400 West Georgia Street office tower just to the east.

Like the other two towers, the buildable height of this site is also strictly limited by view cones. 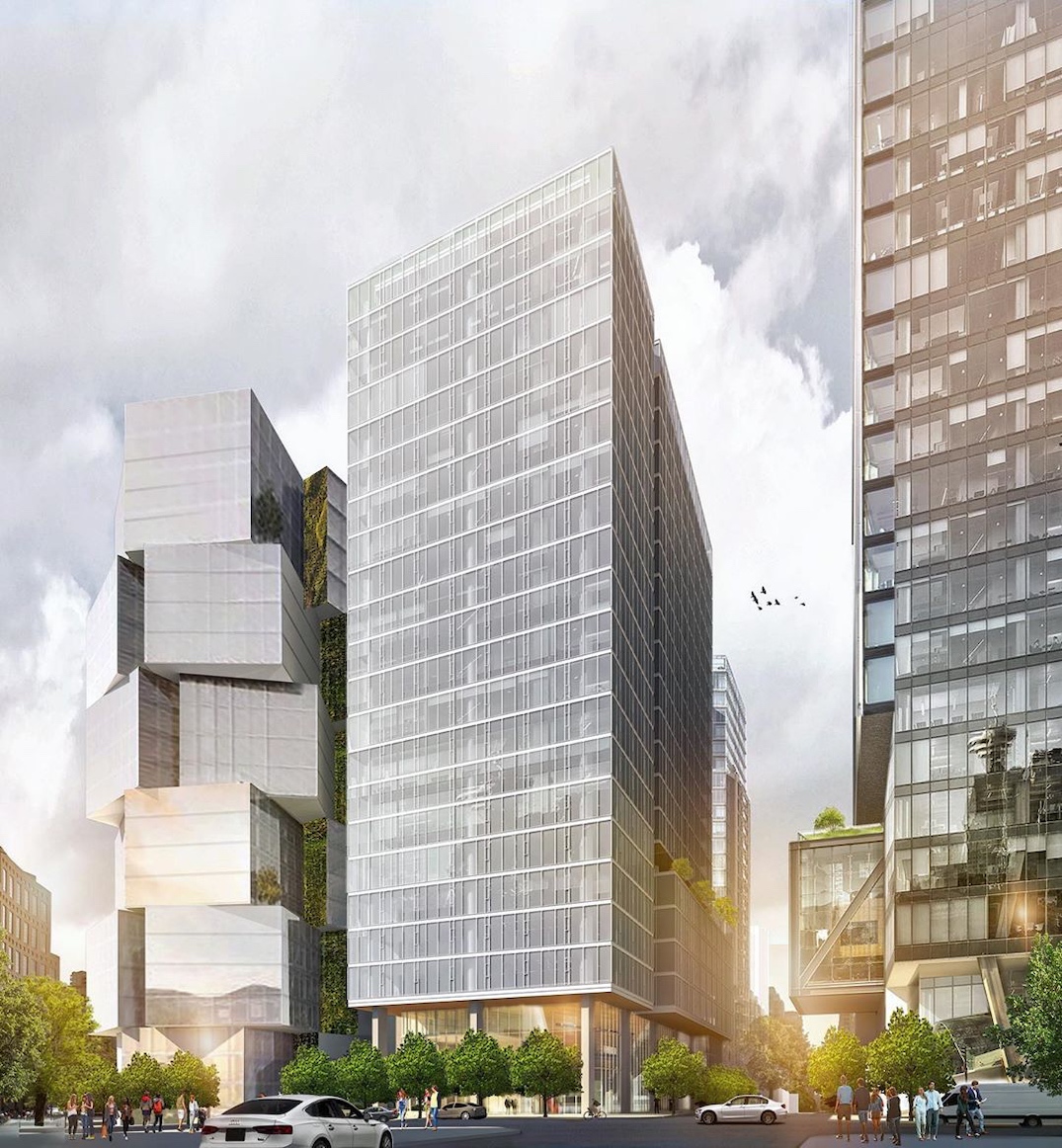 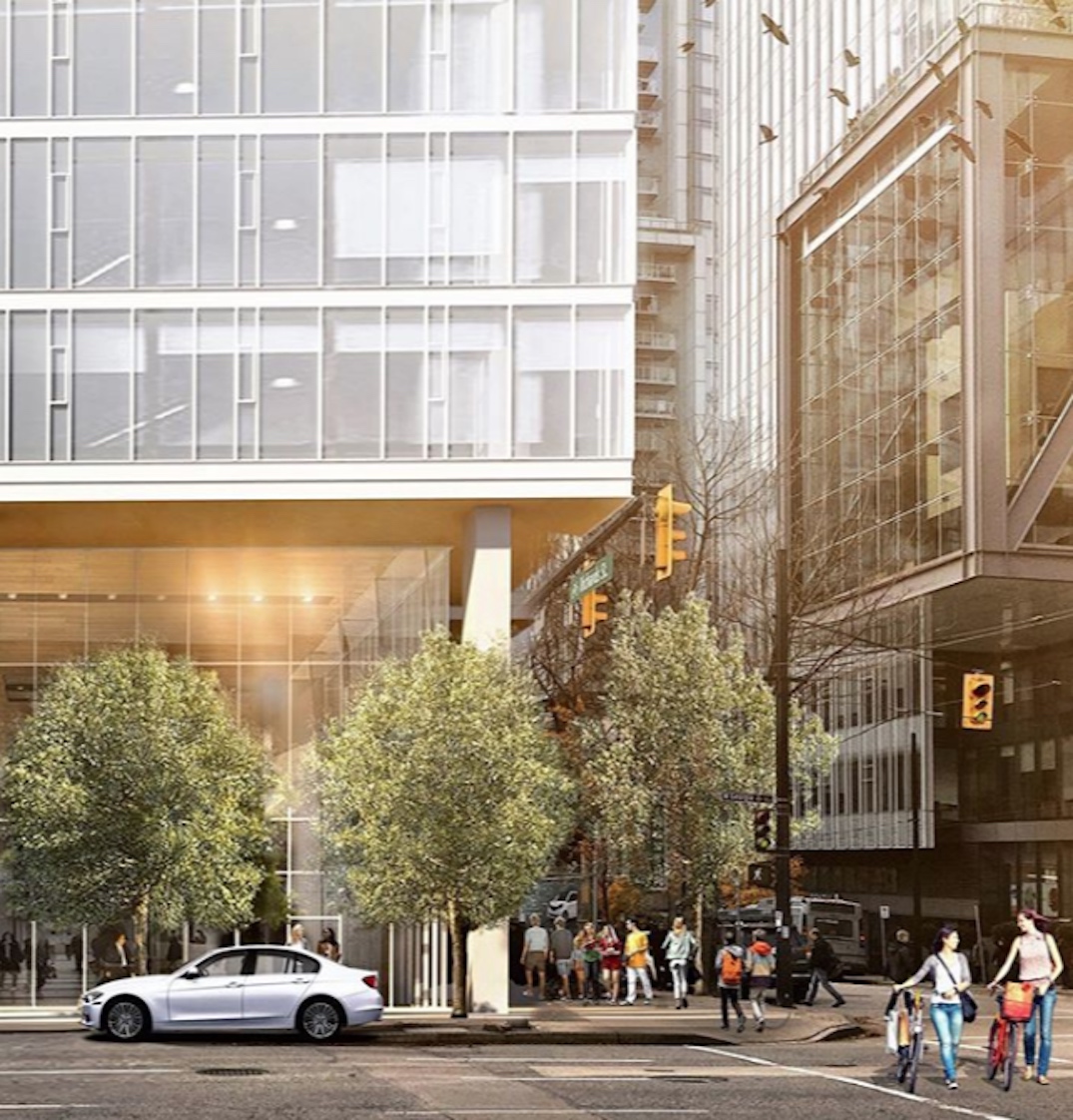 Based on the artistic renderings, this project carries a more conventional building design compared to its neighbours; its simplicity provides contrast with the geometrical complexity of the stacked cubes of 400 West Georgia Street. The regular-shaped floor plates on the lot also serve to maximize the property’s buildable floor area.

The developer and architect for this project is not immediately known, and no formal application has been filed to the city at this time.

This ground-level parking lot property was previously a part of the now-demolished Budget Car Rental at 400 West Georgia Street. It is currently leased by Car2Go and Evo as a major car share parking station.

The area on West Georgia Street east of Seymour Street has become a major hub of office development, initiated by the completion of TELUS Garden, which acted as a major catalyst of the eastward expansion of the Central Business District’s office cluster.

The scale of Amazon’s presence alone in the area has been a reason for developers to engage in office building speculation, not just from the company’s known intention to occupy even more office space in downtown to meet its ambitious growth plans in the city but also from other companies attracted to the area by the corporate giant.

Downtown Vancouver’s office vacancy rate is currently hovering at just 2%, which has forced lease rates to trend upwards. But a flood of new supply — nearly five million sq. ft. of office — by the end of 2023 should provide some much-needed short-to-medium term relief.