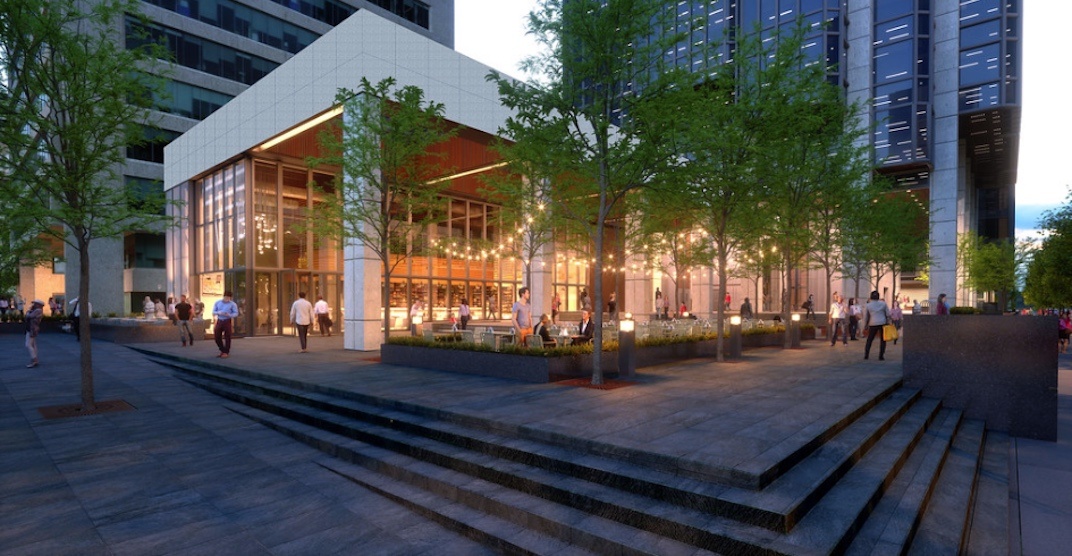 The privately-owned public plaza space at the northwest corner of the intersection of West Georgia Street and Homer Street in downtown Vancouver is currently undergoing a renovation.

The plaza is a part of Oxford Properties’ nine-storey office building at 401 West Georgia Street, which spans 260,000-sq-ft of floor area.

In 2017, Amazon was announced as the sole tenant of this new office building, which will employ 1,000 people upon its completion in early 2020.

Ahead of the completion of Oxford Properties’ newest office building in the city and the immediate area’s transformation with QuadReal Property Group’s Canada Post redevelopment (Vancouver’s largest Amazon corporate office) and Westbank’s 400 West Georgia Street office tower (tenants include Apple, Deloitte, and Space co-working), the plaza and the existing tower’s facade at the intersection is being provided with a much-needed uplift to enhance its presence. 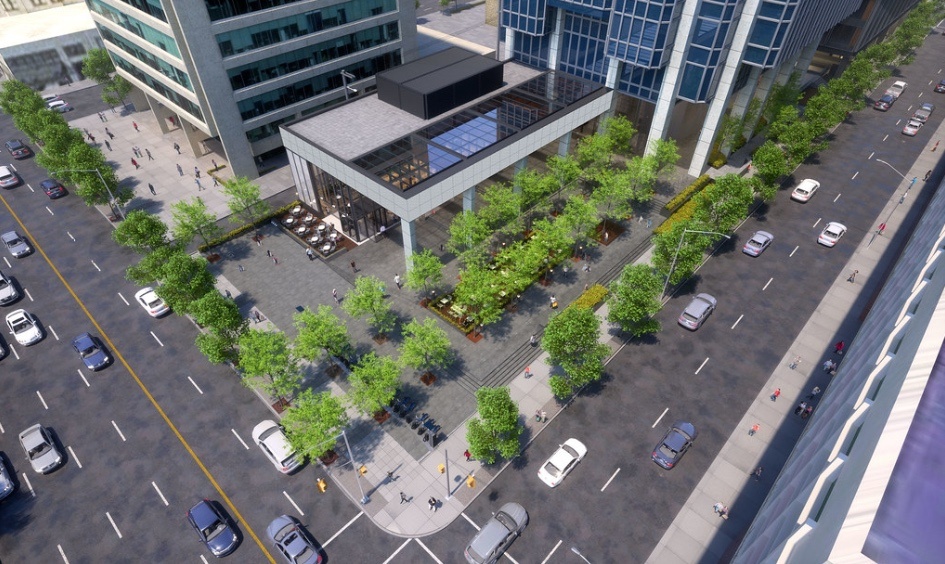 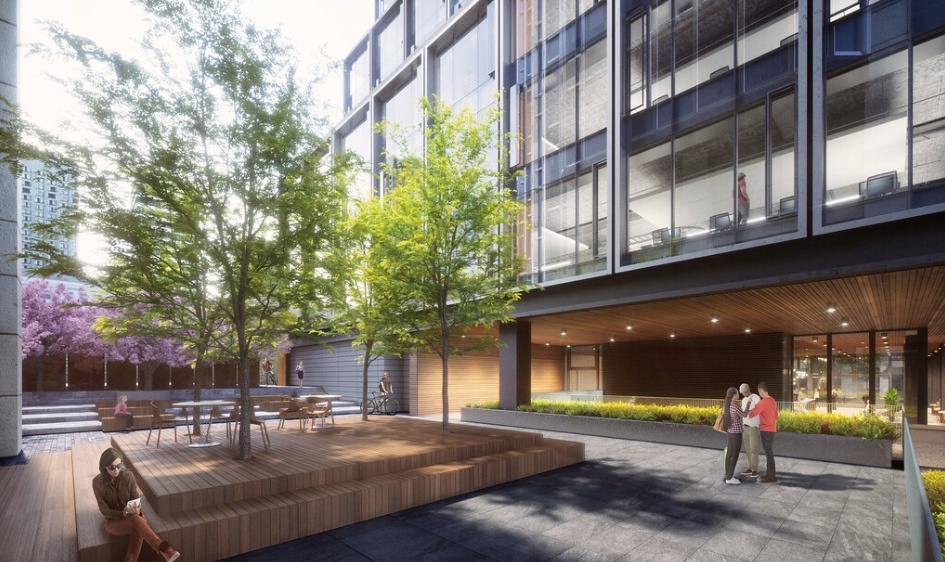 Additionally, the BMO Bank pavilion that fronts the plaza’s western edge is being transformed into a restaurant space, and the lobby of the existing tower is undergoing a renovation to provide the older office space with the ability to better compete against new developments for tenants. 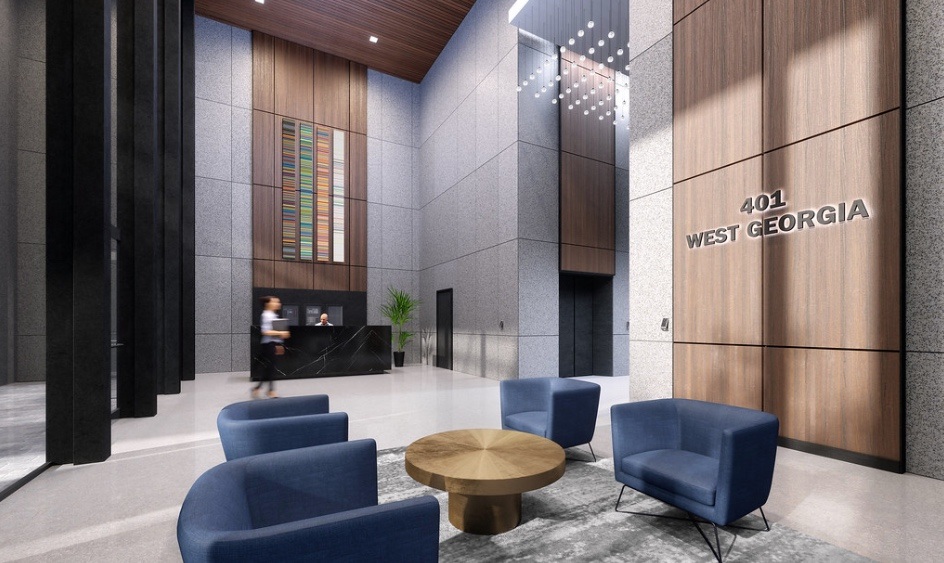 Furthermore, the public realm improvements to the property’s northern end will bring the space up to the same standard as the new additions on the southern end. It will also align with the new plaza space planned for the former West Georgia Street ground-level parking lot, directly across from the 401 West Georgia Street plaza. 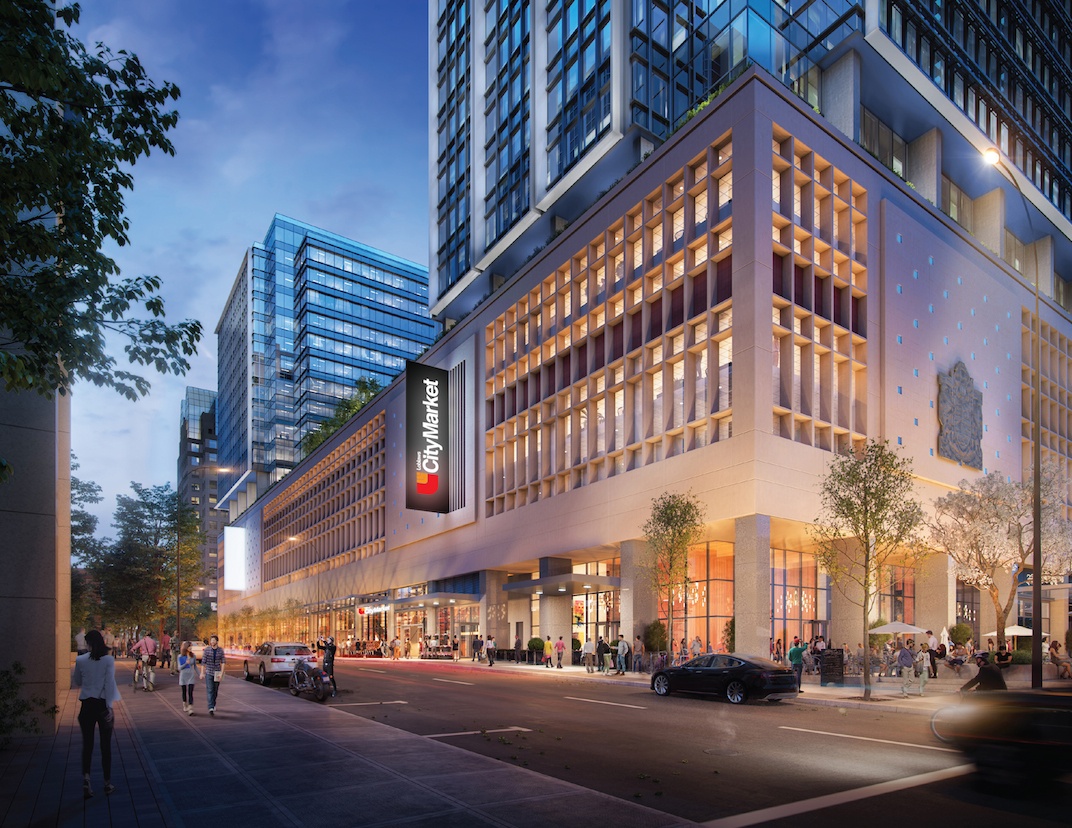 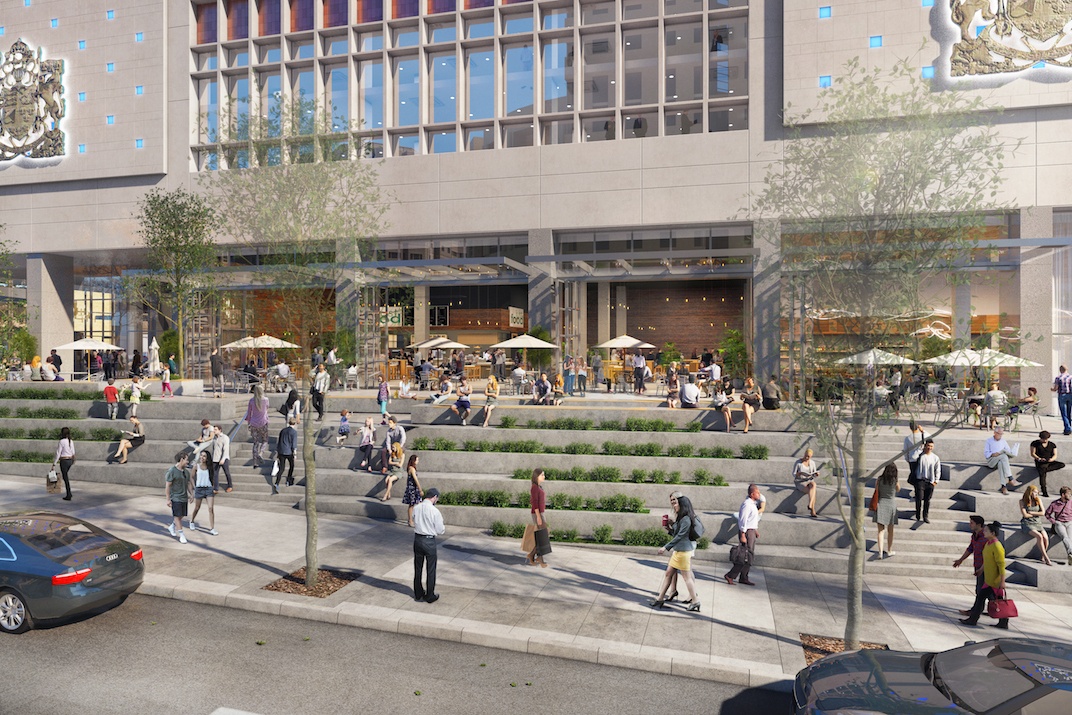