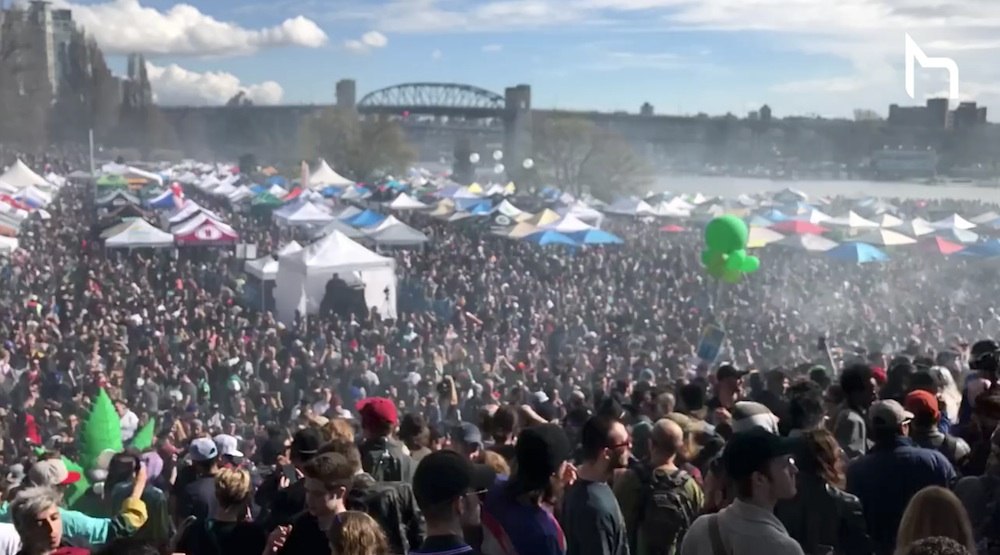 Tens of thousands of people who attended Vancouver’s 4/20 marijuana smoke-out may have left Sunset Beach with a high, but the same can’t be said for city taxpayers left with a bill that is higher than many of the sanctioned public events the municipal government helps support.

This expenditure went towards policing, clean-up efforts, and logistical arrangements in order to ensure the event remained safe and orderly.

Additionally, another 300 people gathered at Robson Square, even though the main event happened at Sunset Beach.

Organizers did apply for a permit with the Vancouver Park Board this year, but were turned down.

There will now likely be a debate on future 4/20 events given the skyrocketing costs year-over-year.

The 2017 costs are broken down as follows:

These costs do not include regular City staff time spent coordinating with the event organizers and the costs incurred by other public entities such as BC Ambulance Service and St. Paul’s Hospital, where 39 people were admitted for treatment.

Taxpayers might be able to recoup some of the costs as the Park Board is expected to invoice organizers for their expenses, which include repairing damages to the grass at Sunset Beach and collecting between 5,000 and 6,000 pounds of garbage left on the site.