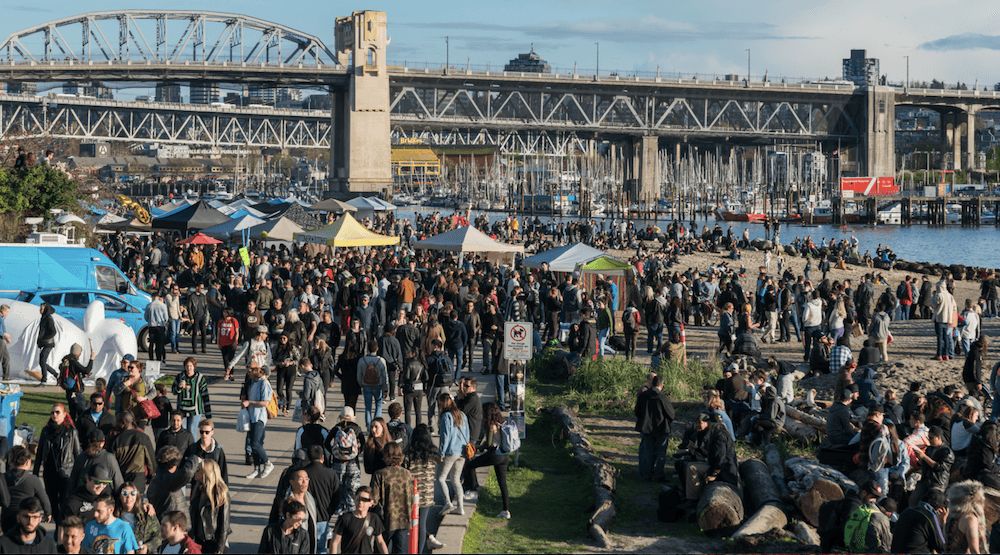 Sunset Beach is closed to the public for at least the next few weeks, after Vancouver’s 4/20 celebrations left the area in damage and disrepair.

An estimated 40,000 people took part in the annual celebration which for the second time was held at Sunset Beach and as usual, without an official permit.

“The field is in rough shape and muddy with lots of rutting, holes and dips,” said Vancouver Park Board Chair Michael Wiebe in a release. “Staff will need to aerate, over seed and top dress it before it can be used again.”

Park Board staff arrived at the park early Friday morning to assess the damage and begin the work of cleaning up.

Wiebe said organizers of the 4/20 event “had indicated they would install a turf protector, but failed to do so.”

Now, he said, the Park Board will “make every effort to recoup repair costs from organizers.”

Because of the wet spring conditions of the field, it’s estimated the cost of repairing the field will be in the thousands of dollars.

Between 5,000 and 6,000 pounds of garbage was removed from the park after the event.

Barricades, fencing and porta-potties are also being removed today as well.

4/20 event organizers applied for a permit to hold the event, but at a March 6 meeting the Park Board voted to not to provide a permit due to the smoking ban in parks, disruption to residents and lack of alignment with Park Board mandate.