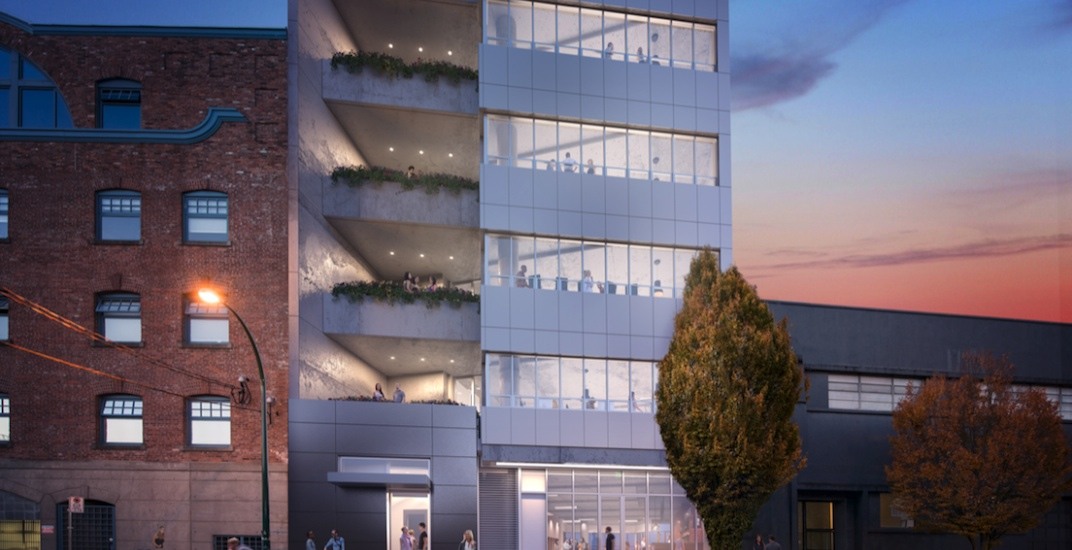 This is not a large project in terms of size, but it is a significant development for Vancouver’s Railtown district as it is the area’s first new office project within the I-4 Historic Industrial District zoning, which was implemented in 2017 by the municipal government to expand the definition of industrial beyond traditional industrial uses.

Construction has begun on the new Bench office building at 353 Railway Street, which will provide 35,000 sq. ft. of office space over six levels. Each floor plate, approximately 6,000 sq. ft. in size, boasts concrete flooring and high ceiling designs with no columns to maintain a flexible open workspace.

Such a space is suitable for craftspeople in design and digital production, manufacturing, production, distribution, and retail space capable of operating as a restaurant, brewery, coffee roaster, or showroom. 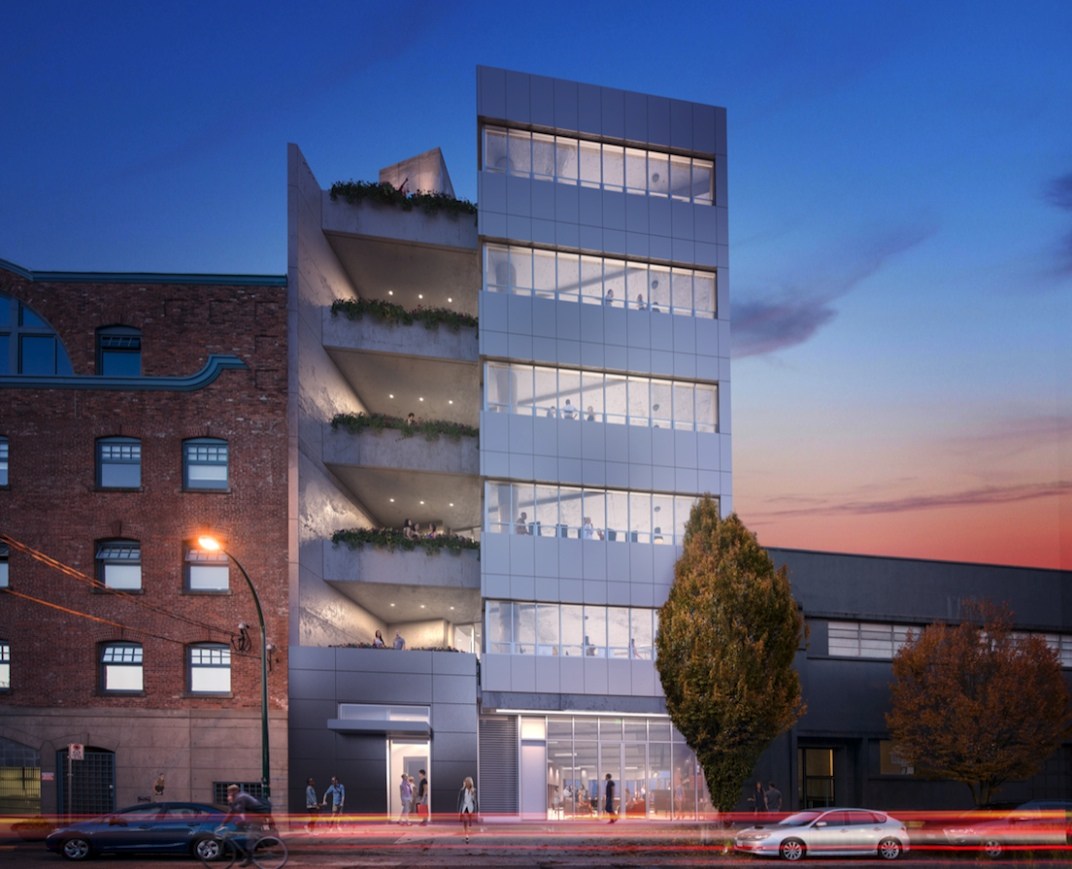 As for amenities, the main level has a large 600 sq. ft. deck facing the North Shore mountains, and the floors above have decks on both the south and north sides of the building to allow for views of both the mountains and city.

Office workers will even have access to a private shuttle service that runs to and from Waterfront Station.

“With Railtown being a 14 minute walk to Waterfront Station, we felt it was important to give the tenants options other than driving their vehicles to the downtown core daily,” Brian Roche, President of Rendition Developments, told Daily Hive. 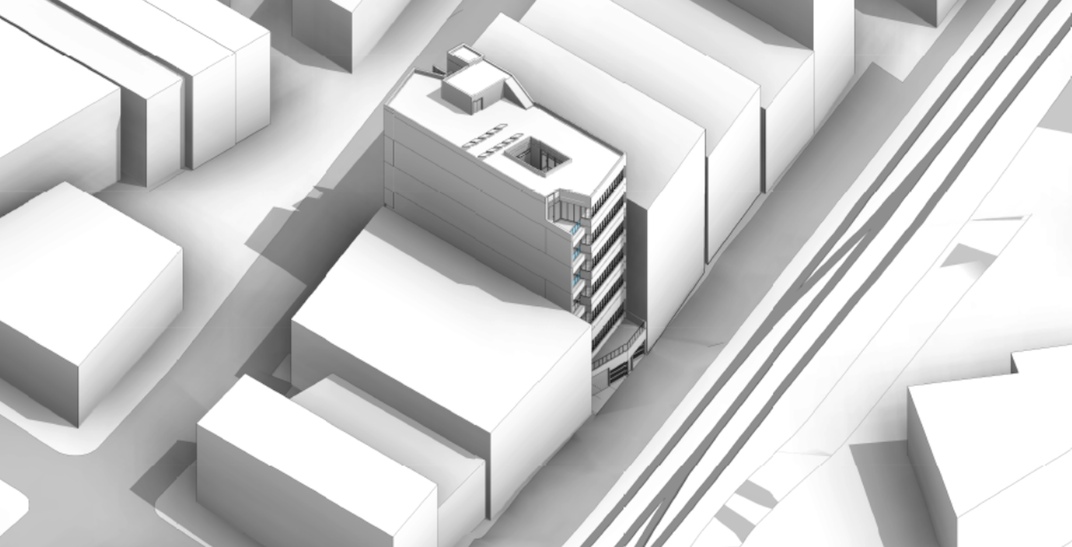 It is estimated Railtown’s 16-acre footprint holds about 830,000 sq. ft. of developable workspace. The groundbreaking of Bench – designed by Gair Williamson Architects – represents the first new commercial project to be built in the area in over 50 years, and it signals the start of a major redevelopment cycle in the district.

“I believe Railtown is poised to expand on its already vibrant and eclectic mix of ‘Makers’. The current mix of artists, clothing designers, computer game creators, snowboard designers and manufacturers, architects, interior designers and furniture manufacturers will now have the ability to expand in Railtown with the new larger buildings coming on stream and not be forced out of the neighbourhood due to a lack of larger floor plates to accommodate their organic growth,” continued Roche.

“The change to the City’s definition of traditional manufacturing to including the design component, has allowed for this growth for these businesses and is reflected in the new zoning bylaw for Railtown. This change allows both the existing businesses to remain in Railtown and entices more like-minded companies to move into this vibrant 3 block strip of Vancouver that is an incubator for the ‘Maker movement.'”

Bench Railtown and Maker Exchange are set for a completion in late-2019 and late-2020, respectively.