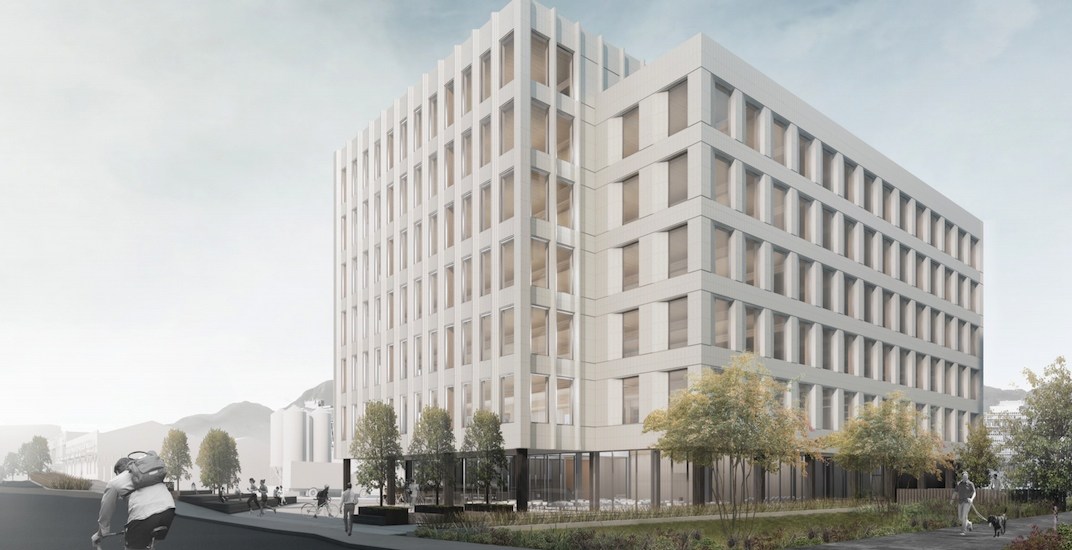 A new office building with a contemporary modernist flair has been proposed for a site in the False Creek Flats near the Millennium Line Broadway Extension’s future subway station at Thornton Street.

Triovest Realty Advisors has submitted a development application to the City of Vancouver to turn a 48,000-sq-ft site at 339 East 1st Avenue — just west of the Emily Carr University campus and the future station.

The property is also adjacent to Red Truck Brewing to the west and a vacant site slated for eventual redevelopment with two live-work towers, a hotel, and an office tower. 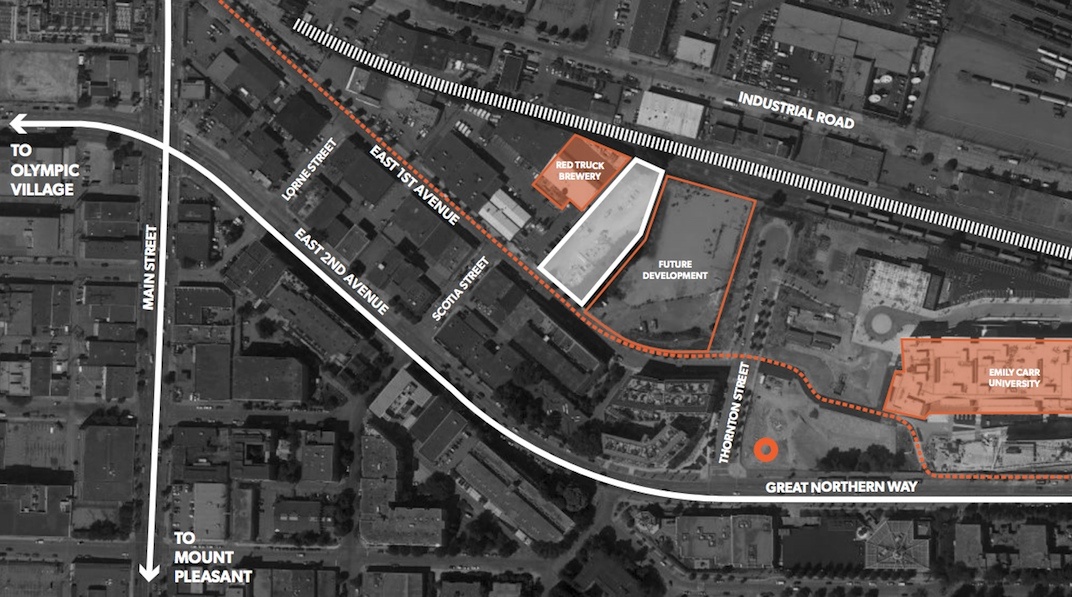 Some retail and restaurant spaces are located on the ground floor, and office workers will have access to rooftop amenity spaces. 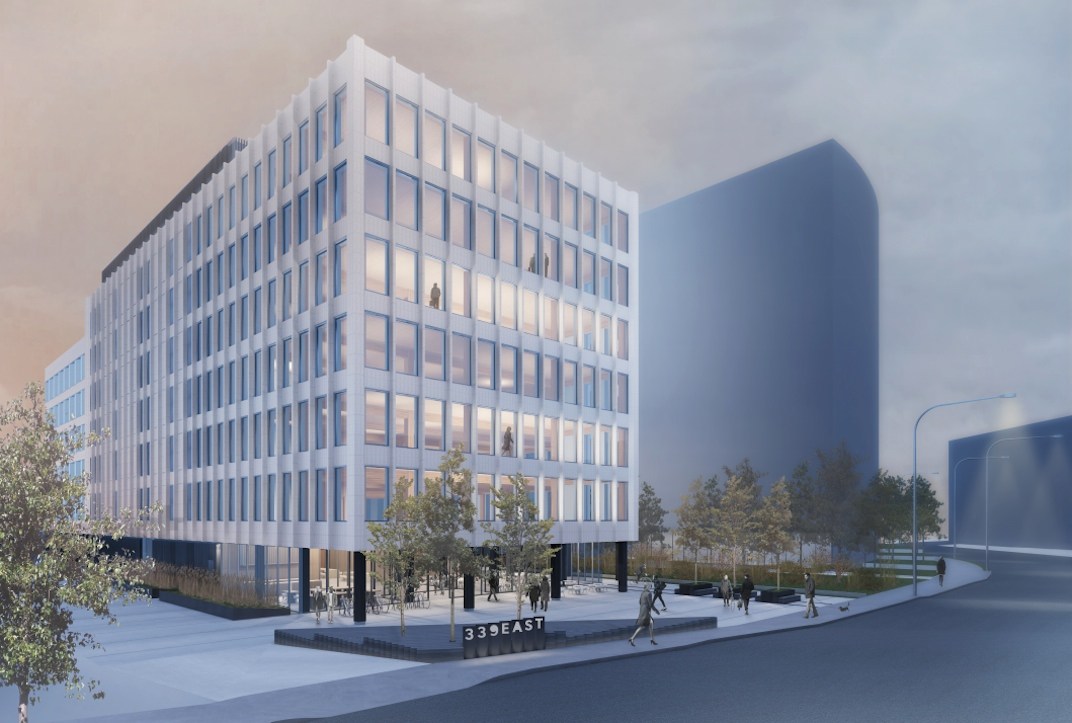 The architect’s design rationale describes the massing of the building as “two intersecting volumes” for added visual interest to the facade, which is primarily cladded with white terracotta.

“Terracotta is a highly durable, and natural material with good acoustics qualities. Additionally, the use of extruded terracotta profiles gives the façade depth and allows for the integration of vertical shading on the south and western elevations of the building,” reads the rationale.

“Along the ground floor, a dark metal panel contrasts the white terracotta on the upper floors.” 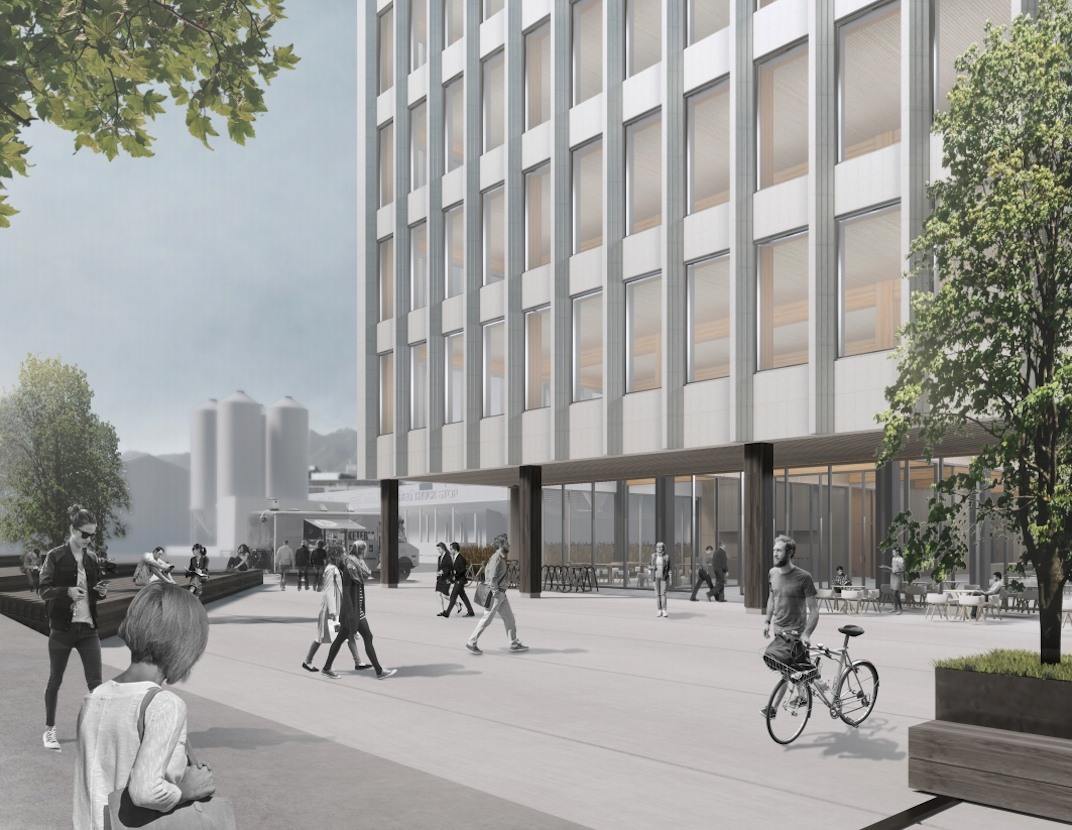 There will also be 196 vehicle parking stalls within two underground levels, but this represents a 30% parking reduction given for the site due to its close proximity to SkyTrain.

Altogether, the building will have a floor space ratio density of three times the size of its lot. A LEED Gold green building certification will be achieved with features such as green storm water management, a green roof, and a District Energy Transfer Station.

This latest design for the site is a significant departure from the previous bright, multicoloured design by IBI Group, approved in the project’s rezoning in April 2018.

This is just one of many major office and creative industry developments planned for the False Creek Flats area. For instance, PCI Developments’ future plans alone for the area along Great Northern Way entail six office buildings totalling about two million sq. ft. of office space by the late-2020s.