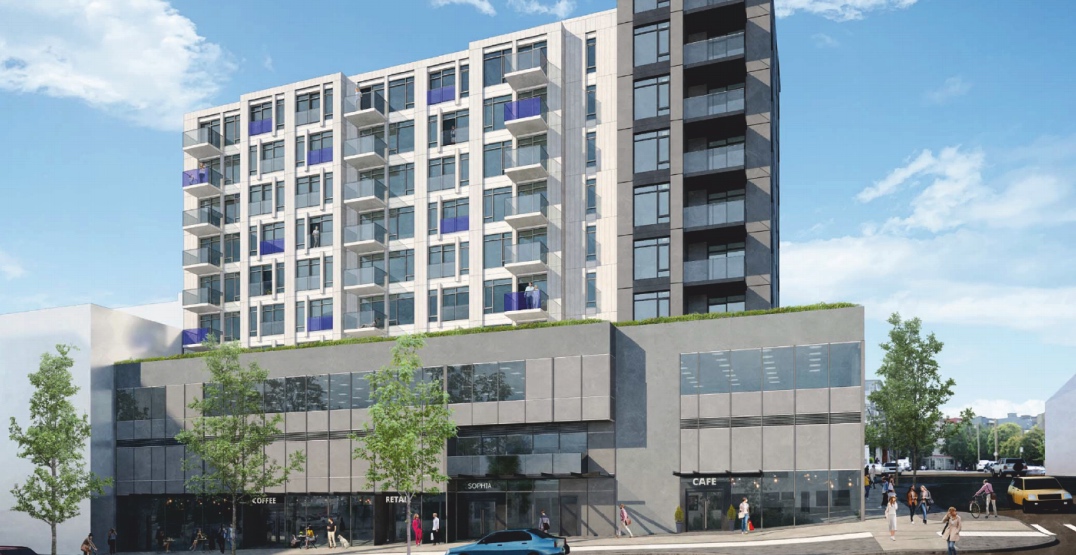 Another mixed-use redevelopment is proposed for a site within close proximity to SkyTrain Millennium Line’s future Great Northern Way Station, and Emily Carr University of Art and Design.

A development application submitted by local developer The Cape Group calls for turning 304 East 1st Avenue — the southeast corner of the intersection of East 1st Avenue and Scotia Street, currently occupied by a 1939-built, three-storey warehouse — into a new 100-ft-tall, nine-storey building.

The property is just a three-minute walk from the future subway station at the northeast corner of Great Northern Way and Thornton Street. It is also immediately south of Red Truck Brewery, and the development sites of a seven-storey office building and a separate mixed-use residential, office, and hotel development. 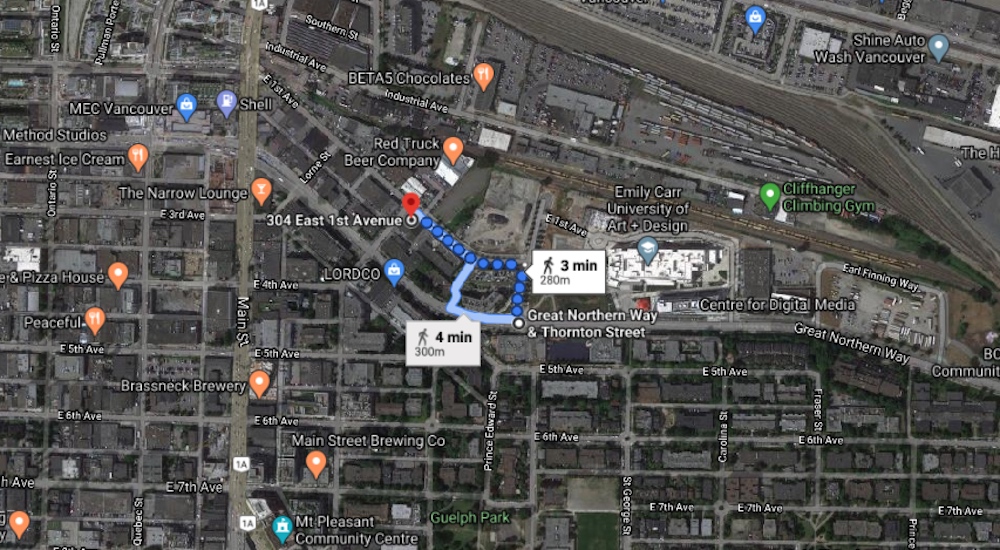 The Sophia, the name of the new building, is proposed to include 112 rental homes, with a unit mix of 42 micro studios (325 sqft), 35 studios, and 35 one-bedroom units. Residents will have access to an indoor amenity space on the second level, and a 600-sqft outdoor rooftop amenity patio with northern views.

There will also be a 7,200-sqft daycare with a south-facing outdoor play area on the second level, and 4,500-sq-ft of retail space on the ground level with East 1st Avenue as its frontage.

Designed by local architectural firm Musson Cattell Mackey Partnership, the first floor will use concrete construction, creating a deck for the mass timber construction for all of the residential levels. The use of wood will not only reduce carbon footprint and increase energy performance, but also shorten the construction time. 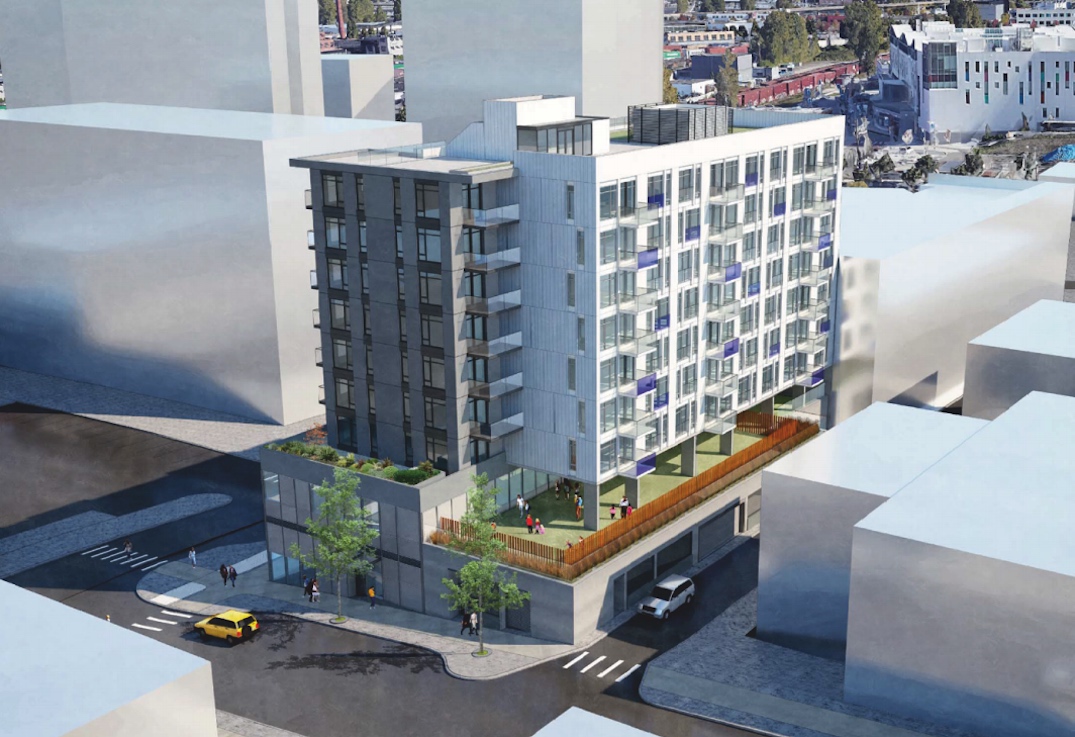 Due to the site’s slope, there are no traditional underground levels, with the rear of the second floor — on the same level as the laneway — containing 20 vehicle parking stalls.

The ground level’s rear will feature a separate bike-only parkade for 238 bikes with direct cyclist access from East 1st Avenue, connecting to a new future bike lane on the south side of East 1st Avenue. The redevelopment will establish a generous building setback to create space for both the bike lane and widened sidewalk. 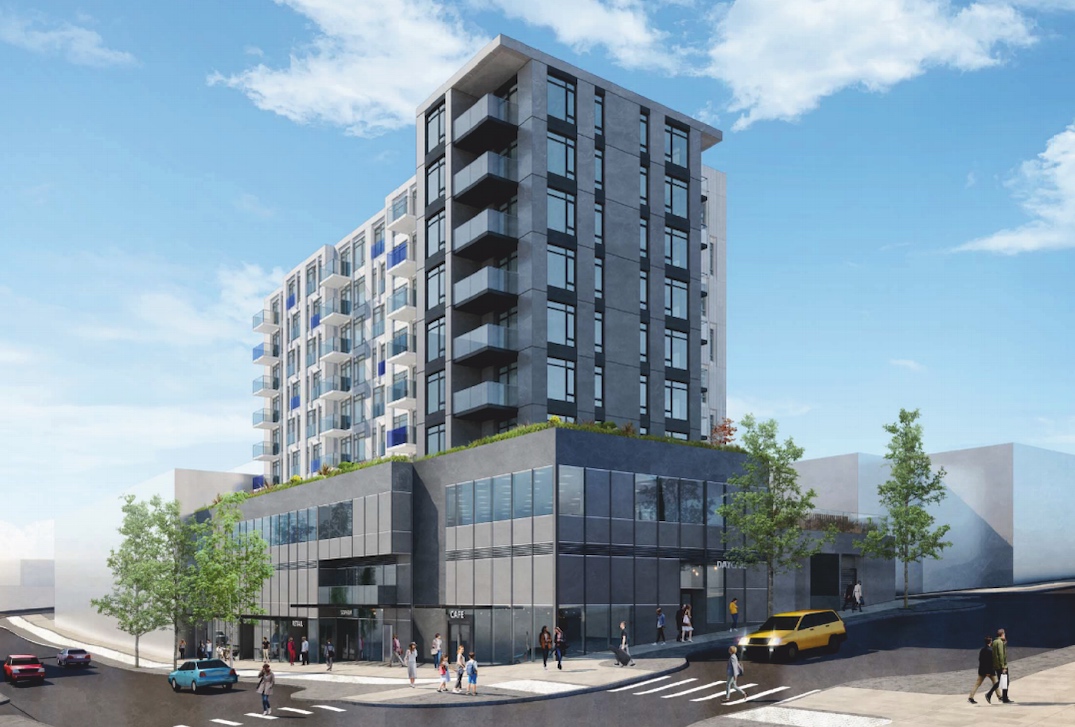 Given that this is a transit-oriented rental housing building, the developer is considering a transit pass subsidy for some of the residents. There will also be a building bike share program.

The redevelopment is proposing a total floor area of 58,900 sqft, giving it a floor space ratio density of four times the size of its 14,700-sqft lot.

The Cape Group also recently submitted a development application in the same immediate area for a new five-storey building with 95 rental homes with live-work artist space, and 10,000 sqft of commercial space. 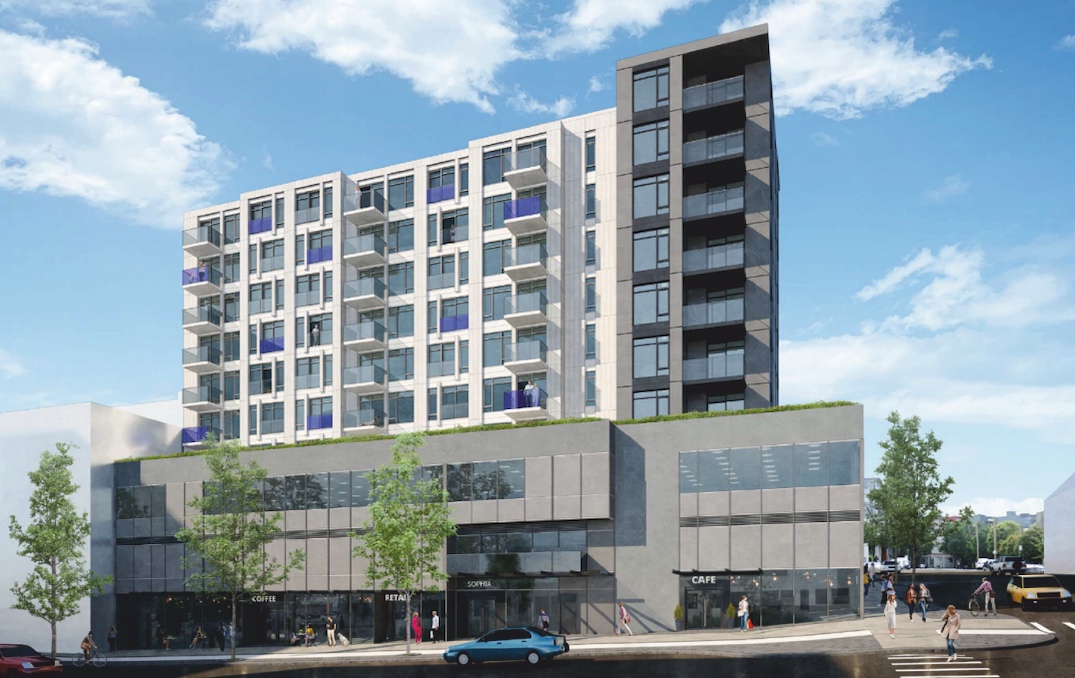