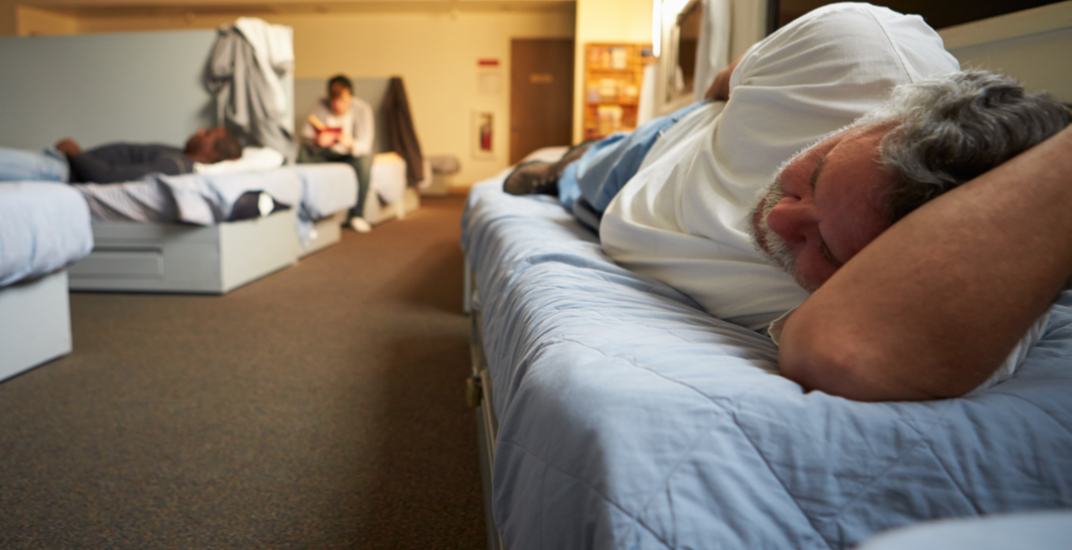 People seeking low-barrier, temporary shelter will have access to 300 shelter beds when the BC government and the City of Vancouver open beds this winter.

The shelter beds will be located at 10 different facilities throughout the city for people who are homeless. This is an increase from the 160 beds that were provided last year.

All shelters will be low barrier, meaning there will be minimum rules to follow, and will welcome people with pets and belongings to store.

Each location will be managed by non-profit housing and shelter operators, with most providing 24/7 support.

In a release, BC’s Minister of Municipal Affairs and Housing Selina Robinson said the extra beds are a “temporary solution.”

She said the new BC NDP government is working on a homelessness action plan that includes long-term strategies.

“We want people experiencing homelessness to get the services they need,” she said.

“That’s why we are working with the city to make sure people in need not only have access to a warm bed, but also meals and health services to help them stabilize and transition into permanent housing.”

The winter response shelters will begin opening on November 1, 2017, a month earlier than usual, providing much needed relief from the November rain and colder temperatures.

“Temporary shelters… fill a critical gap in getting people off the streets and connected to outreach workers and services that will support the transition into safe, permanent housing,” said Vancouver Mayor Gregor Robertson in a release.

“We’re grateful for the BC government’s funding boost this year to open more shelter spaces, a month earlier than usual, on top of 600 temporary modular homes.”

The province is providing approximately $2.8 million for the additional shelter beds, compared to last year’s commitment of $1.6 million. The City of Vancouver is covering the lease and tenant improvement costs for the shelters, for a total commitment of $720,000.

The following locations will operate until the end of March 2018 and most will be open 24/7: